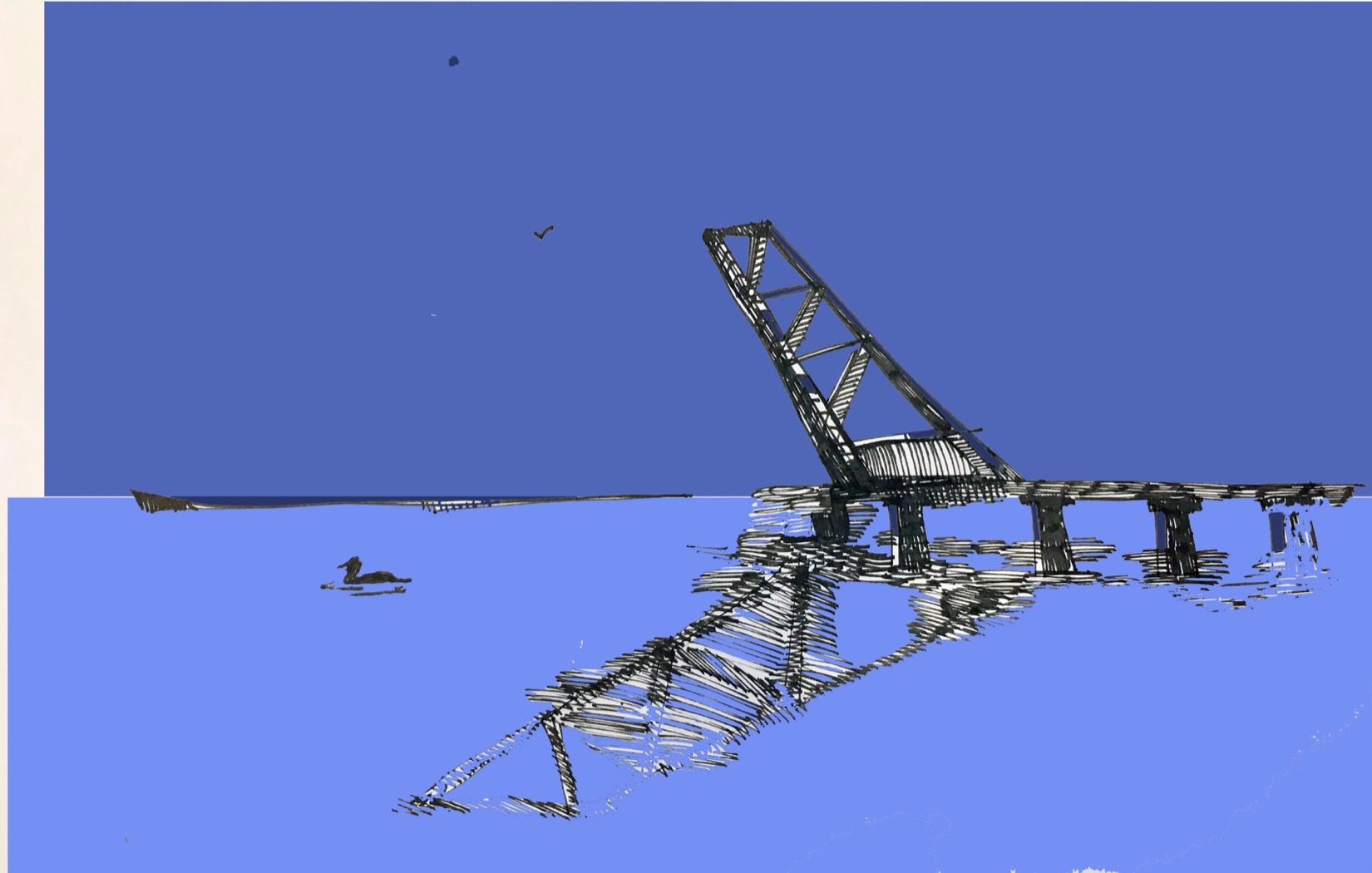 I risk hyperbole when I say that the first time I rode a JUMP bike, it felt like I was flying. I have never driven a car before, so I imagine the freedom I felt on that first ride, around this time last year, was something like what might have inspired Springsteen to write “Racing in the Street.” 20 miles an hour down Hope Street’s smooth asphalt and I wanted to sing: tonight, tonight, the strip’s just right.

By April, the joy of that first ride, and many after it, would come crumbling down. If in certain ways JUMP bikes divided the city down political lines (some of us thought they’d get cars off the road, others threatened to kill JUMP bikers in ProJo comments), they also profoundly united the city by giving us, finally, something to talk about. But before the bikes became cloaked in discourse, they were, momentarily, exuberant.

When they first appeared in Providence last September, JUMP bikes signaled the long-awaited arrival of the sharing economy to the city. After the success of JUMP in much wealthier cities like San Francisco and Santa Cruz, CA, the bikes’ sudden descent on Providence boded well for the city’s image. If you build a service intended for the creative class, the logic seemed to go, a creative class might just emerge to use it.

Of course, one does not up and move to Providence simply because JUMP bikes make Kennedy Plaza look a little sleeker. And so, once they arrived, the bikes served the population that already existed in Providence: working class people, college students, high schoolers. With time, the once-foreign object began to appear in various corners of civic life. We saw the bikes floating down the river, kids rode them to school during last winter’s bus driver strike, and they appeared at the scene of several crimes. Ridership peaked in June of 2019 at around 2,000 trips per day—a staggering figure compared to the roughly 1,700 trips per day taken in the first nine months of JUMP’s existence in San Francisco, a city five times more populous than Providence. Despite myriad disgruntled complaints to 311 about bikes strewn on the sidewalk and riders without helmets, JUMP remained, unequivocally, a hit among its users.

But then, a month after Uber’s disastrous IPO in May of 2019, rental prices skyrocketed. A rider using a JUMP bike for 15 minutes a day would now pay $135 per month instead of $20. The increase in JUMP prices coincided, not surprisingly, with a decrease in ridership and an increase in theft. By August, Providence residents were taking only a few hundred rides per day, many of them illegal. As the ProJo reported, once teenagers figured out how to unlock the bikes with a little jimmying (rather than a barcode), all bets were off for sanctioned, paid rides. As the bikes became integrated into the cultural fabric of the city, the reality of their use wandered further and further from the techno-utopia which they were intended to usher in.

By the time Providence Public School kids started riding JUMP bikes by the dozen through the city in late August, allegedly stealing snacks from dollar stores and terrorizing bystanders, their schools had already been so underfunded and mismanaged that they were unable to provide students with the education and support they need and deserve—not during the school year, and certainly not during the long days of summer. Similarly, once the police arrived on the scene, the force was already too entrenched in its racist practices to pursue any recourse for Black and Brown kids in the city other than arrest, leaving two children, ages 13 and 16, in handcuffs. And when the ProJo reported the story a day after the fact, terming the kids a “bike mob” committing “two-wheeled hooliganism,” the paper had already been so corporatized in its attempt to stay afloat that the prospect of reporting more responsibly on injustice in the city became all but impossible. Amid massive public criticism of the kids for stealing the bikes, of JUMP for strewing their technology across the streets, and of the city for letting it happening, we seemed to forget that the bikes were never the problem to begin with. The problem, when it really came down to it, was the schools, the police, the paper.

The bikes didn’t matter much to Uber, either. The $82 billion company only accrues loose change from a few hundred rides a day in Providence, even if the rides are more expensive than they once were. But what Uber loses in profits, it gains in the more clandestine game of data collection. Even when the bikes are stolen, their location trackers stay on.

It’s hard to know just how Uber will use the JUMP data, and the premise of a physical service existing only for data mining will seem conspiratorial until we see its results and, inevitably, wring our hands. But even if Uber owns the app and the data, for a moment, on a sweltering August day, the bikes—in all their emancipatory potential—belonged to Providence teenagers.

Fate of a Disappointed Bridge by Miles Guggenheim

At the edge of a flat stretch of grass gripping the shoreline of the Seekonk River, a plaque inscribed, “Gano Park—Centuries of History,” juts out from the earth. Here, a thick slab of plexiglass protects an assortment of pictures and drawings. Combined, these different modes of storytelling inject significance into the river bank. Jumping across decades and centuries, they cite events like Roger Williams’ landing and the founding of the Narragansett Bay Oyster Company.

On the water, looming above Gano Park, the 111-year-old Crook Point Bascule Bridge is waiting to be given its own stamp of relevance. Stuck in an upright position, it flies the dark color of rust high into the sky. Since its construction in 1908, the drawbridge has been in the hands of the Rhode Island Department of Transportation (RIDOT) and viewed strictly according to its utility and financial value. Such forces of accounting nearly doomed the bridge in the mid 1970s, when it was no longer lucrative to run a passenger train between Providence and East Providence. But they also preserved the structure in 1976, when it became clear that the cost of its destruction would create a new liability all together. To skirt demolition costs, the drawbridge was lifted, held in the air to keep traffic moving down the river, and abandoned.

Living on in this final, melancholic pose, the structure now often called ''the Stuck-Up'' is the subject of new discussion. In July, these various perspectives were put in conflict when it was revealed that RIDOT had plans to demolish the structure in 2026. In a press conference with NBC 10 News, Charles St. Martin, a spokesman for the department, cited incidents of vandalism, trespassing, and arson as proof that the structure was a growing danger to the community. News of the drawbridge’s impending death has drawn a variety of voices and opinions out into the open. “It’s an eyesore leaching iron into the water,” writes Christine Robillard St. Denis on one of the many polls circulating across Facebook. Meanwhile, in the same thread of comments, Paul J Dallaire Jr. writes, “Leave it up, the bridge is iconic.”

According to an NBC 10 WJAR Twitter poll, 47% of 262 participants are in favor of demolition, while 53% are in favor of preservation. This conflict has been strong enough to draw Mayor Jorge Elorza to the scene. Perhaps sensing that popular opinion is stacked in favor of the bridge, Elorza has proposed to transfer custody from the RIDOT to the city of Providence, which would preserve the bridge as a landmark, saving it from the wrecking ball. To do this, however, the "Stuck Up" will first need to pass before the RI Historical Preservation & Heritage Commission’s gaze, a state agency that takes pride in the ability to identify and protect what it deems historically valuable.

The bridge, of course, was not created to be a sentimetal monument. It was built to make money, raised into the sky to save money, and subsequently kept there for the same reason. Still, even without a clear purpose, the drawbridge cannot help but impose itself over the image and politics of Providence. Massive yet arbitrary, it is beautiful for the same reason it is ugly, sentimental for the same reason it is embarrassing. If it is anything for sure, the Crook Point Bridge is an image of time that has passed: a symbol that refuses to be forgotten, but that also has not been officially processed as “history.” Whether the Stuck-Up stays or goes, whether we learn to see meaning in it or we forget it—RIDOT is forcing Providence to make up its mind.