Mattiello and the Machine

Nicholas Mattiello and the centralization of the Rhode Island House 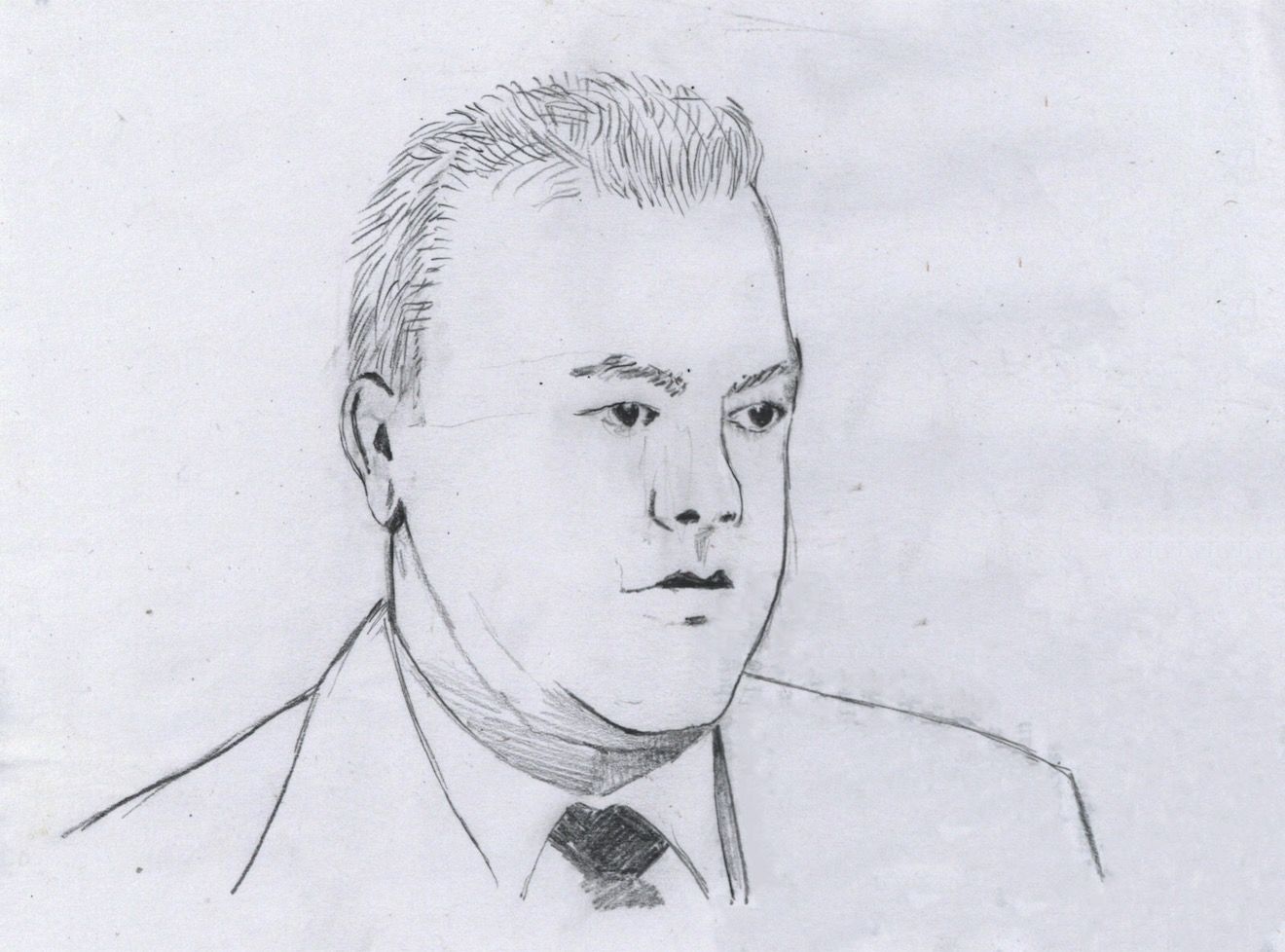 Nicholas Mattiello has been touted as the most powerful man in Rhode Island. This power stems primarily from his position as Rhode Island House Speaker­, which he has held since 2014, as well as his brazen leadership style. Unlike in many other states, in Rhode Island, the Speaker of the House controls the state’s budget, solely decides which bills make it to the floor, nominates judges, and vetoes the Governor’s decisions. For a man with such power, Mattiello lacks the charisma and charm typical of political leadership. While speaking during legislative sessions, he maintains a droning baritone and a wry humor. When he isn’t speaking, his eyebrows stay furrowed and his lips pursed. The Speaker is also not known for choosing his words carefully, once calling employees on Medicaid a “burden to the citizens of Rhode Island.” His power lies not in affability and community engagement, but in strong-arm political maneuvers and fulfillment of campaign promises.

Last November, fellow Democrats organized a caucus dedicated to Mattiello's removal from the position of Speaker. After his reelection to office in January, Mattiello dismissed all nineteen members of the Rhode Island Reform Caucus from the powerful House Finance and House Judiciary Committees. (Mattiello denies that the staff shakeup was retribution for their opposition.)

The Reform Caucus was created to oppose Mattiello’s leadership, promote greater decentralization in the House, and limit the singularity of the Speaker’s power. This advocacy is in response to Mattiello as a conservative old-guard democrat— also known as a DINO, or ‘Democrat In Name Only.’ Members of this caucus, as well as the group Citizens for a Corruption-Free RI, are concerned that DINO-style conservatism does not allow for progressive reform and transparent politics.

Mattiello has been endorsed by the National Rifle Association, defended what critics maintained was a mishandling of sexual harassment allegations against a house representative, and endorsed a pro-Trump candidate running against Representative Moira Walsh, one of his most vocal critics. Prior to early March, he was also supported by Rhode Island Right to Life, an endorsement which was retracted after Mattiello scheduled a vote on the Reproductive Privacy Act, which would codify Roe v. Wade and the right to abortion into state law.

Despite his personal abrasiveness, he has had tremendous political success. Since his entering office, the unemployment rate in Rhode Island has decreased, and wages have increased, due to Mattiello’s pro-business stance. Further, the house has cut social security taxes for low-income residents, and Mattiello has been working to phase out the car tax, which many of his constituents have vehemently opposed. Currently, he is working to establish threat assessment teams in Rhode Island Public Schools to identify and stymie threatening behavior in schools that is often a precursor to gun violence.

In spite of his reactionary politics, Mattiello has maintained his position in a Democrat-controlled state for five years. He was re-elected to office in November by a narrow margin, then to the position of Speaker in January with 47 votes, 12 more than necessary. In a city known for its history of mob-style machine politics, it is not anomalous that a figure like Mattiello rose to such a position of power.

Providence is no stranger to personally abrasive personalities and still lives under the legacy of its late former-mayor Buddy Cianci. While Mattiello has no criminal allegations, his style in office does harken back to Cianci’s approach. By using his power to decide what bills reach the House floor, Mattiello is able to silence representatives with whom he disagrees. In late March, Mattiello allegedly refused to pass anything with Representative Teresa Tanzi’s name on it because she withheld support for his candidacy for Speaker in January.

Situations like this highlight how the centralization of the House poses a unique obstacle to progressive or even bipartisan reform. The purpose of a House vote is for representatives, who advocate for their constituencies, to make legislative decisions. The Speaker’s ability to postpone bills indefinitely runs contradictory to the ideals of representative government.

Beyond silencing opposition in the House, Mattiello bolsters support through the patronage system, keeping constituents on his, and the House’s, staff. This past February, the Public’s Radio’s Ian Donnis published an investigation which found that since the Speaker’s appointment in 2014, government jobs multiplied in his Cranston district. Mattiello’s opposition in last year’s election, Steve Frias, told the Public’s Radio, “I saw people who were working at the Statehouse, on election day and during the campaign season working for him. They are basically campaign volunteers that are paid for by the taxpayers.”

Promising jobs in exchange for support is not a foreign concept to US politics, and politicians have been filling staff positions with supporters and constituents since Andrew Jackson’s introduction of the spoils system. Since then, it has become a regular political practice for a new official to replace current office employees with their own. But as Donnis’s report notes, in Rhode Island this power is specifically vested in the Speaker who controls the Joint Committee on Legislative Services, the body that hires the entire legislature. The Rhode Island Speaker also has the unique power to nominate state judges, a power which few other states allow. While this is not illegal, it does contribute to Mattiello’s ability to maintain power and consistent victories as the incumbent. Elections will not be free and open in Rhode Island if the Speaker’s employment is directly tied to the office.

Last fall, Mattiello and the Rhode Island Democratic Party endorsed pro-Trump conservative Michael Earnheart, who recently changed his affiliation from Republican to Democrat, in his bid against incumbent Representative Moira Walsh, a vocal Mattiello critic. A Mattiello-controlled PAC donated $1,000 to the

Why would the party endorse a candidate well known for a since-deleted racist string of tweets referring to undocumented immigrants as “self-entitled lawbreakers and thieves” and Muslim immigrants to the United Kingdom as “garbage human beings”? Walsh told Slate magazine that the endorsement was punishment for her opposition to his leadership.

In fact, a majority of Mattiello’s opposition, especially within the house, are women. Much of this is due to his mishandling of sexual harassment allegations against Rep. Cale Keable by Rep. Katherine Kazarian. Mattiello did not remove or reprimand Keable, claiming it was “not Statehouse business,” as he told WPRI Eyewitness News. Though Kazarian possesses sexually harassing text messages from Keable, Mattiello maintained that he had no specific facts or evidence to support the allegations. Though Kazarian had lodged multiple complaints as early as 2015,  Mattiello did not remove Keable from his position as chairman of the House Judiciary Committeefor years. He did so personally an hour and a half after the story aired.

Rhode Island may be known for a boss style political culture, but the rising organized criticism towards one of the state’s most powerful men might signal a turn to progressivism in the House. However, this is only possible with continuous pressure to establish greater transparency and division of power within the state government. With Rhode Island’s uniquely centralized House structure, activists and critics must channel action uniquely as well. As revealed by the Kazarian and Keable situation, public pressure has forced Mattiello’s hand. It is another explanation as to why he scheduled a vote on the Reproductive Privacy Act—on which he voted no—after consistently promising not to. With a case like Mattiello on our hands, citizen mobilization in Rhode Island might be the key to break up a very compact political circle.

BRIONNE FRAZIER B'20 unfortunately cannot vote in the state of Rhode Island.