New pathways of communication, histories of warfare, and the practice of listening 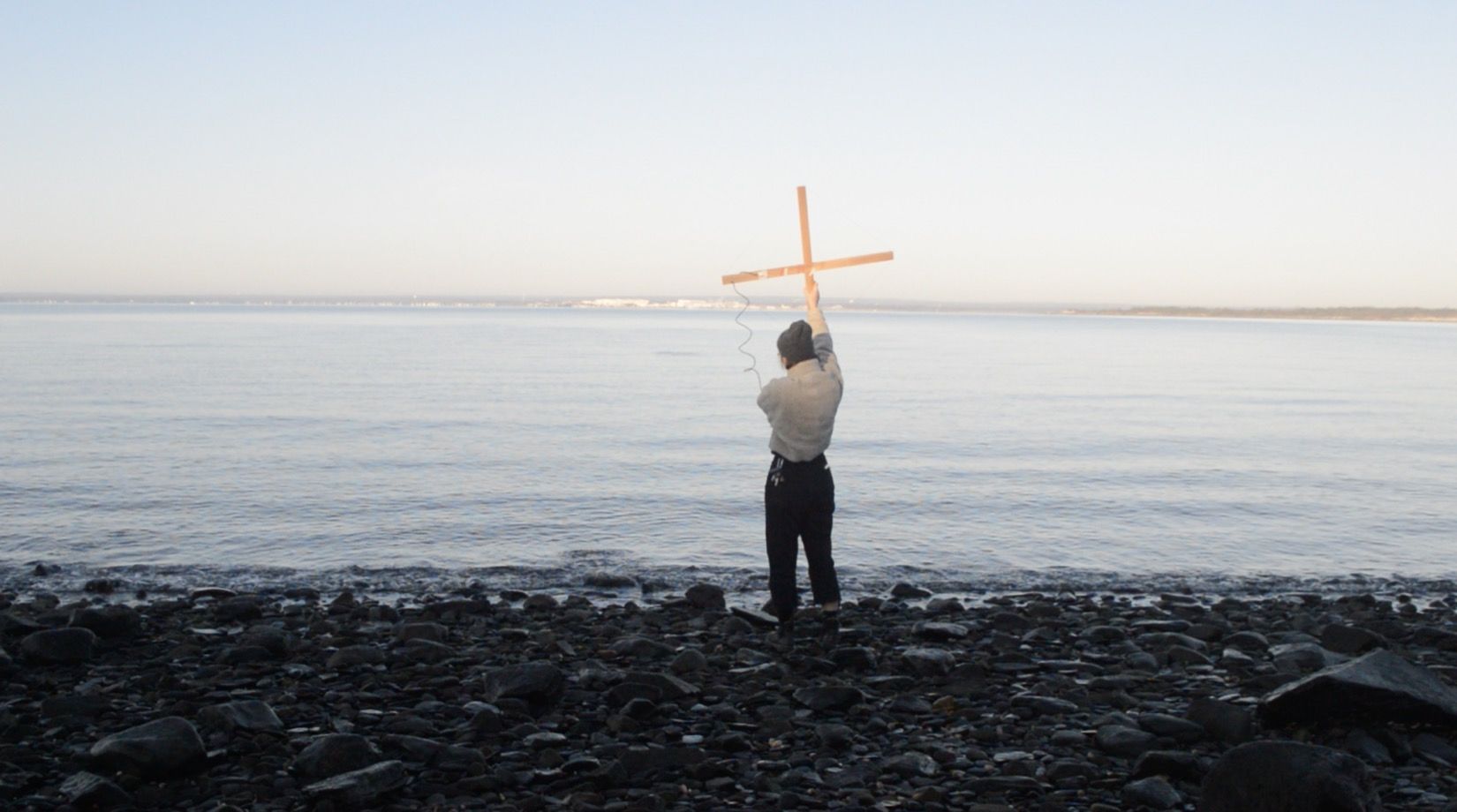 Norbert Wiener first outlined the theory of cybernetics in his 1950 book The Human Use of Human Beings. Cybernetics describe a system of communication and control where humans, machines, and the environment act on each other through information. Wiener concocted the idea of the “steersman” to describe how messages control society—in this formulation, the steersman’s communication commands and directs the boat.

It is perhaps shocking to realize that the pioneers of new networks of communication are often the perpetrators of violence—to sustain colonial and neo-colonial practices, wider nets of information must be cast and linked. To help conceptualize this, think about undersea wire networks, whose fiberoptic cables carry the internet. These lines were laid along telegraph lines, which developed under colonialism to aid imperialism. In this way, in their functionalities, as well as their entrenched physical pathways, communication and information networks restage power dynamics of Western imperialism.

Another useful way to explore this phenomenon is through the history of Extremely Low Frequency Receivers, or ELF Receivers. Extremely low frequencies are a range of electromagnetic frequencies that are, as their name might imply, very low. The spectrum of electromagnetic frequencies humans began using in the late 19th century for signal transmission spans FM radio, AM radio, and HAM radio and walkie talkie range, among others. During the 1950s, the federal government reserved an “extremely low frequency range” at the bottom of the spectrum for the military, partly because these broadcasters were of real benefit to the developing military technology of submarine warfare and partly because they were extremely difficult to build. During World War II, the Soviet Union, India, and the United States undertook the task of digging a metal rod about a mile into the earth and connecting it above ground to distant nodes. This converted the earth itself into the antenna and made the broadcast wavelength as big as the diameter of the earth. But even then, these broadcasters could only transmit ASCII text, a code in which numbers stood for letters. For the most part, the military only ever transmitted short messages, often requests to change to a different form of military communication. The transmitters were phased out when the landscape of technological warfare began to change, and all but one transmitter in India have been dismantled. They nonetheless existed as nodes within a new military communication network, a grandiose manifestation of the World War II cybernetic military complex.

One might need megalithic broadcasters to send out Extremely Low Frequency waves, but what about receiving them? As it turns out, there is a little-known history of listening to ELF waves, with hopes of intercepting not only man-made communication but feedback from stars, comets, and other cosmic entities. In the book Handmade Electronics, composer and writer Nicolas Collins briefly describes 'hermits' who built antennas out of two pieces of wood and wire to ‘listen to the universe’ in the post-WWII US.

I recently sat down with a local research practice artist and Rhode Island School of Design student Molly Hastings to talk about her attempts to build her own version of these hack receivers and the theory behind them. Hastings told me it took her multiple tries to construct the device, and she eventually reached out to Collins to ask what he knew of the receivers. Collins told her that while he wasn’t “a radi0o guy” [sic] he did have some thoughts, and Hastings set out to build a wooden cross with very thin wire wrapped many times around. This way, the resistance could build up to about 200 ohms, enabling interception of extremely low frequencies.

When I asked Hastings what she was hoping to find, she expressed to me that her desire wasn’t to find anything at all, but rather to listen. Such a practice of listening taps into one arm of cybernetics, a branch wherein feedback in systems of communication opens up truly radical networks, allowing the receptor of a message (i.e. the receiver of control) to send a message back (i.e. to equally influence and control). Committed to letting sites of now abandoned military structures talk back to her, Hastings took her receiver to an arms depot on Prudence Island, in Narragansett Bay, which faces a now defunct submarine naval base. She imagined there could be an ELF broadcaster there and that the island would be far enough away from the electric grid. What did she hear? “Obviously, nothing,” she said, “mostly just vrrrrrrrhhhhh.” Seeking radio emissions from the world around her and from the now abandoned submarine base, Hastings dove directly into the apparatus of this cybernetic power. But for Hastings, it’s not just about networks of communication, but “a listening practice.” This reception of incomprehensible noise lies at the heart of her work.

She described the landscape of the site, and the extremely low frequencies themselves, as a ghost town, a network of interlocking structures left behind by the military after World War II. But rather than just trying to reconceptualize those structures as a steersman, Hastings attempted to develop a relationship with the ghostly apparatus of violence, the oars and the boat left behind. As Hastings approached the base, her goal was ultimately to develop a meditative practice of deep listening, thereby reconstructing the purpose of these devices outside of the military complex and reinscribing systems of dominance with new relationships to communication.

Deep listening is a concept pioneered by Pauline Oliveros, who describes it as an “aesthetic [that] is designed to inspire both trained and untrained performers to practice the art of listening and [respond] to environmental conditions in solo and ensemble situations.” Her work was foundational to Hastings’ explorations in the void of violence, in the ghost town of military technology. This deep listening becomes then a new ecological practice in which an awareness of the marks humans have left on the environment opens and equalizes the information flow through a deep meditation on and respect for the world around us. This cybernetic process of feedback distinctly differs from the work of famous cybernetic artists and poses a critical intervention.

For Hastings, it was not a matter of finding some answer in listening or hacking the system to send new messages, but of formulating a practice along the contours carved out by violence. This methodology not only reconstructs networks of communication that previously enabled violence (toward both people and the environment), but also allows for the development of a relationship with such histories of violence. Building an ecology, for Hastings, is personally affective—deep listening is an internal and external experience—and, most importantly, a way of accessing and processing information without taxonomizing either that information or our emotional response. Hastings felt physical strain, anticipation, excitement, confusion, reverence. Radically, in a world that inherently discriminates as it categorizes, this process demands that one hears the noise of histories and relationships without ordering, listening and respecting without demanding an assimilation of information into hegemonic taxonomies. Hastings’s work, likewise, asks us to hear what we cannot understand and to build a relationship with it all the same. To recognize our effect on each other, the environment, and machines without dominating through a promotion of feedback. This reinhabitation and reterritorialization is the work of listening and the work of radical networks. It is also the work of Molly Hastings’s Extremely Low Frequency Receiver.

ALEXIS GORDON B’20 wants everyone to build their own ELF on a Shelf.