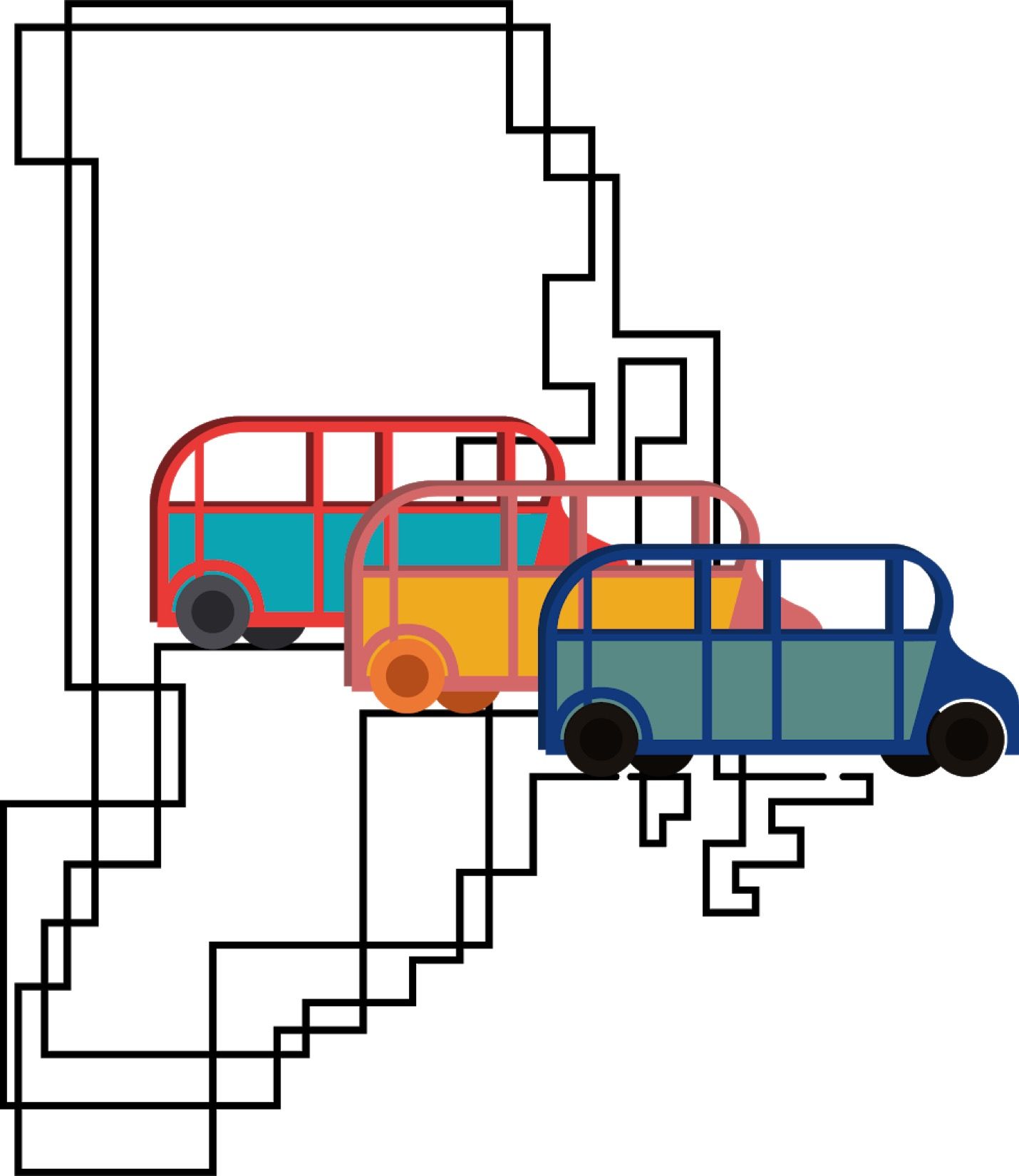 Years from now, in the throes of the Artificial Intelligence Takeover we all know is coming, when historians investigate the buildup to the robot crusade for world domination, they will inevitably single out 2019 as the beginning of the end: the year public transportation went autonomous (at least in Rhode Island.) Indeed, it is here in Providence, the beloved hometown of the Independent, that driverless transport vehicles will make their next public appearance, for better or worse. Last year, the Rhode Island Department of Transportation (RIDOT) announced it was accepting proposals for the state’s first autonomous public transit system. In a recent press release, the city named Michigan-based vehicle manufacturer, May Mobility, as its chosen partner in the endeavor to introduce self-driving buses to the Providence circuit. Once in effect, the six-seat golf cart–esque shuttles will offer free rides along a 12-stop route between Olneyville and Downtown Providence.

The RIDOT hopes to launch their fleet of “Little Roady” shuttles sometime this spring, as soon as they’re certain the buses won’t take any impromptu off-road detours, a possibility that manufacturers have been working diligently to avoid. May Mobility CEO Edwin Olson has assured the public that the shuttles’ 30 plus sensors are fully equipped to deal with all that Rhode Island has to throw at them, including Providence’s infamously erratic drivers. According to Olson, the shuttles have been programmed to “follow the rules of the road, just like a human driver would.” They stop for pedestrians, they stick to a 25 mph speed limit, they boast the occasional fit of road rage—you know, the usual. Regardless of the shuttles’ suspiciously anthropomorphic abilities, ongoing safety inspections are currently underway at the North Kingstown Golf Course. And, while the city turned down the Indy’s offer to personally test the latest shuttle prototype, we can at the very least report that no major glitches—or, more importantly, signs of robot aggression—have yet to occur.

The introduction of self-driving transportation into busy traffic routes like Providence’s city center is part of a larger ongoing study focused on the assimilation of driverless vehicles into the mainstream. As of now, individually owned autonomous vehicles are few and far between, but tech giants like Elon Musk have been increasingly pushing for a mass adoption of Teslas and the like. In truth, the self-driving vehicle industry is just beginning to take flight—not literally, of course, although Providence did receive a proposal for a “flying pod” system, an emerging type of infrastructure resembling something of a giant ski lift. For Rhode Island, shuttles are just the beginning; and, while RIPTA won’t be going anywhere for awhile, city officials hope to use the Little Roady project to gauge what types of steps would have to be taken if the city eventually chose to transition to all-autonomous vehicles.

In any case, Providence and cities around the world may be ill-prepared for a Jetsons reality of flying cars and robot maids, but projects like the May Mobility partnership may soon usher in a new way of travel, serving as an instructional precursor for the future. And, even though the threat of malevolent Transformer-type automatons still looms in the back of the public’s mind, there’s no immediate reason to let this fear hinder the people’s access to cheap transportation. So, for now, we will welcome the Little Roady’s with open arms. Nevertheless, as new technologies grow increasingly independent-minded, the Independent will definitely be sleeping with one eye open.

In a world where the lines between fact and fiction are so often blurred, it seemed like Abraham Lincoln’s unattractiveness was one shred of information that could be relied on as invariable. Physical descriptions of Lincoln often include the word “homely,” or the fact that the Civil War aged him terribly. Little did the American people know what national treasure had been hiding in Los Angeles for decades. An image has recently been circulating on Twitter of a statue of Lincoln located in the Los Angeles Federal Courthouse, by artist James Lee Hansen. Hansen won a contest in 1939 commissioned by the Fine Arts Section of the US Department of the Treasury to create the statue.  Lincoln’s bangin’ body is reportedly based off Hansen’s own physique and sources say he used the prize money he won to buy a car, which he subsequently crashed and had to serve jail time for. If that’s not the American dream, I don’t know what is.

This rendition of Lincoln has truly been given the LA treatment as it features him looking down right swoon-worthy. He holds a book in his left hand and the other suggestively tugs at his waistband. He seems to have emancipated his shirt and his expression is blue steel-adjacent. This statue is not of Abraham Lincoln, the 16th President of the United States.  No, this is Abe, the smoldering law student who wants to make a difference. The one who just finished cutting down trees to build his own log cabin.  He is so sensitive, but also isn’t afraid to declare war on the American South if he needs to.  It’s like looking at one of former President George W. Bush’s paintings.  The work is so beautiful, you almost forget about his politics.

The popularity of this statue not only raises questions as to why this version of Lincoln isn’t on the five-dollar bill, but also about what versions of history prevail. Lincoln’s presidency was marked by numerous achievements, but certain elements of his legacy seem to have been forgotten or possibly even omitted from popular memory. For example, while Lincoln did strongly oppose the institution of slavery on a moral and political level, his agenda during the Civil War was not as focused on emancipation as some may believe. In his letter to Horace Greeley he wrote, “My paramount object in this struggle is to save the Union, and is not either to save or to destroy slavery. If I could save the Union without freeing any slave I would do it, and if I could save it by freeing all the slaves I would do it; and if I could save it by freeing some and leaving others alone I would also do that.”  A quick Google search of the phrase “young Lincoln statue” shows that Hansen was not the only artist to take up the challenge of glossing history with their own dreamy renditions.

While this may warrant a different degree of analysis than other historical lore such as George Washington chopping down the cherry tree, it does make one question how complete the accounts we believe to be true really are. (In Washington’s case, no amount of creative license can make a man with wooden teeth seem desirable.) And furthermore, it causes us to think about what institutions that have prevailed in curating a sort of common knowledge history.  Surely, whoever decided that the image of old bearded and stovetop hat wearing Lincoln should be more popular than hot, young Lincoln is out of their mind. A commemorative statue quite literally sets in stone one’s legacy.  Just as it is easier to think of Lincoln in terms of his accomplishments, it is more pleasant to see him as a young hunk.  A campaign to commission Hansen to recreate his art piece on a larger scale to replace the current Lincoln monument would surely gain much attention–and he should throw in a Barack Obama statue while he’s at it.

FUCK STRAWBERRY SHORTCAKE, OR SOMETHING ABOUT ANIMAL LOVE by Maya Bjornson​