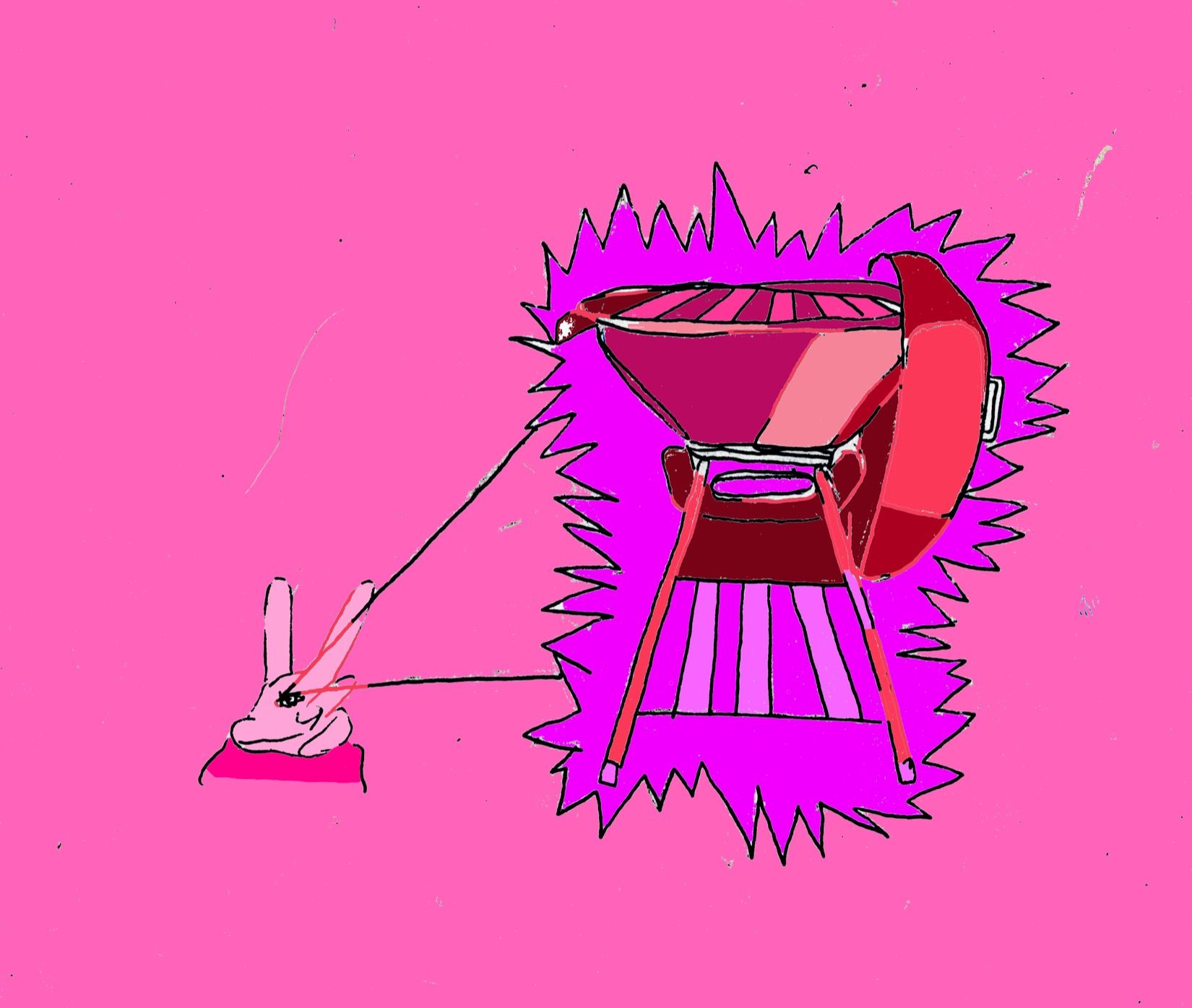 LOST IN TRANSLATION, ONCE AGAIN

Ariana Grande, America’s sweetheart as of late, continued our country’s long-standing tradition of getting a tattoo with a poorly translated phrase from a foreign language. To commemorate the release of her new single, “7 rings,” she got a hand tattoo with the two Japanese kanji symbols “shichi” and “rin,” which mean “seven” and “rings” separately, but when combined into “shichirin,” mean “small charcoal grill used for cooking barbeque.” The internet, with its expected ruthlessness, erupted into chaos after Grande posted a picture of her new tattoo on Instagram. At the time of publication, it’s currently unknown what source Grande had consulted to arrive at this incorrect translation, though it is apparent that Google Translate fails even the most talented and cunning lyricists of our generation. The Grammy winning artist joins the ranks of numerous other celebrities that have received mistranslated tattoos. Honorable mentions include “strange” on Britney Spears’ hip and “ice skating” on Justin Timberlake’s impressively sculpted bicep, though both date back to the mid-2000s, an era when hideous tattoos were more commonplace and online vitriol less so.

The translation error has polarized social media. Some users were forgiving, like Japanese Youtuber Yuta Aoki, who said, “It’s not really illogical to think it means ‘seven rings,’” citing, for example, how “gorin” means “5 rings” and it combines the characters for “five” and “rings” in the same way. Yet most were angry or confused: one tweet from a Japanese user read, “Didn’t her staff tell Ariana that ‘shichirin’ means ‘a Japanese BBQ grill’ before she got the tattoo?” (Grande’s representatives still have yet to respond to our interview requests over Instagram DMs.) Meanwhile, other users accused the singer of blatant cultural appropriation, saying she wanted to use Japanese characters for their aesthetic without having any relation to Japanese language or culture. Ariana stans—i.e. stalker fans—have claimed that Grande has actually studied the Japanese language for several years and has previously gotten tattoos of cartoon characters from Pokémon and Spirited Away. But such a long-held appreciation for Japanese culture does not absolve Grande of her mistranslation error; it just means that the starlet is also a total weeaboo.

In all fairness, Grande has tried to correct the translation under the guidance of her Japanese tutor. She seems to have taken the controversy lightheartedly, posting her updated tattoo on the ‘gram with the accompanying caption: “rip tiny charcoal grill. miss u man. i actually really liked u.” In next week’s Independent, we will consider the cultural politics and possible intentionality of Grande’s shoddy tattoo as a form of postmodern critique in the vein of the deconstructionist school by Jacques Derrida. Grande might have intentionally tattooed “small charcoal grill” on herself to comment on the distinction between text and meaning. In her seminal 1964 essay “Notes on ‘Camp,’” Susan Sontag writes of such questionable aesthetic choices: “It's good because it's awful . . . Of course, one can't always say that.” But in this case, we definitely can. It’s so good.

“Let them eat [mouldy jam with their] cake,” quipped British Twitter user @HelenMGoodman, responding to a recent revelation about British Prime Minister Theresa May’s jam preferences. On February 12, in a Cabinet meeting with her senior ministers, May admitted that instead of throwing away jam that has developed mold on the top, she scrapes off the fungus and eats what is underneath. In her own words, the remainder of the jam is “perfectly edible.” Furthermore, she suggested, presumably drawing from decades of jam-scraping experience, that consumers should not be overcautious when throwing away seemingly expired food. Instead, they should use “common sense” to determine what is still edible. (This is not the only time May has invoked this phrase recently: last August, she claimed it was simply “common sense” to prepare for no deal on Brexit.) From the pantry to the cabinet, May’s edict for her country is consistent.

The Prime Minister allegedly divulged her jam custom during a discussion on food waste, offering a suggestion for how the British public, which produces nearly eight billion tons of food waste annually, might better conserve food. Since the announcement of the proposed Brexit deal, food management has become a pressing issue in Britain. With preparations for the EU withdrawal disrupting agricultural production and government austerity measures increasing food insecurity, May believes that the British people need to make use of what they have—moldy jam included.

Given the sacred status of fruit preserves in British culture, May’s comments have sparked fierce public debate, leaving her in a sticky situation. (After all, this is the country where, when ministers proposed in 2013 to loosen legal regulations on jam, one MP called it “the end of the British breakfast as we know it.”) Traditional news outlets have dipped a finger into the controversy, with the Daily Mirror dubbing the controversy “Jamgate,” and the Washington Post wondering: “Theresa May reportedly scrapes the mold off jam. Is this the perfect metaphor for Brexit?” Indeed, many journalists have likened May’s jam preferences to her political proposals regarding Britain’s move to leave the EU. They see her attempts to push through a deal as a way to discard the unsavory bits of Brexit and, in the words of the Daily Mirror, “pretend it’s a sweet treat for all.” Still, more commentators have used this gaffe as an opportunity to compare May to Labour leader Jeremy Corbyn, who is known for being an avid preserver of jam himself. When asked about Corbyn’s position on Jamgate, a Labour spokesperson said: “Jeremy’s love of both making and consuming jam is well known and he doesn’t ever allow it to get to the scraping-off stage.”

Jamgate has also spread to Twitter, where Brits have taken to criticizing May, not only for her eating habits but also her politics. Some, like Helen Goodman, have likened her to a contemporary Marie-Antoinette: out of touch with the public and indifferent to their plight caused by her policies. @GaryDWLawrence offered this poignant analogy: “Brexit: remove jam and eat the mould.” @johnfidler further lambasted May, adding his own spin to her words:  “Theresa May: ‘I scrape the mould off jam and appoint it Transport Minister.’” However, some Twitter users have come to May’s defense. @adamdkent invoked another British staple to profess his support for Brexit, saying, “What we want after Brexit is to be free of a nanny state, where common sense prevails & political correctness is replaced by logic & empathy, we do not need to be told if sausages are good for us or if toast kills! Anyone ever notice that Stilton like Jam has mould. #freedom.” Finally, some have pointed out what they see as the utter preposterousness of the whole situation: as @Meep_Axel wondered, “Who keeps jam long enough for it to collect mould?”

And so, much like her jam, Theresa May has no choice but to try to salvage Brexit, something quintessentially British that she has had on her hands for far too long. In this unpalatable position in which she finds herself, neither tossing the past-due deal nor trying to preserve what remains seems particularly appealing to her or much of the British public. Perhaps May should take a page out of Jeremy Corbyn’s proverbial recipe book, and try to concoct something more appetizing.