an interview with Jason Juren 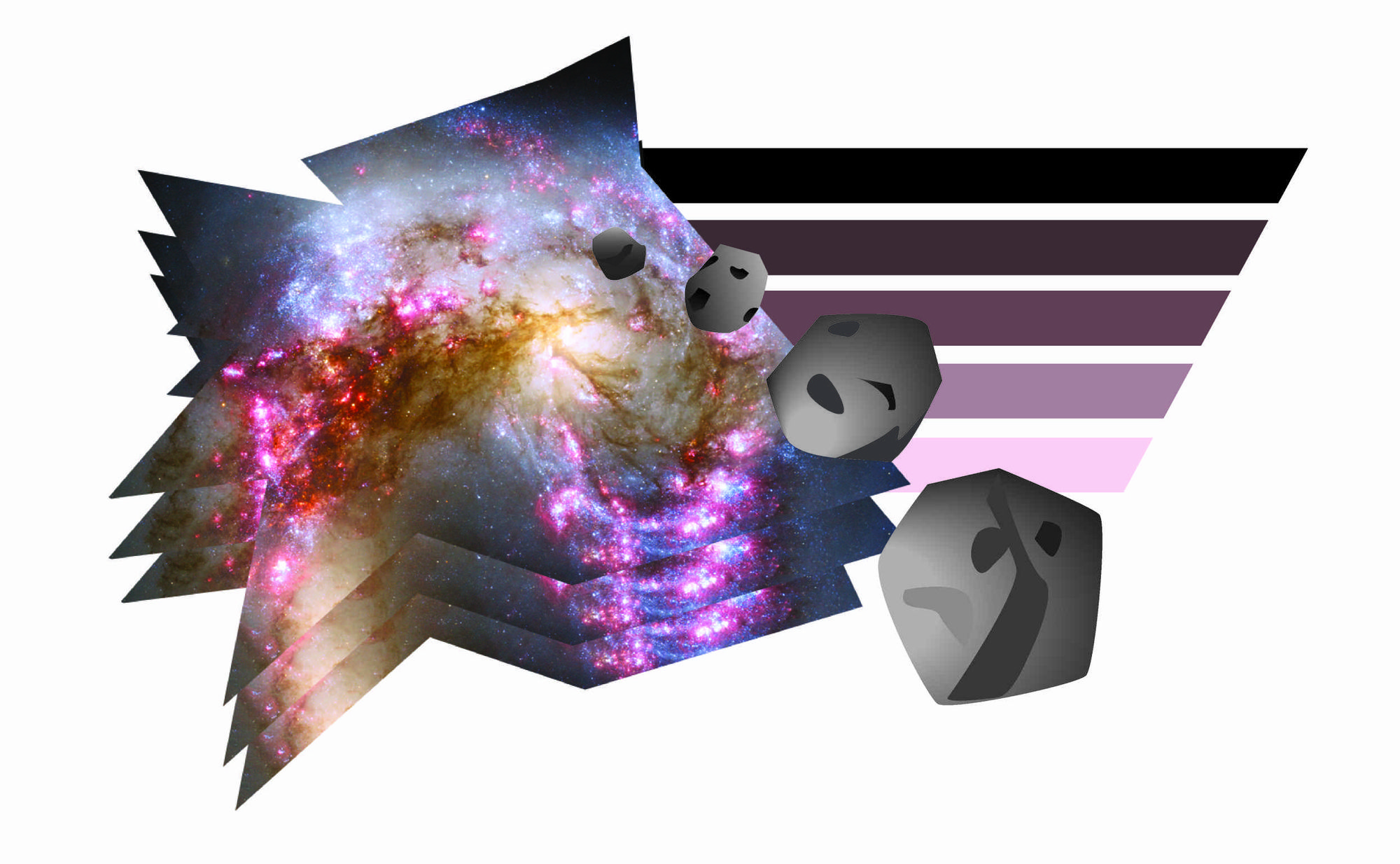 Jason Juren, a recent graduate of the University of Houston Law Center, wants to be a space lawyer. Specifically, a lawyer on the frontier of the asteroid mining field. Science fiction, this is not. Space law straddles the gap between precedent and prediction: How have humans dealt with exploration, colonization, and resource division on earth, and how will these earth-values be applied to future situations in space? As a field, space law became globally relevant amidst tensions leading up to the 1957 Sputnik launch—if the US or the Soviets reached space first, what rights would they acquire? Do nations have the right to use space for military purposes (such as missile-armed bases)? Better to get laws on the books up front, setting space aside for peaceful purposes and designating its celestial bodies as the “Common Heritage of Man.” As a result of this era of treaty-making, the moon does not belong to the US, despite Neil Armstrong’s 1969 moon landing.

Juren earned his Juris Doctorate after completing his senior paper, titled “Livin’ on the Edge...of Space,” which dealt with topics of space law relevant to enabling and supporting an extraterrestrial US civilian population. His paper looks at everything from the nitty-gritty (how are orbiting space objects registered to avoid collision? Are nations liable for the actions of their space personnel or the rescue of citizens in space?) to the philosophical (what rights do human individuals and nations hold to the vast resources of space?). While his earth-bound peers may chuckle outright at the mention of “Space Law,” Juren believes that the smooth running of future space exploration depends on this field of scholarship. I found Juren while browsing the Heinlein Prize Trust website, which encourages commercial space activity in memory of Robert A. Heinlein, renowned American science fiction writer. Though at first glance space law may raise eyebrows, it becomes all the more fascinating for the tension it explores between the fantastical hypothetical and legal scholarship.

The College Hill Independent: Your paper focuses on the concerns of a US colonization of space. Do you think the US is the nation closest to achieving the establishment of extraterrestrial settlements?

Jason Juren: This is a hard one. Political winds can change in an instant, and some new breakthrough could catapult another nation ahead in the space game. As it stands, the US is probably the closest just by virtue of its technological and industrial might, but that could easily change. The real key is to watch how space privatizes. If low cost launches are a reality, the highest bidder could be the one to colonize another place. It also depends upon the scope of what we mean by “extraterrestrial.” If the moon counts, we’ll probably see a moon base with a semi-permanent population of a few dozen within 50 years. If we mean Mars or another solar system, it could be centuries depending on how much of a jerk the light-barrier feels like being and whether or not we can break it with manned craft. If companies like Planetary Resources, Excalibur Explorations, and Deep Space Industries succeed in mining asteroids within the next few decades, that should open up a huge door to commercial space travel, which can only foster the odds that we’ll colonize something.

The Indy: To what extent will laws derived from the legal precedents of very specific nations/schools of thought (for example, western capitalism) be relevant or appropriate on global (or even “universal,”) levels?

JJ: This is a big one. In fact, most of the fight is here. (Of course by “fight” I’m referring to the academic slap-fight that’s happening between a handful of scholars over whether or not a person can privately own space resources). In my opinion, it is vital that individualism and industry take root in space law. As my paper discusses, there is a huge body of thought that feels that every person has an equal share in the resources of space and that private activities must share their fruits with the rest of the world in a redistributive manner. As for why that’s bad, I point to the UN Convention on the Law of the Sea (UNCLOS). The UNCLOS embraces the idea that minerals found on the sea floor in international waters belong to everyone and any such resources retrieved are taxed heavily and redistributed with the miner getting more of a “finders fee” than profits from the venture. The UNCLOS is decades old and the technology to mine the sea floor is just as old, but to date there has not been a single commercial mining operation because the UNCLOS has made it economically unattractive. Should a similar scheme be adopted for space, I fear that industry will be stifled and that meaningful development will cease.

The Indy: On a similar note, I’m concerned about the field of space law as being very “earth-centric” and particularly “human-centric.” I am struck by the 1979 Moon Treaty’s declaration of celestial bodies except earth as the “Common Heritage of Man,” (CHM) requiring that resources extracted from outer space be distributed across human society. I suppose I find it interesting, on a cultural level, that earth is not considered the common heritage of man, and that other objects, which man has never visited, are. What do you think is behind this ideology?

JJ: Ostensibly, the common heritage doctrine is a show of unity, utopian aspirations, and world harmony. Everyone gets along and shares everything, but my personal take is quite a bit darker. I suspect that much of the CHM and similar language was put in place specifically to slow down the expansion of other nations. History has shown that nations are rarely altruistic. There’s almost always some other interest at play. The Soviet Union had a lot of influence on the CHM concepts and their reasons were to check the spread of western ideals from becoming entrenched in space law. In effect, every nation at the time was trying to freeze the space race to buy more time to jockey for position until such a time they had a competitive advantage, at which time they’d abandon the doctrine. Of course, the Soviet Union collapsed, and I find it endlessly ironic that the CHM ideals took root with a lot of western thinkers in the absence of the group that first proposed it.

The Indy: In the case of contact with other civilizations, how do you think this “earth-centric” ideology (seeing humans and earth as the “center of the universe”) will hold up?

JJ: Regarding another civilization, this touches the topic of Metalaw. I think the first thing another civilization would do if we told them “Hands off the universe! It’s our common heritage, not yours,” is that they’d look at us funny and then either nuke us or just laugh at us. If we do manage to make contact, I think the theological, social, and other ramifications will be so great that space law will kind of be disregarded as society reshuffles itself. If nothing else, I think that eventually the existence of another race would force humanity to recognize that the whole universe isn’t just ours and that we’d stop treating space property different than terrestrial property.

The Indy: Thinking about settlements that are too deep in space to maintain communication, what are the implications for enforcing law in these colonies? What rights do space colonies have?

JJ: Governing colonies is a huge deal, and my personal take is that a proper foundation of control is built only upon respect and mutual gain. For example, each of the 50 states would lose more than it gains by leaving the US. We accept federal control because it is in our overall interests to do so. Early colonies will likely be dependent on earth for supplies, so I don’t see too many early rebellions, but as they become autonomous this will be a huge concern. I think the answer to this lies in history. The Roman, British, and other empires can teach us a whole lot about what not to do with wayward colonies. I’m a huge fan of the BattleTech universe wherein earth established many extra-solar colonies and lost control over most of them because they couldn’t meaningfully extend their reach to the frontier. Just as the British empire had trouble extending its might to certain frontiers, the fictional government in BattleTech lost control. I wanted to have a section of the paper that detailed several constitutional amendments that dealt with annexing and governing new colonies in space. In the paper, given more time, I wanted to propose that each new colony be treated as a state (or something similar) that was fully capable of governing itself and that secession be built into the legal framework.

The Indy: Now that you have graduated, what is next for you? Are you incorporating this thinking into your next profession? Do jobs in the field of space law exist?

JJ: Well, the next thing I’m trying to do is get involved in the burgeoning asteroid mining field. I’ve been doing some legal clerking for one of the companies that hopes to launch a mining operation within the next decade, and I’ve also been assisting an Art Dula with the International Academy of Astronautics Study Group 3.17 on Space Mineral Resources.   Because the field is so new, any job I get long term I’ll have to create myself or shake out of a tree, but I’ll keep at it. It’s something that I love, it has the potential for a lot of revenue, but most importantly it helps bring us closer to the stars. By these efforts, humanity can continue its exploration into the incredible vastness so that we may marvel more closely at the glory of creation, and that is the most exciting thing of all.

Jehane Samaha B’13.5 is intergalactic.