Juggling multiple interests in the improvements to Kennedy Plaza 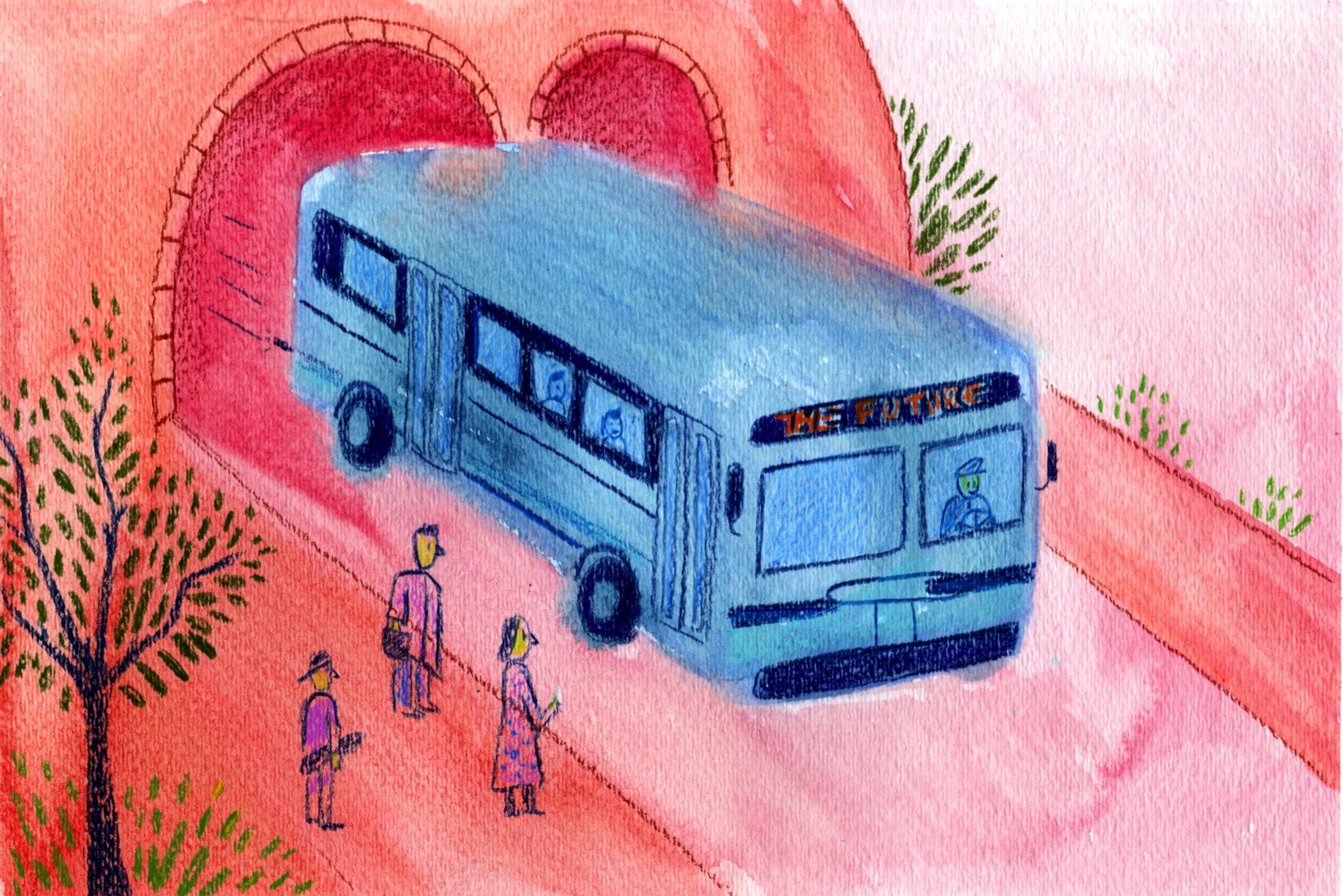 Although plans to improve the downtown area have been a topic of conversation in Providence over the past decade, the City only recently began a more concerted effort to improve Kennedy Plaza. In 2015, when a Rhode Island Public Transit Authority (RIPTA) bus struck and killed a nine-year-old girl on her way to school, it became clear that the City has to focus on pedestrian safety. In light of a series of other tragic deaths involving RIPTA buses, and the city’s desire to upgrade public recreational experience, work will begin in 2019 on the most recent plan to reconstruct the transportation hub. The city aims first to improve the logistical aspects of the area and, second, to create a successful heart for Providence, downtown, and the state at large.

The “bus is turning” warnings that sound on Providence street corners serve as an uncanny reminder of the multiple tragic deaths that have resulted from the RIPTA system in Rhode Island. Because bus traffic is so congested in the downtown central area of Providence—a popular place for pedestrian activity—redistributing bus traffic can minimize this safety concern. The downtown center represents the aspirations of the city but in neglecting the security of pedestrians, Providence lets its residents down.

The City has also been trying to make the downtown area more livable. In the past ten years, landscaping and bus improvements have been enacted. Additionally, design committees have submitted project proposals that enable the city to create a long-term vision. Since then, a long-term design was created by a team including Union Studios, Project for Public Spaces, Birchwood Design Group, and VHB which can be viewed online. This project stemmed from a conversation including the voices of private design organizations, government, and public crowdsourcing. As presented at a City meeting this year, the City’s goals primarily relate to safety, specifically in bus circulation, vehicle circulation, pedestrian safety, and bicycle safety. The final goal, which is currently the least developed, is to improve the public space.

Don Powers, a designer at Union Studio who worked on the original project, told the Indy that “The biggest problem is that it’s trying to operate both as a transportation hub for the bus network and a social space.” The impetus for his vision, and that of City, is to make Kennedy Plaza into a city center that “allows all sorts of users,” he told The Indy. Ideally, not only would the city center serve all residents, but the public would also share a sense of ownership of the area, both as far as accessibility and ensuring a pleasant experience. A successful public space has goals of both community usability and enjoyment—the aim of such a space is to be safe and pleasant for everybody.

In urban design, thinkers like those at the Project for Public Spaces, a nonprofit that consults on public spaces in order to improve communities suggest that a public space should include multiple functions, including public amenities like a park, bike trail, or cafe. Kennedy Plaza, in this way, serves a potent opportunity; already, it offers space for public recreation, transportation for bus users, and events. However, it does not balance these various capacities in a way that accounts its maxiumum utility—the utilitarian and social needs instead function against each other.

The primary purpose of Kennedy Plaza is bus circulation, as Bonnie Nickerson, Director of Planning for the city of Providence, explained in a presentation on the City’s plan. In the past six years, thinkers in city planning have shared the concern that this area has been designed almost exclusively for this purpose. From an architectural standpoint, this is far from ideal. In 2017, Friedrich St. Florian, architect and professor emeritus of the Rhode Island School of Design, and Dietrich Neumann, director of urban studies and an architecture professor at Brown University, wrote a proposal, published in the Providence Journal, to remove bus stops from the area altogether. The immediate plan to counter the public safety concern will remove the bus stops on Exchange Terrace, Fulton Street and East approach, making Washington Street the main transportation hub and leaving the other streets clear for pedestrian use and vehicle traffic. Additionally, the service between Kennedy Plaza and Thayer Street will be improved with the introduction of bus only lanes. This attempts to resolve the problems with RIPTA, and builds on steps the bus company took to do with training and investigating staff to deal with safety concerns for pedestrians.

To address another purpose of the Plaza—private vehicle use—the city plans to redesign the intersection on Memorial Street and Fulton Street and make Fulton Street available for two-way traffic. This, in addition to the changes in RIPTA circulation, will also help with a third mode of transportation: walking. The efforts to improve the area as a transportation hub will be buttressed by more noticeable crosswalks, fences, and trees to indicate safe places for pedestrians to walk and navigate the area.

And to improve bike safety, the City has plans to provide a two-way protected bike lane on Exchange Terrace. Bonnie Nickerson, director of City planning, pointed to the improvements the city does plan to make for bike friendliness, though she suggested that in the future, there could be further improvements.

Beyond just transportation, Nickerson addressed the plans for the improvement of Kennedy Plaza as a public space. While the mitigation of the traffic concerns does offer an opportunity for a more pleasant pedestrian experience, the positive improvements she suggested remain underdeveloped. She mentioned a list of ideas, including a farmer’s market, pop-up art installations and an opportunity for temporary structures, like tents, food trucks, and recreational activities. She also talked about a potential call for artists to design proposals for ground murals. However, none of these ideas made it onto the timeline for the actual construction of the project, which will begin next spring.

The Plaza renovation essentially works in phases. Eventually, the idea is, by an organic process, and as money becomes available, the City will further develop the project to more fully expand to meet the needs of the public, both practical and recreational. Since at this point, the concerns being addressed have almost exclusively to do with the bus system, and other problems with the transportation system centered in Kennedy Plaza, the consideration of how this will impact cost of living seems secondary. The immediate fact is that the current circulation in the downtown area of Providence has dire consequences, and the City needs to takes its first steps to address. However, longer term, the City would ideally prioritize recreational activities, building on the park, shopping, and ice skating rink. The City, and the State, would have a heart that reflects not only the physical safety of its citizens, but their multiple needs and interests.

When considering improving a public space, urban designers must consider how it will impact users. “Everyone involved in this project has been very sensitive to the fact that is a public space,” Powers told the Indy. Because Kennedy Plaza is not residential, making improvements would benefit public experiences. Oftentimes, the people most resistant to the improvement of public areas have a preference for private streets and enclosed areas, but a public space that is really successful feels like it belongs to everyone. Instead of focusing on demographic distinctions, users have an opportunity for a sense of joint ownership. In its best form, public space can overcome social divisions; it becomes common ground, where people can enjoy recreation, public events, and the outdoors. It is essential that common ground provides safety to its users—but a more hopeful visionary might also imagine a place everyone shares that is aesthetically beautiful.

In Denmark, Jahn Gehl’s firm attempts this. The firm he started, which has studios in Copenhagen, San Francisco, and New York, has a global influence and a legacy of designing “cities for people.” Gehl, an urban designer who became prominent in his people-oriented approach to urban design, told the Indy, “cultures and climates differ all over the world, but people are the same. They’ll gather in public if you give them a good place to do it.” His desire to create spaces for the public good included a balanced combination of functional and pleasant design. “Public life in good public spaces is part of a democratic life and a full life,” he said.

For downtown Providence to improve urban life, City planners and creative thinkers need to come together and think beyond the immediate safety concerns. Kennedy Plaza offers a potent space for this possibility. However, most of the money, which comes from the state ($2.5 million) and city governments ($500,000) has been designated for infrastructure improvement. Down the line, designers hope to raise money for aesthetic concerns. Investing in these “softer” projects is a necessary second step. Quality of experience in public areas has a high potential to make the lives of Providence residents more pleasant. The city, hopefully, will continue to put energy towards the Kennedy Plaza project even after the questions of circulation become mitigated. It’s time for Providence to not only to offer the public the basics, but to provide the quality of life every resident deserves.