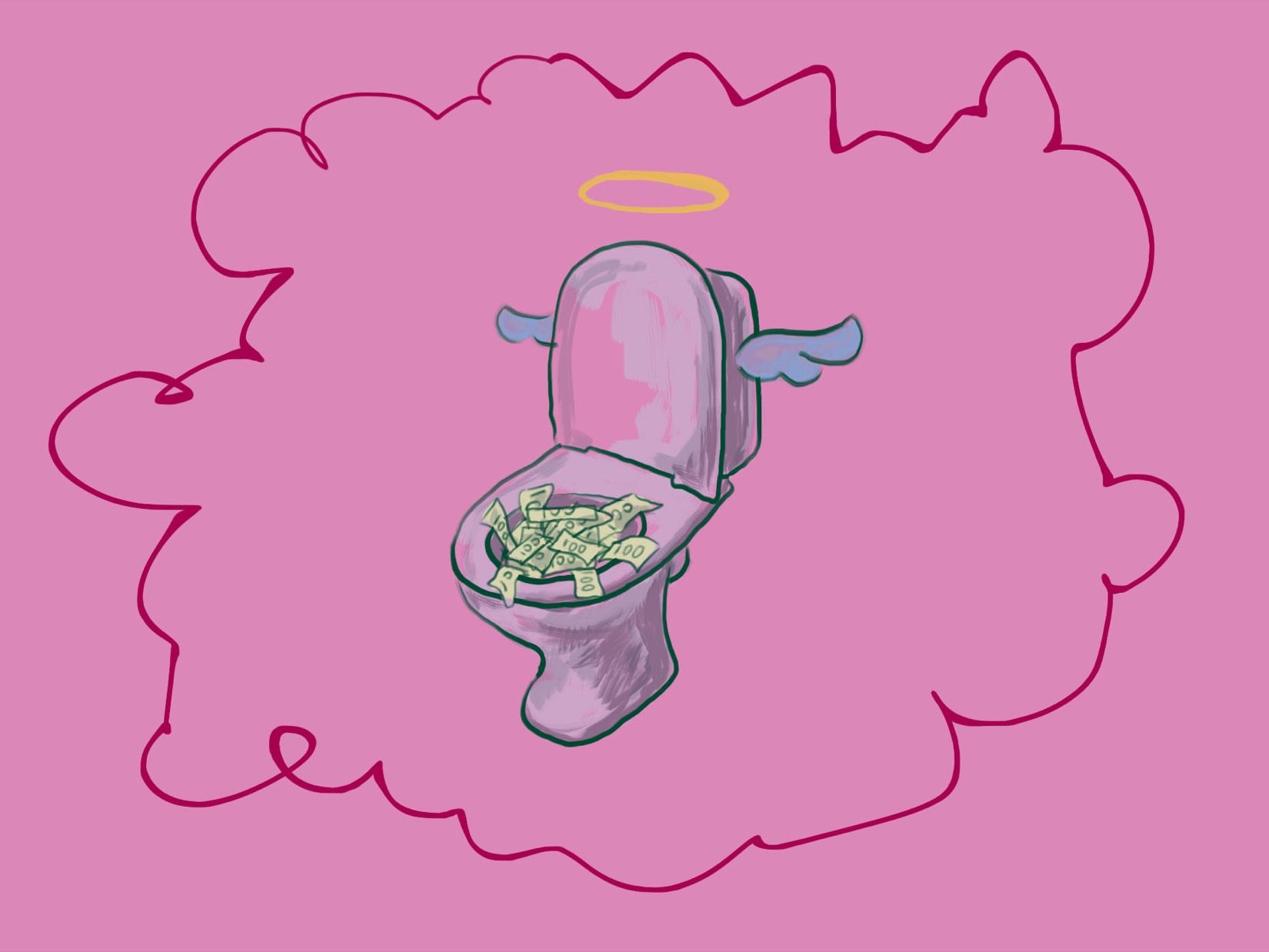 Never in the history of electoral politics has the accusation “My opponent is full of shit” been used more literally. Of all of the political name-calling that candidates engaged in this past election cycle, no race involved quite as much potty-language as the contest for Illinois governor. Just before his election to the Illinois governorship this past Tuesday, J.B. Pritzker pledged $330,000 to the city of Chicago to repay a tax break. He had received this dump of good fortune after intentionally disabling all the toilets in one of his multiple Chicago homes in order to declare the home legally ‘uninhabitable.’

The Inspector General released the report in October, and officially recommended the money be returned, but made no comment about the official ‘fraud’ designation of the tax dodge, or about contacting authorities to force the then gubernatorial candidate to return the money. Though Pritzker quickly promised the money back, his opponent, Former Governor Bruce Rauner, a millionaire himself, wasted no time incorporating the issue into his campaign.

The language of the campaign quickly deteriorated after the Attorney General’s information dropped, in what became a bizarre battle between a multimillionaire and a billionaire for the votes of middle class Illinoisans. Dubbing Pritzker the “Porcelain Prince of tax evasion,” Rauner stated in a speech in October, “A man who ripped toilets out of his Chicago mansion to dodge his property taxes won’t work to reduce your taxes.”

Legislatively, Democrat J.B. Pritzker is an advocate for the working family. Pritzker plans to raise the state’s minimum wage, increase labor union power in government, and expand Medicare to cover all Illinoisans. Although Pritzker’s outlook reflects a sympathetic policymaker, Pritzker and his wife––both heirs to the Hyatt hotels fortune––are worth $3.2 billion. The kind of mentality that justifies removing all of a house’s toilets so it’s reassessed at a lower value is definitely a mentality a bit clogged up with cash.

In an attempt to flush the Democrat out, Rauner has run ads dramatizing the tax break, with actors dismantling bathrooms in a large mansion with the slogan “Pritzker’s Plumbing,” and former Illinois Republican chairman Pat Brady hosted a press conference surrounded by prop toilets. Eager to keep the accusation rooted in what Rauner considered a serious fraud issue, though, the former Governor stated, “This is not a joke. This is not funny. This is not about pink toilets versus purple toilets. You know what this is about? Corruption.” As a counter, Pritzker claimed that he was simply following pre-existing rules, blaming holes in the property tax system.

Pritzker did promise to repay the money, even though he stands by the fact that Cook County didn’t technically classify the tax break as fraud. As a general rule, something which J.B. Pritzker has learned the hard way, one should never be on less steady moral ground than the guy carrying around prop toilets. Although Pritzker managed to keep his campaign from spiraling down the drain this November, the Independent hopes Pritzker won’t be as shitty of a legislator as he was a taxpayer.

Twin sisters Monica Sparks and Jessica Ann Tyson may look identical, but only one clinched the spot on a western Michigan county board last Tuesday. If anything can help us from seeing double, it’s their opposing politics: Sparks is a Democrat and will be serving as Kent County Commissioner, while Tyson is a Republican who came in second place. Sparks abhors Trump, while Tyson lauds him. But Sparks may have to thank her sister for this spot; it was only after Tyson declared her candidacy that she decided to run as well. “My sister is, in many ways, an inspiration,” Sparks said.

This is not Tyson’s first attempt at the county board. After watching her sister try, fail, and try again, Sparks decided that she might be able to achieve where her sister had flopped. Perhaps this was yet another jab in a long-standing twinial feud. Did Tyson get the bigger bedroom when they moved into the new house? Had she been swooping in on Sparks’s crushes since middle school?

The twin sisters, who had been separated briefly before their adoption, became separated once more—now, in their political ideologies. Sparks prioritizes mental health and continuation of services, while Tyson is more concerned with infrastructure and schools. Despite this separation of paths, “we are not divided,” Sparks said. Admittedly, “divided” does generally imply an equality between the subjects whereas “separation” does not.

If we thought Thanksgiving dinner made us question our hereditary relationships, then we can only imagine what sort of trial this campaign trail—and their respective positions across the aisle—served for the twin sisters. But contrary to the conventional quarrel with our “socially liberal, economically conservative” cousin, this dramatic split in political views never created a rift in the twins’ relationship. “The left and right wing belong to the same bird,” the twins said in unison. The Independent struggles to understand this analogy.

In all seriousness, the fact that two twin sisters were able to represent their respective parties and run against each other speaks volumes to the surge of female candidates this past election season. It is only tragic that gender equality must come at the cost of sibling equality, an inverse relationship no statistics model could have ever predicted.

Growing up, the twins never knew which parties their parents identified with. Perhaps this was intentional. Perhaps the parents knew that one day, the twins might split political paths, one running as a Democrat and the other as a Republican. And with all the grace and self control of parents who follow Parenting 101 books and try their very best to treat their children equally, the twins could never, and would never, know just which child was more favored in this election.

The Independent, on the other hand, is no parent. Given the choice, we would probably concur with Kent County and deem Sparks the better twin, too. We would also probably try to find a bird with only a left wing.