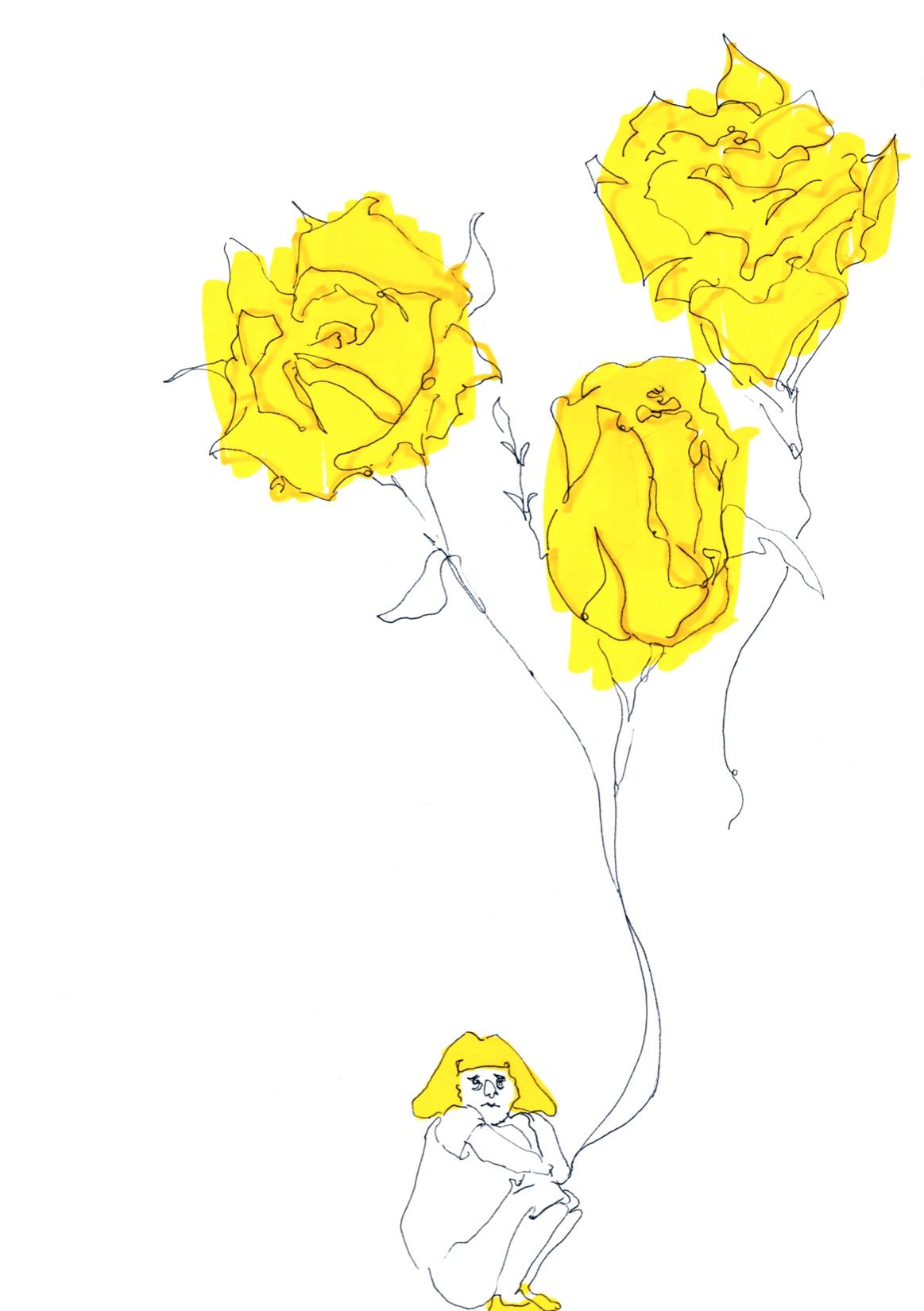 She’s sleeping here right by my side

And in her right hand a silver dagger

She says that I can’t be your bride

In the dream I had last night I thought they stopped making pencils.

Maybe I don’t know how to talk during the day. I have been spending every morning in the garden listening to Martin Luther King and thinking how even if you get into Harvard and Dartmouth, some people get to win the Nobel Prize and some have to keep on working the railroad. And how Alice in Wonderland sounds nice but also like a story about a girl who takes mushrooms with her rich New York friends and forgets for three years that the next fifty they will wake up, have a cup of coffee—or, after enlightenment, decaf tea—and go in to a white          room to fill glasses with water only to spill it on the ground.

Someday I am going to tell my therapist to stop telling me to breathe slow and I’m going to:

Or maybe I’ll send one to my friends:

One for an environmental scientist in San Francisco, the one who slept with me in the same bed without ever touching, and who loaned me a pencil with an eraser,

And one for the engineer in Los Angeles who got the fever this fall.