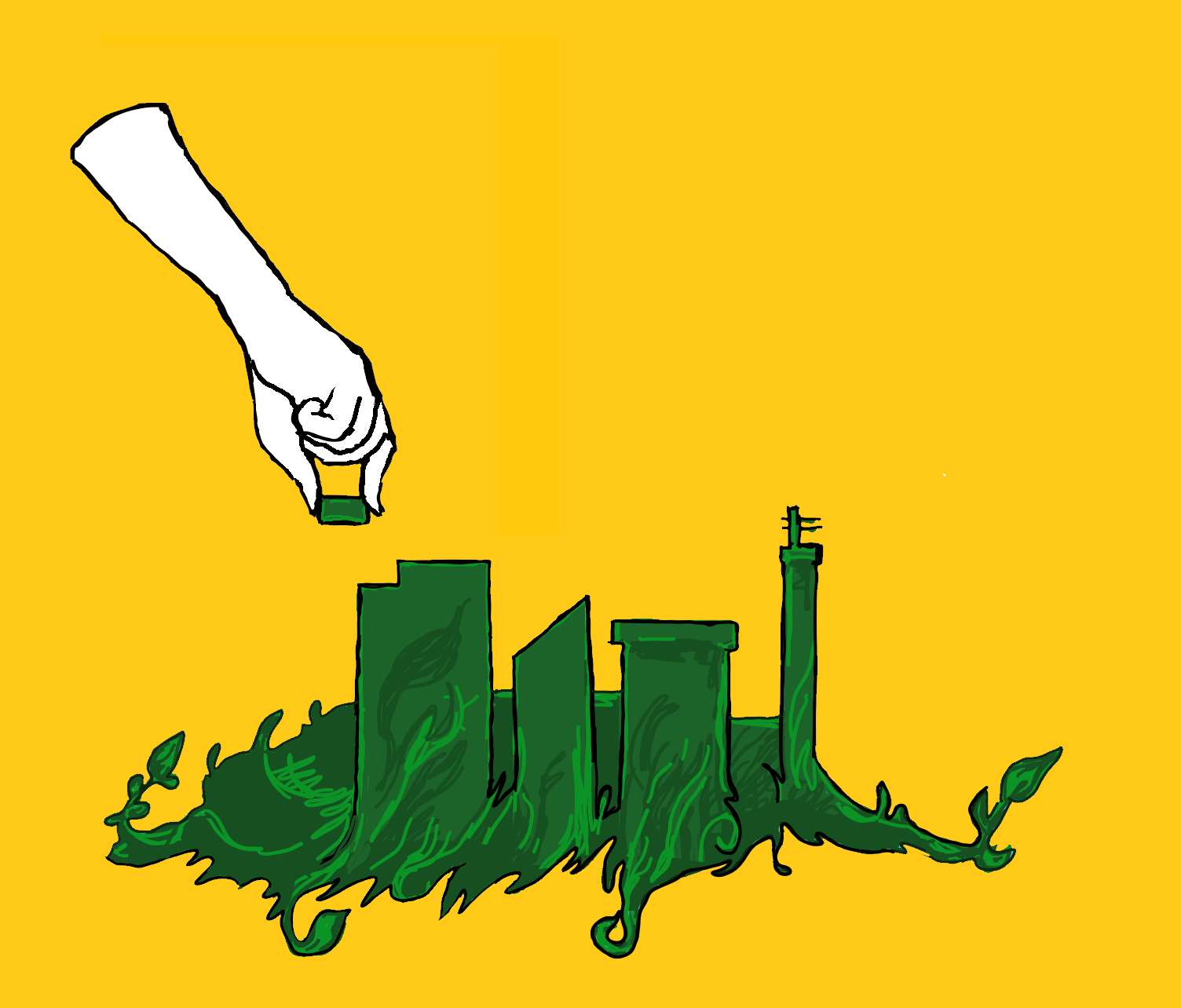 Conservationists keen on toy block reconstructions of Death Stars and Taj Mahals can finally rejoice: Lego is ditching petroleum-based plastics, and instead will manufacture their products with plant-based or recycled materials by 2030. If we’ve learned anything from the Great Plastic Straw Ban of 2018, it’s that corporations are obsessed with plastic waste, and the elimination of it. But this commercial fad presents an existential threat to Lego’s corporate synergy: Plastic is their product, the stuff of small yellow men and their Modular Poolside Holiday Sets (Product 31067).

“We need to learn again how to do this,” said Henrik Ostergaard Nielsen, a supervisor at Lego’s headquarters in Billund, Denmark. Lego has been manufacturing plastic “elements”—the term it uses for bricks, trees, and dolls­—since 1958, cornering the market on durable, brightly colored blocks and four centimeter tall Ron WeasleysTM. From an engineering standpoint, their current recipe is top-notch: The primary plastic, acrylonitrile butadiene styrene (or ABS), is tough, slightly pliable, and retains a polished finish. It is perfect for the foundations of plasticine Parisian restaurants (Product 10243), but less so in carbon emissions. Each year, Lego’s factories add a million tons of carbon dioxide to the atmosphere, with around 75  percent coming from raw materials.

Reinventing the Lego-wheel (Product 31706) has proven difficult. It may be easy to dream up a miniature Transformer that is mostly corn, but alas, the bioplastic reality is bleak. Researchers have already experimented with around 200 alternatives, with no success. Colors are dulled, shine is lost, and in an effort to reduce its own carbon footprint, Lego has upped its already pronounced attack on the feet of others: test-bricks have broken, leaving sharp edges that could splice an unsuspecting child’s sole.

As Lego continues its experimentations with assorted tuber starches, the company races against its self-imposed clock. Perhaps peer pressure will intensify over the next decade, as Hasbro innovates a GMO-free My Little Pony and Barbie fixes the hole in the ozone layer, or perhaps this leap into material uncertainty has an entirely separate motivation: the fear of complacency in the face of an impending, primary-colored hellscape. According to Tim Brooks, Lego’s vice president of environmental responsibility, it is imperative to create “a toy that doesn’t jeopardize” children’s future. If we are to take Brooks’ immediacy as a warning of what is to come, we may be closer to all-out Lego-dystopia than we think. It won’t just be Lego-fumes we have to contend with, but the billions upon billions of plastic pieces that Lego has strewn across the world in the homes of tots and the waiting rooms of pediatricians. Soon enough, piles of Lego-dinosaurs and their Lego–extinction event deluxe sets will block the sun. The sky will ring with shouts of “ouchie!” as innocent civilians trek through mounds of two-by-four bricks. The only respite in this ABS wasteland will be the latest Lego Movie, in which Lego-Batman cleans up a Lego–oil spill.

We here at the Indy have never and will never trust the head honchos in Denmark to save us from certain doom. Instead, we are venturing into our parents’ storage closets and disassembling our Products 41336 to build a future we can feel good about: one of Lego-wind turbines and Lego-straw-free lids.

Last week, a gay penguin couple adopted a neglected chick at Denmark’s Odense zoo. When the chick’s biological parents returned from a swim to find the chick cuddling with its new family, a fight broke out. The couples waddled to face each other, and the creatures pointed their sharp beaks into the air to scream. Wings were flapped and chirps were exchanged, but a zookeeper intervened and returned the chick to its biological parents.

Zookeeper Sandie Hedgegård Munck observed the drama: “I think the female had been out to get her bath, and then it had been the male’s turn to care for the kid. He may have then left, and then the [gay] couple had thought, ‘It’s pity, we’ll take it.’”

Denmark was the first country in the world to recognize same-sex unions in 1989, but it wasn’t until 2012 that the nation recognized same-sex marriages. Penguins, however, have been participating in unions of all types for at least as long as humans have been observing the species. Some political scientists have proposed that the Danish were the first to recognize same-sex unions because they had been observing successful gay penguin relationships for centuries.

In an interview with National Geographic last summer, zoologist and author Lucy Cooke explained that the film March of the Penguins falsely depicted the march across the Arctic as an “epic love story,” which led the “Christian right wing” to adopt “the penguin as a paragon of family values.” Instead, Cooke explained, “...when monogamy in penguins does occur, it can be a fairly rainbow-colored affair. The Christian right wing was perhaps less pleased to discover that a lot of penguins are in same-sex relationships, which are very common in zoos.”

Although the chick in question was returned to its biological parents, the nature of the small, enclosed exhibit at the zoo will leave it vulnerable to future adoptions from childless couples. Alternatively, perhaps the penguins are moving towards a model of socialized childrearing in which the zoo fairly compensates the penguins who do the work of childbearing while the lazier penguins bop around and entertain zoo visitors. The Christian right in Denmark is certainly going to be displeased if  penguins begin to adopt the socialist norms of their human hosts.

The zookeepers took note of the gay couple’s interest in childrearing and gifted them with an egg from a female penguin who had been unable to care for it due to illness.