The Wizard Behind the Wall 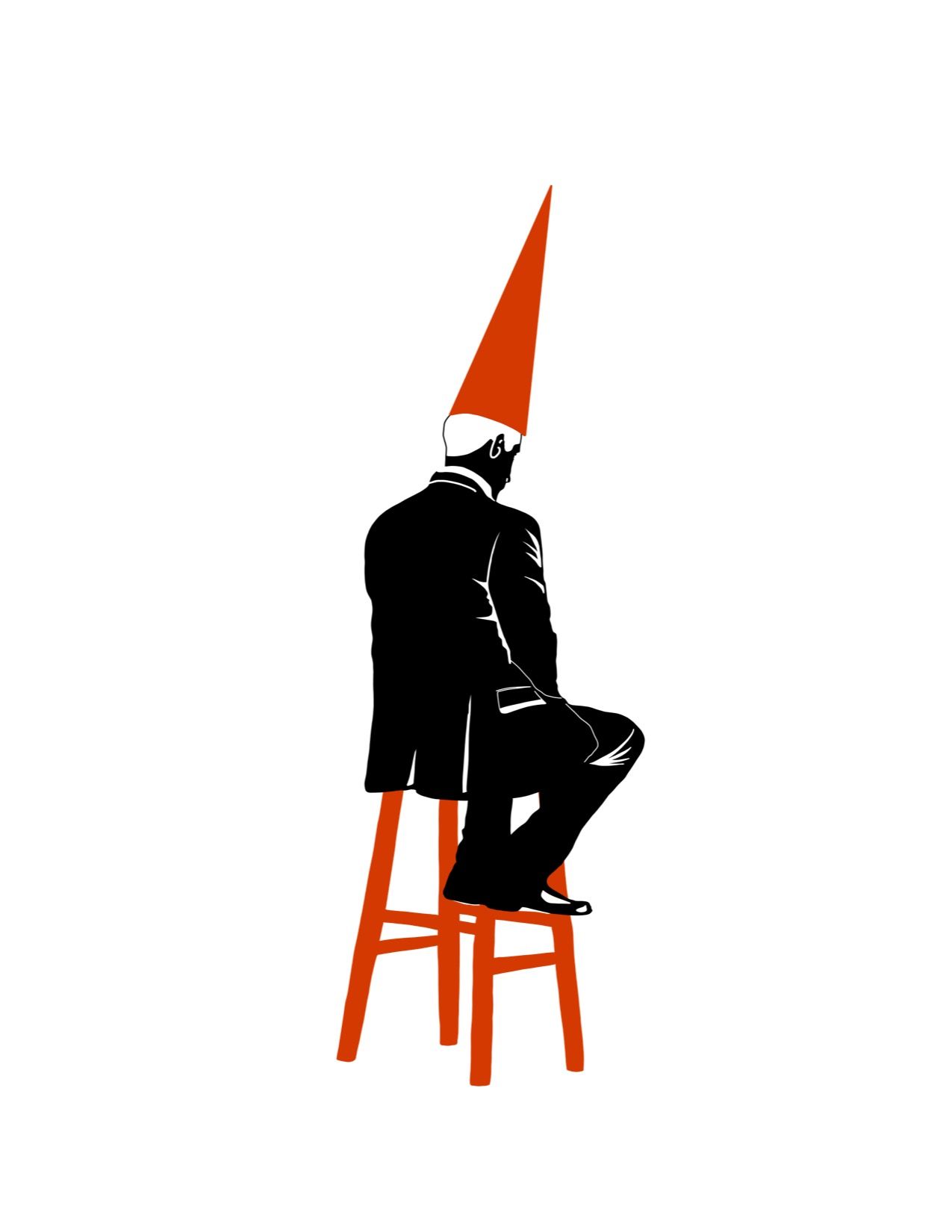 Last week’s Democratic primaries in Rhode Island capped a year defined by party dysfunction and statehouse discord. The state party followed Speaker of the House Nicholas Mattiello’s lead by punishing dissent from critics within the Democratic caucus—namely, outspoken progressive incumbent State Representatives Moira Walsh and, to a lesser extent, Marcia Ranglin-Vassell. Both are political outsiders. Ranglin-Vassell brings 18 years of experience as a teacher to the State House (she works as a special education teacher in Providence); Walsh was a waitress before she ran for office. As their first terms ran out and they faced re-election last Wednesday, the State Democratic Party and Speaker Mattiello were less than welcoming to the pair—both did not recieve the Democratic endorsement in their primary and the Speaker endorsed Walsh’s opponent.

Democratic voters, however, rebuked both the Speaker’s and their party’s endorsements by re-electing Walsh and Ranglin-Vassell. The two legislators’ roads to reelection reveal systemic flaws in the state’s party endorsement process and shed light on Speaker Mattiello’s vindictive uses of power.

However, the two legislators’ victories fail to fit neatly within the broader nationwide narrative this 2018 primary season, in which outsider candidates such as Andrew Gillum and Alexandria Ocasio-Cortez have successfully challenged Democratic establishment candidates. Instead, their climactic paths to the nomination are more characteristic of Rhode Island's political dysfunction and infighting in its Democratic Party. The State Democratic Committee did not endorse more moderate alternatives to Walsh and Rangell-Vassell; both of the endorsed candidates in Walsh and Rangell-Vassell’s races oppose abortion rights, and Walsh’s opponent, Michael Earnheart, voted for President Trump.

The conflict between Rep. Walsh and the Rhode Island Democratic leadership took root in political and personal battles. Walsh fought numerous bills the Speaker put forward and passed, including what she described to the Independent as the “draconian Kristen’s Law.” Signed by Governor Raimondo in June, it allows life sentences for drug dealers whose drugs are involved in an overdose. Rep. Walsh “fought the law hard… even [asking] the Governor publically to veto it,” as she wrote in text messages to the Independent. “That’s likely the grudge [Mattiello]’s holding,” she elaborated. But the grudge isn’t just about policy: Walsh made national news when she publicly accused legislators of drinking while at work, with “file cabinets full of booze.”

These actions were equivalent to sticking her “thumb directly in the Speaker’s eye,” Walsh told the Independent. Speaker Mattiello struck back fiercely, endorsing Earnheart, and donating $1,000 directly to his campaign. Furthermore, because there was no Democratic district committee in place to make an endorsement, the state committee got to decide whom to endorse. Despite Earnheart’s public support for President Trump and tweets that ranged in topic from “Pizzagate” to denigrating portrayals of undocumented immigrants whom he referred to as “illegals,” State Rep. Joseph McNamara, the Chairman of the Rhode Island Democratic Party, echoed the Speaker, endorsing Walsh’s opponent and then only retracting the endorsement when it received national pushback from news outlets and high-profile Democrats including Congressman David Cicilline. As Rep. Walsh put it, “this is what happens when you challenge authority” in Rhode Island.

Ranglin-Vassell’s endorsement saga falls within the norm of Rhode Island politics—it was defined by the familial politics that the district Democratic committee process allows. In an interview with the Independent, Ranglin-Vassell called the endorsement process “silly” and “corrupt.” As she explained, members of her district Democratic committee included both her opponent and the brother of the former legislator whom Rangell-Vassell unseated in 2016. She went on to describe how legislators often use this strategy of “stacking the deck” to lock up the Democratic endorsement. Under state law, district committees—the local arm of party politics in Rhode Island—hold the power to decide who wins the Democratic endorsement for state legislature races. The committee members are theoretically elected, but more often than not, they run unopposed.

Despite the national coverage that these endorsement controversies caused, the state Democratic Party has yet to outline a clear solution to avoid cases like Walsh’s. In fact, state party leaders contradicted each other when asked if the Party would endorse candidates in future races that do not have a district committee endorsement. On one hand, Executive Director of the Rhode Island Democratic Party Tolulope Kevin Olasanoye told the Independent that “as long as [McNamara’s] chairman, barring unforeseen circumstances, the Party will not endorse” candidates in a legislature race in which the district committee fails to endorse or does not exist. He called it an “internal policy change” that would not require a bylaw change. However, when asked about the same issue, Party Chair Joe McNamara told the Independent, “that’s yet to be determined.”

In addition, the state party does not see district committee cronyism as a problem. According to Olasanoye, it is “super simple to get on [district] committees.” He emphasized that most candidates for district committees run unopposed, and that like other elected positions, there is no regulation of who can run. Furthermore, he said it promotes “grass-roots” involvement in politics and shows constituents that there is “no wizard behind the wall.”

As it stands, however, the district endorsement system benefits more organized candidates who know the party system better. As Rep. Raymond Hull, an eight-year veteran of the State House, told the Independent, it is increasingly difficult as a candidate to find people to run for district committee spots, even though they often run unopposed. In fact, Hull’s own son and daughter serve on his district committee. But instead of calling for reform, Executive Director Olasanoye believes the party should better disseminate information about setting up and joining district committees. He maintained that under Rhode Island law, “the state party doesn’t have a role in the committee process.”

The district committees and endorsement process are only two of the avenues through which Speaker Mattiello and the Democratic Party have used their political and administrative power to suppress dissent. According to Walsh, those who spoke out or voted against the legislative priorities of the Speaker saw their parking spots or desks moved to inferior locations, a trend that other legislators confirmed. State Representative John J. Lombardi told the Independent that leadership “did move Ray Hull and myself to the front of the room, and those are punishment seats. I’m not intimidated. It doesn’t matter.” He believed it was in direct response to his votes or speaking out against the speaker. He told the Independent that “if your chair is gonna be moved or if you get thrown off a committee, that’s proof positive” that the speaker is acting in direct response to dissent from legislators. Hull confirmed the existence of the “punishment seats,” and told the Independent that “everyone in the room” knew about them. He also mentioned that he was removed from a committee shortly after he voted against Speaker Mattiello’s truck toll bill.

Whereas Walsh has criticized the structural power the job of the speaker holds, Hull argues that this speaker behaves especially egregiously. In other words, it is the man, not the job alone, that is responsible for much of the toxic political environment that defines the Rhode Island State House. Hull expressed to the Independent that the “childish tactics [the Speaker] uses—I have never come across them in 28 years of police work.” The State House veteran thinks of Mattiello as a “tyrant” and a “bully” whose conduct is considerably worse than that of speakers past.

Speaker Mattiello’s office did not respond to repeated requests for comment.

Intimidation of legislators, punishment seats in the State House, Democrats endorsing a Trump supporter, and a state party that refuses to stick to one answer on potential reforms to its endorsement process present problems for legislators and candidates, especially those pushing for progressive change. But they have broader implications—straining the legislature’s ability to govern, muddling its priorities and limiting the potential for progressive change in the Ocean State. With a disappointing primary showing—Mattiello won fewer votes than the Republican nominee he will face in November—and a growing number of legislators calling for new leadership, his grip on the State House, and its seating arrangement, might be short-lived.

JOSH F. WALDMAN B’20 is sitting comfortably in his punishment seat.