Playing in many forms

Tag, the club, and fake personas 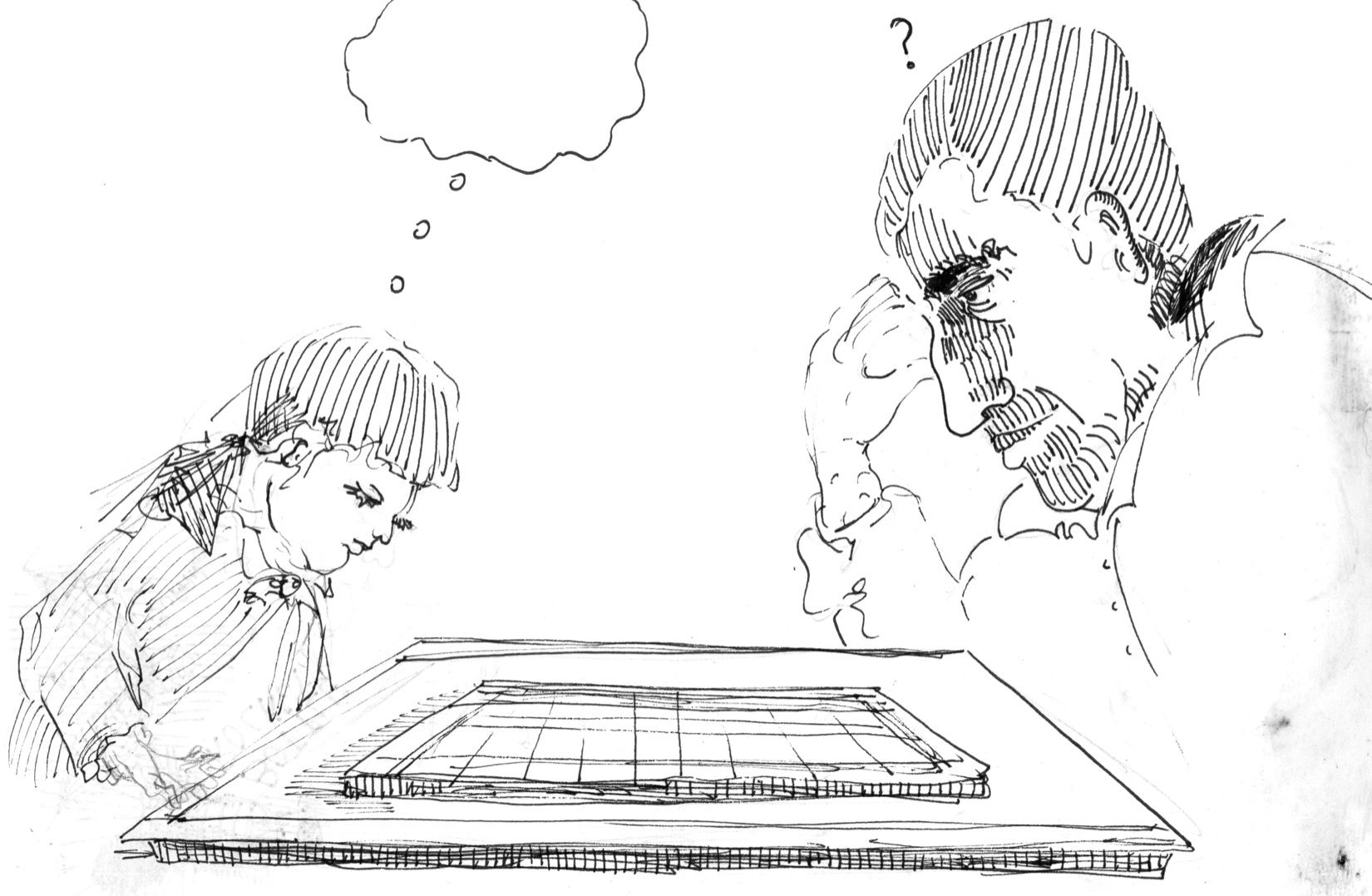 On a recent February day, I checked the weather and saw that it was going to be unseasonably warm. In celebration, I typed the words “WARM WEATHER TAG” into a Facebook event page, invited some friends along, and hoped for the best. The day came and I sped off to India Point Park, hoping that the friends I had invited would show up. I waited for 30 minutes but, lo and behold, no one appeared. Just as I was about to give up hope, a friend I used to fancy—but had invited nonetheless—showed up. For about an hour and a half, we pretended to throw an imaginary ball around while having a conversation. It was definitely very awkward. Yet there was something endearing and earnest about how, throughout our conversation, we ignored the fact that we were literally throwing air at each other, continuing to toss this ‘ball’ around. Since then, I’ve been thinking a lot about how none of my friends and I regularly play anymore—at least not in the same way that we used to as children.

One of the most popular games at my primary school was something the students made up called ‘Opposite.’ The game took root at the large, pastel-green, metal shed on the left side of our school field. The premise of Opposite involved running from the right side of the field to the left and back without getting caught by IT. The shed acted as our home base, but we were not deemed safe unless we touched (read: slapped) the shed and yelled “OPPOSITE!” Many a lunch break was spent playing this game—come rain, shine, or Hong Kong’s infamous 92 percent humidity. We would sprint from side to side of the school field, panting, yelling and screaming before shuffling back to our classrooms, sporting black, mud-ridden school shoes, once the bell rang at the end of lunch.

Another game a friend and I invented drew inspiration from our shared disinterest in athleticism. Finding ourselves more fascinated by characters we came across in books, we created our own intricate universe inspired by children’s fiction. Complete with code names, rituals and a box full of trinkets, we named this world ‘Tribania.’ We would walk around the school field, tending to Tribania’s inhabitants and the various responsibilities that come with building a universe. A classic storyline in the game involved saving a Tribanian citizen from some arbitrary evil force. We would spend most of lunch trying to hatch a plan to break through the various traps the evil force had lain before us—evil lizards, black holes, a sudden fire. Eventually, we would make our way to the secret cave (read: green shotput net), defeat the evil force, rescue the imaginary citizen and return to our seats in time for our weekly maths quiz. Partaking in the world of Tribania felt intimate. It was our own little universe that no one else had any access to. It was a hallmark of our friendship, our intimacy, and was a tool in building one of the relationships in my life I hold most dear to my heart.

When I went back home over winter break, my friend and I opened our Tribania box together for the first time in about four years. We smelled the old paint adorning our handmade bandanas, flicking through our old notebook wherein we codified a made-up language. Encountering this game again for the first time in years felt bittersweet. What is it about our quasi-adult lifestyles that makes it more difficult to engage with these games? How can I try to cultivate the sense of carefreeness that I remember and keep physical proof of? What do we do now, as quasi-adults, that occupies the same niche that playing as a child does?

There is a nightclub in Hong Kong called PLAY. Its logo is comprised of a gold bear and the word PLAY written in sans serif font underneath. PLAY has earned a reputation among me and my friends for being a regular haunt on our nights out. Funny enough, my friends and I don’t even know whether or not we like going to PLAY. I don’t particularly enjoy it there—usually, the club is chock full of underage teens and horrendously drunk dancers. The music choice is repetitive—if “Problem” by Chance the Rapper isn’t played at least three times throughout the evening, it means that something immobilising has happened to the DJ. And, worst of all, the club attracts a very homogenous crowd, thereby enforcing the value of seeing and being seen. However, I do enjoy dancing and being with my friends. As much as I complain, I go anyway.

And, of course, then come our late-night meals. Typically, my friends and I eat in fluorescent noodle shops that are either open 24 hours or until 4 AM. The noodle-slurping usually either takes place under the hum of fans and lights, and accompanied by lots of spaced-out staring, or with much chatter, heavy debriefing and vigour. In both situations, my order rotates between beef brisket noodle soup, a noodle stir fry or seared rice cakes. As we chat, we wolf down the meal, the noodle ends flick up, and droplets of soup or sauce land on our just-cooled-off faces. We get up and head back out into the dark, where sentiments and affections are not always explicitly expressed, but heavily implied through the inevitable trailings off of “text me when you get home,” once we all part ways.

Sometimes, at the club, we would make up fake personas with specific backstories and distinct personalities, and then attempt to mingle. Explaining the intricate and well-crafted backstories doesn’t work especially well in the loud club, but this scheme works well in quieter scenarios. In fact, a friend and I forge this at university every now and again. We don’t have a particular rhyme or reason as to why we do this, other than for the hell of it. We have different personas for different scenarios. For times that we feel more mellow, we become our 65-year-old couple selves—Deborah and Gilbert. They watch Jeopardy reruns every night, while drinking red wine and smoking weed. We imagine them to be living somewhere in Vermont, with their 30-year-old hacker son who lives in the basement, and without their incredibly successful daughter who lives in the city. For the times that we like to mock and be parodies of ourselves and our generation, we pretend that we are a hip, influencer couple whose primary occupation is living in New York, and see their university educations as a side-gig. We came up with this couple whilst frantically changing in a bathroom of a salad bar chain before attending a friend’s mom’s Christmas party for work, which we were running late for. Excited to debut our new personas in front of a room full of strangers, we tried our best at smizing and looking intriguing and mysterious through the mulled wine and snacks, but I reckon we just looked stupid. After all, nobody really interacted with us, but it didn’t really matter. Under our fake personas, we spent the night hanging around the open bar, dancing  and scoffing down all the snacks. A night well spent, indeed.

In many ways, the magic and wonder of play has not disappeared as I have gotten older. Despite it not being something as fixed and regimented as it felt in childhood, I find that I make time for it—whether consciously or not. I try to swim at least once a week. There is something about being in the water that causes my anxieties at large to diffuse. Typically, I swim in the morning and always wear my swimming costume under whatever clothes I have picked out for the day. Sometimes, this makes me feel like a superhero when I step into the changing room—like I have to rip off all my outerwear to dramatically reveal my real identity as someone who bought a Nike swimming costume on sale.

I sit by the ledge, and my feet dangle in the pool. I kick about for a bit before pushing myself off and plunging into the water. It feels cool and smells like chlorine, which I find endearing. Depending on how I feel, I swim some laps and a wave of nostalgia for when I used to take swimming lessons washes over me. This time, however, swimming feels very different—I feel calm and collected, even though my heart begins racing after a just few laps. But this is the only noise I can really hear, except for the faint rustle of my feet kicking. Sometimes, I take a noodle or a kickboard to use as my floatation device of choice. I lie atop the kickboard, or sit on the noodle, and slowly paddle and sail down my lane. I stare at the ceiling as I drift down on my back, breathing deeply.

Before I get out of the pool and head back into the changing room, I always attempt to touch the pool floor. I come up for a big gulp of air, propel myself down, and stretch my fingertips out to reach for the nearest tile. I lean my chest forward and my arms instinctually push back. For a few seconds, I forget that I am in a pool full of swimmers, and the world feels still. The water swirls around me. Eventually, I come up to breathe.

FLORENCE LI B’20 wants to play tag with you.