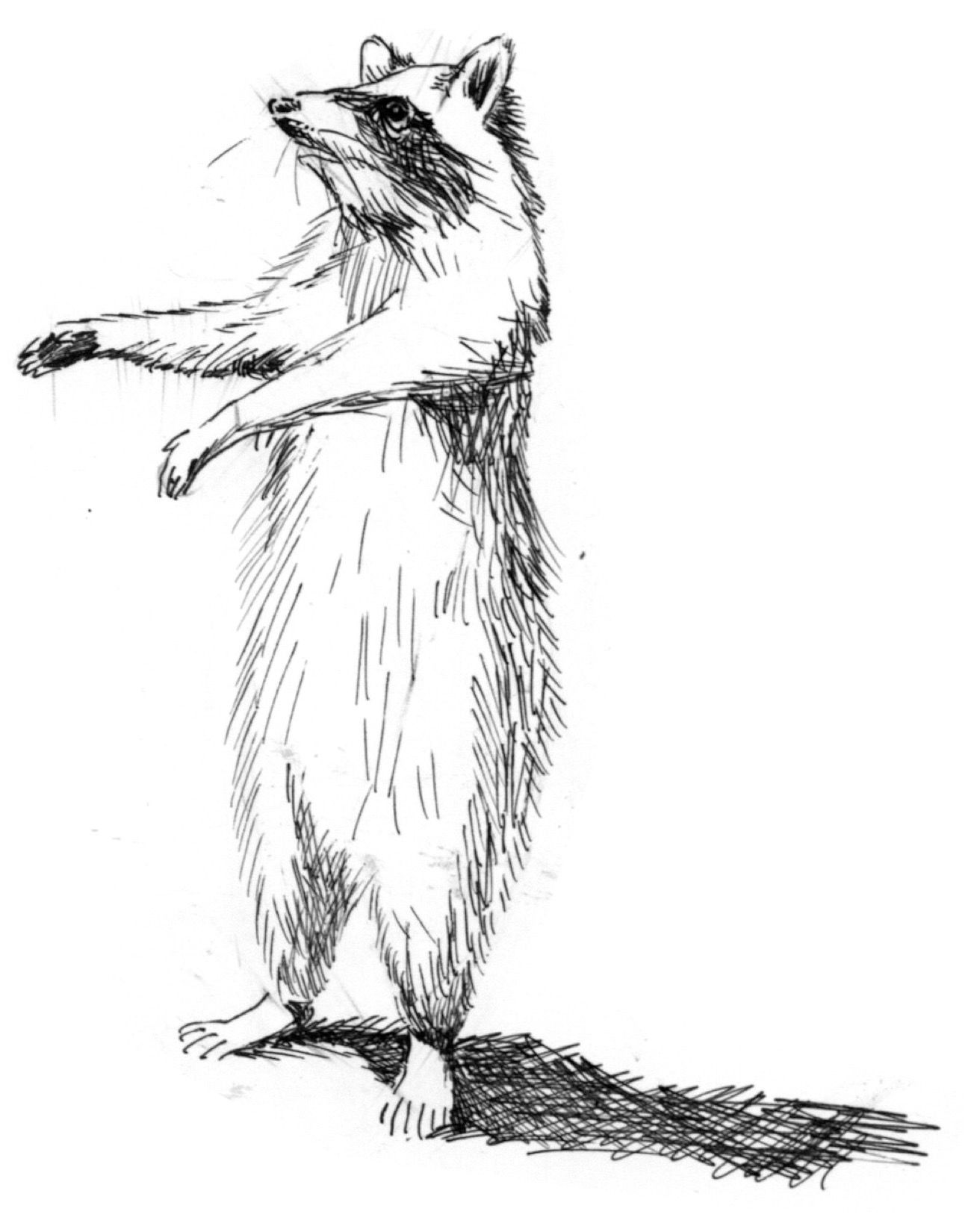 Say No to Marriage

According to relationship guru magazine, Cosmopolitan, one in four women will turn down a marriage proposal in their lifetime. Citing a survey administered by travel research rm Superbreak, the magazine says that women have turned down the till death do us part offers in cases where they “didn’t feel right” about the prospect overall or felt their partner was a hot sack of trash waiting to be brought out to the curb.

Last week, Spring Creek, Nevada native Levi Bliss’ proposal to his girlfriend of two years, Allison Barron, went viral online due to their unorthodox proposal photographs. While Bliss bent down on one knee and asked, “Will you spend an extravagant amount of money for a single day with me to show our friends and family a grand gesture of our love?” his father-in-law stood just feet behind him holding a “Say No” sign over his head.

Barron’s response faltered for a few seconds because her attention was caught by her father, who stood beside the road waving a “Say No” sign over his head. Barron recalls, “I put my hand over my mouth to keep from laughing at Daddy’s sign. He has such a wild sense of humor. I think Bliss took that as me being speechless... I wasn’t.”

According to Mr. Barron, the story went something like this:

“Levi, I—,” Barron began, with her hand covering her mouth.

“Will you make a pledge before God and the law to take on my suffocating college debt?” he interrupted.

“Will you go halfsies on my child support payments?” he asked earnestly as he knelt on one knee, gazing up at her through tear filled eyes.

Barron called the proposal “the worst day of her life.” Though she wanted to say yes despite her father’s sign, she says Bliss’ failure to “shut the hell up” changed her mind.

According to Barron, in his string of word-vomit, Bliss asked her to sign a prenuptial agreement “in case his Soundcloud career took off” and she, in the words of Kanye West, tried to “leave [his] ass and leave with half.” From then on, she zoned out. “The ‘Say No’ sign just kept looking better and better once an hour passed by.”

Bliss has gone into hiding since the event. A source says he’s been spending his days and nights on Omegle, seeking out strangers to vent to using the username Barronurheartsucks69. According to NPR, his mother wasn’t too happy about the proposal, particularly Mr. Barron’s sign.

“The focus should’ve been on the couple,” she told National Public Radio. “Instead, a Dad joke killed [the proposal].”

Look What She Made Him Do

T. Swift’s next love song, or next lawsuit, just might be about Bruce Rowley, the man who robbed a bank in Ansonia, Connecticut last week and threw the stolen cash onto Swift’s property. Rowley, a 26-year-old man from Derby, Connecticut, told Ansonia police that the bank robbery was inspired by his crush on the pop-star. “It seemed he wanted to propose,” said Lt. Patrick Lynch. “But she wasn’t home when he went there. He said he threw some of the money over a fence to impress her.”

According to cops, Rowley walked into the Webster Bank in Ansonia, unarmed but bringing trouble, and demanded money from a teller who turned over a stack of cash. After committing the robbery, Rowley drove 60 miles up to the gated compound of Swift’s mansion in Westerly, Rhode Island and threw some of the $1,600 of stolen money over her fence. After his 2001 Jeep Cherokee was put on nationwide alert, he was spotted driving south on Interstate 95 by Rhode Island State Troopers who chased him back over the Connecticut border and ultimately arrested him, using spike strips to flatten the tires of his Jeep.

Rowley confessed his crush in the police cruiser on the ride back to Ansonia. He also confessed his plan to donate some of the stolen money to the Ansonia Police Department. This comes as a slight shock to the Independent, considering that Rowley was allegedly bitten on the arm by a police officer as he was taken into custody. Swift, for her part, hasn’t had any trouble shaking this one off and continues to claim no prior connection to Rowley.

While the tossed money still hasn’t been found, it has probably changed color.  A dye pack, hidden in the stolen money for reasons unknown, exploded in the bank parking lot, explained Lynch, coloring both the money and Rowley a bright red.  The Indy believes this to be a fateful accident, considering the title of Swift’s fourth studio album.

Rowley, meanwhile, remains in police custody and is due to appear in court on May 8. He was charged with second-degree robbery and fourth-degree larceny and continues to point out what Swift’s beauty made him do. Rowley was held on $100,000 bond after his arraignment last Friday. Perhaps, with her $17 million Watch Hill mansion littered with scarlet bills, Swift might find a way to help him out.

The raccoons in Youngstown, Ohio are really putting themselves out there. Typically nocturnal, they’re coming out during the day and staggering about. They probably pre-gamed the occasion. No longer scared of humans, the raccoons are approaching people with teeth bared in grimaces. Sightings of what locals have termed “zombie raccoons” began in January of this year. We also watch too much of The Walking Dead and drunkenly compared ourselves to zombies on New Years, but unlike these racoons, our hangovers thankfully went away.

Many of the residents who call local police to report sightings of these deviant creatures believe the raccoons have rabies. However, animal experts are cautioning that these raccoons most likely have distemper, a viral disease that causes fevers, sneezing, labored breathing, stumbling, and more serious neurological symptoms such as seizures. The clues that tipped them off? The daytime expeditions, walking-on-two-legs, and newfound love for humans. We can buy this distemper argument, but are not convinced by sneezing zombies. But maybe the residents of Youngstown moonlight as hunters of the undead.

In one case, an affinity for humans caused a diseased raccoon to follow photographer Robert Coggeshall to his home. Coggeshall brought his dog inside, closed the door, and watched as the raccoon reared up on its hind legs, bared its teeth, then fell backwards onto its back and lay in a stupor before repeating the process.

Another clue: where rabies causes foaming at the mouth, distemper causes drooling. Though certainly alarming, we aren’t sure the raccoons are salivating over our brains rather than our dumpsters.

Luckily for the human residents of Youngstown, distemper, unlike rabies, is not transmissible to people. (Plus, googling “zombie raccoons” now yields a lot of sunlit, up-close-and-personal portraits of grinning raccoons—big thanks to Coggeshall.) However, distemper is highly contagious among smaller mammals; the pathogens that cause distemper can be spread through the air, aided by the drooling and sneezing it causes. Probably trying to turn this kickback into a party, city raccoons, noticeably more social than country raccoons, tend to share food when they find it, making mealtime a possible source of contamination. We also imagine spin the bottle was played in the basement of some raccoon’s mother’s nest.

Residents in Youngstown are probably barricading their homes and googling things like “do silver bullets kill zombies????”  Zombiepedia is probably teaching them that only decapitation can kill a zombie and that the proper term for “killing a zombie” is “making a dead body motionless again,” since they are already dead.

For the raccoons, distemper is fatal—either on its own or with the help of the Youngstown Police who have so far euthanized 19 raccoons and will continue to pick up their carcasses for testing. It appears that the raccoons are being shot, not decapitated, and we worry they might re-re-animate on the morgue slab. Hopefully, though, we will soon know just what these raccoons are taking to make themselves the life of the party.

Youngstown Clothing Co.’s newest t-shirt quickly became their most sold product: dark grey with “The Zombie Raccoons” in dripping red letters. The Indy suspects that these t-shirts will look good tucked into a pair of light wash jeans.