The Women Who Remember

On matriarchs and memory 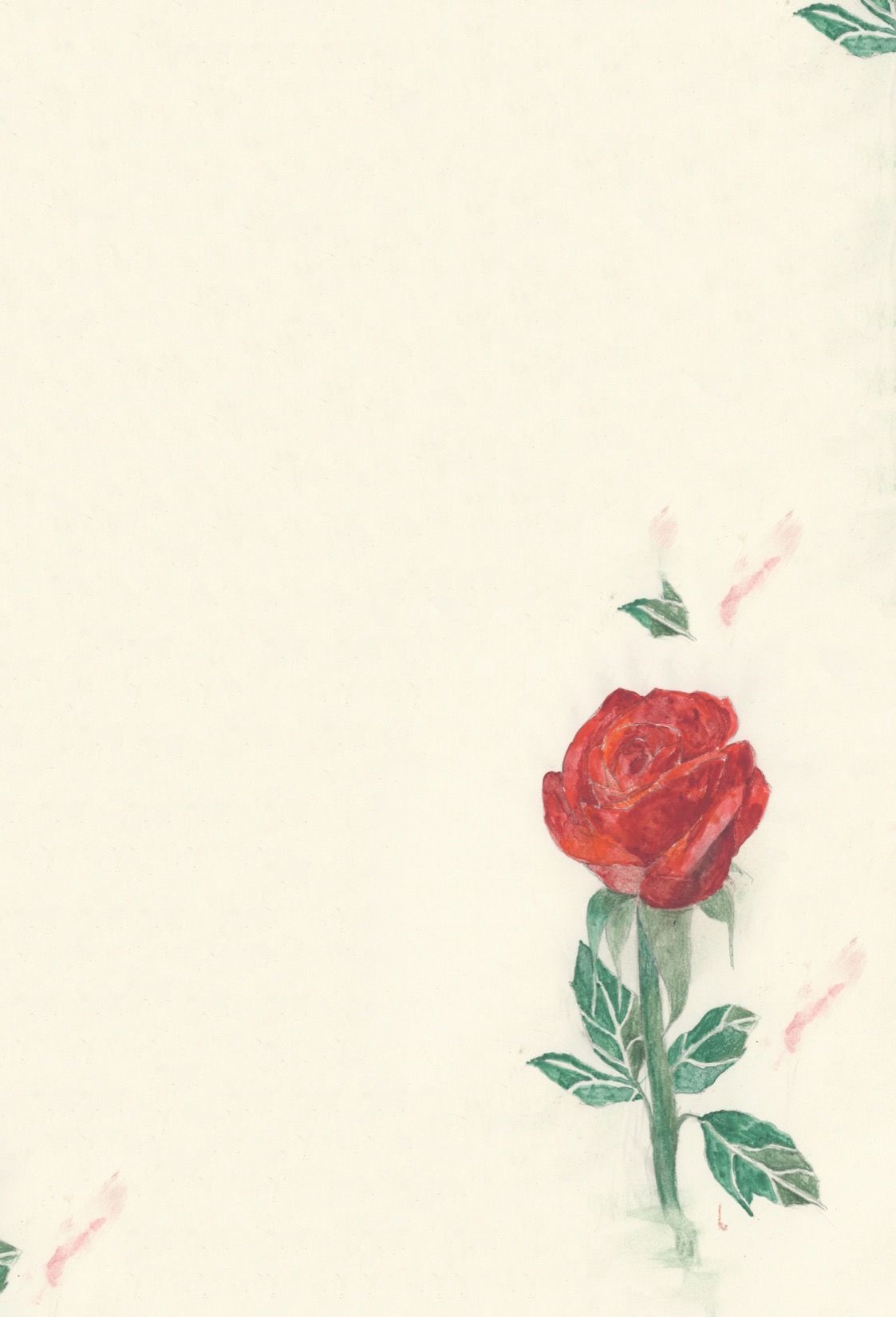 Someday your memory will leave the inside of my eyelids

and I promise you will not exist in my children’s eyes.

My grandmother grew up on a small farm in Missouri, a piece of worthless bottomland given to her father when he was 26 years old.  New to town with nothing to his name, trying to earn the respect of the wealthy family of a girl he loved, he nurtured the land until it was teeming with pecan groves, a vegetable garden, and a few cattle. It was beautiful land, and she would live there her entire childhood.

My grandfather—papaw, to me—died in 2014 from cancer. In sickness and in health, my grandparents completed each other. As my papaw’s body failed him, his mind stayed the course. As my grandma’s mind began to betray her, her small body remained strong. They leaned on each other. They needed each other. Together, they were still whole.

When he died, my mum and her siblings began to visit more frequently, trying to take on the role papaw played for my grandma. Was she locking the door at night? Was she remembering to eat breakfast? Did she leave the burner on when she went to sleep? My mum stayed in Missouri as her mother’s various illnesses progressed, overwhelming  both her body and mind. She withered to a mere 85 pounds and began forgetting which of the granddaughters I was. Every conversation began to start with, “Grandma, it’s me, remember?”

The night before she died, I was thinking about the catfish in the lake behind her now empty house. Who was feeding them? I was far from home, and I borrowed a prepaid phone from a friend to dial my mum in Missouri. She was at my grandma’s bedside in hospice, and I could feel the ocean between us as we spoke. Her sigh was so, so tired.

I couldn’t come home for the funeral, because of money and time and the temporality of bodies—they are fragile and impermanent and do not wait for those who want to say goodbye. I watched the funeral on a VCR tape two months later. The sound broke halfway through, and I watched it on mute without wanting to. I still felt an ocean away.

The matriarchs of my family are powerful. They are peaceful women, but fiercely loyal.  Family is everything, humility is preached like gospel, and our roots matter. My grandma was a hoarder, saving everything from the letters written between her parents to the dolls she played with as a child. My mum saves things too, with thick books of photos and report cards and my backwards ‘B’s’ when I was first learning to write. My life in material form, with my mother as the storyteller. These collections of physical memories are the stories we will keep, she tells me. I’ll be grateful for them one day.

Now I save things, too. I save memories of my family as innocent and untroubled, when the women of my family were sisters, mothers, daughters. Not survivors. The instinct to save these memories—however wrong they are—is an instinct that runs in my blood. My grandma saved memories, guarding them close to her chest. Hers were also material, shared with her daughters, like the photos of her on the farmhouse porch, smiling on her father’s lap. These memories were shared with us, among us, for my entire life. Memories are genealogies and must be preserved, my grandma told us. They are our history. They are what connect us.

My mother tells me when I am nineteen. We have just watched The Keepers, a series on Netflix about a group of older women who experienced decades of childhood sexual abuse at the hands of the Baltimore Archdiocese. Most of the women have repressed memories—moments that have been hidden from their memories by the power of trauma, but later reemerge. The pain is too overwhelming, too consuming to be contained forever. They will inevitably resurface, and for these women, it was 40 years later. This recollection hurts, and we can feel it through the screen. It clearly shakes my mother.

She tells me a story about my grandma with a strange emotional distance that I find troubling and unfamiliar. My mother cries at everything, and she is the worst liar. But when she tells me this truth, her cheeks stay dry. We’re sitting on the couch and her hands are clasped in front of her. I’ve never noticed how she rubs her thumbs together when she is nervous. I stare at them as she speaks to me.

How do you rewrite your understanding of someone to include the violence they endured? How do I reconcile that my memories—constructed from knowing her in times of peace—are incomplete?

I was sexually assaulted for the first time three years ago, but my family wouldn’t know this for a while. This was a secret I saved for myself, too. I share everything with my family, and this was the first thing I had hidden from them.

How do I acknowledge the darkness that runs deep into my grandmother’s narrative, and now runs into mine?

I kept thinking back to my mother, and how she didn’t cry. I think about her fingers rubbing together, the friction creating heat that keeps her present. My own thumbs have calluses now, but I only noticed this recently. They are pieces of strong skin near my palm, where the side of my thumb rubs against the side of my first finger, mindlessly and mechanically. When did this begin?

I only cry alone, until I learn that my two sisters have lived the same pain. I begin to cry with them, and it feels like the women of my family are wrapping each other up in our arms and love and anger. We are crossing the oceans to hold each other. I feel almost whole.

I am sitting in a lawyer’s office, speaking about “my options.” The lawyer is seated a bit too close, in a leather chair that squeaks when she moves. She is so close that I tuck my hands under my thighs and my shoes under the chair, wanting to sink further into the seat. I want space, but she reaches her hand even closer to me. She offers me a large, grey rock, to squeeze in my hands. “It will keep you grounded, because … it’s from the ground,” she tells me. I want to laugh, but my body doesn’t feel like it. I save this memory for later, though, because I know at some point in my life I will find it hysterical. The rock has small grey veins running across its surface, and it reminds me of my mother’s hands. I rub my thumbs across the rock’s surface, and I feel a bit of heat. It’s pretty quiet, and it seems like she’s waiting for me to say something. She asks me if I want to have my parents here with me. I tell her, “I’m fine, thank you.” My family has had enough of this, to be honest.

“Do you have a history of sexual violence in your family?”

For exactly six days, I use concealer to cover the bruises on my neck. I counted. On the fourth day, a friend teases me, asking if I have a hickey. I want to throw up.

Did my grandmother cover her bruises? Did she have lies to tell her sisters, her friends, her mother? Did she smile, bile rising in her throat?

How do you add pages to a life story that you thought was complete? Not just pages, but an entire chapter of thick, painful, dark words. Or endnotes, that no one takes the time to read. It’s like writing scribbled notes in the margins, when the story deserved beautiful, thoughtful, full pages to speak.

I wish I could talk with her about it. To do justice to this story. About the pain of sexual violence that is our genealogy. That crosses the divide of decades, with different men and bodies and places, but that still connects us. I would speak with her about the women of my family who have fiercely guarded their memories of trauma, enduring a second form of new, slow violence as these memories emerge from repression.

I want to ask her, in my weakest moments, how she stayed her course. How did she keep this secret from us all? How did she trust the next man who touched her? Did she feel alone? Was she anxious? How did she learn to feel at home in her body again? How did she raise her daughter to feel safe and strong?

I want my grandmother’s words of comfort. But I also want to feel free and whole in my limbs and belly and flesh. I’m not sure my grandmother can give me this.

As I age, the memories I have of my grandmother have begun to fade. Blurry and unclear, crowded out by these constructed memories of her life I have only just discovered. There is one that I have been trying to remember for a while, from when I was seven and we were hiking. I tripped and my knee ruptured open, spilling blood as I began to wail. My grandma knelt over me and said something sternly, stroking my leg. She said something about my body, something about fragility, something about tears.

You are fierce, sturdy, strong. Strict, witty, compassionate. You are vivid in my memories.  You are the first chapter of my origin story. You are deeply rooted in my spine as I straighten it every day. You are in my fingers, rubbing together to generate heat, to keep me present. You are in my mother. My daughters will know of you, but I hope they will not know our pain.

M is of Missouri.