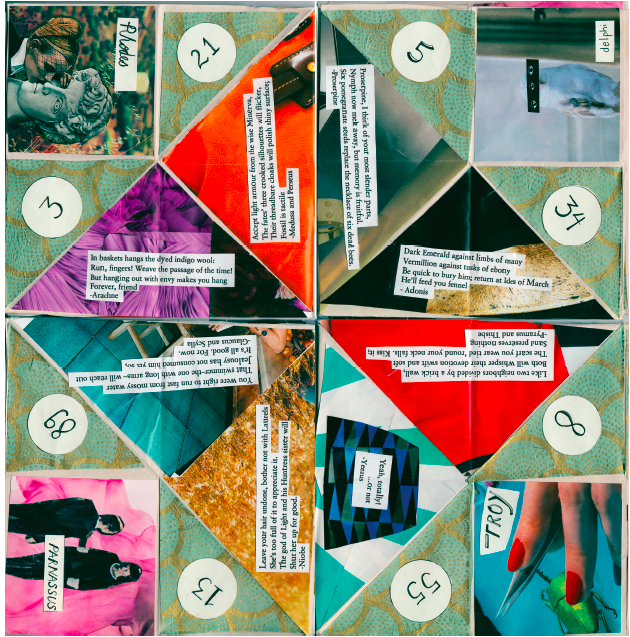 FEAR COMES FROM THE UNKNOWN, the hidden or the invisible. It’s all in your head, but cooties feel so real. For those unfamiliar, perhaps you’re too young—or worse—too old and have forgotten, cooties is an imagined disease that affects school children across the world.

Reports that date as far back as 1969 record analogous diseases in England, Spain, Madagascar, and New Zealand (Ioana and Peter Opie, Children’s Games in Street and Playground). The geographically and temporally pervasive phenomenon of cooties testifies to complicated magic; childhood imagination opens the gates to inherited rituals of diagnosis, prevention, attack, and purification.

How was I supposed to know?
THE ACKNOWLEDGEMENT OF COOTIES goes hand in hand with recognition of difference between individuals. Cooties are the things that other kids have. There are, of course, several modes of ostracism that form in social dynamics, but gender difference is one supported by the places of quotidian kid life—toy store sections, bathrooms, and in some instances separate schools and sleepaway camps. When a child plays doctor, the gender of their patient turns symptomatic; gender is no longer only a fact of difference but can be used as proof of their oncoming diagnosis. Girls will say, “Boys have cooties,” to which the boys will reply, “No, girls have cooties.”

I have grown up—a little—and have witnessed an expanded recognition of gender identities in cultural and political realms. Although name-calling still exists, I am optimistic that the act of assigning someone a gender they did not agree to has gained a self-aware valence.

Dividing bathrooms and toy stores into girl and boy sections looks antiquated in light of this progress. Yet, I feel that cooties have not lost their gender-biased associations. In fact, I think that cooties will always be tied to a gender guessing-game. It is hard to openly ask of someone if they could like you, or to know if you like them. The internal dialogue of such a confused young person may go like this: “Are we compatible? I am not sure... Well, for now, I guess you have cooties.” In this way, the child-doctor can use their diagnosis of the other as a place-holder for making up their own minds. Cooties remain amorphous in definition because the people assigning them may not yet be comfortable stating their desires or their discomforts.

In retrospect, the energy we had put into the diagnosis, protection and contagion of cooties seems to qualify the words of those who were supposed to be wiser than us; “He is just being annoying because he likes you.” If I could travel back in time I might say, “Well, actually, he only has cooties because you like him.”

Sometimes I’m scared of you.
COOTIES ARE PASSED THROUGH TOUCH. Touching crosses a boundary of consent. When touch happens accidentally, consent gets confused. If you sit next to someone you like, do your thoughts get muddled? And if you accidentally touch them, do they all of a sudden know this? If you touch them a little bit on purpose do they know it all the more? Are there people who can claim concentration of such Spartan strength that they are immune to this kind of distraction? Through touch, are thoughts revealed? Children give power to cooties by way of animism. Contagion through brief touch requires the aid of magic. The cootie leaves an impression on the sentient memory of what was touched, be it skin, sweater, or notebook. The cootie will remain for as long as you let it stay.

I would say that most cooties begin through touching of the “accidentally on purpose” kind. The blushing that follows small embarrassment becomes the physical signifier that your body has acknowledged the transference of thought. You stay still, head down, hoping no one noticed. Then, silence is broken, and someone points and shouts, “Eww, cooties!”

Don’t you know I still believe?
I THINK THAT COOTIES INCUBATE in the murky waters of crushes. There is a squirminess that follows the acknowledgement that, if you like someone, they might like you back. This is a personal squirminess, but a universal experience. Either way one must seek protection.

You probably have met someone who had cooties, or maybe you had cooties. Either way, there is a cure to be found in the past, within the structure of an established set of children’s rituals; cooties can be treated by the application of a “cootie-shot.” Find someone who for sure is not infected. Someone you trust to touch you. If you can swing it, try to find someone a little cooler than you. They must take a pen, crayon, or their very hand and transform it into a syringe. While you hold your breath, they have to concentrate. “Criss Cross Apple Sauce, You just got a Cootie Shot.” It’s over, you will be okay. It’s been a long day, it’s been a long party. Treat yourself to some apple juice or apple-brandy, whatever, and have yourself a nap.

Ugh. You’re still awake? If you can’t fall asleep because your thoughts keep moving toward adulthood, discomfort, or crushes then there is one more thing you can try: The Cootie Catcher. 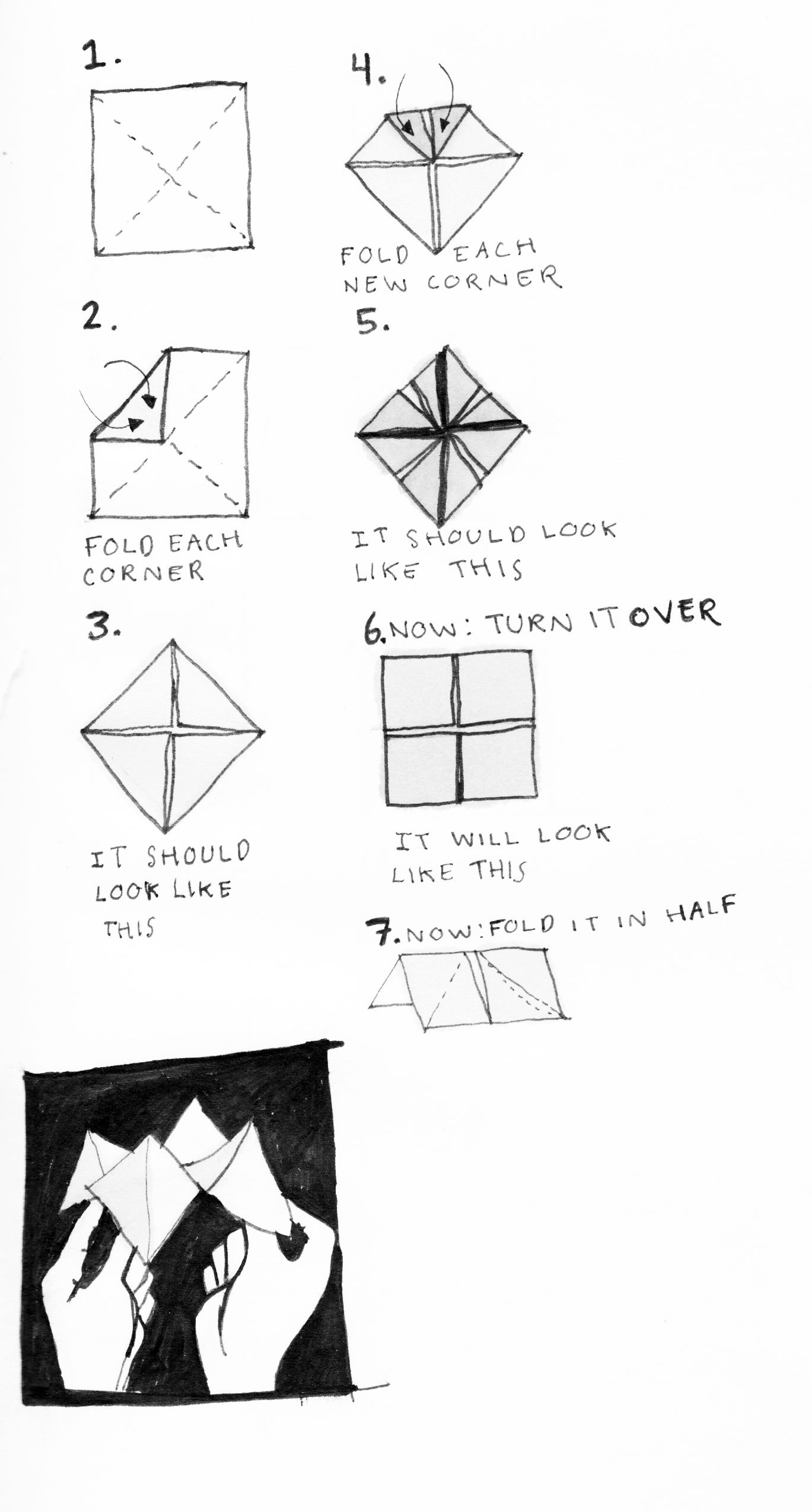 JULIETA CÁRDENAS B’14 is a little know-it-all