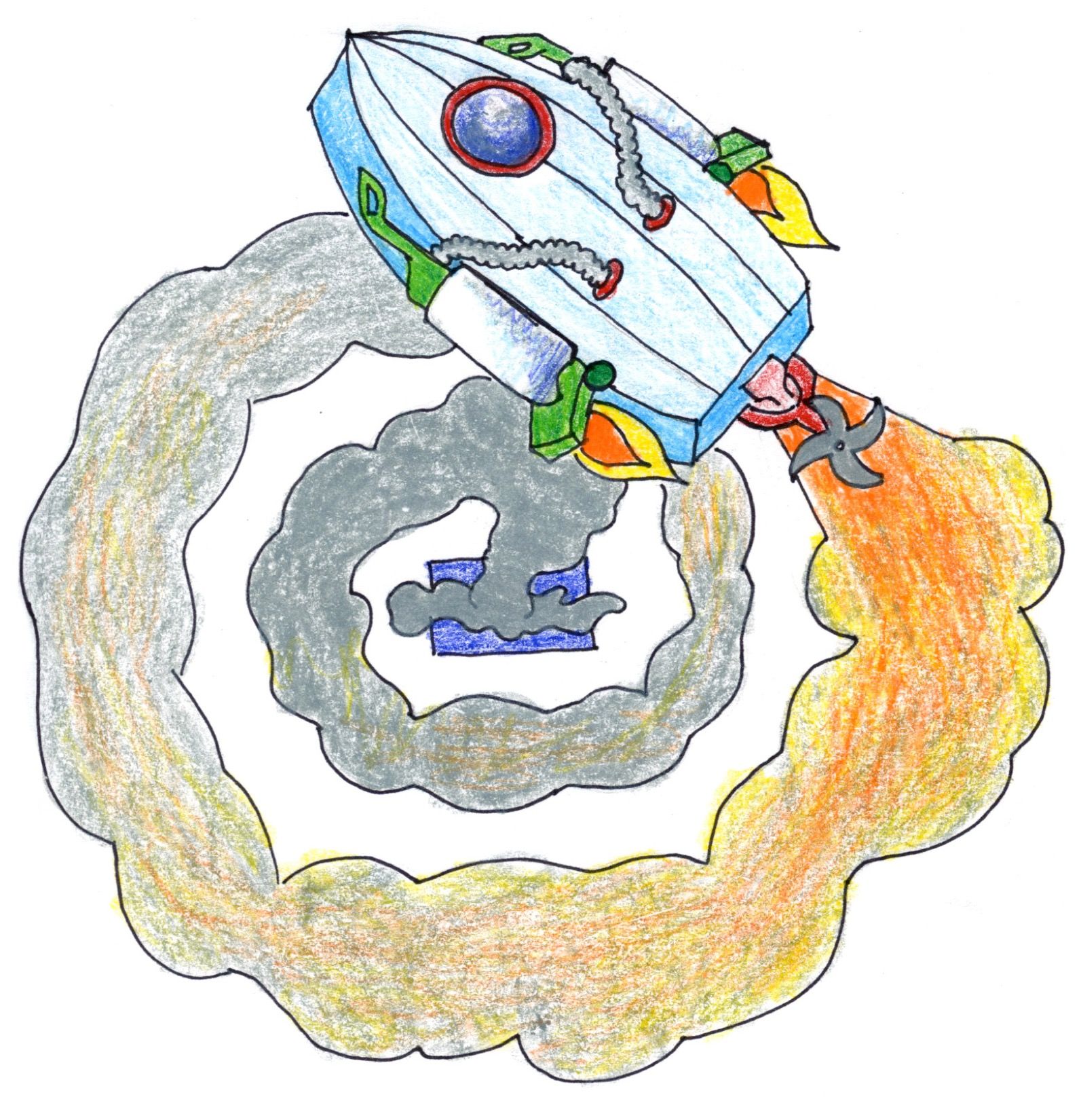 When Nick Burchill arrived at Victoria’s Fairmont Empress hotel in April, 2001, he was carrying a suitcase full of “TNT Brothers’ Pepperoni” he’d brought all the way from Halifax to British Columbia. Burchill planned to give the pepperoni to his friends at the Canadian Naval Reserve base nearby.

Burchill’s company had sent him to Victoria to host a customer convention at the Empress. The luxury hotel is one of Canada’s most iconic, with suites going for upwards of $350 a night and a “world famous afternoon tea” drawing more than 400 visitors per day.

While admiring his ornate room, Burchill worried that the pepperoni was getting too warm after the transcontinental flight. He couldn’t risk damaging Brothers’ meat—it was old-world Polish pepperoni, containing an aroma of real hardwood smoke in its skin, a carnivorous delicacy. But for all its hoopla, the Empress’s room did not contain refrigerators. So Burchill opened his fourth story window and laid out an entire suitcase full of pepperoni on the ledge to let the chill spring weather cool his cargo.

After acquainting himself with British Columbia’s beautiful capital, Burchill returned to find that in his absence, a flock of over 40 seagulls had entered his room and commenced a furious ravaging. The birds looked at Burchill, and he at them. Then, chaos erupted.

The more excitable members of the flock attempted to depart through closed windows, while pepperoni strands scattered like shrapnel amidst a whirlwind of feathers, squawks, and projectile excrement powered by Brother’s deluxe TNT recipe. Though most of the flock exited quickly, one audacious gull tried to re-enter to grab one last piece. In desperation, Burchill hurled a shoe at it, which flew out the window and landed upon guests partaking in the Empress’s Afternoon Tea.

As feathers fluttered down, Burchill took in the remnants of his wrecked room. The lamps were knocked over, and the curtains torn. In the brief moment of repose that followed the mass departure of the flock, Burchill realized he had an important business meeting in a few minutes. And that he had only one shoe.

Retrieving the shoe from the tea party, Burchill began to wash it off. He turned on the blow dryer and stuck it in the wet shoe, only to have both fall into the sink full of water. The lights crackled, then went out. So did power in the rest of the vicinity.

A maid was sent up to clean the room; presumably, she still has nightmares about the carnage.

Shortly after, Burchill received a letter stating that he had been banned from the premises of the Empress for life. Seventeen years later, Burchill returned to the hotel with a formal apology letter and a pound of pepperoni as a peace offering.

“I have matured and I admit responsibility for my actions,” Burchill wrote. “I come to you, hat-in-hand to apologise for the damage I had indirectly come to cause and to ask you reconsider my lifetime ban from the property.”

The hotel manager accepted the apology and verbally pardoned him, though rumor has it the maid quit on the spot after seeing Burchill reappear in the hotel lobby.

According to one-third of 18 to 24 year olds polled by database YouGov, Pythagoras, Aristotle and Magellan might have made a huge mistake. It looks, feels, and sounds like NASA’s story about a round planet Earth might not hold true. And 61-year-old limousine driver “Mad” Mike Hughes has plans to prove it. In his homemade rocket, he intends to launch himself 68 miles into space and clear up growing doubts about the shape of the planet. “This is the king of the deceptions,” Hughes said. “Once this domino falls, this is it.”

Hughes declares he does not believe in science. “I know about aerodynamics and fluid dynamics and how things move through the air, about the certain size of rocket nozzles, and thrust. But that’s not science, that’s just a formula. There’s no difference between science and science fiction,” he explained. He has ridden two steam-powered rockets, made from salvaged metals, off of his mobile-home-turned-launchpad. His first flight—in a rocket painted with the words “Research Flat Earth” —took him a mile across the Mojave Desert, showing that while Hughes might not always agree with NASA, he does know how to build a rocket.

Hughes has not always been a believer in a flat earth. He joined the community shortly after a fundraising campaign for a rocket of his earned only $310, a chain of events that elicits some doubts about his change in beliefs. After gathering information about the possible shapes of the earth, he started a new campaign to fund his rockets as a flat earther and reached his $7,875 goal.

In his most recent launch, which took place on March 26, Hughes skipped the countdown in his rush to get into space. He reached 1,800 feet, from which he returned to earth via parachute. The event, which took about a minute, was risky. Hughes nonetheless landed safely, although he complained about an aching back. This journey was only part of a long term plan to take the photo that will confirm that the globe is not a globe at all.

The Flat Earth Society supports his mission and excitedly awaits more results. The group has been working to revive the belief that the earth is a disc surrounded by sea ice. Charles Johnson, the group’s leader, lost the organization’s historical documents in a house fire and in 2001, after his death, the society temporarily fell apart. In 2007, Daniel Shenton revived the group and achieved a significant following, including Kyrie Irving and B.o.B. (Believer of B.S.?), or, at least, significant attention.

For now, Hughes has to focus on his campaign for governor in California. He posted on his website, which calls Hughes “the last great daredevil,” that, “It is official, I am submitting my submission to run for governor of the great state of California.” We will have to wait and see if his campaign goes any further than his most recent rocket.

We live in an age of media hegemony. According to Business Insider, 90 percent of what Americans read, watch, and listen to is distributed by just six corporations, the likes of which include Disney, Viacom, and Time Warner. The Independent knows its readers go to great lengths to maintain a balanced diet of independent content. Today it breaks free from the stranglehold of our urban media gatekeepers and brings you to Huntingdon, Pennsylvania (population 7,000). In Huntingdon, grassroots print journalism is alive and well in the Daily News, self-described as “Your Hometown Newspaper” and widely considered to be the nation’s foremost purveyor of hard-hitting citizen journalism.

In 1977, Daily News staff put out a call for local opinions, of any sort. One night a week, they set up an answering machine to record anonymous callers’ comments onto cassette tapes, to be printed each Saturday in what they called “The Opinion Line.” Twenty-seven years before Facebook, the Daily News made the first step toward mass media democratization. “Your thoughts deserve airtime,”  they told their readers.

Anticipating the rise of corporate media, The Opinion Line’s editors vowed never to silence their readers’ voices. It continues to operate unfiltered, with modest exceptions for profanity. “Opinions may be objectionable to some readers,” says the Daily News in a bold entry into the free speech debate from a local stalwart. This week, the Indy’s investigative team has sifted through “The Opinion Line” to bring you the best in ultra-independent content.

Getting us started with some criminal justice news, one Huntingdon commenter says, “I’ve been watching a particular bus running stop signs. I live around the Blair building and when they come down the street on the left side, they stop if they see cars coming, but otherwise they go right through it. This needs checked into.” The Indy hopes this bold call for accountable law enforcement will be heard, in Huntingdon and throughout the rest of the country.

For “This Week in Washington”, another commenter reports, “Robert Mueller is an integral part of the Obama/Clinton organized crime syndicate. He was a bagman in the Uranium One deal, protected known Islamic terrorists from arrest and prosecution, and now attempts to railroad a sitting president via the biggest political witch-hunt and wholly dishonest enterprise in U.S. history.” The Indy speculates this opinion may have been sponsored by Russian spies, in a sobering reminder of the vulnerability of even this, our most democratic news-media institution: the local paper.

Concluding our wrap-up is a personal interest story from one Porter Township commenter, who writes, “I wish that my neighbor would clean up his yard and stop taking advantage of everyone in the neighborhood and stop being a jerk and trying to cause trouble for me.” The Indy believes this poignant cry for empathy encapsulates the radical everything-goes spirit of “The Opinion Line.” Never losing sight of the mundane, it stands resolute as one of our few remaining truly uncorrupted media institutions.