The possessions of the passed 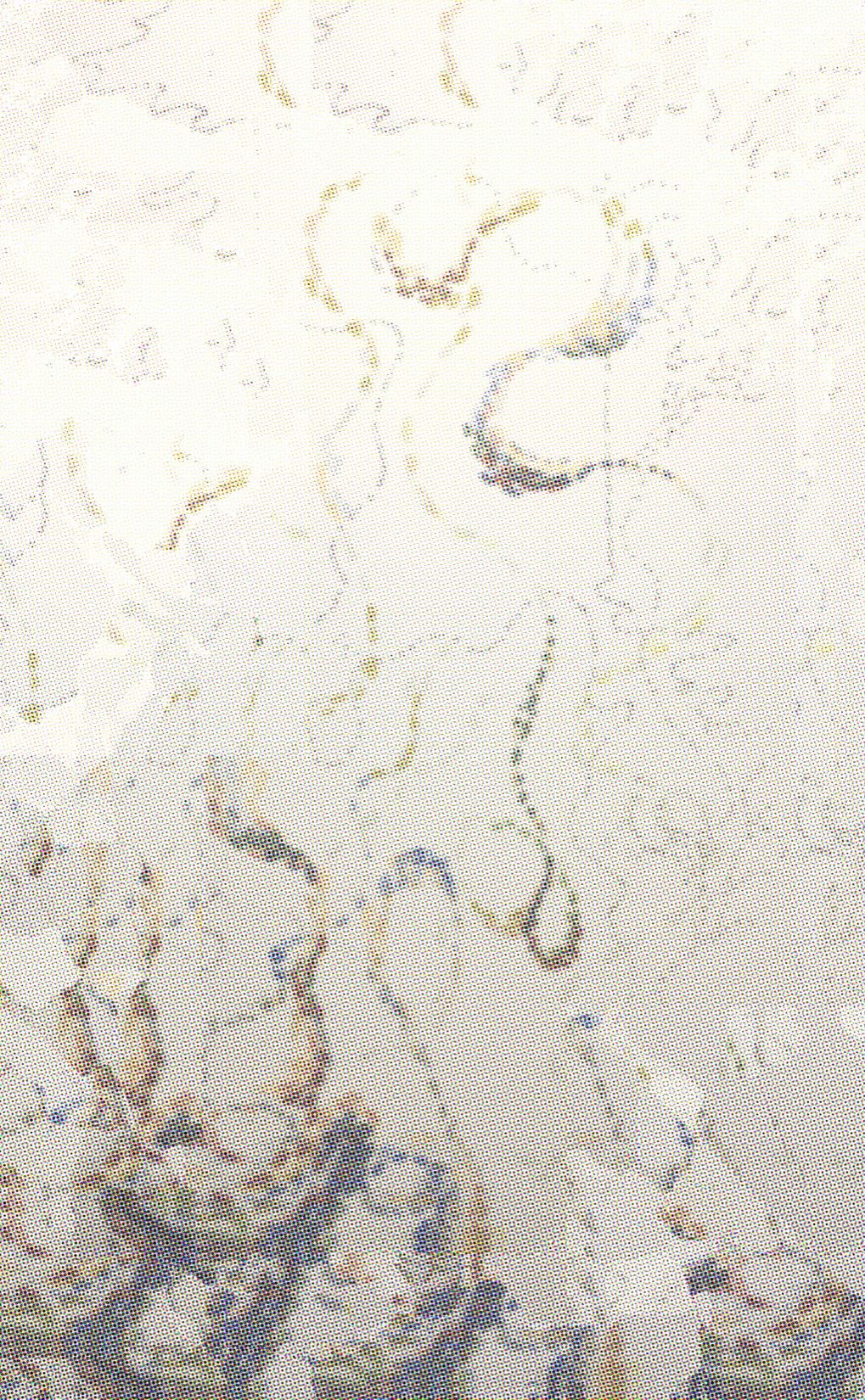 Last month I called my grandma hoping to plan a trip up to Gladstone, Michigan to visit her for Easter. At the end of our chat about the winter storm watch and the salmon at the Freshwater Tavern my grandma made an announcement somewhat suddenly:

Mary is my mother. I promised not to tell.

“When I die, you make sure they bury me in red shoes.”

Surprised, I asked why.

“I’ve always loved them—never had the guts to wear them though.”

I have one pair of red shoes. They are velvet with a tall but stocky heel. I wore them to my freshman homecoming at which my high school crush, Jeremy Burton, asked me to dance. I haven’t worn them since, but I never got rid of them. I remember feeling daring, bold, and flashy out on the gymnasium floor in my crimson cleats.

My grandma is not daring, bold, or flashy. One of seven kids raised in a lower-class Catholic family in the Upper Peninsula of Michigan, she is a tough-talking realist and an expert in humble preservation. She never attended college, and married my grandfather when she was 22. The two of them saved up, bought a house in Gladstone, had five kids, opened two laundromats, and built a family-run drugstore open 365 days a year, 9 AM to 11 PM, except on Christmas Day when its hours were 9 AM to 2 PM.

I have a hard time picturing my grandma strutting around in red shoes. At first I found her request sad, a hint of a more pervasive regret about how she led her life: anxious, apprehensive. But a modest woman through and through, it was exciting that she wanted to make an extravagant entrance into immortality.

The first thing I wanted to do when I hung up the phone was call my mom, but I held back; my grandma can’t be the only one with unconventional requests for the afterlife. Our grave goods—the clothing, personal items, and any other memorabilia we are buried with—function as a final statement of character, one that can be playful, grandiose, heartwarming, or unexpected.

Frank Sinatra requested to be buried with a bottle of Jack Daniel’s whiskey, a pack of Camel cigarettes, a Zippo lighter, and a dollar’s worth of dimes in case heaven had pay phones. In a similar vein, Bob Marley requested to be buried with his red Gibson Les Paul guitar, the Bible, and some marijuana. Whitney Houston dazzled the dead, resting with $500,000 worth of jewelry and designer clothes. For a few years following her death, her family hired armed guards to ward off looters from her gravesite.

All lighthearted and fitting requests, they commemorate the lives of intriguing characters. But for those of us like my grandma, who are not particularly famous or rich or brilliant, our grave goods can represent a break from our perceived personhood. Death as an opportunity for reinvention. Death as an excuse to buy a new pair of shoes. Tell me about your imagined eternity.

Selecting grave goods that capture your character is a rather contemporary phenomenon. Bess Lovejoy, author of Rest in Pieces: The Curious Fates of Famous Corpses writes, “The idea of using your corpse to reflect your individuality is relatively recent.” For a long time grave goods were interred for utility—to help the dead reach the afterlife. In Ancient Egypt, rulers were buried with retainer sacrifices. These human sacrifices, often a former servant or wife of the deceased, were placed with the body to travel with them into the afterlife. The earliest undisputed case of grave goods dates back to the Late Stone Age (some 40,000 years ago) when beads made of basalt were found in graves in the Fertile Crescent, know today as Western Asia, the Nile Valley, and the Nile Delta.

For archeologists, the dispersal of grave goods can signal social stratification. Graves in the Later Stone Age contain an equal distribution of goods, suggesting a relatively classless society. Burials in the Bronze Age, however, reveal treasures concentrated in the burials of the rich and powerful. Burial goods can also signal a community’s level of consciousness and concern for the afterlife, sometimes indicating their degree of spirituality. Examples of such lavish burials include the Valley of the Kings in Egypt where royalty were buried in stone-cut tombs engraved with scenes from Egyptian mythology and decorated with jewels and artifacts to aid the deceased’s transition into the afterlife. This trend continued into the Iron Age with burials like the Chinese Emperor Qin Shi Huang, whose terracotta armies—estimated to number 2,000—were placed in pits beside him to serve as protection. In the Christian Middle Ages, grave goods were less common, replaced by external signs of status such as expensive tombstones or effigies.

Afterlife arrangements can be traced through nearly all cultures, religions, and time periods. As early as the 1600s, women in England were sewing their own burial clothes, which often doubled as their wedding dress. They kept these garments under their beds in case of emergency. At the turn of the century, burial robes, also known as shrouds, were mass-produced by specialized seamstresses. The shroud was a loose-fitting gown with billowy sleeves and an open back. It was secured at the neck and the extra material tucked under the body for a one-size-fits-all solution. Sham burial suits were also common. Shams appeared to be quality clothing, usually a favorite outfit of the deceased, but were actually knock-offs. A man was not buried in his best double-breasted suit, but a cheap replica of the jacket that would be visible during the funeral. While pragmatic death planning in Ancient Egypt emphasized the deceased’s journey, more modern death preparation often prioritizes the living.

Though perceived utility has morphed into symbolic gestures, burying someone with grave goods, or choosing your own, implies a corporeal belief that the whole body moves into the afterlife—as opposed to just the soul. Grave goods are found in nearly all religious and cultural environments, but tradition no longer dictates how the dead are dealt with or commemorated. With personalized memorabilia, preparing for death has become a more intimate experience. However, like the traditions of ancient societies, death practices are an indication of how personhood is conceived of in life.

But those practices are changing. Any funeral director today will tell you cremation is the most common current practice, presenting an entirely new set of choices, none of which include grave goods. According to the National Funeral Directors Association (NFDA) 2017 Cremation and Burial Report, 50 percent of Americans chose cremation in 2016, up from 48 percent in 2015. This was the first year cremations surpassed burials in the United States. NFDA expects this trend to continue over the next 20 years, with the projected rate of cremation reaching 78 percent by 2035. The reasons noted in the report included the diminishing hold of religion on American life and the rising cost of burial—with cremations usually far less expensive than conventional interment.

With cremation as the hottest ticket into the afterlife, people are finding innovative ways to preserve their remains. Instead of being buried with personalized items, some are opting for their remains to become part of these very objects. A website called creamationsolutions.com offers the option of wearing your loved one on your finger, suspending their ashes in a purple crystal ring. Others have found even wilder applications for their ashes. Timothy Leary, famous for spearheading studies of LSD, had his ashes shot into space where they orbited until 2002. Artist Stephen Irwin left a request that his ashes be turned into graphite pencils. As fewer and fewer people find solace in the ground, there are new options for those seeking individuality even in death.

Fewer burials mean fewer grave goods, but the inclination to personalize death remains: ashes are scattered at the deceased’s favorite shoreline, around the bench where they were proposed to, next to the grave of their parents. The trend towards cremation may reflect a shift in the way we view death; we are no longer placing objects in the ground with our boxed-up bodies, but opting for a more fluid integration of our corporeal remains with the environment.

I rang my grandma yesterday and apologized for not making it up there for Easter. We gossiped for a bit, and then I asked her what type of red shoes she wants to be buried in. “Red loafers,” she responded. I couldn’t help but smile—zestful and practical, eye-catching and comfortable—they were a perfect fit.

EVE ZELICKSON B‘19 wants her ashes to be used in an Ephemera page.