The West Virginia teachers strike and the future of American labor 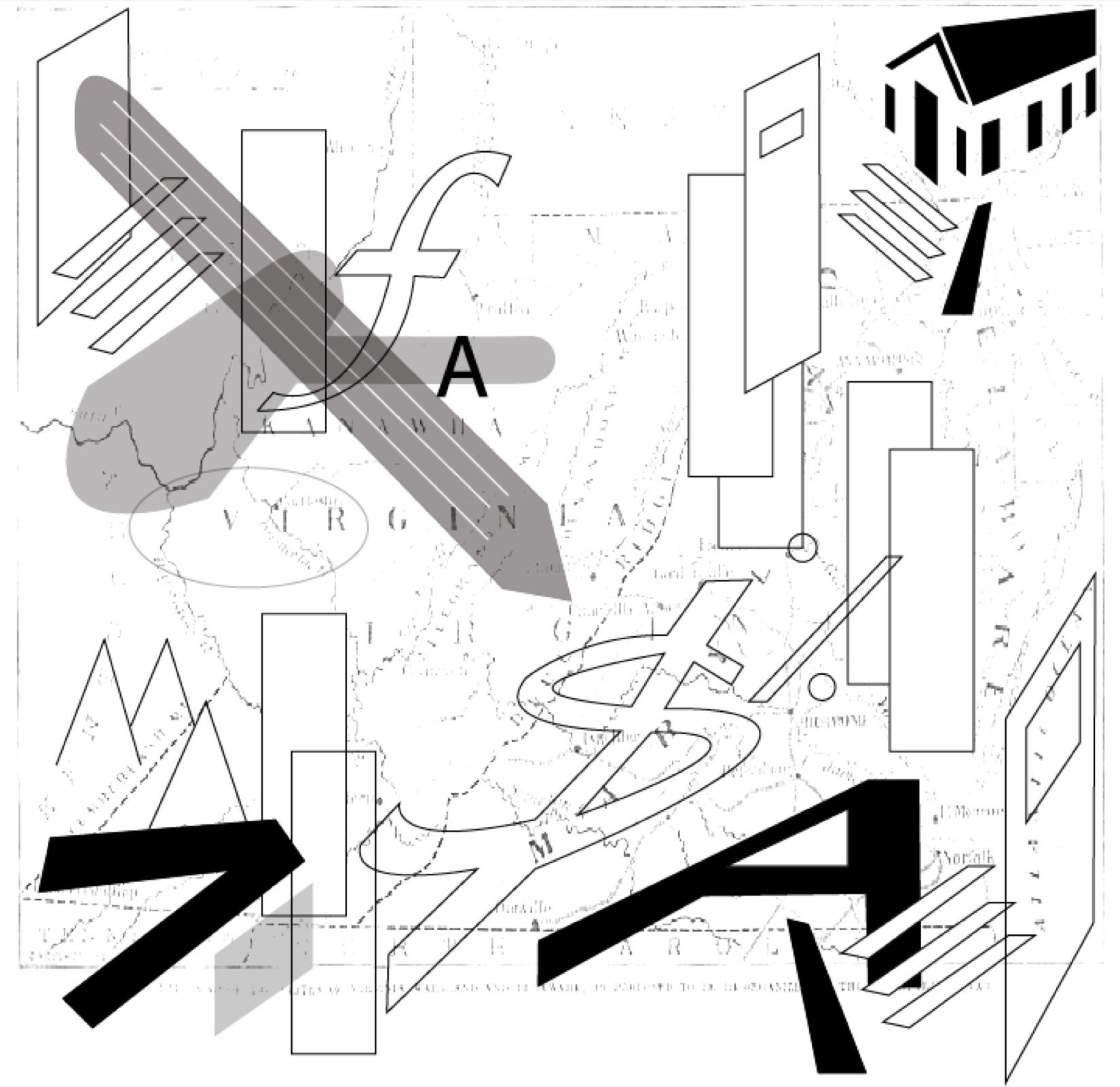 On February 22, 35,000 teachers in all 55 West Virginia counties walked out on their jobs, shutting down public schools statewide for the second time in the state’s history. The first time was 28 years ago. Public school teachers across the country are underpaid and face poor working conditions, but the situation in West Virginia has been especially dire. According to statistics published in 2017 by the National Education Association (NEA), West Virginia ranks 48th in the country for teacher pay, with an average salary of $45,622 in 2016—$10,000 below the national average. But teachers decided to strike when the state legislature approved changes to the state’s Public Employees Insurance Agency (PEIA), which would double monthly insurance premiums for many state employees starting this summer. One teacher’s sign during a strike protest in state capital Charleston read, “Will Teach for Insurance.”

The nine-day strike—the longest in the state’s history—continued until March 6 in a remarkable display of unity among the teachers, who organized in a Facebook group independently of the leadership of any organization. The West Virginia Education Association (WVEA) and American Federation of Teachers-West Virginia (AFT-WV) can lobby state legislators but doesn't actually have collective bargaining rights. The strike ended when the governor promised a five percent pay raise, to halt premium increases for the next year, and to create a task force to reassess PEIA’s structure. However, the legislature failed to meet teachers’ demands that the funding for these measures come from a severance tax on natural gas, instead funding it with a cut to the state’s Medicaid program—meaning that among other issues, there is still no long-term source of revenue that could offset the costs of keeping insurance premiums low. Changes to PEIA besides the short-term cap on premiums have yet to be made.

Though the strike in West Virginia was not a complete victory, it came as an unlikely success at a moment when such collective actions are rarely seen, and still spurred similar movements across the country. Teachers in other states are now beginning to follow suit, with threats of a strike being issued by teachers in Kentucky and a statewide work stoppage planned for April 2 in Oklahoma. In a public Facebook post explaining the reasons for the strike, Tulsa teacher Beth Wallis wrote, “I woke up this morning to a bank account in the red because a gas bill had accidentally deducted twice-over this month. My gas bill isn't extravagant, but 2x means that my once-a-month public school paycheck can't budget for any sort of emergency. I can always wait more tables, right? Maybe sell some plasma? At least I don't have massive student loan payments like most teachers who are working their whole lives literally to pay off the training it took to get them the job in the first place.” Wallis’s story is not an outlier in her state. Oklahoma ranks just after West Virginia as 49th in the country for teacher salaries, with an average of $45,276 paid out to teachers in 2016.

As these state-level movements continue to build, West Virginia could also see improvements beyond the compromise that ended the strike. In an email interview with the Independent, West Virginia teacher, strike organizer, and member of the state’s branch of the Industrial Workers of the World (IWW) Michael Mochaidean explained, “If other states become victorious in enacting a severance tax to pay for their pay raises, then that could signal to us that additional direct action might be needed.” Though no future actions have been planned yet, Mochaidean is optimistic: “Gym and PE teachers I've spoken with—people who have never been involved in politics or government their entire life—now know the ins and outs of our state government. That's a dangerous force to be reckoned with long-term.”

The revived movements among teachers in these states come at a time of intense national debate about the role of teachers and education in children’s lives, particularly under President Donald Trump’s Secretary of Education Betsy DeVos, who has decried public education in America as a failure not worth investing in. Furthermore, a coming Supreme Court decision could potentially gut public sector unions, continuing a trend of dwindling union power since President Ronald Reagan fired thousands of striking air traffic controllers in 1981. The strike in West Virginia, even as it was organized without an official union, shows how crucial collective action is to progressive reform.

The recent strike in West Virginia is part of a long tradition of labor organizing in the state. Many teachers and supportive students at protests across the state wore red scarves—a nod to the striking coal miners who wore red scarves while fighting in the Battle of Blair Mountain in 1921, against mine operator-backed law enforcement trying to violently suppress their union.

The gesture also points to common ground between blue collar workers and many of those employed in so-called middle class professions. Teachers are generally seen as members of the middle class, despite the fact that in West Virginia the average coal miner makes about $10,000 more annually than the average teacher. The criteria that determine whether someone is working or middle class relate more to their job’s required level of education and the nature of the work itself, rather than consistent differences in economic power. Michael Mochaidean argues that a more meaningful distinction can be made between the working class and the employer class. “Many teachers work two or three jobs just to make ends meet. Their financial needs mirror those of other working class Americans, and while their degree status might differentiate them from traditional blue collar work, I see the income levels and health care concerns are more central to their class status than these other, ancillary points,” Mochaidean explained to the Indy. The expansion of the contemporary definition of working class to include professions like teaching recognizes that these workers largely share the same needs despite differences like a college education or more physically demanding work—particularly in light of declining workplace benefits.

In the national media, West Virginia is most often invoked in the narrative of the Trump-supporting ‘white working class,’ embittered and economically depressed by the decline of the state’s coal industry, and misled through their ignorance into viewing Donald Trump as a savior. This narrative takes up stereotypes about blue collar workers as representative of the working class as well as the Appalachian region. The perception that rural Appalachians are “helpless,” according to Mochaidean, is why he believes that many mainstream outlets, including CNN and MSNBC, initially misreported that the strike had ended after a deal was made between the WVEA and the state legislature—a narrative that positioned the WVEA, a broadly purposeless institution, as saving the teachers.

The ability to even form a union is still not on the table for the West Virginia teachers. Collective bargaining for all public employees is banned by the state, and teachers are free to join either the WVEA or AFT-WV, both, or neither, unlike a union which represents all members of its workforce regardless of membership. This is why teachers rejected the WVEA’s initial deal—it did not represent their demands in any capacity.

Typically, unions are able to charge argency fees to non-members that go towards the cost of representing them in collective bargaining. Janus v AFSCME, currently being deliberated over in the Supreme Court, could end the right to collect these mandatory fees for public sector unions nationwide, gutting their power in the same way that the WVEA and AFT-WV have already been weakened by West Virginia’s laws. In the case, Illinois state employee Mark Janus sued his union on the basis that the collection of the fee was a violation of his free speech rights, because he didn’t want to support the union. The Supreme Court, with Trump appointee Neil Gorsuch, is likely to side with Janus, overturning a decades-long precedent.

Still, the case of West Virginia provides an example of how labor organizing can still take place, with some difficulties, without this form of union representation. Because WVEA and AFT-WV were forced to fight for state legislation on issues that would normally be negotiated by a union, striking for nearly two weeks became West Virginia teachers’ only recourse. Rather than utilizing what Mochaidean calls a “business unionism model,” in which a hierarchical union with paid positions lobbies an employer for certain benefits, teachers made their own demands without relying on intermediaries.

West Virginia’s strike came in the wake of the Stoneman Douglas High School shooting and subsequent comments by national public officials, including President Trump and DeVos, claiming that arming teachers could be one way to curb mass shootings in schools. Though no national legislation has been proposed to this end, serious pushes for state-level initiatives to arm teachers, including one in Florida, represent a dramatic and unprecedented expansion of the role teachers are meant to play in children’s lives.

Teachers already support students in ways that don’t fall under their official job descriptions, though they’ve never been expected to be able to fend off attackers brandishing assault rifles. In underfunded schools, teachers often end up paying to be able to do their jobs: in the 2015–2016 school year, teachers spent an average of $600 out of pocket on supplies for their classrooms, according to statistics collected by the nonprofit organization AdoptAClassroom.org. One Oklahoma third-grade teacher, Teresa Danks, made headlines last summer when she stood on a Tulsa road panhandling to raise money for her classroom. In an interview with NPR, Danks said, “I make a little bit under $35,000 a year, and that's before taxes and insurance and stuff. And then I spend about two grand a year on my classroom just to make my kids successful.” Throughout West Virginia, where one out of four children lives below the poverty line, teachers prepared and distributed meals to low income students so that they wouldn’t go hungry during the strike.

The current presidential administration, much like the previous administration, has emphasized support for charter schools and ‘school choice’ over funding for public education. In her widely-panned interview on 60 Minutes last Sunday, Secretary DeVos summarized her approach to education as, “We should be funding and investing in students, not in schools, school buildings, not in institutions, not in systems.” But teachers, just as much as students, are not buildings or institutions—they are workers who take on an exceptionally broad range of responsibilities and deserve to be able to make a comfortable living. Under DeVos’ leadership teachers from state to state are likely to see their wages continue to stagnate or even decline, even as they are expected to shoulder entirely new responsibilities.

It’s not yet clear what the future holds for West Virginia’s teachers, whose demands have still not been fully met by their state’s government. What will come of the promised task force on PEIA is still up in the air, and how much the organizing power of the teachers will sustain itself beyond the end of the strike remains to be seen. Still, the impact of the strike has already reached far beyond West Virginia’s borders, speaking to the concerns of teachers all across the country as their profession has been devalued through a lack of material support, even as they’re expected to do more than ever. Even while on strike, the teachers gave the whole country a lesson on the persistent power of the rank-and-file, directly making their grievances known.

JANE ARGODALE B’18 is forever indebted to the English teachers at Stuyvesant High School.