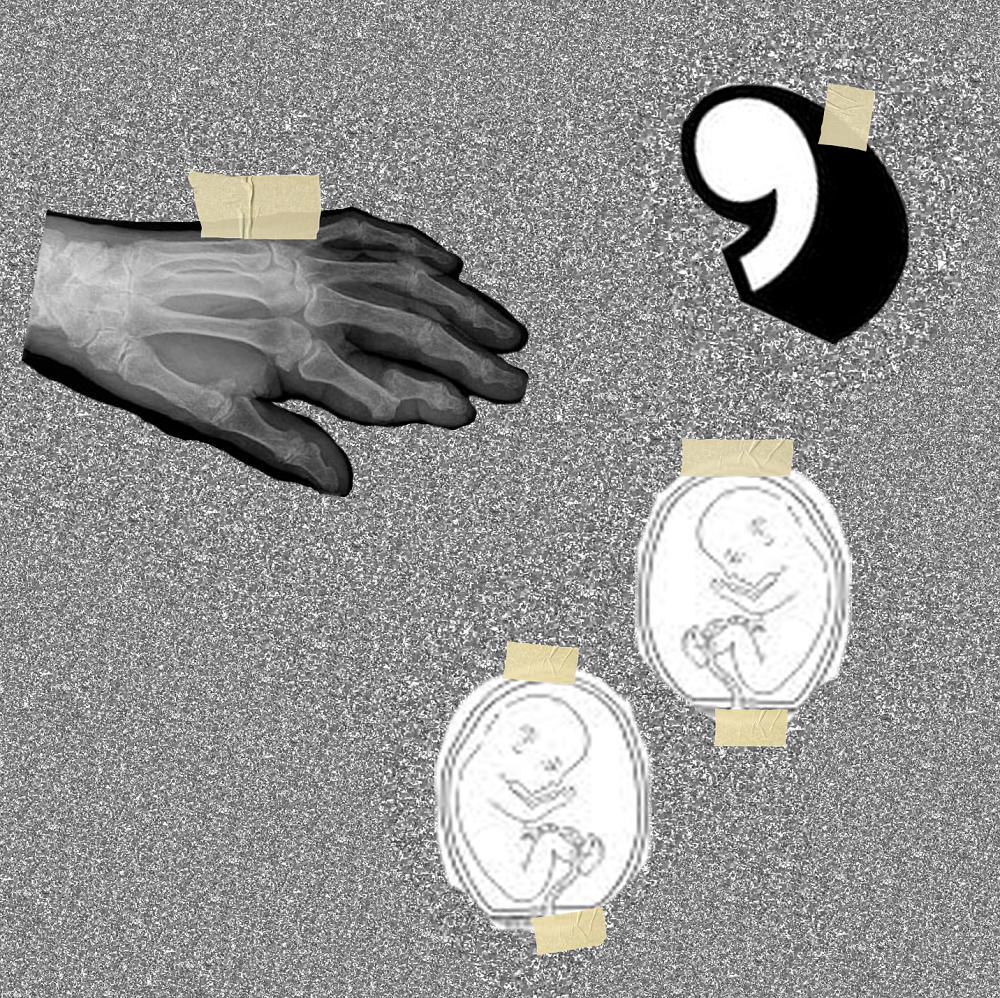 There’s something unfailingly secure about reciting charts of conjugated verbs. Something about the rhythm, the way everything seems to fit neatly into a pattern. If you ask a former Latin student what they can remember, they will often first say amo, amas, amat, amamus, amatis, amant: I love, you love, she loves, and so on. It’s a present active indicative conjugation of ways to love, amare.

When a language uses structured form-changing like that, it is said to be ‘highly inflected,’ from flectere, to bend, the same root as for flexing muscles and genuflecting. Which is to say that it might help if you can think of conjugating a verb as hinging meanings around the limited rotation of an elbow or knee: “let me count the ways.”

The idea of counting becomes tricky in grammar as we apply ordinal numbers according to different relationships between the speaker and the meaning. We call ‘I’ the first person, ‘you’ the second, and ‘she’ the third. This type of counting depends upon bodies, because the body producing the word ‘I’ would, of course, change the meaning of the word.

But that relationship isn’t what the term ‘grammatical number’ refers to.

Most English speakers only know of these two grammatical numbers: singular and plural. There’s being alone, and then there’s everything else. But of course we know that it’s not so simple. We usually navigate the complexities of singular and plural categories with ease, swapping between phrases like everything is and all things are. When we’re using ‘they’ to indicate a singular subject, either as a specifically gender-neutral pronoun or as a general designation, we still use the verb form marked as plural, only because it sounds right to say ‘they are’ rather than ‘they (singular) is.’ (If any English teacher tells you that you can’t do this, they are mistaken. Language is as fluid as water, as blood.)

There is also a grammatical number somewhere in the in-between, neither singular nor plural. It doesn’t exist in English, but in some languages the quality of two-ness is not considered plural. It’s a separate category, the ‘dual’ grammatical number. Languages with a consistent dual, such as Sanskrit, require three columns in the verb conjugation chart instead of two, and so we read across: I love, we (two) love, we (three or more) love, let me count the ways.

In English, we still hear traces of our long lost “dual” when we say both of us instead of all of us for two people, and when we say either instead of any. The distinction between dual and plural seems to still be alive, if only in a vague way. Some instinct in the back of our Proto-Indo-European teeth tells us that two is different from three in a way that is more significant than the way that three is different from four.

Or maybe we know it from observing how only two people can make eye contact at once, how it is impossible for three to manage that feat.

As a twin, I think a lot about two-ness. My twin sister and I like to call ourselves wombmates. As fraternal twins, we don’t share any more genetic material than two regular sisters would. But we know that there is a two-ness about us because of our original shared home, a distinction that English grammar can’t describe. There’s no place for it in the conjugation chart.

Twinhood, while interesting, isn’t the real reason why I’m so preoccupied with grammatical numbers. I think I like the idea that there is a way to linguistically distinguish the plural verb ‘are’ in ‘we are (members of a group)’ from the rarer, more beautiful, dual ‘are’ in ‘we are (just the two of us, you and I, together in a café, or perhaps in bed, or joined only on the page as you read my words)’.

That difference has something to do with how the distances between us are necessary for deciding which words to use. In order to use a word like ‘you,’ I have to draw a line, decide where I end and where someone else begins. I draw these lines over and over again without even thinking about it.

There is an inherent separateness between your interior life and mine, even between my twin sister’s interior life and mine. People like to joke about how twins can read each other’s minds, but I don’t like to think about how frightening that would be, eliminating the essential difference between interiority and exteriority, how that might unhinge us from ourselves. We probably wouldn’t be able to use language at all after such a fundamental breach, wouldn’t be able to call each other ‘you.’

It’s easy to forget that every piece of communication is fragmentary by nature and that we must speak in fragments in order to be understood. If written language is the mind on paper, then punctuation is our reminder that the mind can never make it onto the page in one piece, that sentences have to be broken apart from other sentences in order to be whole. The brokenness of spoken language is also innate to our bodies. We will always have to stop to take a breath, which is to say that we will always have to break off momentarily in order to continue. But of course, not all languages are spoken aloud, or can be spoken aloud.

The Greek word komma is derived from the verb kopto, to cut or strike. Sometimes I worry that I overuse commas, just because I want all the ideas to be touching each other, because I want to fill my paragraphs with little crescent moons, as if to say to the reader, here, take this and put it in your pocket, this way we will never fall out of touch, which is one of those English idioms that get sadder when you think about the wording for too long, falling out of touch.

But I love the idea of staying in touch. What a beautiful phrase, the idea that the occasional letter or text can be a type of touching. When someone says stay in touch, I imagine the pads of our fingertips gently pressing against each other from far away.

In my writing, I tend to feel that I’m in the business of stitching threads between self and other. But sometimes I prefer to use other methods for that act of connection; sometimes instead of typing behind a laptop screen, I find myself bridging the spaces between bodies in more of a physical sense, which is not to say that sex and writing are the same thing, only that they are both ways of drawing myself closer to others, finding new verbs to conjugate in the dual or plural.

It isn’t easy to write about sex. The words never seem quite right. I think that part of why the language of sex is so strange is that language evolves with usage. Maybe the taboos surrounding intimacy have produced a less-refined system of expression. I like to believe that this language would somehow improve if we talked about sex more. You can have sex with someone but not to someone, though ‘making love’ can use either preposition, and the word ‘fucking’ often implies a messy dialectic of subject-and-object that ascribes passivity to one of the actors.

But discussing power structures in the language of sex is nothing new, and sometimes I get tired of thinking about the active and passive voice, tired of being told that the passive voice is somehow lesser, or that it necessarily indicates an absence of autonomy. I’m more interested in another kind of two-ness, the division between the inner world and outer world, the division between myself and everybody else.

When I hear phrases like ‘personal agency,’ I often think about what it means to be an agent in the grammatical sense of the term, to set a verb into motion, and I think about how the Latin verb agere equally means ‘to do’ and ‘to make.’ The etymology of agency itself has its own duality or twinhood in that way, a duality of doing and making. I wonder if agency could be as simple as the ability to draw the curve of a comma, fracturing ideas in order to connect them, folding them into each other so that they’re just a little bit closer.

Anna Hundert B’18.5 recommends that you also check out Jane Argodale’s “A Loss For Words” from the Indy’s February 16 issue.