by Ivy Scott & Will Weatherly 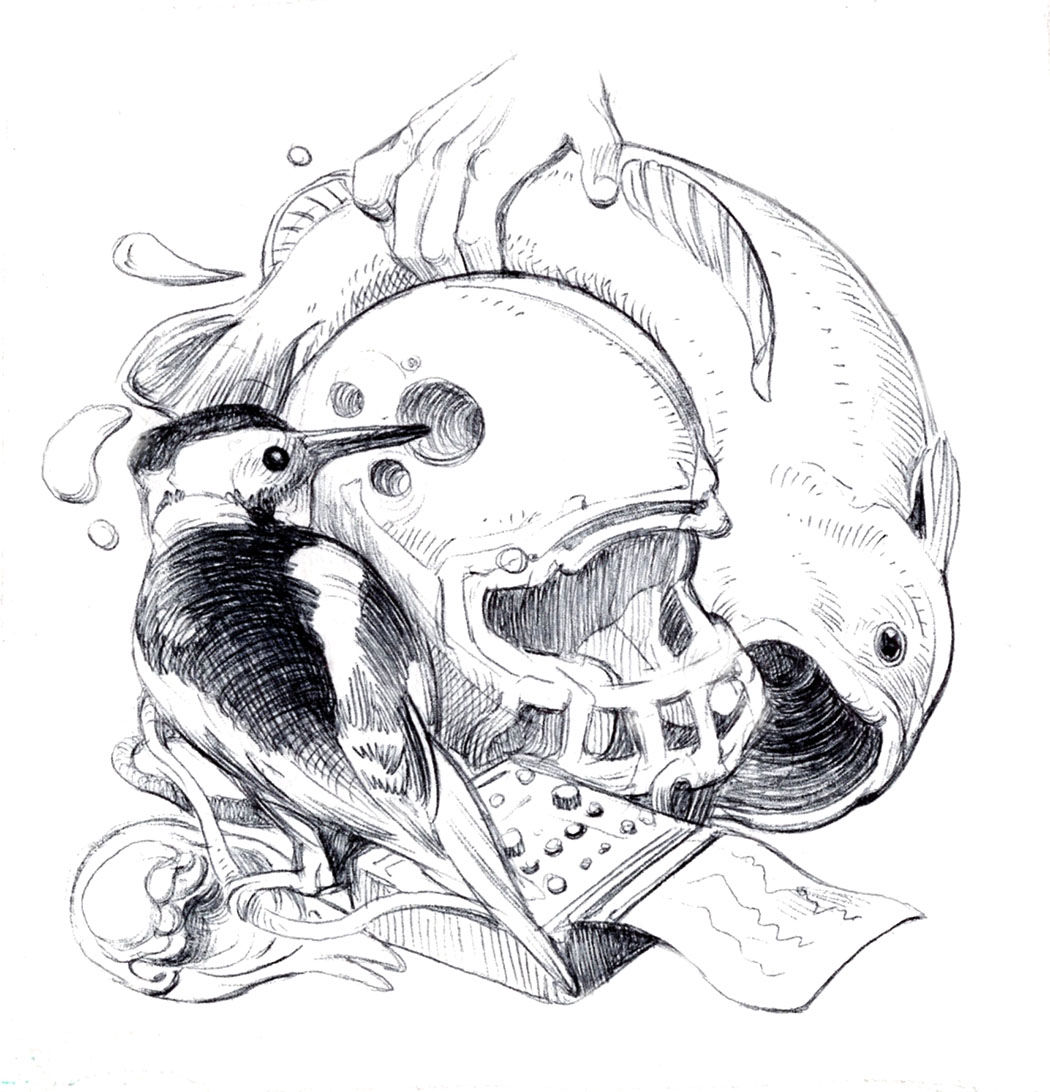 “It is the things we love most that destroy us,” wrote Suzanne Collins in the third book of the Hunger Games trilogy. However, it is not necessarily the angsty teen who is best able to relate to this line from Mockingjay, but a fellow bird: the woodpecker. The very activity for which they are named might be giving them serious brain damage.

According to a study published by the journal PLOS One on February 2, an accumulation of the same protein linked to Alzheimer’s in humans is present in the brains of woodpeckers. The protein, tau, can disrupt human brain functions when it detaches from microtubules (structures that internally support nerve cells) and sticks to itself instead. Woodpeckers smash their skulls against trees, walls, and houses at approximately 15 miles per hour, using a force of 1,300 Gs. Considering that it can take only 60 Gs of force for a human to get a concussion, the Indy is hardly surprised that tau is taking up so much space in their tiny brains.

What is surprising is that no one has noticed the build-up until now. For decades, woodpeckers have been the heroes of the helmet industry. Sports equipment manufacturers have funneled thousands of dollars into research on Picus viridis, Dendrocopos major, and many other similar species. Professional football, the crowning jewel of traditional American entertainment, relies on the woodpecker as a model for protective helmet design. The Indy has to ask: has the woodpecker let America down?

“There have been all kinds of safety and technological advances in sports equipment based on the anatomic adaptations and biophysics of the woodpecker assuming they don’t get brain injury from pecking,” one author of the study, Peter Cummings, told the Boston Globe. “The weird thing is, nobody’s ever looked at a woodpecker brain to see if there is any damage.”

But all is not lost for the woodpecker! Lead author of the study George Farah is convinced that the incessant pecking isn’t damaging woodpeckers nearly as much as it might damage the human brain. In the right amounts, tau protein actually stabilizes the brain. Farah believes that tau buildup might have a protective effect on the birds, whose benefits could in turn be applied to humans. “If pecking was going to cause brain injury, why would you still see this behaviour? Why would evolutionary adaptations stop at the brain?”

The Indy suspects that Farah has a point­—at least, we hope he does. Although, let’s be honest: if America has hand-picked the one animal known to run into buildings to protect the minds of its people, who’s really the birdbrain?

Dontcha know: the 1996 film Fargo, in which otherwise ho-hum northern-Midwesterners perform senseless acts of violence, was originally going to be titled Brainerd, after Brainerd, Minnesota, where the film is primarily set and shot. That the Coen brothers instead titled their movie after a town that is barely featured is arguably their biggest point: that the name of the town is not all that important, and that evil lies dormant everywhere, even under 10 feet of icy Midwestern repression.

But perhaps there is something specifically fishy about Brainerd, as evidenced last month at its 27th Annual Brainerd Jaycees $150,000 Ice Fishing Extravaganza. The competition, a charity event sponsoring local philanthropic causes, is advertised as the largest of its kind in the world. At 7AM on the morning of January 27, 12,000 contestants lined up to claim one of 20,000 holes bored into the surface of Brainerd’s Gull Lake. With only 150 prize fish selected to reel in the big bucks, there’s a lot hanging on the success of anglers’ hooks. “We’re not only the biggest ice fishing contest in the world, we’re the best,” event chairman Shane Meyer told the Minneapolis Star Tribune. “We want there to be no question whatsoever by participants that the contest is legitimate and on the up-and-up.” But as reported by the Tribune this month, officials this year launched a “major investigation” to figure out if the winners’ ‘real catch’ was far less real than they claimed.

The anglers in question, first-place winner Stephan Lyogky, his brother, third-place winner Ivan Lyogky, and their awkwardly worse relative, 98th-place winner Rostik Lyogky, were visiting the competition from their home in Ohio. Around half an hour after the start of the competition, Stephan and Ivan Lyogky were fishing together in the northwest corner of the lake when they caught their winning, matching pikes. Of the 150 prize fish, only three were northern pikes; other species caught included 135 tullibees, with 11 walleyes, and one perch. This single perch—a “whopper by Gull Lake standards” according to the Tribune—was Rostik’s.

While organizers claimed they had “no proof that anyone cheated,” it did seem as if there were some slippery details in the Lygokys’ account. “I was paying attention to the guy next to me who caught a pike at 10 feet [deep],” Stephen Lyogky told the Pine and Lakes Echo Journal. “I saw that and pulled up, and sure enough it was there.” This has all the features of a graceful evasion, given that Lyogky’s claim could apply to pretty much any fishing at all. How were officials supposed to drill down to the truth, especially in a sport where success seems either fortuitous or completely arbitrary?

Last week, competition officials announced that all three Lyogkys had complied with polygraph tests; finding no deception, the investigation has been closed. Without further data, the Independent can only echo these findings. However, one is left wondering what a polygraph test about a northern pike entails; an interrogator slowly asking “One fish? Two fish? Red fish? Blue fish?” to the man in the hot seat, perhaps, ready to catch his deception hook, line, and sinker.