Shipping in the Arctic 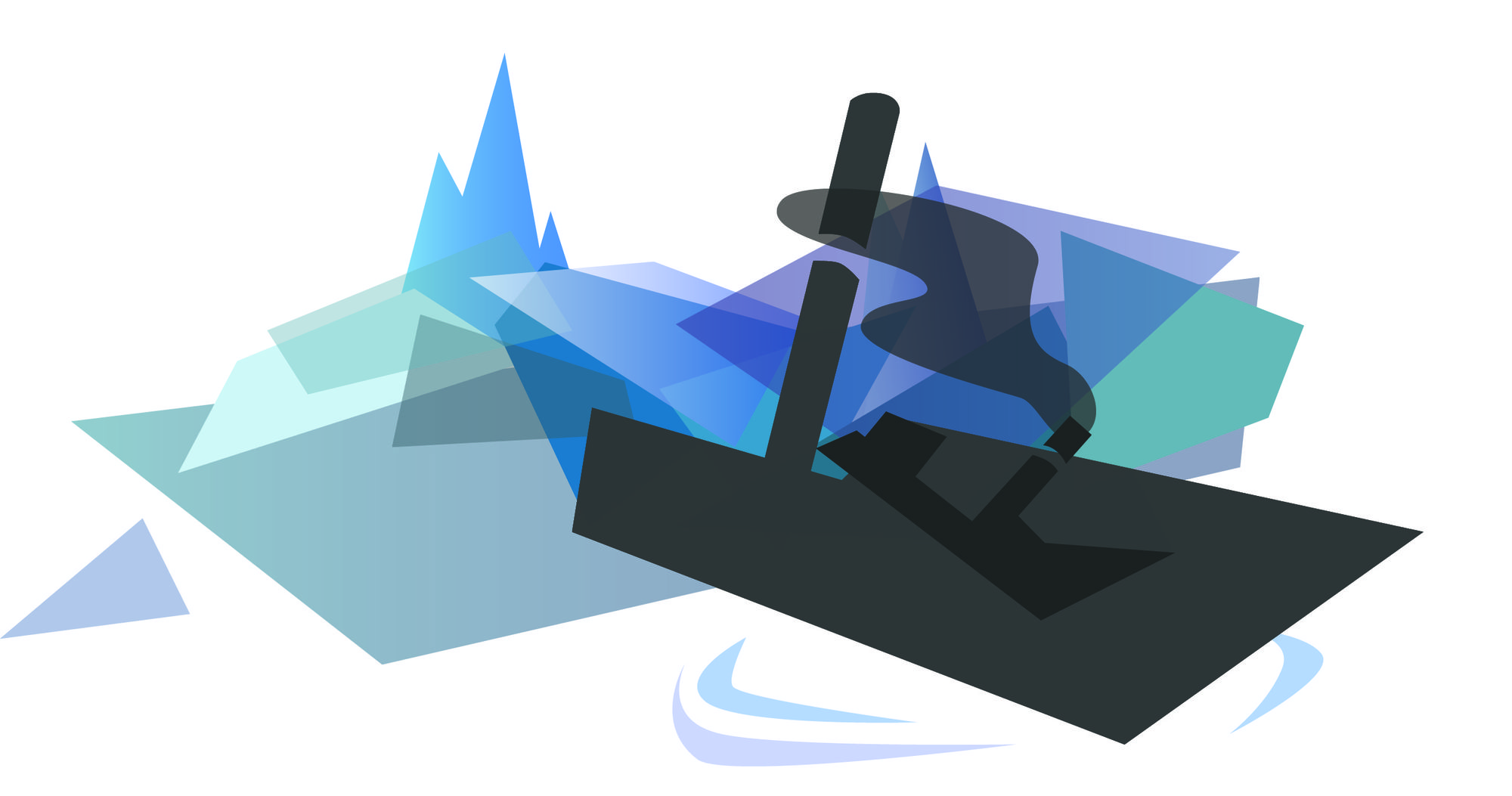 THE EARLIEST SATELLITE PHOTOGRAPHS OF the Arctic in summer date to 1978. From above, the ice extends to the rim of Siberia. It stretches across Greenland. It locks Canada's northern islands into place.

The time-lapse that follows is familiar: the ice recedes slowly, creaking, at a rate of about 3.7 percent per decade. A band of darker blue emerges around the cap. Melted seawater sloshes in the channel between the freeze and the barren coast.

The camera fails here, but imagination serves. Zoom in. In to the blue band, to the place where the­­re once was ice and now, in late summer and early fall, there is water. Zoom in until you see a tanker—huge, fat, gray—crawling across the Arctic sea.

This ship is operated by Hyundai Glovis, a South Korean logistics company. It is en route from St. Petersburg to Gwangyang, in South Korea, where it should arrive around October 17. Its hold is full of naphtha, a liquefied fossil fuel similar to gasoline. This tanker is on its first Arctic voyage. It is traveling along the northern coast of Siberia, near the shrinking top of the world, with a hold full of hydrocarbon. It is traveling on water where once there was ice.

A COMMERCIAL TANKER FIRST CROSSED the entirety of the Arctic in 2009, when the Beluga Group, a German firm, sent a vessel from South Korea to Rotterdam. Since then, the route has been passable only in the summer, when the ice recedes and, even then, conditions are harsh. Tankers need double hulls, non-magnetic compasses, and icebreaker escorts to pass through the Arctic safely. This makes the northern route difficult and expensive. But for major carriers, like Hyundai Glovis, the rewards are worth the risk.

Shipping across the Arctic is an exercise in cynical foresight. More than twenty percent of the world’s exploitable oil and gas reserves lie north of the Arctic Circle. And when the ice recedes enough to render those resources accessible, the overseas passages north of Siberia will be ready. An Arctic trip cuts ten days from the traditional Europe-Asia route, via the Suez Canal and Indian Ocean. It is, by far, the fastest way between the two continents.

Profitable use of the route demands preparation, and governments and shipping corporations are eager to begin. South Korea will soon reimburse its freighters for up to half of their voyages’ port fees. China, too, is encouraging exploration in the region: in August, the state-owned China Ocean Shipping Company (COSCO) sent a 19,000-ton container ship from Dalian, in northeastern China, to Rotterdam, over the Arctic. And the Barents Observer reports that Sovcomflot, a Russian carrier, now offers transit on segments of the northern route for nearly half of the year.

THERE'S AN OBVIOUS AND DISTRESSING irony in the shipment of fossil fuels across a melting pole. But the immediate threats posed by Arctic transport are more immediate.

“There's a higher risk associated with shipping in the Arctic than anywhere else,” Malte Humpert, executive director of the Arctic Institute, an Arctic policy think tank, told the Independent. Visibility is poor in the Arctic, Humpert said. Accurate depth charts don't yet exist for the region. Ocean spray can freeze onto ships, damaging important instruments. The days are short. And there are icebergs.

On September 5, the Russian tanker Nordvik collided with an ice floe in the Kara Sea, north of central Siberia. At the time of collision, all 453 feet of the Nordvik were full of diesel fuel. Sailors quickly plugged the hole with cement, and the boat drifted until it was picked up by another vessel and towed to port.

The Nordvik did not sink. It did not capsize. Its sailors did not drown. Hundreds of thousands of gallons of diesel fuel did not spill into the Arctic sea. There was no human tragedy, no ecological disaster. The warning shot was quiet. It did no harm. It will likely be ignored.

MORE AND MORE SHIPS ARE sailing the entirety of the northern route each year. 2012 saw 46 complete voyages—a fourfold increase from 2010. Hundreds more boats make partial journeys along the coast every summer.

Despite the warming trend, the route isn’t getting safer. The Arctic Institute’s Humpert said that Arctic shipping conditions “may get worse in the short term due to ice melting.” That's because ice melting means ice floating, ice drifting—ice waiting to tear open a hold full of sensitive cargo.

The northern route carries only a tiny percentage of the world's seaborne commerce. Thousands of times more ships pass through the Suez Canal each year. But when a vessel travels so close to the top of the world, so far from assistance, the stakes of a disaster become extremely high.

Above Siberia, the infrastructure demanded by emergency—the landing strips for pollution dispersal planes, the lodgings for medical crews, the fuel depots—does not exist. This means that even the few tankers on the Northern Sea Route pose a threat. If there ever is a catastrophe in the Arctic, there will be very little anyone can do about it, at least in the short term.

“If you run aground, if there’s an oil spill, if two ships collide, you’re always thousands of miles away from the nearest coast guard or shipping center,” Humpert said. “For those six, seven, eight thousand miles along the Northern Sea Route, you’re by yourself.”

With a gash in its side and a hold full of diesel, the Nordvik drifted for more than a week.

ON MAY 15, MEMBER-STATES of the Arctic Council—Canada, Denmark, Finland, Iceland, Norway, Russia, Sweden, and the United States—signed an Agreement on Cooperation on Marine Oil Pollution Preparedness and Response in the Arctic. The accord is the first international treaty to specifically address ecological emergency response in Arctic waters.

The Agreement presents the terms of coordinated response to oil disasters, calls for joint training exercises, and asks each signatory to maintain a logistical system for oil pollution incidents. But it lacks specificity. Signatories pledge only to provide “a minimum level of…oil spill combating equipment.” They only promise to train the “relevant personnel,” to “mobilize the necessary resources” in response to a disaster. And though the Agreement lists the preexisting emergency response plans of individual signatories, it does not establish common standards for oil cleanup, or for shared response plans.

The Agreement is a provisional plan for response. But there is also plan for preventive action underway. The International Maritime Organization (IMO), a UN agency that regulates global shipping, is at work on an accord that will outline specific safety procedures for vessels in Arctic and Antarctic waters. The agreement, known as the Polar Code, will set standards for ship construction, operational safety, and environmental risk mitigation—thicker hulls, crew training in ice management, and cold-weather storage materials, for example. An IMO working group is currently meeting in London to develop a draft. Once the document is ratified, it will be up to signatory states to enforce its provisions. But ratification will take time: according to Natasha Brown, an IMO representative, the Code could be enforceable by 2016 or 2017, at the earliest.

There is not yet an Arctic boom. It will be a half century before the region is entirely ice-free in the summer, before a ship can sail over a liquid North Pole from Europe to Asia. But before then, and before the approval of serious regulation, dozens of tankers filled with oil and gas will still travel along the coast of Siberia each summer, eager and brimming.