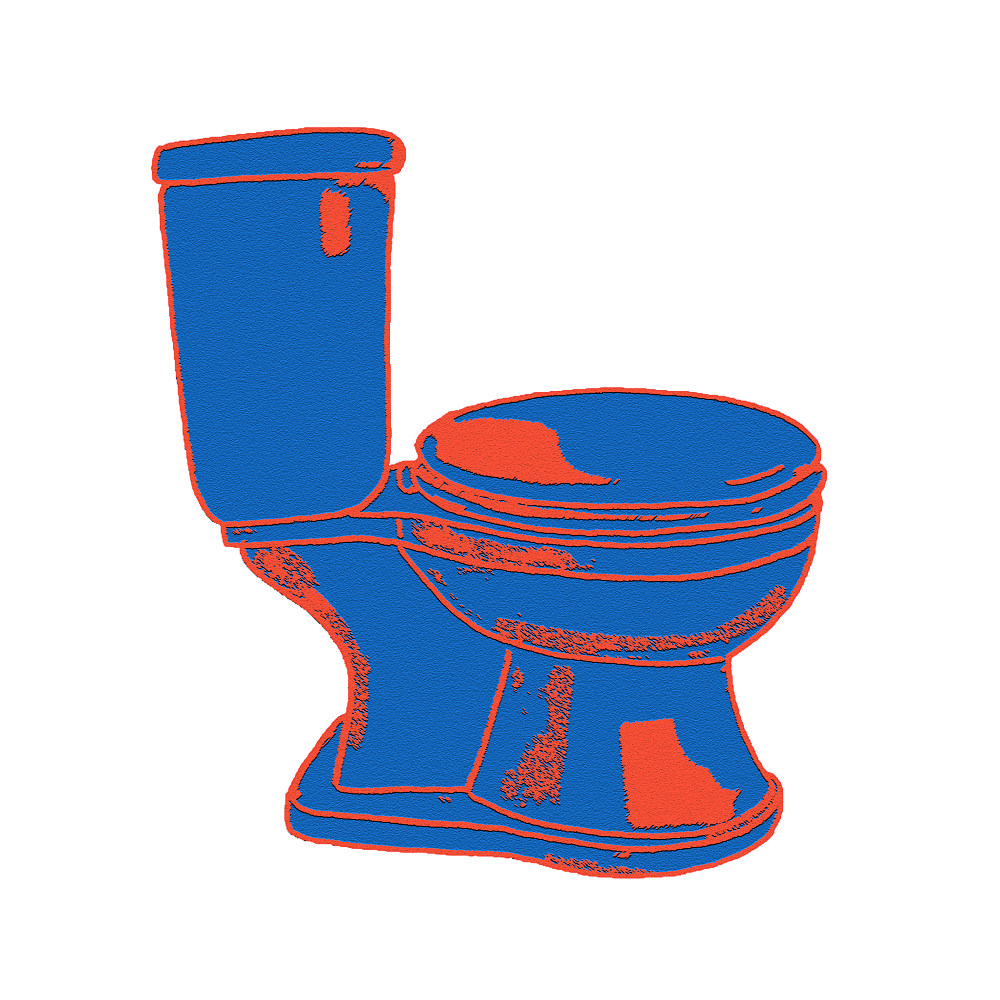 The Federal Aviation Administration (FAA) had until September 30, 2015 to establish comprehensive rules for the use of domestic drones. However, many state lawmakers—aware of the federal government’s tendency to miss deadlines and skeptical of the FAA’s ability to safeguard citizens’ privacy—began developing their own regulations for drones. One of the states on track to adopt drone regulation far before FAA’s deadline was New Jersey, where the FAA had established a drone test site. The proposed bill, A4073/S2702, is otherwise known as your library’s call number for Drones for Dummies, required police, firefighters, and emergency medical services to obtain a warrant before using a surveillance drone except in certain extraordinary situations. The bill also requires law enforcement to discard any drone footage deemed irrelevant to an ongoing criminal investigation within 14 days.

The bill was met with overwhelming approval in the New Jersey state Senate and Assembly legislature; an extraordinary example of bipartisan support for a bill by today’s standards. The American Civil Liberties Union of New Jersey made a statement in support of the bill, stating that it would provide New Jerseyans with “some of the strongest civil liberties protections in the nation against abusive drone surveillance.” With such strong support, it seemed impossible to imagine any way the bill would not pass.

Enter Governor Chris Christie. On January 21, 2014 at the beginning of his second term, Governor Christie pocket vetoed the drone bill. He provided no comment, no rationale, no reasoning. Perhaps he was too busy working the cones at the George Washington Bridge.

Fast forward four years and Governor Christie finally managed to leave a lasting legacy on drone policy in New Jersey before bidding the state goodbye and booking it to the Newark Airport. Forget safeguarding citizens’ privacy from illegal drone surveillance: on Monday, January 15, Christie’s last official day in office, he signed a bill that prohibits flying a drone with a blood alcohol level above .08, a pressing issue of which the Indy can identify only one case—when a drunk government intelligence agent decided to fly a Phantom 4 Quadcopter at 3:00 A.M. onto the White House Lawn in January 2015.

As we bid farewell to a Governor who ends his term with an abysmal 25% approval rating, according to the Rutgers Center for Public Interest Polling, we shrug off the rise of unregulated federal surveillance drones and thank God (Christie?) that our sister’s weird boyfriend can’t shotgun a Four Loko then try to get aerial footage of the Prudential Building this weekend.

It’s Best in the West?

The standard to which we hold political leaders around the globe seems to be declining. In the United States, we beg Washington not to turn the government off. In Nagoya, the third largest city in Japan, the mayor’s primary goal is to become “the city with the coolest toilets in the world.”

The impetus for this superlative, as Mayor Takashi Kawamura proudly declared at a local assembly last June, is tourism. Specifically, Nagoya is focused on the influx of European and American tourists promised by the 2020 Tokyo Summer Olympics. So how does a city go about obtaining the coolest toilets in the world? To Kawamura and the leaders of many other Japanese urban centers, the answer is clear: Westernization.

At present, the standard Japanese public toilet uses a squatting pan (it’s exactly what it sounds like) at floor level, and can either incorporate a flush component, or function as a dry toilet. “Western” toilets, on the other hand, are the haunch-level ceramic fish bowls that Americans know, love, and—apparently—demand to see throughout Japan.

Many cities in Japan have already begun “Westernization measures”: nearly 60 percent of public toilets in the country located near major tourist attractions have been converted to a sit-down model, according to the Japan Tourism Agency. However, even that was not enough to sate the beast that is the anxious tourist bladder. Consequently, the Tokyo Metropolitan Government nearly quintupled the amount of money allocated to the Westernization of public toilets for the 2017 fiscal year. The budget allowance was raised from $7 million to $33 million, with a specific focus on parks, subways, and schools.

According to the Japan Times, the tourist response to the traditional toilet situation has been a mixture of confusion and disgust, “with many foreign visitors puzzled over how to use squat toilets, and even shunning them as ‘unsanitary.’” This is ironic, considering how often people choose to hold a squat in order to avoid the germy rotation of butt-to-seat-to-butt necessitated by public toilets in the United States.

Equally problematic is the Americans’ purported obsession with ‘the authentic travel experience.’ American travellers are desperate to get off the beaten path and live ‘like the locals do’—scouring the back alleys of Tokyo and Nagoya for ‘authentic kimonos’ and ‘real Japanese street food.’ When confronted with an ‘authentic Japanese toilet,’ however, this same enthusiasm evaporates. American travellers unfairly demand tourism on their terms, fetishizing the aspects of Japanese culture that appeal to them while indirectly ordering the erasure of aspects that don’t.

There are certainly benefits to the sit-down toilet. Chief among them is the accessibility public bathrooms would provide to disabled and elderly people, who together comprise over 30 percent of Japan’s total population, according to the Statistics Bureau and the Asia-Pacific Human Rights Information Center. However, the Indy believes the reason for the switch should be rooted in an effort to make public utilities useful to the entire public, and not determined to appease tourists from a country that deep fries its Twinkies and considers Nickelodeon Slime a leisure activity.

A nation with the ability to invent the bullet train, the laptop computer, and ramen has so much more to aspire to than “the coolest toilets in the world.”

“Death solves all problems,” Joseph Stalin once said, according to his New York Times obituary. Stalin never actually said this, but there is still wisdom in these words—especially for Joseph Mollicone Jr., who is facing roughly 3500 years of monthly restitution payments of $300 to pay back the money he embezzled from Rhode Islanders decades ago.

As reported in the Providence Journal’s recent “Where are they now?” column, Mollicone was the manager of Heritage Loan & Investment, a bank on Federal Hill—that is, until investigators discovered he had quietly embezzled over $13 million dollars from his customers and fled to Utah. As a result, Heritage Loan & Investment went bankrupt, bringing down the entire state’s banking insurance program and forcing all state-insured banks to be shut down indefinitely. Thus, over 300,000 depositors, around a third of the state’s population, were barred from accessing their money, in some cases for over two years.

After turning himself in 1992, Mollicone served 10 years in prison and was ordered to pay $12 million in restitution to the state, one $300 monthly payment at a time, month after month. According to WPRI 12 Eyewitness News, Mollicone can be expected to close his remaining tab of $11,971,702.51 with the state in the year 6613. However, if we factor in the $1.50 a week bonus that Speaker of the House Paul Ryan expects people to receive with the recent tax bill, Mollicone would actually be debt free in year 6588. Following the latest climate models, this means that Mollicone could spend his first day of financial freedom at a tropical beach resort in the arctic circle.

It’s hard to imagine that faced with this insurmountable sum, Mollicone isn’t searching for other creative ways to pay off his debts. For example, Mollicone could create a GoFundMe page, using the online crowdfunding website for help with his payments (not wholly unlike a 2015 GoFundMe campaign to bail out the Greek government). While resentment against Mollicone still lingers, it’s possible that Rhode Islanders’ nostalgia for a time when their state wasn’t so anti-corruption would help him out.

And speaking of corruption, another way out for Mollicone would be to just run for office on a criminal justice reform platform and clear his debts. While this might seem implausible, it would not be the first time Rhode Island elects a convicted felon to office (RIP Buddy). Furthermore, it would fall into a long history of corrupt Rhode Island politicians, such as Joseph A. Bevilacqua Sr.. Bevilacqua, who got himself elected Chief Justice of the State Supreme Court when he was already Speaker of the House in Rhode Island. Unsurprisingly, Bevilacqua was later impeached for his close ties to famed Rhode Island patriarch Raymond Patriarca.

So, while Mollicone faces a long road ahead of him, the Indy has not given up hope that he will find a way to raise the money and clear his name before judgement at the pearly gates. Although, as soon as he does this, the Providence Journal reports, Mollicone must start working on repaying his $33 million in unpaid taxes to the IRS.