Migrant protection after the TPS repeal 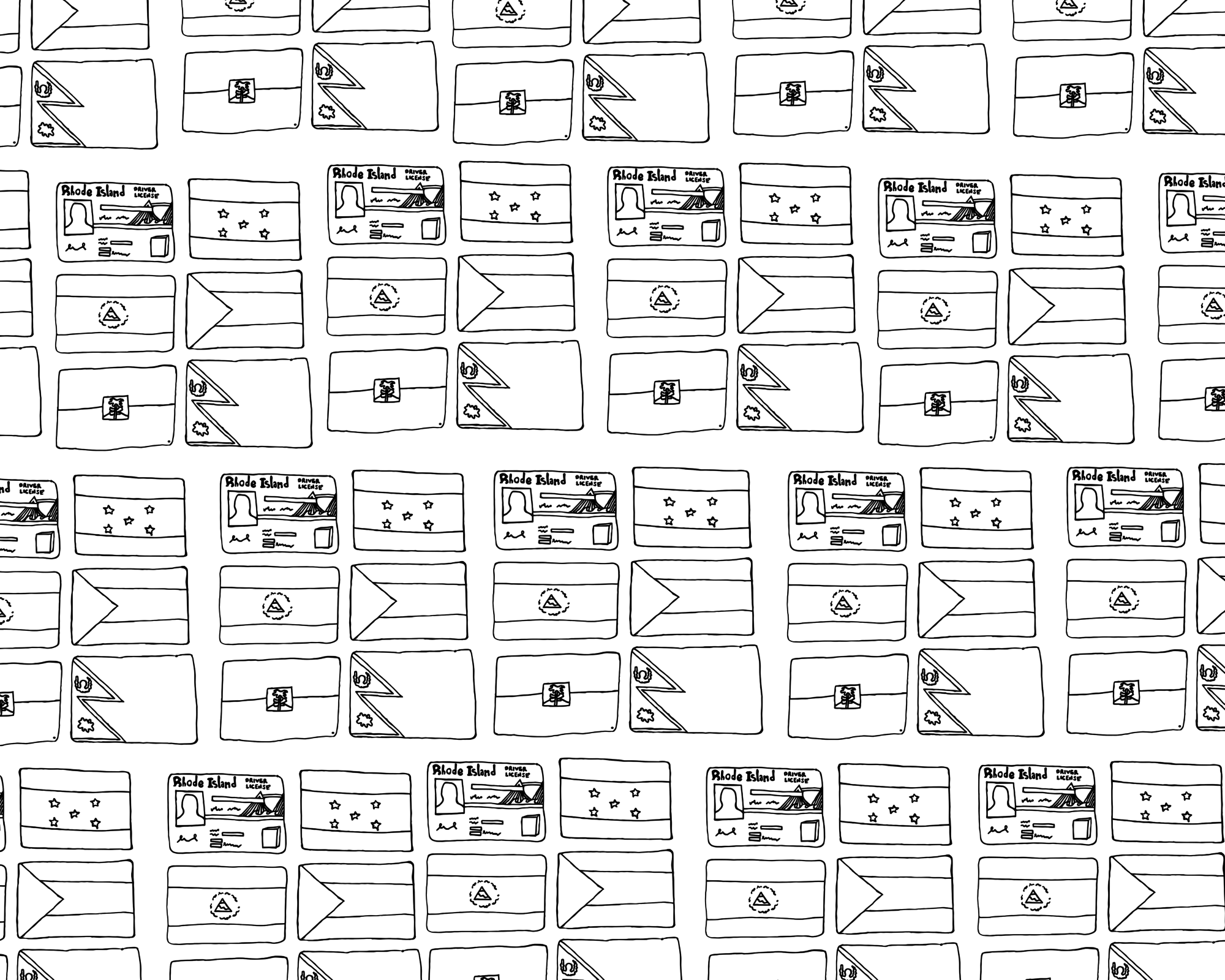 On November 6, Acting Secretary of Homeland Security Elaine Duke scheduled the termination of the temporary protected status for Nicaraguan citizens, leaving 2,500 people on the verge of deportation as the January 5, 2019 deadline approaches. On average, Nicaraguan TPS holders have been living in the United States for 21 years, and the termination of this program anticipates the dissolution of a life project.

Temporary Protected Status (TPS) is granted by the US Department of Homeland Security to eligible individuals born in other countries, unable to return to their home country due to unsafe circumstances such as armed conflict or natural disasters. This program provides over 300,000 people with temporary residency, granting them permission for employment and travel.

Following the termination of protection for Nicaraguans, the program has also been repealed for Haitian citizens, who are expected to either self-deport or adjust their status before July 22, 2019. While changes for nationals from El Salvador, Honduras, Nepal, Somalia, South Sudan, Sudan, Syria, and Yemen have not been announced, the overall future of the program is uncertain.

Little is known about the concrete implications of the TPS repeal in Rhode Island. As opposed to the outrage expressed by local authorities after the DACA repeal, the termination of TPS has passed largely unnoticed by local politicians and media. Even though DACAmented folks could very well belong to families that also have TPS holders, the breakup of families is not often mentioned in the rhetoric. As the number of affected RI residents remains uncertain, community organizers are preparing for the worst, given the lack of will state authorities have shown for providing protection to undocumented communities. Providence has yet to become a sanctuary city. Back in 2007, former Councilman Miguel Luna put forward legislation that would have provided greater protection for undocumented people, including the extension of state IDs and large limitations to police inquiry over immigration status. The project did not pass.

Providence Mayor Jorge Elorza has used the term “sanctuary city” lightly in the past, benefiting from its vague meaning. As reported by the Providence Journal this March, he declared: “[the label of sanctuary city] is so ambiguous, the position I’ve taken, and that we’ve taken, is, ‘Let’s own it’... Let’s celebrate the fact we’re a welcoming city.” But a welcoming city means little to the lives that are being threat by the latest changes in immigration.

According to the Department of Justice, a city is labeled a sanctuary city “if they prohibit officials from communicating with ICE, if they block ICE from interviewing jail inmates, and if they fail to notify ICE of the pending release of criminal aliens ICE is seeking to deport.” During a recent debate regarding the provision of driver’s licenses for undocumented residents, Elorza explained that so far Rhode Island’s standard policy is that “police officers are not going to ask folks about their immigration status (...) they’ll get a ticket, just like anyone else, but we’re not going to ask them if they have legal papers.” Thus, Providence does not fit the actual definition of a sanctuary city. While Providence might not alert Immigration and Customs Enforcement (ICE) of civil infractions directly, if an individual is arrested, fingerprints will be recorded and made available to ICE. If the individual has unlawful presence, meaning they either overstayed their visa or entered the country in an unauthorized manner, this could lead to deportation.

Concretely, a misdemeanor (punishable in Rhode Island with a $500 fine or 6–12 months in prison) such as drunk driving or a petty crime, is enough to prompt someone’s deportation. Community activists’ push to make Rhode Island a sanctuary state has gained even more attention, as the cancellation of TPS will increasingly create undocumented immigrants in the state.

“It happened. So now we are preparing for the worst,” says Catarina Lorenzo. The cancellation of TPS does not come as a surprise to many activists, and it has added up to a greater feeling of continuity and closed doors when it comes to the struggle for fair immigration policy in Rhode Island. Cata is a community organizer and the director of AMOR (Alliance to Mobilize and Organize the Resistance), currently focused on providing emergency services to individuals and families facing deportation and other forms of state violence. AMOR brings together several organizations, such as Direct Action for Rights and Equality (DARE), Providence Youth Student Movement (PrYSM), Fighting Against Natural Gas (FANG Collective), Call Off Your Old Tired Ethics RI (COYOTE, RI), Colectivo Sin Fronteras, and the Refugee Dream Center. In a way, this alliance directly interpellates the  unresponsiveness of the state administration. As expressed by one of its volunteers the collective is “a form of community made sanctuary in the works.”

“We’ve been fighting for the license for a long time.” Cata is talking about the H5686 act, last submitted in March 2017, that would have allowed driver privileges, licenses and permits to be issued for applicants unable to prove lawful presence. In a context where a minor misdemeanor like driving without a license opens up the potential of being deported, this would have taken undocumented communities a long way, as well have diminished some of the anxiety and hassle of the everyday life for undocumented individuals and families. The RI Senate Judiciary Committee voted against the bill in June, in a 6 to 4 vote.

As we discuss the voting down of these policies, the frustration is palpable in her voice. “What else can we expect? If we can’t manage the local, how can we speak back to this [the Trump] administration?” Still, in the face of political disregard, AMOR has redirected their efforts towards family readiness and grassroot forms of resistance. They are currently structuring an ICE watch program that is training people to accompany undocumented immigrants to court and watch out for ICE presence. It is hard, she admits. “People don’t want to prepare for the worse.” But in the face of little guarantees coming from the state house, there is not much of a choice.

“There is and always will be a place here in Rhode Island for everyone, no matter your race, no matter your gender, no matter where you’re from, no matter your immigration status...” promised Governor Gina Raimondo during her speech in the Resist Hate RI rally in late January. But even within undocumented communities, the possibilities of belonging in the Ocean State vary. Somewhere along the way, Raimondo’s enthusiasm—exemplified by the $170,000 raised to cover the fee for all Rhode Island residents who were eligible for DACA renewal—diminished when it came to a long-term solution for the protection of undocumented communities. Raimondo’s 2014 promise of granting, through executive order, driving permits irrespective of lawful presence is yet to be fulfilled.

There are nearly 30,000 undocumented immigrants in Rhode Island, many of those who never counted with the protection of TPS or DACA, and whose contribution to our communities is as valuable. A discussion around the threat to these programs falls short if what we aim is to safeguard the lives of those who, fleeing conflict and economic hardship, find themselves without papers in a nation which increasingly politicizes, criminalizes, and targets undocumented peoples’ livelihood. These programs were never meant to be permanent solutions and each of them has exclusive stipulations built into their enactment. For example, a person from these ten countries who has previously crossed the border unlawfully cannot be granted temporary status. This stipulation takes for granted the economic security needed to otherwise enter the country lawfully. In other words, these specific provisions often generate greater exclusion for other parts of the community and obscure the structural violence that the current immigration law perpetuates in the long run.

On the local level, a true commitment to the protection of people regardless of their immigration status can only be accomplished through universal solutions such as the provision of driver permits or the establishment of a sanctuary city/state. Such programs ensure that, regardless of the particular circumstances that drive undocumented migration into this country, we universally oppose the criminalization of these communities and continue to recognize the humanity of all immigrants.

Trump’s appeal during the election was largely linked to his promise of vicious immigration reform. Politics are always in play in this debate and the state level is not the exception. As the 2018 state election approaches, it can be anticipated that immigration issues will be a central part of the program, leaving people’s lives to the disposal of politics. The popularity of anti-immigrant sentiment is daunting, as is its influence over the national policy agenda. Building an opposition to this rhetoric and its policies can provide new opportunities for rethinking  more comprehensive immigration laws at the state level, and a new ground for solidarity.

PAULA PACHECO SOTO B’20 wants the word sanctuary to mean something.