The Evolution of Head Protection in the NHL 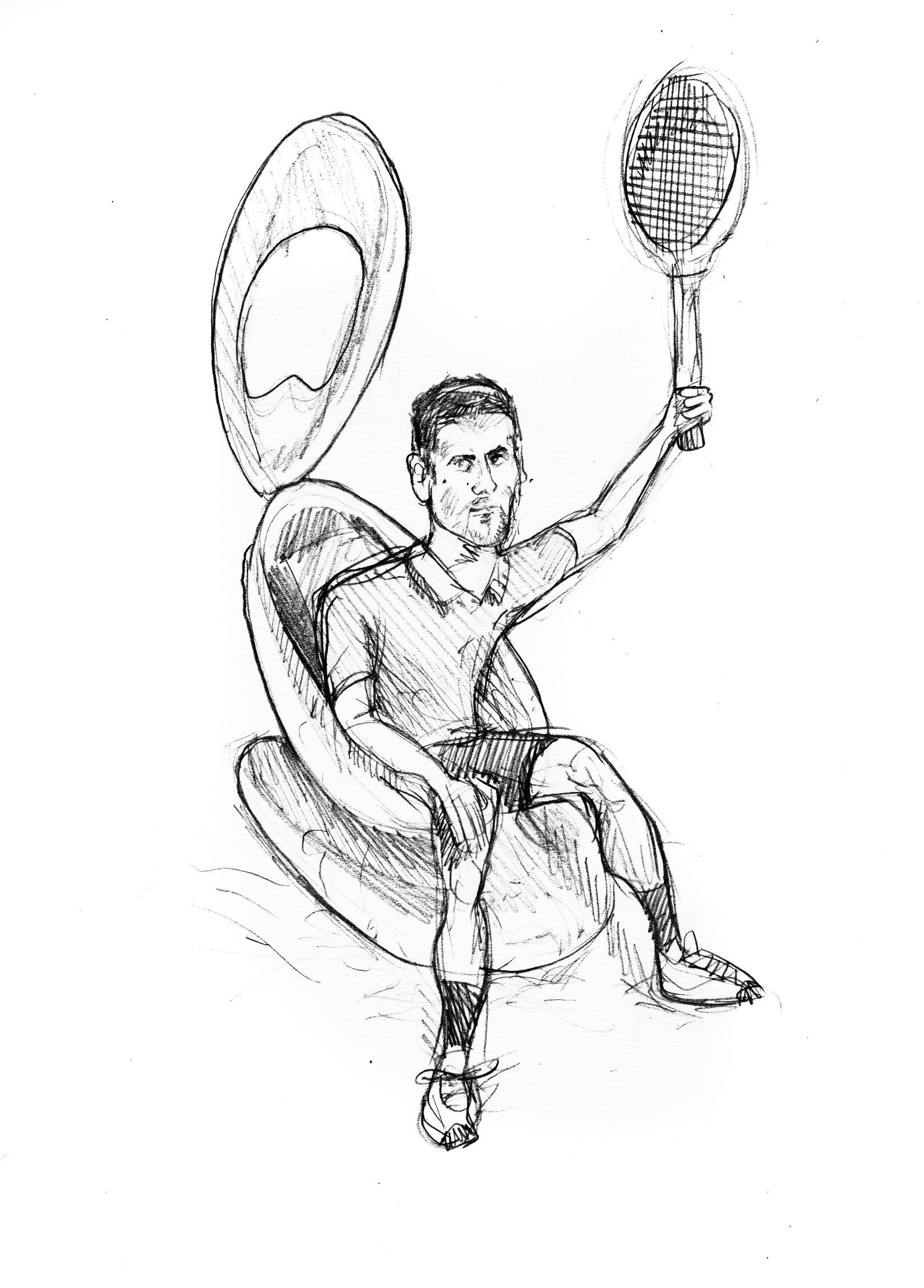 THE PUCK IS DROPPED at the faceoff and won back to Philadelphia Flyers defenseman Kimmo Timonen. He fires a low slap shot towards the goal. Somewhere along the way the puck is deflected off of a stick, drastically changing its trajectory, causing it to shoot upwards into the eye of New York Rangers defenseman Marc Staal. Like all hockey players, Staal wears a helmet, but unlike some, he chooses not to don any form of facial protection. When the puck smashes into his face, there is nothing but skin and bone to slow it down. Staal is writhing on the ice, his legs kicking violently. He clutches his hand to his face, but blood still squeezes through. Staal’s defensive partner Dan Girardi goes to his side, kneels down, and gently puts a hand on his shoulder, unsure of what to do but desperate to do something.

The camera pans over to the Rangers bench. Nobody talks. The expressions on the faces of the players betray fear and concern. In a sport where a couple of stitches or a few missing teeth are par for the course, eye injuries are not to be taken lightly.  Such injuries can be career-threatening and life changing, and the unspoken question hangs heavy in the air at Madison Square Garden—is it the eye, and if it is, how bad?

MARC STAAL MISSED THE REST of the season but was back on the ice for pre-season. His right pupil is permanently dilated; his vision will likely never return to normal, but he expects to return to his pre-injury level of play. The terrifying injury proved a turning point in an ongoing debate in the National Hockey League as to whether or not helmet visors should be made mandatory. According to the NHL Player’s Association, visors—which attach to the helmet and cover about one third to one half of the face—were worn by a record-high 73 percent of NHL players last season. They do not provide full protection to the eyes and face, but they have been shown to drastically decrease the probability of serious injury. This summer, the league initiated a new policy in which all players with fewer than 25 NHL games will be required to wear visors.

The debate began in earnest back in 2000, when an errant stick sliced into the eye of Bryan Berard, causing his retina to tear and reducing his vision to 20/600. A long string of eye injuries followed.  None of the players were wearing visors. After each injury, more and more people called for a rule to make visors mandatory.

THE NHL HAS A REPUTATION as a rough and tumble, hard-hitting league, where violent fights in the middle of games are accepted and often applauded. For many players and fans, violence, fighting, and toughness are critical aspects of the game. They are tradition. It’s a tradition that breeds an environment of machismo: For years visors, and before that helmets, were for wimps.

The NFL made helmets mandatory in 1943. The NHL did not do so until 1979. Still, a grandfather clause excluded veterans from the mandate; the last person to play in the NHL without a helmet was Craig MacTavish in 1997. Even goalies did not wear any facial protection until 1959, when hall of fame Montreal Canadiens goalie Jacques Plante whole-heartedly defied the helmet stigma. In a game against the Rangers, he was hit in the face with a puck. He left the ice to get stitched up, but refused to return unless he was allowed to wear the crude fiberglass mask that he wore in practices. Coach Toe Blake grudgingly complied, Plante returned, and the Canadiens won the game. But to everybody’s surprise, and Blake’s chagrin, Plante continued to wear the mask in the following games. Players, fans, and management saw the mask as a sign of cowardice. When asked if he wore the mask out of fear, Plante replied, “If you jumped out of a plane without a parachute, would that make you brave?” The innovation eventually caught on. In the ’60s players discovered that curving the stick blade allowed them to shoot the puck higher. But these early curves also gave less control. As goalies faced shots that dipped and curved erratically around their heads, they began to see the wisdom of Plante’s ways. By the ’70s, while helmets were still uncommon for skaters, they were widely accepted for goalies.

BUT THIS KIND OF HOCKEY was a regional trend. In contrast to the North American game, European hockey was a more finesse-driven sport that rarely featured fighting. It emphasized speed and accurate passing over physicality. Some considered it more elegant, others called it soft, but the distinction between the two was clear and widely recognized.

Fighting and toughness were integral parts of hockey in Europe, and helmets held no stigma. When Canada played the USSR in a 1972 Summit Series, nearly all the Canadian players still did not wear helmets, while every member of the Soviet team wore one. In 1976, the mostly helmetless Philadelphia Flyers played an exhibition game against the USSR’s Red Army team. The 1970s-era Flyers were affectionately called the Broad Street Bullies by their fans and derided as thugs and goons by their critics. The team rose to dominance through a stunning display of skill, force, and brutality, winning the heart of Philadelphia and back-to-back Stanley Cups in ’74 and ’75 in the process. The Red Army played like a well-oiled machine. During their 1976 North American tour they had already handedly beaten the Rangers and the Bruins. They tied the Canadiens, considered the best team in the NHL at the time. Philadelphia was the last stop of the tour.

It was only an exhibition game but Cold War animosities heightened the stakes. Americans and Canadians wanted to show the USSR just how tough Philly was. The game soon got physical. When a Soviet player was lying on the ice after a big hit, the Flyers announcer explained, “The Soviet feeling is when you are hit and ripped pretty good, take your time,” to which the other commentator quipped, “Oh, my bones!”

The hit proved to be the last straw for the Soviet coach, who was so incensed that no penalty was called that he pulled his team off the ice, refusing to continue to play such “animal hockey,” as he later described it to the press. After almost 20 minutes the Red Army was persuaded to return to the ice, only to be embarrassed by the Flyers 4-1. To fans throughout Canada and the US, the spectacle proved that though the Soviets were skilled, they were still soft.

FOR MOST OF THE ’70s, players scorned helmets, but the seed of change had already been planted. The year was 1968. Bill Masterton, 29, was flying down the ice. He dished a pass off to a teammate then collided with two opposing players, falling backwards and landing on his head. The impact caused massive internal bleeding. Masterton died 30 hours later. Most considered it a freak accident, but others wondered whether a helmet could have saved his life. Teammate and friend Ray Cullen later recalled to the Dallas Morning News, “It took Bill dying for all of us to start thinking, ‘What are we doing?’ ” Several players did start wearing helmets, but management was still opposed and peer pressure was strong, so helmets remained uncommon. But time went on. Hockey got faster, players got bigger, and shots got harder. The brutal reality of Masterton’s death loomed over the league, and the more dangerous the game became, the more ominous his death became. Finally in 1979, eleven years after Bill Masterton died, the league officially mandated the use of helmets—at that point about 70 percent of players were voluntarily wearing them.

The same tough-guy mentality that drove players to reject helmets causes some to spurn visors. In 2009, Tanner Glass told the Canadian National Post, “I’m old school…Only Europeans and soft guys wear visors.” But Glass is an enforcer, a player whose primary role is to fight. In this niche, creating a tough, intimidating persona is critical. Nobody wants to be viewed as a coward for fighting with a visor. For those whose jobs don’t rely on an ability to fight, reasons not to wear visors are less clear. Some insist that it obscures their vision, or that they feel uncomfortable wearing it. Defenseman Jay Bouwmeester admitted to Randy Sportak of The Calgary Sun that there was little sense to his choice not to wear a visor. “When people say, ‘You’re stupid not to wear one,’ I’m not going to disagree, but there are a lot of things in life that make no sense that people still do.”

EVENTUALLY VISORS WILL BE UNIVERSAL. Marc Staal is back on the ice with a visor. So are his two brothers, Eric and Jordan, and Dan Girardi, who was on the ice when he got hurt. Some day in the future we will be watching a game where visors will be so commonplace they are no longer noticed. Maybe a high stick will glance harmlessly off plastic, or a slap shot will deflect high into a player’s eyes, knock him down, but draw no blood. Maybe then we will shudder, imagine what could have been, and wonder how there was ever a day when nobody wore visors.

MADELINE COBURN B’14 is almost old enough to remember the Rangers winning the Stanley Cup.