Love Dolls in companionship and subjugation 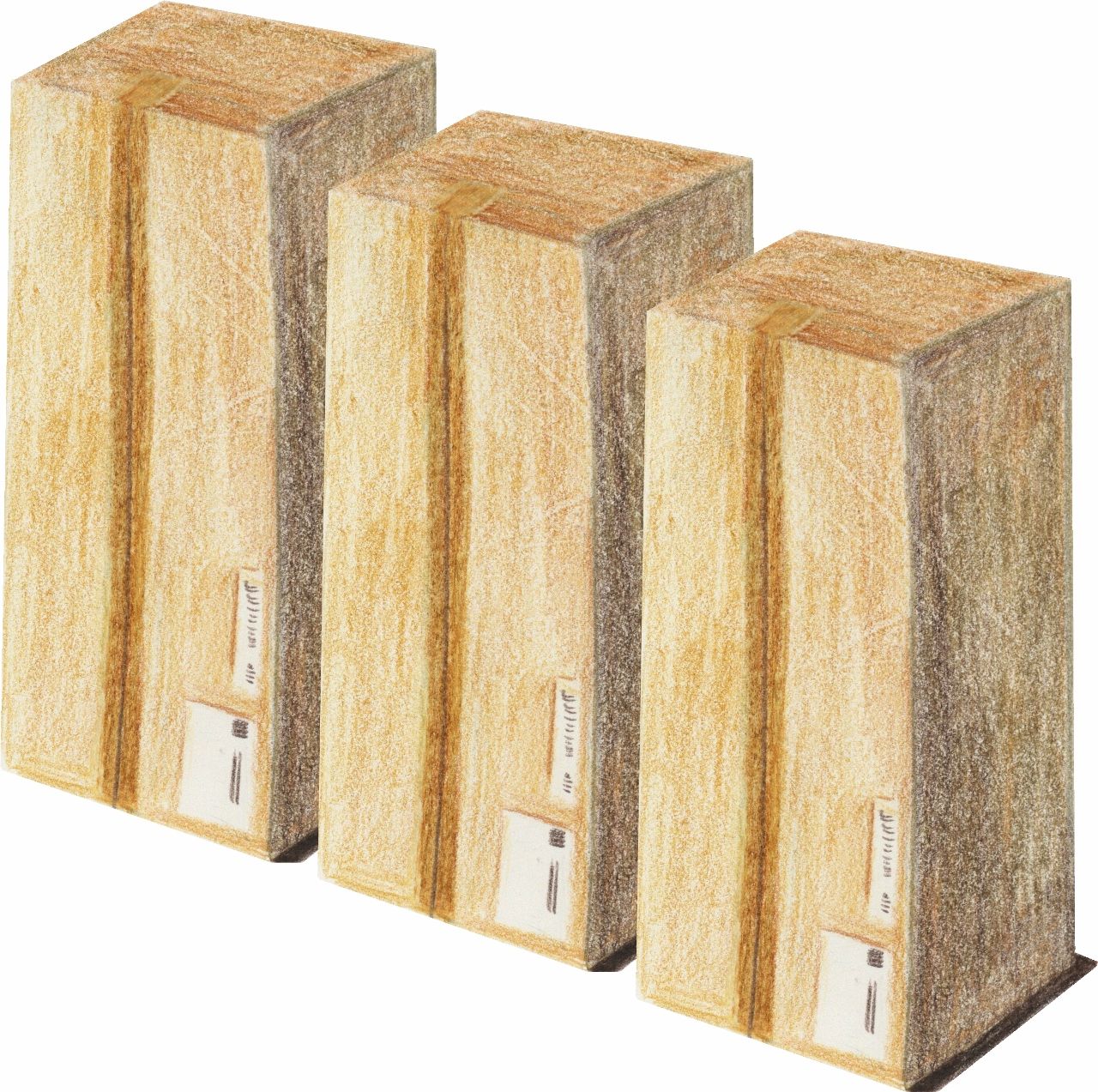 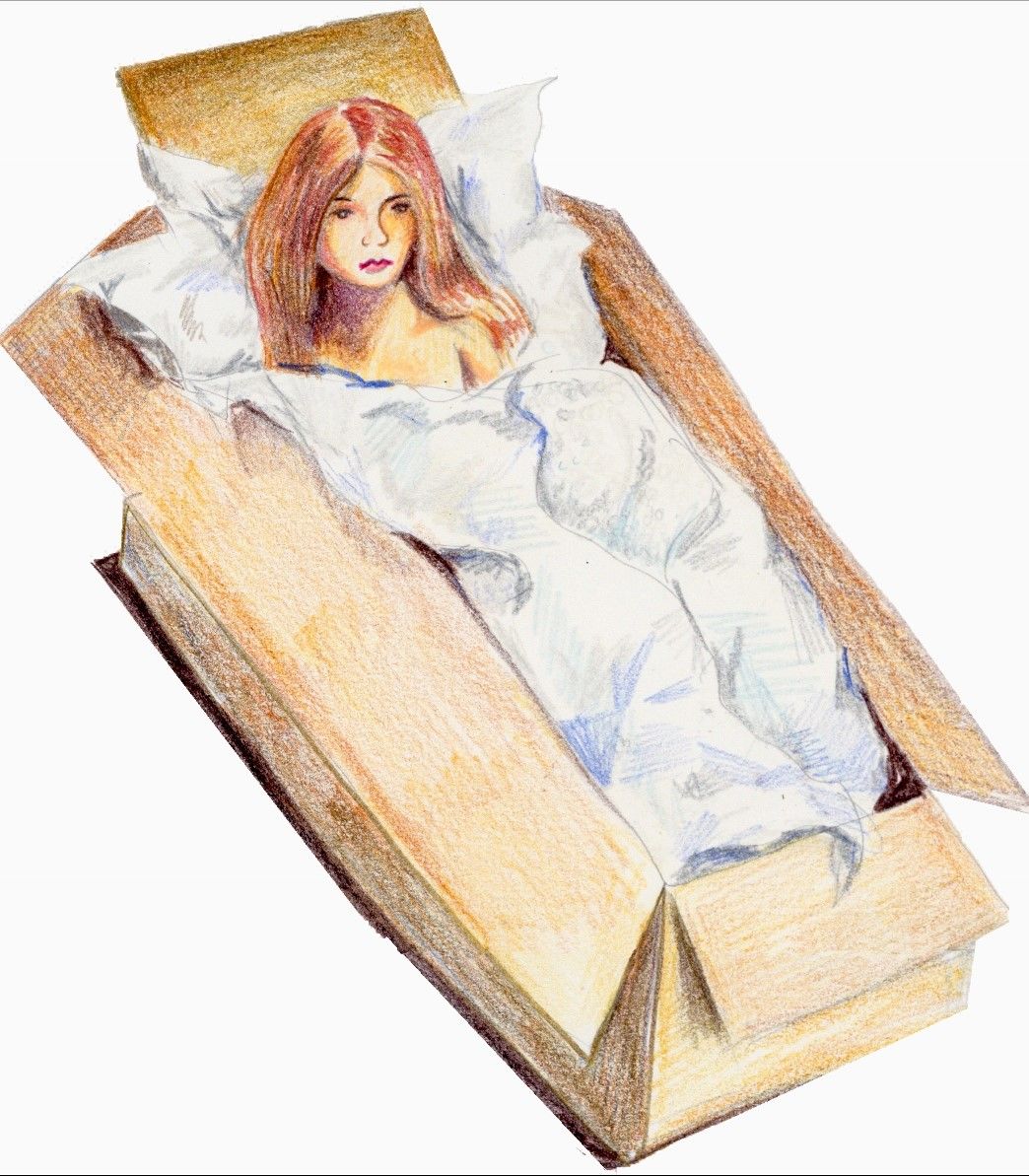 The supple texture of its simulated flesh yields to my fingers of flesh and blood. Gaze fixated upon something in the distance yet encompassing my presence, its doe-eyes are molten taffy beckoning to instincts hidden away. Internal logic peppered with contradictions, I encounter the finesse of this object in front of me. Not she, but it is a Love Doll. I exit the exhibition with newfound zeal, glad to have stumbled upon “Erotopia: Japan.” It was July 2016, and intrigued by its posters, I had entered Atsukobarouh gallery in Tokyo. With walls full of photos from derelict love hotels and floors with sex museum statuary,  the vibrant cultural scene from before Japan’s economic bubble burst seemed to reverberate within the room.

Perusing Orient Industry’s website, the multitude of fabricated faces peer out of each profile box. Riri, Dream, Melon, Mari—these are all meticulous imitations crafted by the Japanese ‘body manufacturer.’ Founded in 1977 in Tokyo, the firm has long stood by its mission statement to “develop the female idol that would always be close by, bringing warmth and offering ‘serenity to the heart.’” With a starting price of JPY200,000 ($1,800 USD), and up to JPY800,000 ($7,000 USD), the ‘female idol’ in question is a high-end good born of silicone, Thermoplastic Elastomers, steel, and occasionally human hair. Apart from Orient, nine Japanese manufacturers sell dolls in various materials, including soft vinyl, fabric, polyurethane, TPE, and silicone. Sizes are customizable; weights go from approximately 40 to 90 pounds and heights from 4’2 to 5’2 for full sized dolls. Lower and upper halves of torsos and mouths are also sold. Representation of love dolls in the mainstream media, including TLC’s show My Strange Addiction and a BBC documentary Guys and Dolls, as well as the film Lars and the Real Girl have brought the dolls into the public eye.

Some may scratch their heads in the face of such Frankenstein-esque creations, yet the phenomenon of emotional transference is undeniable. In a world where cars are kicked, furniture is yelled at, and smartphones are argued with, objects enable us to project symbolic consciousness on the inanimate. Love Dolls, called by many monikers (sex dolls, ‘dutch wives,’ MLDs), are more than mere masturbatory objects. To some they represent something much more­—a real companion.

“It is unprecedented happiness time. Girls are waiting for you! Let’s take a look at daily life with very important person,” croons Orient under its ‘Life’ tab. Testimonials from pleased customers illustrate a life with the new bodily presence. One user professes the amount of investment spent on his artificial partner: “The things you can and must do: go shopping for her, taking care of her, dressing her up, kissing her, caressing her, cuddle her, laying next to her, holding her hand, brushing her wig, too much to mention.” The example situations displayed on the website construct extensive imaginary lives for the dolls outside of the bedroom, endowing them with human characteristics. A purchase is deemed a ‘marriage’ and the complementary wedding ring marks felicitous beginnings, while a doll is said to ‘return home’ when away for repairs. And when the user decides to depart with a doll, a Shinto shrine will purify the body via ‘Oharai,’ a Shinto rite to purify the body of sin, guilt, and disease. Because a tenet of Shintoism called Animism establishes that all objects animate and inanimate harbor spirits, dolls must naturally exit the world free of impurities. By creating ‘rites of passage’ for the doll and its user, Orient Industry invents its product as a real companion. The firm’s narrative lays the foundation for emotional content, and leaves the rest to the client’s imagination.

The female-bodied doll may have existed for European sailors in the 17th century in the form of dames de voyage, but the dames were only surrogates for wives absent temporarily from the sea. Oskar Kokoschka, a prominent Expressionist painter from Austria, is said to have owned a soft, life-sized replica of his late wife, Alma Mahler, whom he painted ardently. Japan’s cultural roots and social etiquette, however, have undoubtedly created a fertile breeding ground for these Love Dolls. These new objects house far more potential in Japanese tradition. A natural progression is the word ‘moe’ in Japanese that describes the phenomenon of falling in love with a fictional character. Virtual characters inhabiting dating games are the love interests of 30 percent of  single women and 15 percent of single men between the ages of 20 and 29, according to studies by the Japanese government. In 2016, the Guardian called attention to the relationship crisis that has dawned upon the younger generations of the nation, who have lost interest in ‘real’ relationships. Foregoing the mess of human reaction and strict social obligations, many have opted for one-sided love that will never disappoint. Within a culture that normalizes romances with imaginary figures, dolls provide the imagination a step up to the physical world. To those with an extra dime to spend, dolls may certainly be a fulfilling option.

Japan’s population seems to be advancing into its autumn years at a rapid pace. Social isolation is prominent across all groups as manic work hours consume the shrinking population, with predictions placing a third of the nation’s inhabitants above the age of 65 by the year 2050. Without new generations to uphold the inverted triangle of the aging population, those in need lack familial love. The crisis of Japan’s dwindling populace extends into a future of existential uncertainty for the nation and its people, but such dire straits are also ripe for business opportunities. Although the category of love dolls is marked by sexual function, sociologists suggest that they also hold the potential to rehabilitate and comfort those in neglect. In fact, Japan Today reported in 2008 that the two largest demographics of Orient’s clientele are people with disabilities and the elderly. Love Dolls are created with three orifices and marketed as sexual objects, but in many cases occupy a much larger space of emotional healing and support. These objects pull into question the meaning of human companionship, and the complex web of personal needs both physical and psychological. But a market attempting to address public health issues knows few ethical boundaries.

The production of human simulacra, dominated by males, is a dangerous path that reeks of a regressive  view of cisgendered female beauty standards. On the American side of the Pacific, Abyss Creations LLC, has generated a market of dolls similar in price, material quality, and craft to Orient’s products. The majority of dolls in production are simulations of cisgender female bodies that cater to the needs of straight men, who make up roughly 95 percent of the user base. Nevertheless, male love dolls do exist,at a ratio of 3:10, male to female, as well as customizable dolls for fetishes and sexual minorities. The concept of a team with a male head working to birth the ‘ideal’ woman is jarring to say the least—a contemporary revival of the Pygmalion myth. Rolling Stone describes Abyss’s brainstorming process as “trying to figure out what makes a woman: break her down and then reconstruct her with their own imaginations.” In the production of the new robotic sex doll, CEO Matt McMullen and his cohorts “mulled over a woman’s personality, and emerged with traits like, ‘moody,’ ’innocent,’ and ‘unpredictable.’” Reductive and childish, these words aim to flavor the simulacra of the sexualized ‘Woman,’ devoid of humanity. As Deborah Orr, writing in The Guardian, argued, “It’s not overly optimistic to believe that the argument that women have complete autonomy over their own bodies is getting through. But… automated bodies, designed to look and feel like women—it feels like an enormous refutation.” Dolls legitimize sexual objectification as an expense peddled as a necessity for happiness.

With the new horizon of robotized RealDolls (a line of dolls with a robotic head), Abyss delivers talking mouths, blinking eyes, and unconditional love. The dolls have hurdled into the Uncanny Valley—roboticist Masahiro Mori’s theory that near-human objects evoke repulsion in a viewer. What is creepy, though, may not be so much about the aesthetic existence of the dolls as much as what they represent. Childish fantasies seem real only until they are proven false by the external world. Dolls, then, can be seen as manifestations of the desire to return to the insular, ego-centric comfort of a child.

Exiting the “Erotopia” exhibition in Tokyo, I had been seduced by the Love Doll’s craft and its breathtaking beauty. What I failed to recognize then, in my blissful oblivion, may be the same thing that doll makers and users alike fail to see. As an art object existing in a social void, Orient’s doll succeeds in emulating a fictional beauty that pop culture presents as ideal. To create a aesthetic object with visual allure, while also simulating human flesh, is impressive to say the least. But the power of beauty is too often blinding. Will artificial ‘humans’ continue to reinforce oppressive ideals, or will they become new beings that can support us wholeheartedly? It’s unclear, but don’t let its supple skin fool you—for now, it’s just an illusion.

Maya Brauer RISD’19 is in a love-hate relationship with all objects.