On the aesthetics of optimism 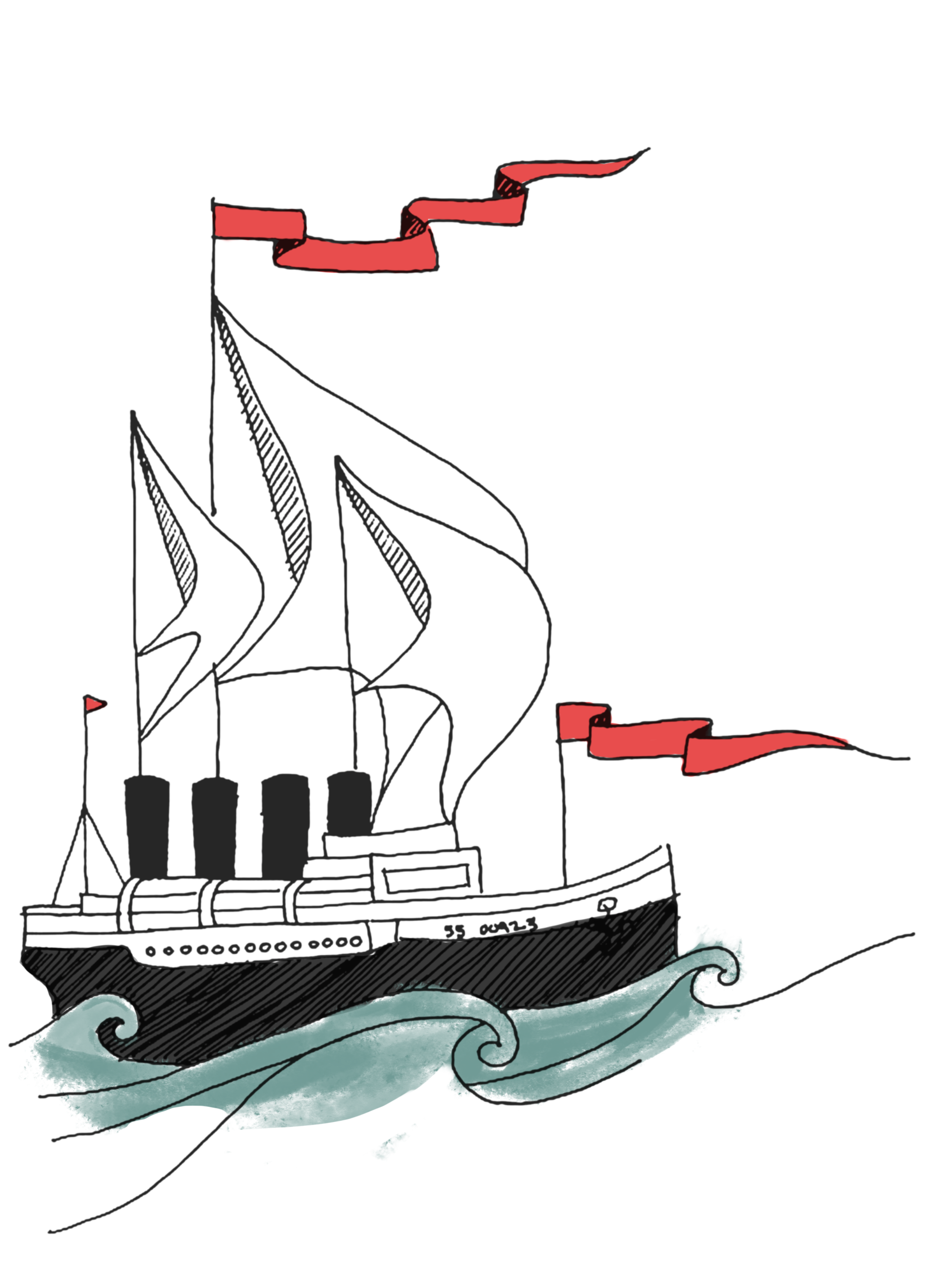 In 1984, William Gibson published his seminal cyberpunk novel, Neuromancer. The novel was a transformative event, and not only because it introduced the word ‘cyberspace’ and a whole host of prescient thoughts about what form the Internet would eventually take. The technological predictions were innovative, but the subversive elements of Gibson’s cultural critique were those that approached the human side of the information-driven world.

“It seemed to me,” Gibson would tell the Paris Review two decades later, “that mid-century mainstream American science fiction had often been triumphant and militaristic, a sort of folk propaganda for American exceptionalism. I was tired of America-as-the-future, the world of white monoculture, the protagonist as a good guy from the middle class or above.” Neuromancer resisted that tendency. Its treatment of technology was central to that subversion. Gibson considered technology to be the driving force of social change, not always positively. With his desire to “crank up the resolution” on what the information age would do to modern societies, he showed us the stories that would have been erased by a sleeker, more mainstream treatment of his world. Gibson “wanted to see the dirt in the corners.”

So he showed us people sleeping in coffin-sized apartments in order to access their digital worlds, sprawling urban structures devouring the Earth’s surface, an ultra-rich class relocated to off-world cities, a virtual landscape dominated by corporations rather than countries. Reading it now feels just as much of a fever dream as it must have 30 years ago, but it also feels like he saw the heart of our world. As the Guardian wrote in 2014, “We’re living in a future ... instantly recognisable as [the Gibson future’s] less stylish, less romantic cousin.”

As the world careened towards the 21st century, Snow Crash, Ghost in the Shell, and The Matrix pumped new blood into the subgenre. At the same time, steampunk and dieselpunk grew out of cyberpunk’s trunk, creating alternate histories in which the domination of technologies, including coal and diesel combustion, drove the world to perverted social arrangements. The advent of genetic engineering gestated the growth of biopunk. Gibson himself turned his eye towards the present with the Bigend Cycle, which can be read as a cyberpunk treatment of the young 2000s.

In August of this year, Brazilian speculative fiction author Gerson Lodi-Ribeiro described the connection: “The ‘punk’ suffix in any X-punk genre...means the gathering of elements of counterculture as an anti-establishment cultural phenomenon.” The suffix refers to the subgenres’ subversion of unbridled optimism of mainstream science fiction; the characters’ drive to push against the oppressive institutions in their imagined worlds; or, in Neuromancer, characters being driven by their self-loathing to release a potentially deadly artificial intelligence into the world. These narratives have insinuated themselves—as science fiction tends to—into contemporary politics in surprising ways; Snowden’s anti-authoritarian whistleblowing mirrors Gibson’s model of data-stealing hackers.

All the while, mainstream science fiction subsumed the influence of punk genres, accepting the technological apprehension and anti-establishment sentiment, but leaving out the meditations on human oppression. The result is an odd, toothless kind of pessimism, which produced the adolescent dystopias that have dominated this decade’s media futures. Aimless negativity is mostly unable to motivate change (who, besides Veronica Roth, has been inspired by The Hunger Games?), but its pervading of contemporary media still grinds against a faith in the world’s future. “What I find far more ominous,” Gibson told Vulture in a conversation about the rise of dystopian narratives, “is how seldom, today, we see the phrase ‘the 22nd century.’ Almost never.”

And, of course, there’s still terrifying pessimism with real teeth, coming in forms like the Dark Mountain Project and Allison Cobb’s After We All Died. The mounting alarm of science-fiction doomsayers is elaborated by the Dark Mountain Project’s self-description: “We see that the world is entering an age of ecological collapse, material contraction, and social and political unravelling, and we want our cultural responses to reflect this reality rather than denying it.”

From this desperate position, a subset of writers have started to assert that the only direction to turn is utopia. According to Phoebe Wagner, co-editor of the first English-language collection of ‘solarpunk’ fiction, the next move for countercultural science fiction is “hopefulness, joy, new ways of resistance, community... Let’s imagine change and inspire people to create solutions.”

The characteristic stance of solarpunk is to have the audacity to gaze at the curve of the future and stay optimistic. Solarpunk, in several ways, completes the cycle that cyberpunk began. While cyberpunk treats technology as its own environment and, in many cases, all but ignores the actual environment, solarpunk keeps its eye on the interface between material technology and the material world. While cyberpunk imagines technological progress as the driving force of social change, solarpunk imagines socially liberatory ways to drive technological progress.

Cyberpunk focuses on what new technologies will do to the world, and solarpunk recontextualizes what the world can do with technology. Solarpunk narratives do their best to represent hope for dying worlds. When those stories show the boundaries of what that hope can accomplish, solarpunk characters find ways to survive together and stand against the systems responsible.

The genre’s title was most likely coined in 2008 by the blog Republic of the Bees, in celebration of the maiden voyage of the world’s first hybrid cargo ship. The MS Beluga SkySails supplemented its engines with a massive computer-controlled kite rig. Cargo ships, having pushed through wind with engine power for two centuries, once again had the capability to take advantage of all the energy flying around them. In this model, technological innovations are often combined with antiquated mediums to produce unique hybrids. That fusion is a critical part of solarpunk’s aesthetic, which places solar panels in conversation with stained glass windows, builds community gardens in generation ships, and gives humans the capacity for photosynthesis (which could be considered the oldest technological practice of them all).

In opposition to cyberpunk, solarpunk appeared as an aesthetic before being consolidated into a genre. For years, the movement didn’t exist beyond a series of descriptions and conversations on Tumblr and other forums. In a final subversion of the “America-as-the-future” structure that Gibson railed against, the first self-identified solarpunk literature emerged from Brazil. Solarpunk, an anthology of short fiction compiled by Lodi-Ribeiro was published in 2012. (A Kickstarter campaign to translate that anthology into English was funded earlier this month).

In 2012, concurrently with the original release of the Solarpunk anthology, Kim Stanley Robinson’s 2312 told the story of a world that continues living after the devastation of climate change.

As written in “On the Need for New Futures,” a recent manifesto on the Solarpunk Tumblr site, solarpunk writers “are starved for visions of the future that will sustain us, and give us something to hope for.” The 21st century’s failure to resolve the problems of the 20th shows us that inertia could eventually exceed our control. In order to arrive into a habitable future, one has to do more than move away from unsustainability. It’s necessary to decide which potential worlds we want to create. Imagination is a critical part of that process, and speculative fiction is powerful because it demonstrates that nothing is inevitable.

LIAM CARPENTER-URQUHART B’19 cares a lot about science fiction.