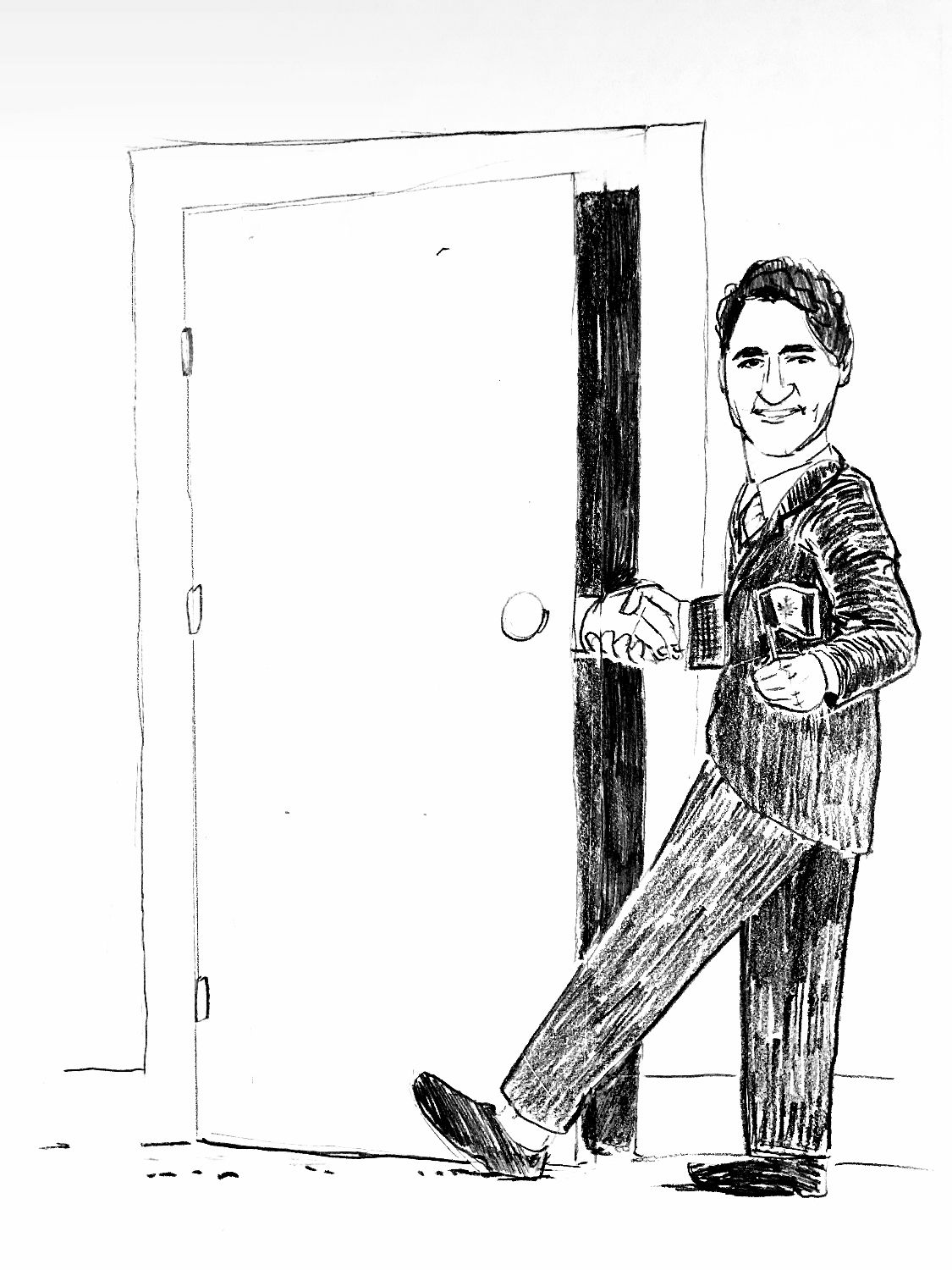 There is no clear sense of when the raids began. Human Rights Watch suggests that the violence started in the last week of February, but for Ali, a Chechen man in his thirties, it is hard to pinpoint his own kidnapping in a larger series of hidden abductions. As Ali told the New Yorker, at some point he was taken from his apartment in the Chechen capital of Grozny to a basement at an unknown location, where he was held captive, interrogated, and tortured until he disclosed his sexual identity. After being held prisoner without food for several days, Ali was released. When, after several weeks, his persecution didn't seem to end, he contacted the LGBT Network (an interregional, non-governmental human rights organization) and found refuge in a safe-house in Moscow.

The persecution of queer men in Chechnya earlier this year ignited outrage in the international community. Last April, Novaya Gazeta, a prominent Russian newspaper and opponent of the Putin administration, exposed the Russian federation administrative unit’s violent targeting of queer people. The paper confirmed the outspread detainment, torture, and disappearance of over 100 gay men throughout the region. While the Kremlin has increasingly targeted the LGBTQ+ since 2012, this particular wave of violence, carried out by local policy, has been attributed to the policies of Chechen President Ramzan Kadyrov.

The circumstances in the North Caucasus constitute an unprecedented type of violence even in a state historically unsympathetic to sexual minorities. Chechnya’s close relationship with the Kremlin has provided the local government with vast political autonomy and legal immunity, aiding Kadyrov’s project of “purifying” the Republic in its most morally rigid sense. So far, the Russian federal government has continuously dismissed questions regarding the issue. Yet the Russian LGBT Network has established that LGBTQ+ individuals are being targeted both through “on-the-spot persecution by police officers, resulting in blackmail” and “so-called ‘honour killings’ by relatives.”

The perpetrators seemed to have no limits: “We were forced to lie on the floor with our bottoms up, and each person in the cell would hit us with a pipe three times ... there were already 18 LGBT people being detained and tortured...we were not allowed to wash. Some detainees developed open-cut wounds, and the cell smelled like rotten meat.” According to an extensive report produced by the Russian LGBT Network, as part of the purge, police forces have used severe beatings, torture by electric current, lack of water, malnutrition, and lack of sleep as ways to degrade detainees. Victims were forcibly imprisoned for up to a month, often held despite critical physical and mental conditions.

The international spotlight has focused on stories of queer men who have managed to escape Chechnya, while overlooking the victimization of queer women in the North Caucasus. Due to the preexisting normalization of violence against women by both Chechen communities and governmental institutions, the persecution faced by these women has been largely ignored in the media. While this violence is perpetrated mainly by male family members, the Chechen government is complicit in queer women’s subjection to beatings, rape, forced hospitalization, and execution. By neglecting to cover violence against queer women the media has also failed to hold the Chechen government responsible.

The European Union, United States, and Canada have demanded the Russian government condemn the targeting of LGBTQ+ people within its jurisdiction, and work to protect them under international law. In the US, a bipartisan resolution introduced by representative Eliot Engel called on President Putin to “respect and promote the dignity of all persons and provide a safe haven for all those fleeing such horrific persecution.” Canada—in cooperation with Rainbow Railroad, a national LGBTQ+ non-profit organization—revealed a program to facilitate the immigration of asylum-seeking Chechen men. So far, the refugee process has provided sanctuary for 22 queer men. Western media outlets and human rights activists have praised the program, considering it an example of Canada’s commitment to human and LGBTQ+ rights. In the words of Tanya Lokshina, the Russia Program Director for Human Rights Watch, the program is “certainly exceptional. Canada clearly has done the right thing here.”

As reported by the The Globe and Mail, this initiative has allowed the Canadian government to circumvent conventions of international asylum law. Because of this, the Canadian initiative does not directly address the systemic failings of international norms related to LGBTQ+ persecution. To solely focus on the benefits this program provides for Chechen men is to ignore the institutionalized failure of the international system to protect sexual minorities living under homophobic regimes.

Russia is not the only country complicit in persecution of queer people globally. At the moment, 78 countries criminalize homosexuality or ‘gender variant behaviour’ through various forms of legislation. Thirteen countries, including Afghanistan, Iran, and Mauritania, punish homosexual acts with the death penalty. Of course, statistics on legal persecution do not encompass the violence that is often perpetrated by families, institutions, and communities. The extent of the violence in Chechnya, which has shocked the international community, is already a reality in many other parts of the world.

The danger faced by gender and sexual minorities worldwide is exacerbated by the process of refugee and asylum protection itself. The UN definition of a refugee (as established by the 1951 Convention) does not explicitly refer to persecution on the basis of sexual orientation as a grounds for obtaining refugee status. In the refugee status attribution process, the burden of proof falls on the applicant. While the United Nations High Commissioner for Refugees (UNHCR) establishes that “sexual orientation and/or gender identity are fundamental aspects of human identity that are either innate or immutable” proving one’s sexual orientation or gender identity can be a painful and sometimes impossible process, especially given the very fluidity of such categories.

“Refugees are invited to present themselves in ways that are easily understandable to their adjudicators in order to increase the likelihood of succeeding with their claims,” Johannes Lukas Gartner, Program Director of Humanity in Action Germany, said as part of the 2014 Humanity in Action Diplomacy and Diversity Fellowship.  The asylum process requires applicants to adhere to Western conceptions of “being out,” meaning that belated disclosure or nondisclosure of sexual identity delegitimizes an individual’s claim of persecution. At the same time this very secrecy is often required to ensure their survival in their home countries. This dichotomy is manifested in Canada’s refugee and asylum policies. The success rate for sexual orientation and gender identity claims is considerably lower than for other categories like political refugees or persecuted religious minorities.

Furthermore, officials often rely on stereotypical conceptions of sexual minorities in order to determine the validity of individuals’ claims. To ensure sanctuary, queer individuals must provide concrete proof of their same-sex desires through texts or photographs—proof they would not normally possess, on account of a lifestyle of secrecy in their home countries. In theory, the applicant’s “testimony can be sufficient to sustain the burden of proof if the testimony is credible,” according to Immigration Equality, but the standard of credibility in terms of sexual identity claims seems to differ radically case to case.

The failures of international law in this respect are plentiful. This year in Sweden, a 28 year-old Kenyan woman faced deportation after failing to prove she was a lesbian. Being posed with questions like, “When do you feel that you became sexually interested in other people? How do you think about this?” Lucy Murugi’s answers failed to satisfy the expectations of immigration officials. According to BBC News, she was denied asylum even though she has been outed as a lesbian in in a list—bearing the headline “Exposed”—published by one of Uganda’s most prominent newspapers. Even when applicants manage to prove their identity to immigration officials—emigrating from countries where same-sex relationships are strongly criminalized—it is not always sufficient for refugee status. In cases such as a Cameroonian lesbian woman in Canada and an Afghani gay man in the UK, it has been concluded that as long as the applicant remains “discreet,” the risk is not sufficient for their claim to be accepted.

In this case, the conception of Western “receiver” states often proves to be no more than a self-flattering ideal. More generally, the failure of the international community to validate sexual orientation as a relevant identity for refugee status claims allows immigration authorities to advance arbitrary requirements for asylum. The violence that queer asylum-seekers aim to escape is exacerbated by the international community, whose stringent and outdated immigration policies ignore the severe risks queer refugees experience. Although the Canadian government is clearly making a crucial difference in the lives of some queer Chechen men, the country’s lack of long-term commitment regarding LGBTQ+ asylum claims reveals the hypocrisy of Canada’s moral indifference and exceptionalism—a hypocrisy representative of more general Western attitudes about asylum. Considered alongside the hundreds of cameras—indeed, the presence of Prime Minister Trudeau himself—that greeted the Syrian refugees at the airport in 2015, the asylum program for Chechen gay men begins to feel more like a public relations strategy than a commitment to the protection of human dignity.

Canada’s policy of aiding gay Chechen men facing persecution may not warrant a broad condemnation, but this effort must become part of a greater push to center the violence that LGBTQ+ people encounter as a valid basis for asylum and refugee status. As the possibility of a long-term compromise to increase sexual identity-related asylum seems rather unlikely, it is also necessary to scrutinize why the Chechen case is particularly relevant for the Canadian government. The exceptionalism of this case, in comparison to the regular response of countries to sexual identity related asylum claims, speaks to how refugees and asylum seekers have become objects of a larger matrix of political interests and maneuvers.

To portray the Chechen case as the sole call to action in the context of defending LGBTQ+ rights worldwide feeds into the hypervisibility of Russia in Western representations of international politics, while erasing the injustices suffered by others whose experiences aren’t as appealing to Western media and governments. Our obligation to protect the rights of Chechen gay men that are being targeted should reflect a commitment to recognize and respond to the upheaval of LGBTQ+ rights internationally. This requires dismantling the arbitrary, traumatizing, and endangering obstacles that LGBTQ+ individuals currently encounter as they flee for their lives.

PAULA PACHECO SOTO B’20 wants you to support queer human rights by donating to the Russian LGBT network at help.lgbtnet.org/en.