Changes at the RI Historical Society 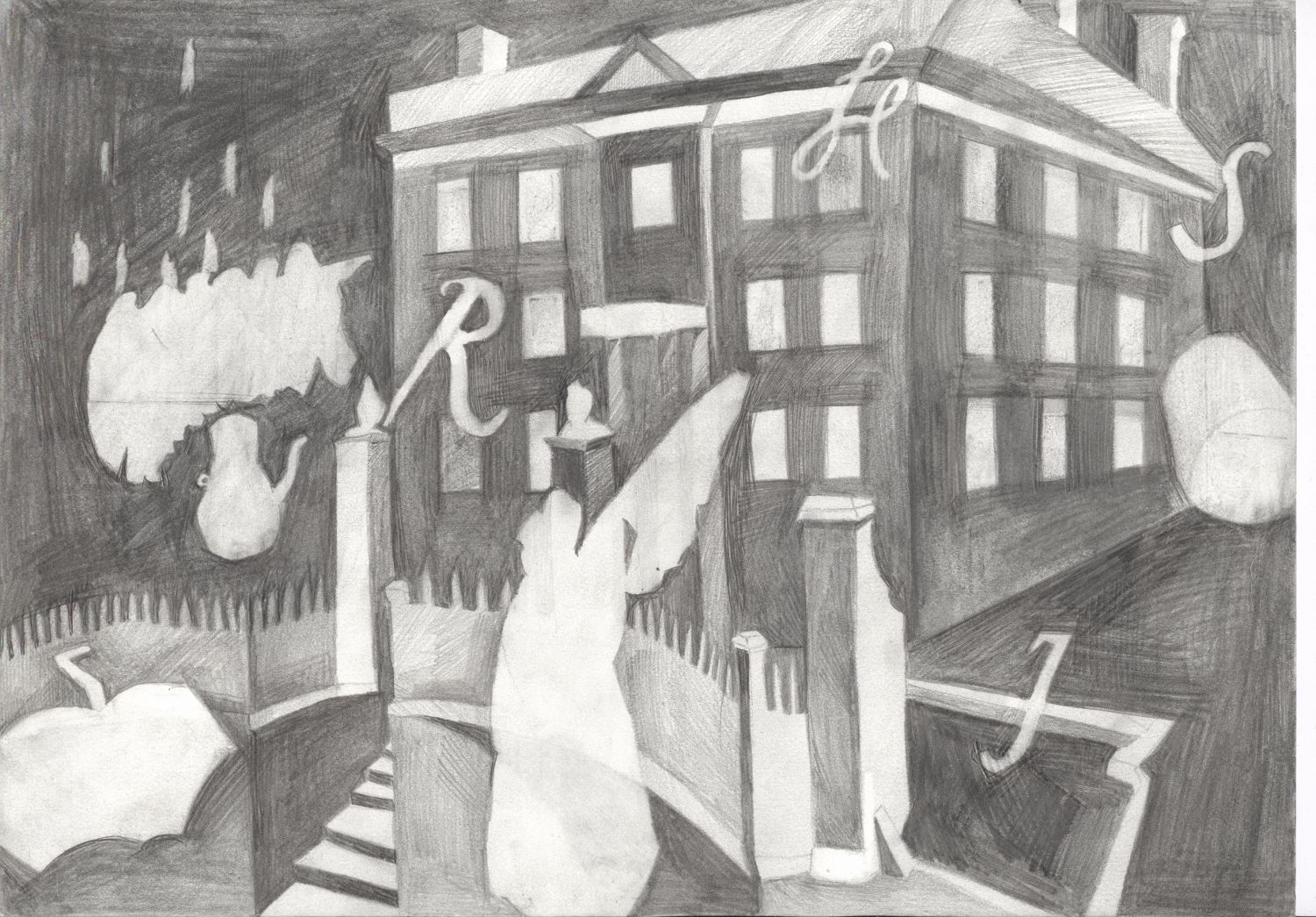 Phoebe Bean walked past the library on 121 Hope Street in Providence every day while attending Brown University, yet never had any idea what was inside. Now, 25 years later, she is the head librarian there at the Mary Elizabeth Robinson Research Center, and maintaining over 500,000 manuscripts, books, photographs, and historical archives.

The Rhode Island Historical Society (RIHS), which owns the library, was founded in 1822, making it the fourth oldest historical society in the country. Its mission, since its founding in 1822, has been to “publish and diffuse information” about Rhode Island and to “promote the study of history by lectures and other means.”

Lots of residents, however, still don’t know what RIHS is, where it is, or how it works. As the Society swiftly approaches its 200th anniversary, they have vowed to take their mission one step further: increase access to the history of Rhode Island by expanding the scope of communities reflected by and regularly visiting the archive.

Bean sits in her rolling desk chair, glasses falling low on her nose. She’s working on her latest project: restructuring the library’s 195 year-old catalog, which encompasses over 400 years of history. It’s certainly not a small feat, but a necessary one, she claims.

The Society’s collections are growing exponentially, she says, gesturing at the stacks of new material on the office desk in front of her. The Society receives contributions daily. In some cases, the library cultivates decades-long relationships with donors before they give up a relic, while others come to the library from second-generation Rhode Islanders looking to clean out their attics after relatives pass on. Due to an uptick in the latter, there has been a recent influx of World War II antiques that will soon be on display.

However, the curatorial choices of the past three centuries, as well as most artifacts accumulated and donated, generally catered to a Catholic, upper-middle class audience, and in turn largely depicts the history of the wealthy, white, male population of Rhode Island. Relics pointing to the lives of indigenous people, women, people practicing other religions, people belonging to a variety of socioeconomic groups, and people from different cultures in the state were underrepresented in the collections.

The curatorial interests of the RIHS’s library in the past decade have been shifting to the history of women in Rhode Island, Rhode Island’s South Asian community— who mostly immigrated to the state in the 20th century—and its African American communities, just a few of the groups which have been previously left out of the RIHS’s narratives about the state’s legacy.

Although the RIHS as an institution is certainly making strides towards representing a fuller and more inclusive history of Rhode Island, it still does not present a complete picture. What the organization chooses to accept and preserve determines in some part how Rhode Island’s history will be remembered, especially by those who rely upon state institutions for research. However, there is a lot of generational memory—memory within communities that has been preserved through other means—not necessarily preserved in archival work.

The RIHS and other state-level historical societies are not the only organizations keeping track of these histories. Projects like the RI Rhythm and Blues Preservation Society; Nuestras Raices, a RI Latinx History project and blog; the Tomaquag Museum in Exeter, RI, which teaches indigenous history, culture, and arts; and the Hmong Studies Journal—among many other Rhode Island based social movements and oral history workshops—represent longstanding efforts by such communities to bring their individual histories in the state to light.

Alongside considerations of expanding to include a more diverse set of communities’ representations of history, the RIHS also faces a challenge to close the gap of students’ access to the subject of history itself. This is particularly urgent in the context of recent cuts to federal funding for professional development opportunities for history teachers, as well as hiring and salary freezes for teachers that followed from the post-recession budget crises. And unlike literacy or math, social studies—including subjects such as history, geography, economics, and civics and government—is not tested at the state level, so teachers have less institutional incentive to devote adequate time to the subject.

Charmyne Goodfellow, Director of Finance at RIHS since 2001, says the finances of the Society in the last 15 years show this decline in the value of history as well. The Society has several sources of income, mainly state funding, grant funds from the RI Foundation, money raised in various educational events and exhibits, and the Annual Fund, supplied by donations. They primarily use the Annual Fund to help students and teachers across Rhode Island who have fewer than 30 minutes a week dedicated to history, geography, and social studies.

The Society has been given numerous grants from the National Endowment for the Arts (NEA) and the National Endowment for the Humanities (NEH), ever since both organizations’ creation by President Johnson in 1965. When asked about the recent threats of cuts to the NEA and NEH in the Trump administration’s proposals for an annual budget, Goodfellow said it would most likely have an impact over the long term rather than creating immediate effects, as they receive grants every five to 10 years. Goodfellow also mentioned that their membership rates are dropping, leading to fewer annual donations overall. Diversifying their funding base—whether it be by expanding demographics they draw on for their member base, or shifting who the RIHS appeals to for grant funding—might be one additional consideration among many in their efforts to expand thinking about who might be interested in their society.

But Bean remains hopeful. Through the Newell D. Goff Center for Education and Public Programs, the Society has begun to cater their events to a much wider scope of people through more family-oriented programs. There are now school walking tours in which guides take school groups through the streets of Providence to recount personal and collective narratives about the city in an interactive way, as well as to demonstrate the ways in which Providence has changed in the last 400 years.

It has also grown its All-Ability Inclusive Program at the Museum of Work and Culture in Woonsocket to include the John Brown House in Providence, and has implemented programming for those with visual and hearing impairment. In addition, they have worked toward better socio-economic accessibility through free access to the library for Rhode Island residents and students, as well as an online database available internationally that features digital surrogates of material not on display. The online catalog and complementary online search tools have allowed access for patrons to research the library’s holdings before they visit, so when they come to view original material, they can use their time more efficiently.

The Society, in collaboration with Providence College, has created EnCompass, a digital textbook for seventh to 12th grade students in public, private, charter, and homeschool classrooms with images of primary sources and artifacts. It covers topics within Rhode Island’s history, including the state’s legacy of immigration, industrialization, and women’s suffrage. The project marks progress in the RIHS’s mission to ensure future generations’ interest in history—in part, by focusing on the progress of the state itself.

Among the 12 founders of the RIHS in 1822, two were governors, two were chief justices of the Rhode Island Supreme Court, another was a United States senator, one was a chancellor, and four were trustees of Brown University. Prior to 1822, the need for the Society had been apparent; Rhode Island lawyers and politicians of the late 18th century like Theodore Foster, Stephen Hopkins, and Moses Brown—all white men—had been safekeeping old manuscripts in their own private collections. By handing over their manuscripts to the Society shortly after its birth, they laid the foundation for the present RIHS’s vast collection of colonial manuscripts.

Today, the Society’s board has a group of 17 men and women who come from increasingly different backgrounds: a retired heart surgeon, lawyers, accountants, jewelry business owners, and members of academia who work at URI and Brown University. While the RIHS still has not expanded its board beyond the upper to upper-middle class, less than half the board has previously worked with history in a professional or academic capacity, bonded moreso by their shared value of preserving the evidence of history.

Elizabeth Francis, executive director of the Rhode Island Council for the Humanities, wrote about the value of history to Rhode Island in the Providence Journal, referencing the aim of religious freedom of its founder Roger Williams: “What no other states can claim is over 350 years of an authentic, rebellious and disruptive spirit that is embedded in our architecture and civic structures and represented in our independent thinkers, innovators, makers and civic leaders. It’s our history, our most renewable resource—after all, we make more every day.”