Week in the Home of the Whopper 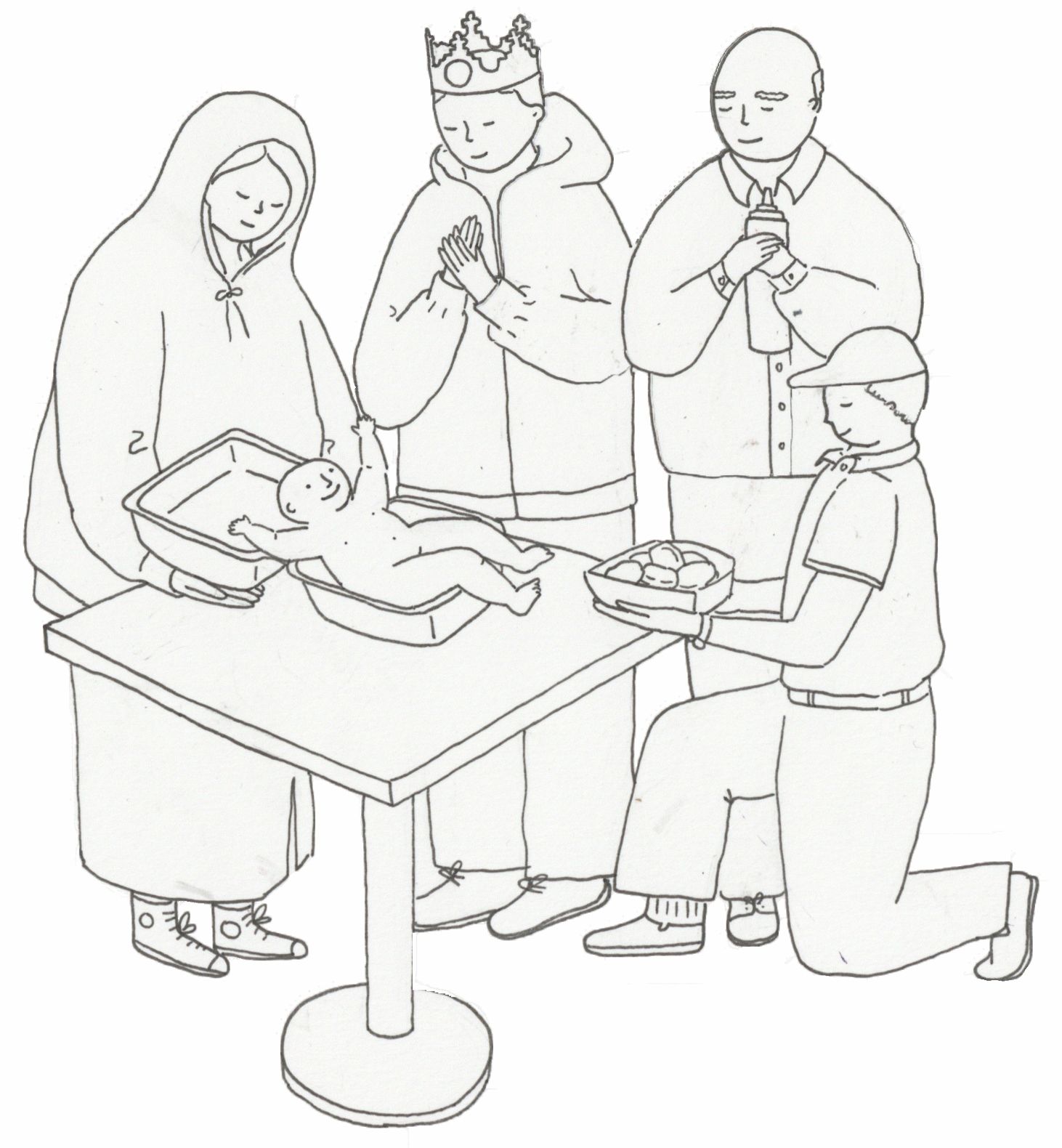 Step aside, loyalty cards. Cryptocurrencies are set to revolutionize reward programs by enabling trading of one’s accumulated assets online. This is one of the few (basically the only) aspects of global politics in which Russia is at the forefront.

For every rouble spent at a Russian Burger King, customers will now be able to claim one Whoppercoin. One Whopper can be redeemed with 1,700 Whoppercoins. By the rouble-to-dollar-menu conversion rate, this means: buy approximately five Whoppers, get one free. Now, instead of laboriously digging through the Burger King Russia Mobile app for coupons, customers can use the Whoppercoins in their digital wallet for juicy savings.

Burger King Russia has released an initial supply of one billion Whoppercoins on the blockchain platform Waves, redeemable for approximately 400 million calories in Whoppers. Though we encourage you to have it your way, talk to your doctor before embracing the Whoppercoin diet.

In a statement to Waves, Burger King Russia’s head of external communications, Ivan Shestov, said, “Eating Whoppers now is a strategy for financial prosperity tomorrow.” He added, “Now Whopper is not only [a] burger that people in 90 different countries love—it is an investment tool as well. According to the forecasts, cryptocurrency will increase exponentially in value.”  Though there is something to be said for portfolio diversification, this appears to be the most unparalleled investment opportunity for your trust fund since the Chicken Fry.

On the surface, the currency appears valuable to only Tendercrisp fanatics and money launderers, but the ability to be traded for different cryptocurrencies sets Whoppercoin apart from standard loyalty programs. In the future, other corporations are expected to issue cryptocurrencies in lieu of their current reward programs, creating an online market for brand-specific coins. McMoney coming to a Golden Arches near you!

The Russian government has been indecisive on the prospect of coin offerings. In 2016, the Finance Ministry proposed jailing Bitcoin users, citing how the anonymity of the cryptocurrency enables illicit activities. Following Putin’s meeting with the founder of Ethereum, the world’s second-largest cryptocurrency, the ministry announced their plan to regulate cryptocurrencies like securities instead of prohibiting them entirely. Finance Minister Anton Siluanov announced, “The state certainly understands that cryptocurrencies are a reality, there is no point in prohibiting them.” The Independent certainly hopes the Russian state also starts to see the consequences of its overbearing regulation in less charbroiled concerns.

Burger King Russia has existing iOS and Android apps, but they are expected to release Whoppercoin-specific apps in the coming weeks. It is unclear whether new app, like the original, will also be rated Mature 17+ on the Google Play Store.

Last Friday, dusk creeped slowly across the small town of Denville, New Jersey. The warm orange light glistened through the windows of the Burger King off Route 80. Inside, the workers were winding down, tending to their fryers, re-stocking Purell machines, and taking turns flicking condiment cups onto the spikes of a forgotten cardboard crown. Suddenly, an angel appeared before them. It said, “Don’t be afraid, today a baby boy will be born in this Burger King. He will be the King’s own son and his kingdom will never end.” They were confused by this and wondered what the angel meant.

A few hours later a car screeched into the parking lot. A woman explained that she and her husband had traveled very far to reach the town of Denville and deliver their baby, but the traffic was too dense to reach the hospital. The workers, beside themselves that the angel’s prophecy was coming true, helped the woman deliver her baby in the parking lot with the Denville Fire Department. When the baby boy was born the workers presented him with gifts of Mello Yello, chicken nuggets, and honey mustard, and placed a cardboard crown on his head.

The following evening, as the workers took turns seeing who could mix the best concoction from the Coca Cola Freestyle Machine another angel appeared before them. This angel, more covered in crumbs than the first, exclaimed, “Don’t be afraid, today a baby boy will be born in this Burger King. He will be the King’s own son and his kingdom will never end.” The workers responded, “Look angel, you got the wrong place, we already helped birth the baby king.” The angel looked perplexed, rubbed its belly, snatched a chicken parm sandwich, and dipped.

A few hours later a car screeched into the parking lot. A woman was experiencing severe contractions and had no time to travel to the hospital. The workers rushed out to the parking lot and helped deliver the second child in the backseat of the car. The workers could not believe a second king had been born! They swaddled him in scratchy paper towels and single-ply toilet paper and placed him in a King Jr. meal box.

In their excitement the workers decided to create a new menu item to celebrate the two new kings. Thus came the Whopper Jr. and the continuation of a long, prosperous, and greasy reign.

At first appearance, the Whopper is a thoroughly unappetizing product, as food goes: a quarter pound of beef slapped on some soggy mayonnaise buns, with a bunch of other toppings that loosely constitute edible products, containing 660 calories and approximately 52 grams of fat.

Apparently, however, the Whopper is more than just a murdered cow packaged for consumption. Indeed, it appears that the Whopper, invented in 1957 by James McLamore in Jacksonville, Florida, has become a transcendent force.
Burger King recently announced that customers could now receive a free Whopper if they included that they had been fired from a job in their LinkedIn profile —an edible severance package.

The world was abuzz. Social commentators and political analysts took to the Intra-web to voice their opinions and support. Frank McHale, a self described “Constitutionalist, Patriot, Libertarian, Liber8r, and Social Moderate” with a Reagan background photo, was one of two people who tweeted using the official promotional hashtag (#WhopperSeverance).

One can only imagine Frank’s joy. Here, finally, was the private sector stepping in to help the economy and those in need with tangible benefits. Who needs a welfare state? Only people who shop at the IKEA Marketplace for their meatballs. The Swedes may get unemployment insurance, but in America, when a citizen is down on their luck, they get a Whopper, and Barack Obama (uh, is he still President?) is not even wasting federal government dollars to pay for it.

There were a few vegetarians who objected. Natacha Pizzini, a long time Burger King critic said that “I would rather get fired twice than get a Whopper as severance.” However, because ‘Burger King critic’ is a profession few people aspire to, it seems like she’ll seldom have to face a kind of job insecurity loaded with iron and B vitamins.

Nevertheless, the Burger King promotion appears to have touched the cholesterol-clogged heart of many a ’Merican. A man named Tony Quinn (whose Twitter bio proclaims, “I have been in affiliate marketing now for almost a year. I haven’t made that much money yet, but who does at first?”) took immediate advantage of the promotion:

“I got fired. I want a free whopper,” Quinn tweeted.

At the time of print, it remains unclear whether Tony Quinn’s desire has been satiated.

But if he wants that burger, he ought to to update his bio.