Medicine, Fitness, and the Modern Athlete 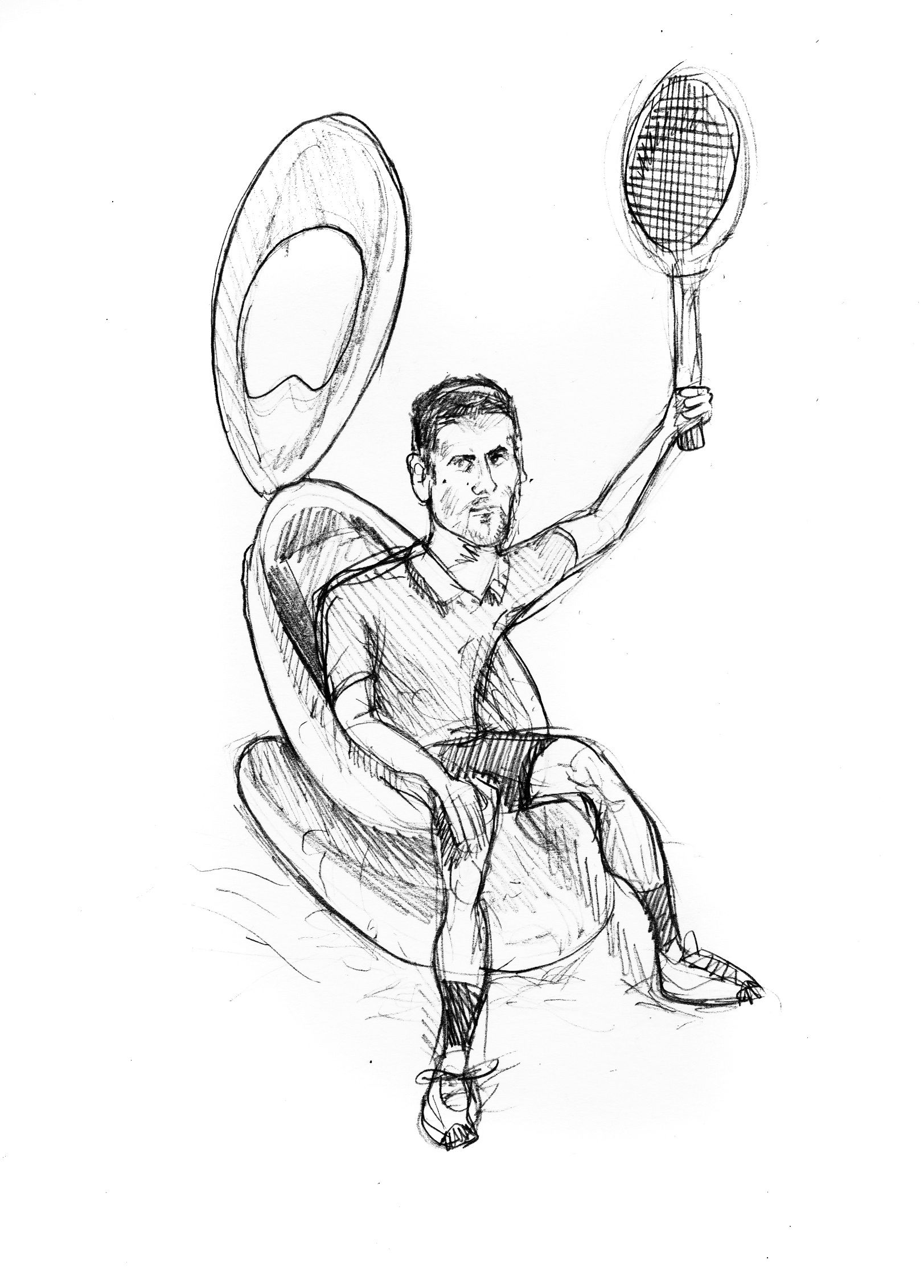 ON AN OVERCAST DAY in Mexico City in October 1968, Jim Hines ran 100 meters in 9.95 seconds. Hines walked away from the 1968 Olympics with a gold medal dangling from his neck. It was the first time in the history of the sport that anyone had run that distance in under ten seconds. Fifteen years later, Calvin Smith ran a 9.93 in Colorado Springs. And it would be another five years before Carl Lewis ran a 9.92. In 20 years, sprinters could only improve Hines’s time across 328 feet by three hundredths of a second.

Fast-forward 21 years to 2009. Usain Bolt—in all likelihood the fastest man to ever bound across the Earth—ran the same distance in 9.59 seconds. How could Bolt make this staggering improvement in such a short race over a comparatively short time? How could a human perform this superhuman feat?

As consumer fandom has exploded over the past twenty years, so too has the money in sports. Athletic apparel companies like Nike and Adidas—as well as luxury goods manufacturers such as Mercedes-Benz—have picked up on the global appeal and marketability of top athletes. Alongside with the rise of the Internet and its social media, advertising has transformed sports icons into global celebrities, creating a demand for athletes to reach incredible levels of performance. And the scientific world has taken notice, working to improve the durability and capability of athletes.

The keys to Bolt’s virtually inhuman performances—shattering, time and again, the historic world record in 100M with ease—lie in the emerging sciences of sport.

TODAY'S ATHLETES TAKE BETTER CARE of themselves, train harder, and therefore jump higher, cut quicker, and run faster. This is the age of the nonstop athlete. Gone are those lazy summers when professional hockey players raked in some extra dough by selling used cars. There is no more off-season. Today. most professionals embark on seemingly impossible exercise routines after their seasons end. Roy Hibbert, 7’3’’ behemoth of the Indiana Pacers, journeyed to San Antonio in August to flip tractor-trailer tires in 105-degree heat. In the past 30 years, this offseason training has led to extraordinary improvements in athleticism.

Take, for example, Kobe Bryant, basketball’s best shooting guard for the past fifteen years. His fearsome competitiveness, reptilian agility, and prodigious skill have been etched into hardwoods across the globe. Behind the scenes, Bryant’s offseason workouts have become legendary. Operating alongside trainer Tim Grover, the man Michael Jordan credits with helping him achieve his rare levels of greatness, Kobe has popularized his “666” workout regimen.

Bryant’s normal routine involves two hours of flying around a track followed by all sorts of agility drills: jump rope, ladders, box jumps. He then proceeds to mechanically drill shots from all over the court, from hitting layups to pouring in endless 3-pointers. Sweat dripping and muscles bulging, Bryant finishes with an hour of endurance cardio and Olympic-style weightlifting. Included in these maniacal physical exertions are military-style plyometric sets and exercises on underwater and zero gravity treadmills. On top of it all: he starts this regiment at 6:00 AM.

This is, needless to say, a far cry from the early summers of Wilt Chamberlain’s career, when he used to work as a bellhop at Kutsher’s, a Jewish resort in the Catskills.

AS ATHLETES CONTINUE TO GET BIGGER, stronger and faster, they put more force through their joints. Muscles are growing, bones, tendons, and ligaments are not. Stronger muscles, which put more stress on ligaments, are a big reason for the rash of injuries to the anterior cruciate ligament (ACL) in recent years. Watching footage of professional basketball from the 1980s, it is obvious that the style of play was much different. The “Showtime” Lakers depended on Magic Johnson slinging passes and Kareem posting up to create scoring opportunities. Athletes did not move as quickly or as explosively because they weren’t as well conditioned. The Miami Heat’s modern offense, on the other hand, is predicated on Lebron James and Dwyane Wade juking and wiggling their way into the paint in order to create open shots for themselves and others. The heightened pace of play makes basketball incredibly fun to watch, but it is also responsible for countless knee injuries. Before advances in surgical techniques, severe leg injuries equaled a one-way ticket out of the NBA.

New York Knick Bernard King was leading the NBA in scoring at 32.9 points per game in 1985 when he tore his right ACL. The ligament runs diagonally through the knee and acts to stabilize the joint by restricting forward motion of the tibia during movement. It is one of the few ligaments that will not heal on its own, and its position deep within the knee makes it difficult to operate on. King’s doctors told him that he would never play again. Ignoring his prognosis, King opted for surgery and extensive rehab. Dr. Norman Scott cut an incision from King’s thigh to the top of his shin, took his kneecap out of place, and then fashioned him a new ACL out of tendon tissue that was still attached to muscle. He then put the kneecap back in place and closed the wound with 40 metal staples. Scott kept King from bending his knee for weeks, which led to muscle atrophy and acute knee stiffness. It took King almost two years to get back on the court, the first instance of someone conquering an ACL tear in professional sports. He said during his Hall of Fame induction speech that “My personal legacy is what I did for five hours a day, six days a week, to come back from an injury that players were not coming back from.”

These days, an ACL injury necessitates between 6-12 months of rehab before resuming play. No giant scar running down the knee—the only signs of surgery are tiny marks left by arthroscopes, surgical instruments that have cameras, detachable saws, claws, and shavers. Danish physician Severin Nordentoft invented the arthroscope prototype in 1912. His creation was deeply flawed, as the tiny video cameras that allow doctors to see inside the knee did not exist. The 1990s saw the first consistent use of arthroscopy for repairing ACLs. The procedure revolutionized sports medicine, as most surgeries can be done without having to cut athletes open; surgeons can perform entire operations within the joints themselves. Patients often come back stronger, not weaker, from ACL tears.

Adrian Peterson was back on the field nine months after a 2011 ACL tear. In 2012, he scrapped his way to within eight yards of the NFL single season rushing record. Peterson is the gold standard of ACL recovery. What was once a career-ender is now only a short intermission. Players who overwork themselves in order to become elite have the security of knowing that, if they hurt themselves, they will soon be back on the field. This holds true for most ligament and bone related injuries. Concussions and other types of head trauma, on the other hand, are impossible to properly treat or prevent.

Post-surgical procedures designed to promote healing have also improved. Regenokine, a procedure invented in Germany, is one of the most successful systems for shortening recoveries. Doctors remove a patient’s blood and spin it in a centrifuge before putting a number of glass beads into the solution. The glass induces white blood cells to release IRAP, a natural anti-inflammatory. The solution is then injected back into the patient’s damaged joint. The futuristic treatment was solely intended to treat arthritis, but it was found to aid in most post-surgical joint injuries as well. Following surgery, the body’s natural inflammation response revs up, not so much for the sake of healing as for the sake of protecting the injured area. Regenokine shortens this phase, enabling the healing process to start earlier, while also promoting healing. Even Pope John Paul II, has had the procedure.

THERE HAS NEVER BEEN SO much money in contracts and endorsements for those at the top of their sports. The difference in earning power between the best player and the 100th best player in any given sport is monumentally larger than the difference in their skills. Novak Djokovic, the top-ranked men’s tennis player, made 20.6 million dollars in prize money and endorsements during the first half of 2012, according to Forbes. Michael Russell, currently ranked 81st in the world, recently told The New York Times that he made $300,000 in his best year. The difference in earnings only helps to further enlarge the gap in skillset. Djokovic can afford to employ a crack team of trainers and coaches and put them in the comfiest hotels. He can also spare $75,000 for an egg-shaped pressure chamber that increases circulation, stimulates blood cell generation, and expels lactic acid.

BUT IT'S NOT ONLY ABOUT TRAINING. It’s also about genes: LeBron James is a genetic freak. He has more fast twitch muscle than just about every person alive, reaching unprecedented levels of success due to the combination of hard work and genetic near-perfection. What, then, would happen if scientists could isolate the best of LeBron’s DNA, and combine it, say, with the cream of WNBA MVP Candace Parker’s genetic crop? Geneticists are getting closer to making this a reality. Parents will soon be able to pick which genes they want their children to inherit. This applies not only to eye and hair color but also to height and percentage of fast and slow twitch muscle fibers. If the technology continues to develop, there could be a whole litter of little LeBrons running this way and that. And if, at the same time, training keeps improving, we may just be scratching the surface of what is within the realm of athletic possibility.