Radical acupuncture in the Bronx and Providence 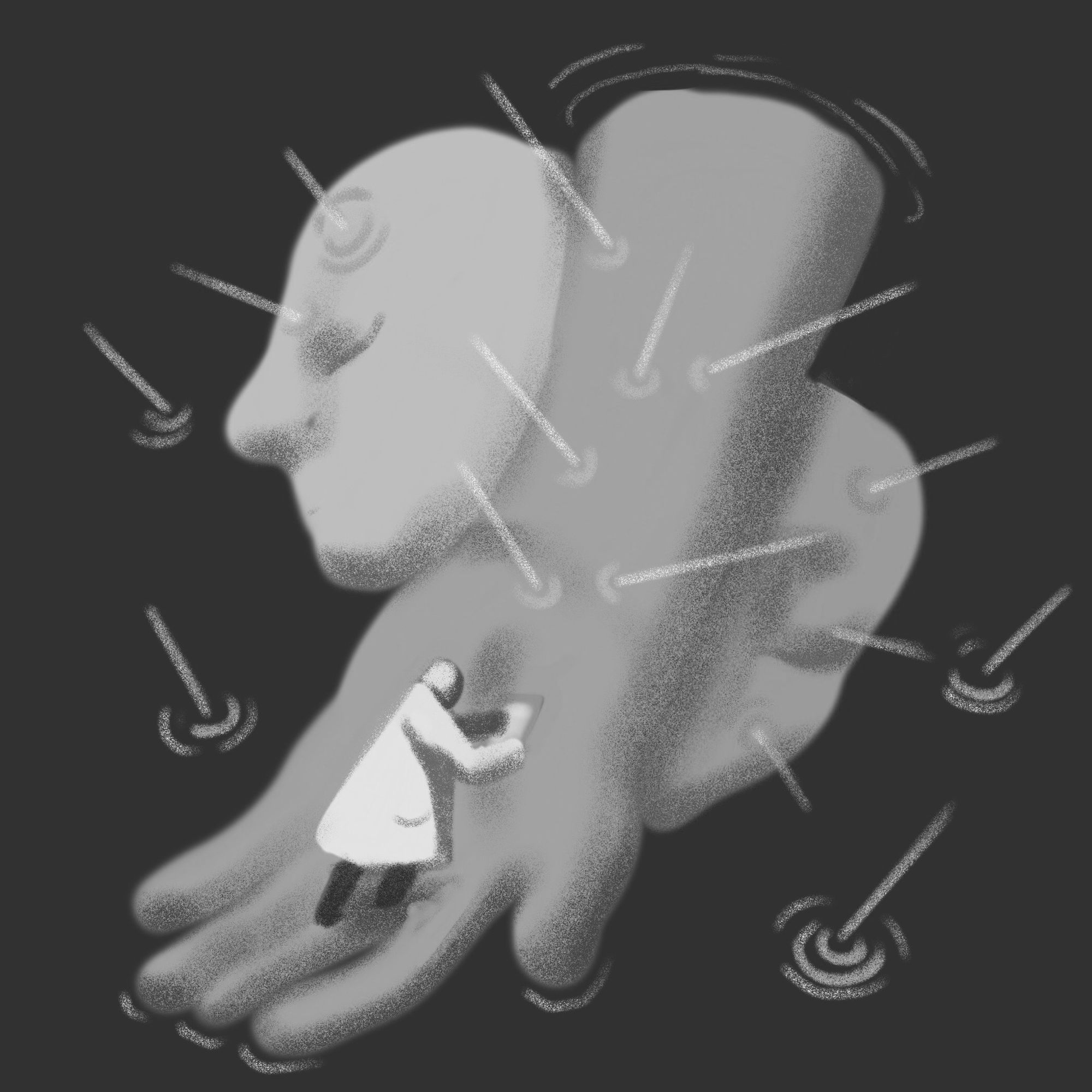 The year 1970 marked the height of a heroin epidemic in the United States. The drug detoxification program at Lincoln Hospital in the south Bronx had a waiting list of up to one year for new patients. Established in 1839 to provide treatment for runaway enslaved people, Lincoln Hospital had by the mid-twentieth century fallen into a state of dangerous disrepair,  gaining a reputation as “the butcher shop of the south Bronx.” Patients, primarily poor brown and Black people who lived in the surrounding area, described seeing walls and floors splattered with blood, and there were numerous cases of children contracting lead poisoning while receiving treatment. A 1970 report on Lincoln Hospital noted that “the dirt and grime and general dilapidation make it a completely improper place to care for the sick or even run the complex administrative machinery that is required to do this.”

On November 10, 1970, a coalition of revolutionary groups, including the Young Lords and the Black Panthers, seized control of the nurse’s residence at Lincoln Hospital and founded a drug detoxification program called the People’s Drug Program. Through the organization, volunteers trained in political advocacy and community organizing used methadone to wean addicts off of heroin.
Vincente Alba, a nineteen-year old then in an active heroin addiction, received treatment from the People’s Drug Program on the very day it was founded. He soon after drafted into the Young Lords Party, a Puerto Rican revolutionary group fighting for self-determination and liberation.

In a 2013 interview with Molly Porzig in The Abolitionist, Vicente Alba noted that news about the treatment center spread very quickly throughout the greater New York area. “The word spread [about]…the opportunity for people to walk in and get effective help from everyday people, not white professionals but their own people, who had a loving heart and an understanding of things they needed to articulate,” said Alba. In 1973, soon after President Richard Nixon opened relations with China, the Lincoln Detox Center learned of and began using a new and unexpected method for drug detoxification: acupuncture.

In 1972, a Hong Kong neurosurgeon named Dr. H. L. Wen successfully demonstrated the efficacy of acupuncture as a method for treating opium addiction in his patients. A low-risk, cost efficient way to combat drug addiction, acupuncture was adopted in Lincoln Hospital as a drug-free alternative to methadone detoxification. While methadone was the preferred treatment option for heroin addiction among white Western medical practitioners, it also comprised a large portion of the illegal opioids available for purchase due to its relative ubiquity, caused withdrawal symptoms much worse than those of heroin, and in the worst of cases encouraged chemical dependency rather than easing it.

Contrary to much of Western medicine, which is predicated upon the notion of isolation (isolating the pathogen or disease, and, in one-on-one consultations with medical professionals, isolating the patient from their community) acupuncture at the Lincoln Detox Center was practiced in a group setting and informed by each individual’s experience in society. “We understood that an individual’s addiction wasn’t just a physical problem but a psychological problem. It was a widespread problem in our community, not because we as a community were psychologically deficient, but because oppression and brutal living conditions drove us to that,” said Alba.

As a tool that challenged the dominant Western medical framework, acupuncture provided the basis for liberatory self-healing practices espoused by revolutionary groups in the 1970s and beyond. Three drug counselors, including Mutulu Shakur, step-father of rapper Tupac Shakur and one of the first volunteers at the Lincoln Detox Center, began studying under Mario Wexu through the Acupuncture Association of Quebec.

After further studying acupuncture in China, Montreal, England, and Switzerland, Mutulu Shakur co-founded the Black Acupuncture Advisory Board of North America (BAANA) in 1978, which trained over 100 students in the practices of community acupuncture as a revolutionary tool. Through BAANA, Shakur extended treatment outside of the scope of detoxification in order to treat low-income people for general health concerns, including trauma, arthritis, diabetes, and high cholesterol.

The Lincoln Detox Center was dismantled in 1979 when over two hundred policemen surrounded the complex and denied entry to anyone associated with the Black Panthers or the Young Lords. Federal and State governments were on a campaign to dismantle the revolutionary organizations, and the Lincoln Detox Center was their next casualty. “The existence of the program was a thorn in the government’s side,” said Vicente Alba. “We were revolutionaries and radicals doing work, recruiting people to do work the government didn’t want to happen.”

Nevertheless, the program had already laid the foundations for the practice and expansion of community acupuncture in the United States. In a 1992 WHBK radio interview from Lompoc Federal Prison with Tyehimba Jess, Mutulu Shakur said that the Lincoln Detox Center “became not only recognized by the community as a political formation but [also for] its work in developing and saving men and women of the third world inside oppressed communities.”

In the decades following the dissolution of the People’s Drug Program, the practice of acupuncture became subsumed into dominant Western medical practices. A rise in New Age spirituality sparked an increased interest in medical practices from across Asia. Practices including acupuncture became white-washed and decontextualized in order to satisfy consumer capitalist desires for the exotic. As acupuncture moved away from the community-based model and began to be increasingly administered in a one-on-one setting, the prices of acupuncture soared, making it inaccessible to a large swath of the population. According to a 2012 National Health Interview Survey, 82 percent of all people who used acupuncture in the United States were white. Nearly half, 47 percent, were college educated.

One clinic dedicated to reversing this trend in acupuncture and returning to its revolutionary roots is Providence Community Acupuncture (PCA), a clinic founded in 2006 and located downtown at 1055 Westminster Street. PCA operates on a sliding scale and provides discounted treatment to people in different occupations including teachers, tradespeople, caregivers, and retail employees.

In the tradition of liberation acupuncture pioneered at the Lincoln Detox Center, the PCA takes a necessarily political and holistic approach to treatment. Melissa Tiernan, an acupuncturist at PCA, described the clinic’s philosophy as one that considers not only each patient’s multifaceted physical and emotional experience but also as an occupant of a unique place in society. “There are social determinants for disease. It’s not just about you as an individual having a specific pathogen; it’s about the fact that the conditions of our society are fostering poor health,” said Tiernan. She specifically pointed to spatial inequality, which often forces low-income people of color into food deserts, areas with higher pollution, and places with scant access to affordable healthcare facilities. “It’s our society that is putting different groups in different positions and what we’re trying to do is recognize that in terms of making it part of the medical treatment.”

Tiernan envisions a future in which acupuncture is used in schools, hospitals, and prisons as the first line of defense for treating trauma in people searching for care. For now, the PCA will continue offering treatment to the people of the greater Providence area and working to reconnect acupuncture to its roots as a tool for radical self-healing.

NEIDIN HERNANDEZ B’19 will return to the PCA for acupuncture.