Pursuing justice for all menstruating bodies 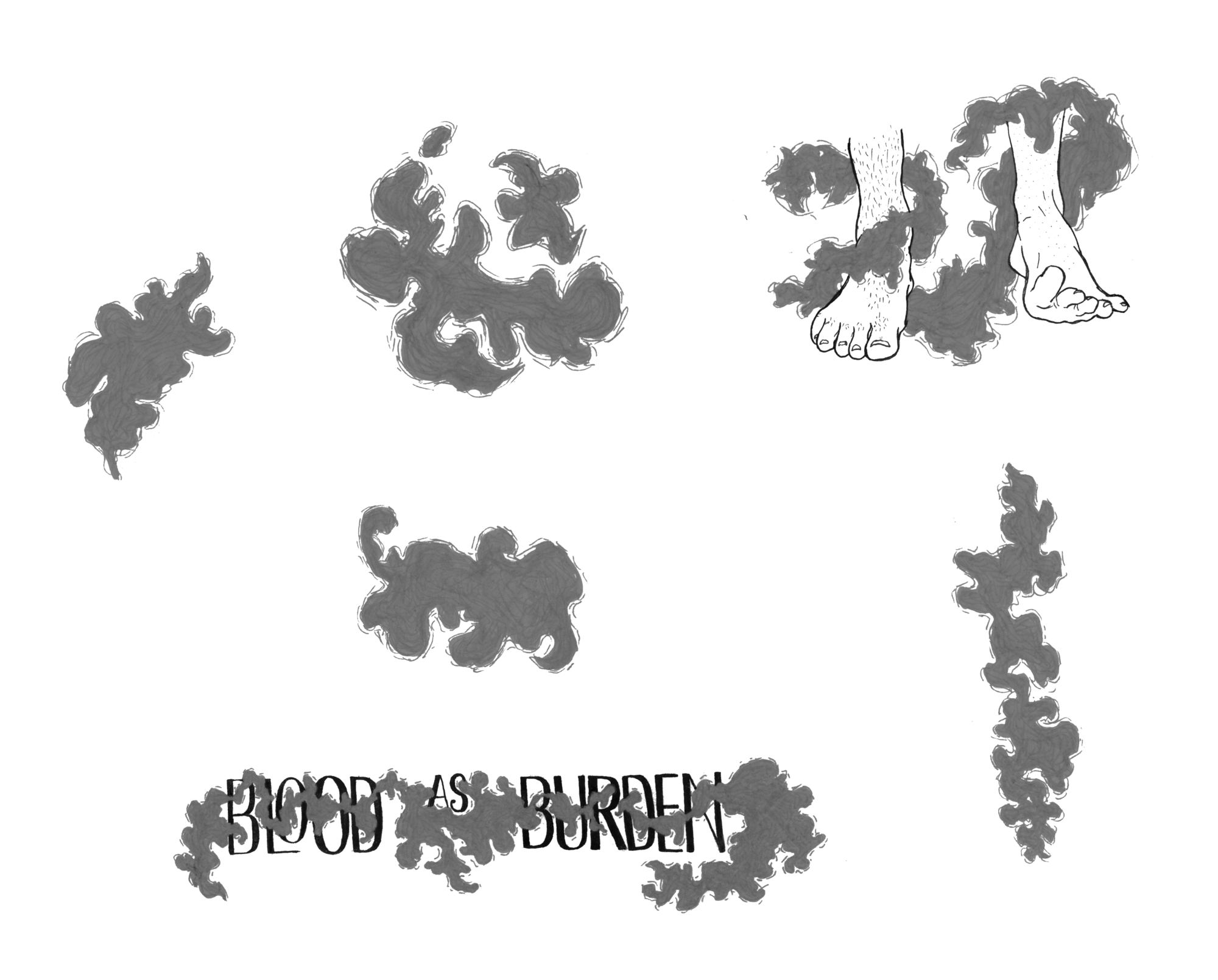 The tampon tax will not die. In 2015, when President Obama was asked by YouTube personality Ingrid Nilsen why tampons are taxed by state governments as “luxury” items, he seemed shocked. “I confess I was not aware of this until you brought it to my attention,” he answered. “I have no idea why states would tax these as luxury items. I suspect it’s because men were making the laws.”

The tampon tax refers to the sales tax condition that prevents menstrual products from receiving tax exemptions like other medical necessities. These products are instead taxed as “luxury” items, applied to any item deemed “non-essential.”

For the handful of activists who had been calling for the tax’s repeal for years, this was a big break. The President of the United States had just talked about periods on television. Not only had he mentioned menstruation, but he also encouraged activists to mobilize state-level resistance to this regulatory tax discrimination. Soon after, London marathoner Kiran Gandhi made headlines when she chose to bleed freely during her race to raise awareness for disparities in access to menstrual products. Social media was fascinated—she was praised as liberated and revolutionary by some and vulgar and disgusting by others. She responded in a statement: “I ran with blood dripping down my legs for sisters who don’t have access to tampons and sisters who, despite cramping and pain, hide it away and pretend like it doesn’t exist…women’s bodies don’t exist for public consumption.” Days later, then-presidential candidate Donald Trump made an infamously sexist attack when he claimed interviewer Megyn Kelly had “blood coming out her eyes. Blood coming out her—wherever.” In response, the hashtag #Periodsarenotaninsult erupted on social media.

Despite the fact that roughly half of the world bleeds, periods rarely receive mainstream media attention. The narratives of these three stories were dominated by grotesque fascination and stigmatizing language, but also by an air of curiosity. NPR dubbed 2015 “the year of the period,” Newsweek ran the headline, “The fight to end period shaming is going mainstream,” and Cosmopolitan proposed “The 8 Greatest Menstrual Moments of 2015.” As establishment media seemed to be discovering menstruation for the first time, the tampon tax got its long-awaited 15 minutes of fame.

But in the two years since, menstrual activism’s fixation on the tampon tax has generated almost no change in state policies. Thousands of petition signatures and dozens of legislative amendments later, tampons remain a luxury item in 45 states. As the tampon tax taxes on, menstrual activism is looking for a new legislative battle to wage. It could be found in H.R. 972 of 2017, a new bill introduced by Grace Meng, a representative of Queens, New York, that addresses disparities in access to menstrual products. It includes provisions that would grant refundable tax credits to low-income individuals who use menstrual products and allow them to buy products with money from flexible spending accounts. Still buried in the lengthy process of congressional subcommittee review, the bill is truly groundbreaking in its considerations of income inequality and menstruation. Its introduction suggests that menstrual justice may have finally learned from the lessons of the tampon tax defeat. It suggests hope for an intersectional future.

The menstrual activist movement to end the tampon tax will continue to be an exclusionary movement as long as it lacks an intersectional focus. Eliminating the tampon tax would end one case of taxation discrimination, but it is only one small piece of a broader set of inequalities placed on those who bleed. All menstruating bodies must bear the economic burden of the tampon tax, but many must also bear the burden of social marginalization. For those who are subjected to gender-based discrimination, homelessness, and/or incarceration, the experience of menstruating can be transformed by intersecting with structural violence.

Activist Jennifer Weiss-Wolf first used the term “menstrual equity” while testifying in front of the Chicago City Council’s tampon tax hearing in 2016. After a reporter told her, “That’s not a thing,” she defined it for the record: “[It means] fairness for how women are treated in society because they menstruate.” Asserting that the tampon tax—and menstruation in general—is only relevant to women is an exclusionary view of what “menstrual equity” might mean. When Weiss-Wolf first defined her idea of menstrual equity as limited to “women,” it served to further elide the existence of non-cisgender bodies that menstruate.

In July, artist and transgender activist Cass Clemmer posted an Instagram photo of themselves freebleeding, holding a sign that read, “Periods are NOT just for women #BleedingWhileTrans.” Clemmer has worked for years to create a space within menstrual discourse where the voices of non-binary individuals are heard.  “Every time people say periods are just for women, they negate my identity and essentially render me and my experiences invisible,” Clemmer said in an interview with Metro about the hashtag. “I’m not a woman and yet, I still get my period—but all too often there aren’t enough spaces or conversations where I am able to discuss both at once.”

Clemmer wants to bring attention to the needs of non-binary menstruating individuals that go unrecognized in mainstream menstrual activism, including “the very real access and safety issues we face when we menstruate, including bathroom use, access to period products, fear of being outed due to leaks, and the lack of disposable bins in men’s restrooms for our used products.” They also want menstrual activists to recognize that the pressure to celebrate menstruation can be alienating; for some individuals, like Clemmer, it can be difficult and painful.  “Getting my period every month is a really traumatic time for me that involves a lot of gender dysphoria, fear of being outed and stress about bathroom safety and use … [we] have enough to deal with while on our periods without having to face people who refuse to respect our gender identity.”

Ultimately, Clemmer’s art, Instagram account, and their #BleedingWhileTrans campaign seek to disrupt the cissexism in mainstream menstrual discourse. “As an activist in the menstrual health space, I have been working for the past few years to help push the movement towards more gender inclusivity,” Clemmer said. “Though we have been making internal strides in the language we use when we talk about people that menstruate, there is still not a lot of discussion about trans menstruators in the general public.” The autonomy of non-binary menstruating discourse is critical for an intersectional menstrual justice movement. For this community, ending the interpersonal abuse of exclusion is deeply tied to ending the abuse inflicted by the state.

Within prisons, menstruation often becomes a tool for social humiliation and control. Though it varies widely by state and security level, most women’s prisons fail completely to provide adequate menstrual care for those who are incarcerated (whereas men’s prisons provide none). Even though they are sometimes available in the privatized commissary, they are sold at similar prices as in drugstores, making them incredibly inaccessible for individuals without external income or resources. And that’s if they’re stocked and sold at all.

Personal testimonies of incarcerated people have shown us that cultures of abuse, neglect, and dehumanization already run rampant and unchecked in the prison system. Just this summer, trans woman Eyricka King wrote to her mother that she has endured physical, sexual, and mental violence in solitary confinement in a New York prison. For abuse related to menstruation, the stigma can prevent individuals from reporting it at all, but it is very clear that it occurs. An Amnesty International investigation revealed evidence of coercion among guards, who forced women to provide sexual favors for menstrual products. A federal lawsuit filed on behalf of two women in Tennessee described a guard requiring them to strip naked and “prove” they were on their periods. In 2016, the ACLU of Michigan filed a federal lawsuit against Muskegon County on behalf of eight incarcerated women, citing “health hazards and dehumanizing, unconstitutional procedures.” The suit claimed that male guards consistently “denied access to clean underwear, toilet paper, and feminine hygiene products to inmates.” One of the plaintiffs, Londora Kitchens, testified that when she asked a male guard if he could help her access a pad, he told her she was “shit out of luck.” She'd “better not bleed on the floor,” he added.

The Correctional Association of New York sponsored a study of its state prison facilities in 2015, revealing an appalling 54 percent of women who claimed they did not receive enough pads each month. The Bureau of Prisons released a vague memo this August instructing wardens to provide menstrual products to prisoners in federal women’s prisons. The memo, already limited in its reach—to only women in federal prisons—also has no outlined recourse for wardens who fail to comply or mechanism for even finding out if they do.

In an open letter published by the Committee Against Political Repression, an anonymous incarcerated woman wrote about the feeling of menstruating in prison: “It is an experience that either intentionally works to degrade inmates, or degrades us as a result of cost-saving measures; either way, the results are the same. Prison makes us hate a part of ourselves; it turns us against our own bodies.”

The neglect that prisons show for menstruating bodies is reflected in the neglect shown by public shelters. For individuals experiencing homelessness, having a period can mean choosing between feeding themselves and buying the products they need. The punishments for not prioritizing “sanitation” can be high. In some shelters, individuals who stain the furniture or mattresses are forbidden from coming back. On the rare occasion that a shelter does offer pads and tampons, they have to come from donations or an internal budget. Federal funds from FEMA, which are utilized by all shelters to purchase essential items like toilet paper, soap, and shampoo, cannot be used for menstrual products. This is the logic of the tampon tax striking again: since menstrual products are considered “non-essential” items, they do not qualify for FEMA money.

For people experiencing homelessness—and thus already lacking access to medical care—the risk of infection is especially concerning. Interviews done last year in a women’s shelter in New York revealed that many menstruating bodies were using old socks, tank tops, plastic bags and rewashed napkins. For those who decide the risk of infection or loss of access to a shelter bed is too great, buying pads means sacrificing a different need: being able to eat. “It costs…half of what I make a day [panhandling],” said a New York City resident named Victoria in a Bustle interview. I could go get the tampons I need, and that will leave me with nothing.” Another woman named Alexa voiced the same choice: “I would rather be clean than full.”

Menstrual justice must demand more than the limited pursuits of mainstream menstrual activism thus far. Grace Meng’s new bill—aptly titled the Menstrual Equity Act for All of 2017—is an opportunity for menstrual activism to move away from its exclusionary legacy of the past few years. The cost incurred from the tampon tax is a burden, but the pain inflicted by institutional violence is much costlier. The additional burden placed on menstruating bodies who also experience cissexism, incarceration, racism, and homelessness must be the focus of a new menstrual activism. Conversations that began with the idea of menstrual equity must end with a renewed focus on menstrual justice. There are many bodies that bleed, and all these bodies do deserve menstrual dignity, rights, and services. But bodies that bleed only from menstruation must first listen to those who bleed from systemic violence too.

MARA DOLAN B’19.5 wants periods on every policy agenda.