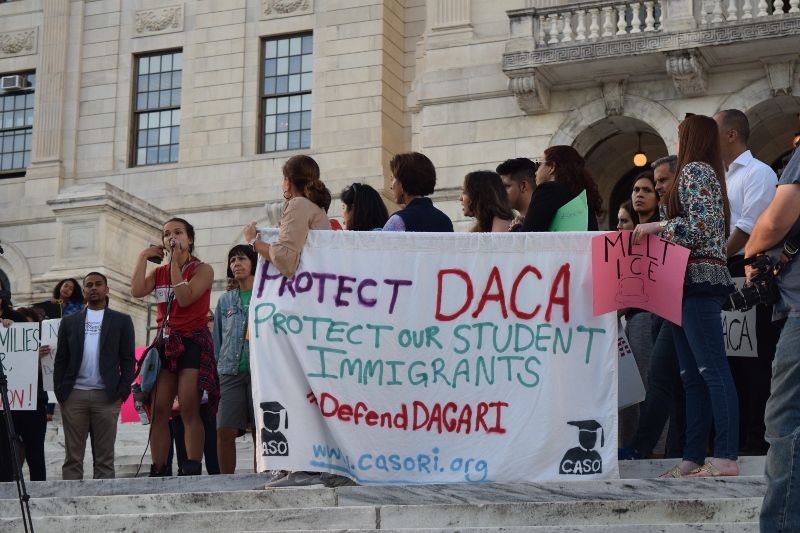 What you need to know:

On September 5, 2017, President Trump announced his decision to phase out Deferred Action for Childhood Arrivals (DACA). DACA is a program that allows undocumented immigrants who came to the United States before the age of 16—often referred to as Dreamers—to defer deportation for two years, with the possibility of renewal, and legally reside in the United States. President Trump’s announcement carries the following consequences:

—US Citizenship and Immigration Services (USCIS) will process all pending DACA applications that were filed prior to September 5.

—Until October 5, USCIS will continue to accept and process renewal DACA applications for people whose DACA expires between September 5, 2017 and March 5, 2018.

—Work permits for current DACA recipients are still valid until they expire or the government terminates DACA status.

—Social Security numbers granted under DACA continue to be valid for education, banking, and housing after DACA expires.

—There are greater risks associated with DACA recipients travelling abroad, and it is not guaranteed that they will admitted back into the country.

—Regardless of immigration status, everyone has the right to remain silent when stopped by the police or US Immigration and Customs Enforcement  (ICE) authorities. 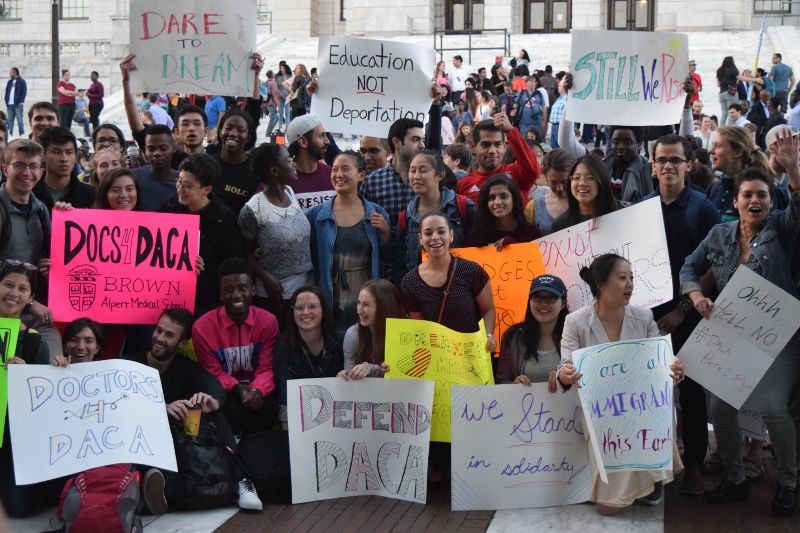 Mayor Jorge Elorza has repeatedly referred to Providence as a sanctuary city, meaning that the city will not cooperate with national immigration authorities in order to target undocumented immigrants. However, after President Trump’s decision to withhold federal funding from cities which do not comply with federal immigration policy, Mayor Elorza has stated that Providence does not technically fit within the narrow definition of a sanctuary city, due to the city’s participation in a fingerprint database accessible to ICE, and thus will not be stripped of federal funding. It remains to be seen what consequences Elorza’s  concession to Trump will have for undocumented members of the Providence community.

After the passage of the Providence Community Safety Act (CSA) on June 2, 2017, no police officer is allowed to inquire about an individual’s immigration status, and all police are required to accept all valid forms of identification issued outside of the US. 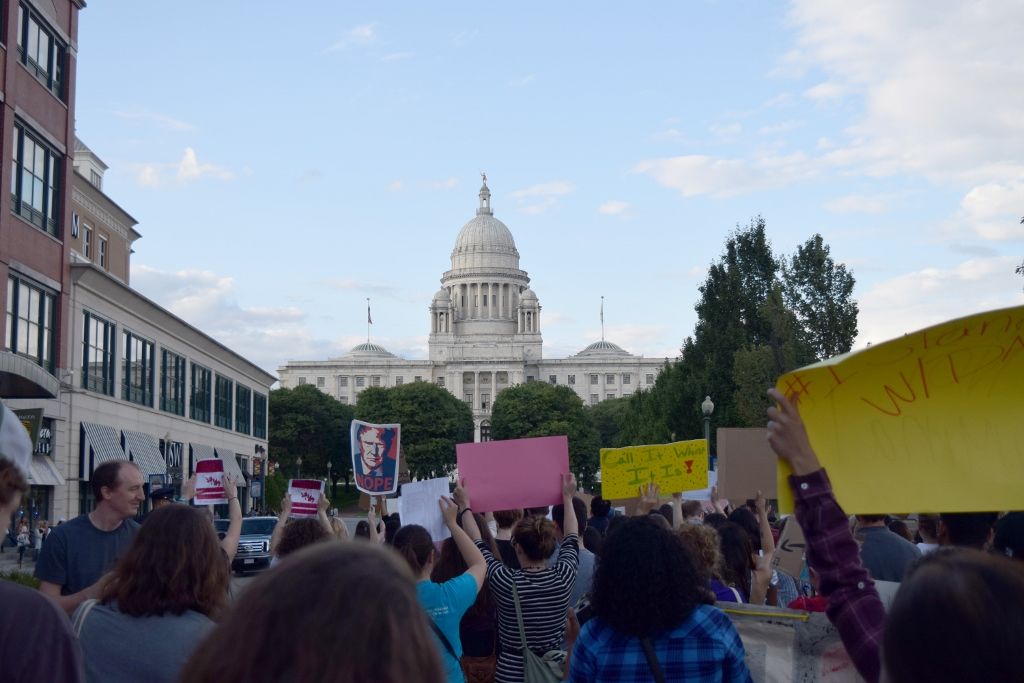 Where to get help renewing DACA:

Dorcas International Institute of Rhode Island is offering DACA renewal services and general advising about DACA. Free consultations are available at walk-in hours: Monday to Friday, 9AM–4:30PM, running until October 3. Appointments are also available from Monday to Saturday. For a limited time, Dorcas will cover the full cost of DACA processing and renewal, which otherwise amounts to $495. 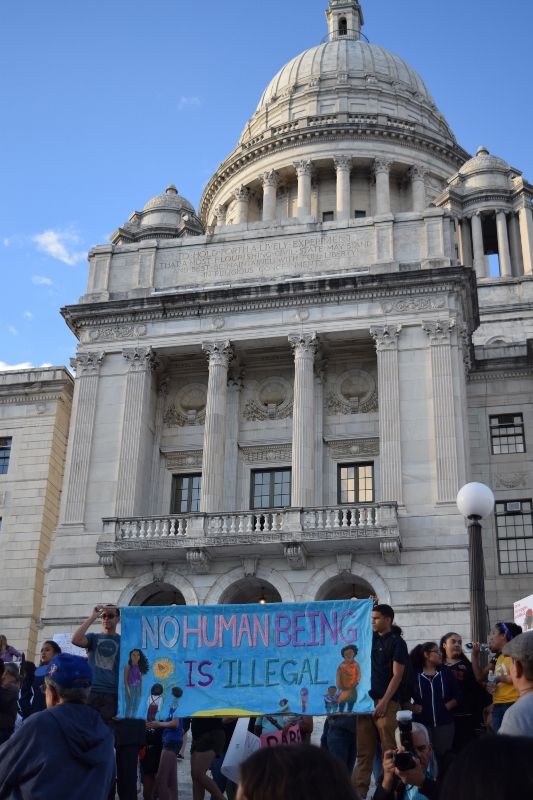 1. Coalition of Advocates for Student Opportunities (CASO) has set up a fund to help pay the fee.

Make checks payable to: Cesar Chavez Fund (write “DACA Relief Fund” on the reference note at the bottom of your check)

2. Call elected representatives and pressure them to pass legislation that protects Dreamers from   deportation.

3. If you are a documented citizen of the US, and live in Providence, get a municipal ID when they are released—see opposite page. 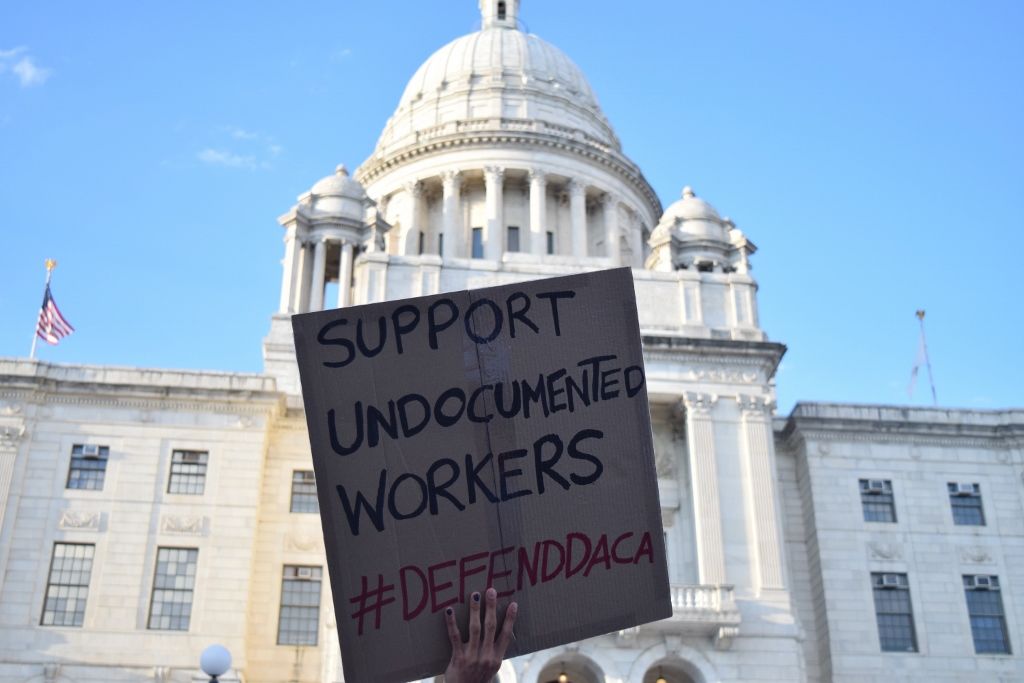 Dorcas International Institute of Rhode Island: A Rhode Island organization that advocates for underserved populations as they overcome cultural, language, and economic barriers.

Immigrant Legal Resource Center: A national organization that provides legal assistance and education to immigrants, as well as advocating for immigration reform on the local and federal level.

We Are Here To Stay: A national movement and action network designed to resist President Trump’s anti-immigrant agenda and to protect the undocumented immigrant community.