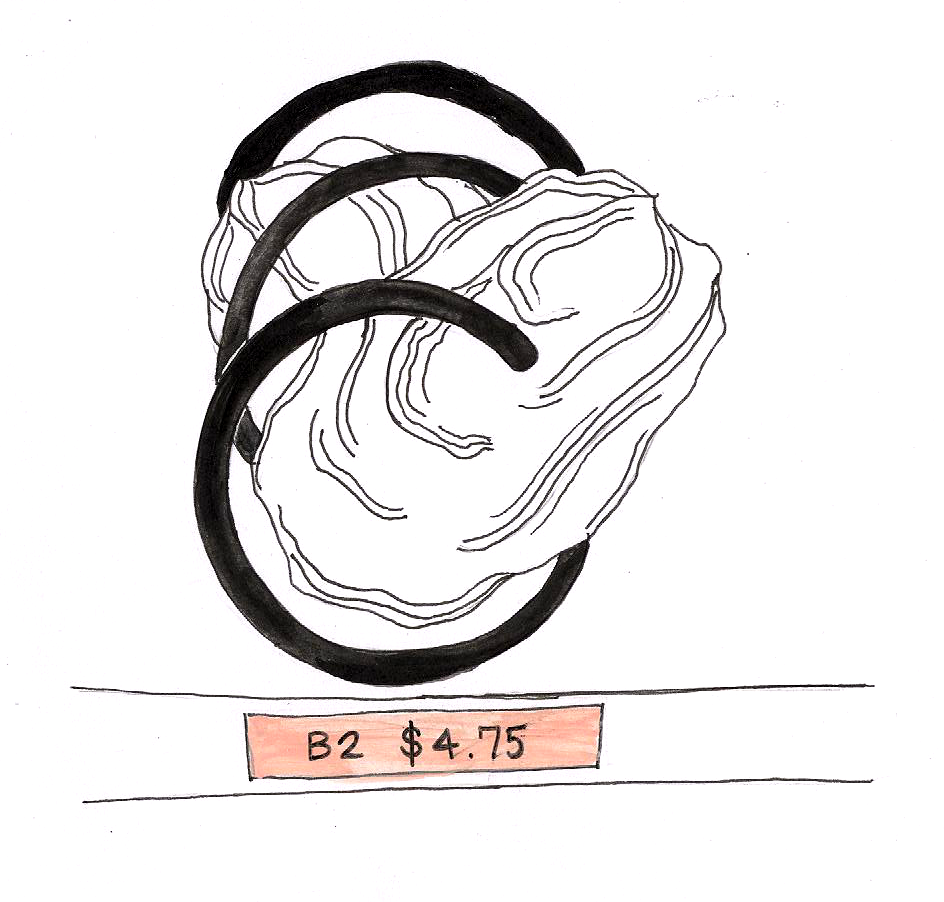 Since when has keeping up with the internet age meant automating oyster consumption? I don’t know. But apparently it all started this past spring in Île de Ré, which sounds like a French Martha’s Vineyard. The “Huîtrière de Ré,” a small oyster shop with touring grounds, lecture facilities, and an alarmingly well-designed webpage was feeling behind the times when Tony and Brigitte Berthelot, the store’s owners, had an idea. It arose from the common customer complaint that the store had a closing time: that the customers could not get their oysters whenever they pleased. What happens if Jean-Louis has a craving after hours? Is he really to wait ‘til they open the next day?

Tony and Brigitte are customer-loving people and they care about whether their customers love them back. To salvage this damaged relationship, Tony and Brigitte had to do some hard thinking. Giving the people what they wanted meant getting creative, one giant step for millennialkind. Hand-crafted goods were in vogue but only if the customers were happy. The customers were not happy. Determined to find a balance between the store’s artisanal charm and the internet generation, the Berthelots made an unusual decision.

The compromise came in the shape of a 72”x39” vending machine open twenty-four hours a day: one thousand four hundred and four minutes, every day, seven times a week. Mr. Berthelot figured the cost of the machine was equivalent to an employee’s annual salary. Asking a person to work those hours would never work in France anyway, though he does offer the robot vacation days out of habit.

Still, there is tension. Oysters are not potato chips. Will this machine drop Tony and Brigitte’s life work one-by-one down a metal-box, for some fucker, I mean customer, to grab and eat greedily in their Peugeot? Is this the future? So much of oyster eating is about ceremony, about presentation. Food isn’t just food, it’s art! Oysters should be presented on a tray of ice and lemons with an array of garnishes circling the shells like crowns. They should be served alongside hot sauce and minced horseradish, not ketchup and paper napkins.

Despite the Independent’s reservations, it’s clear Tony and Brigitte are happy with their decision. On March 30, 2017, “L’Huîtrière de Ré en libre service”—the L’Huîtrière de Ré’s self service machine—officially opened to the island’s public. The customers were ecstatic. Just listen to Cristel Petinon’s enthusiasm: “Honestly, it’s great, 24 hours a day. We can come at midnight if we want. If we have a craving for oysters, it’s excellent. They’re really fresh.” Jean-Louis was also asked to be interviewed but was too busy explaining to Cristel what aphrodisiac meant.

Last week, beauty blogger Promise Tamang rolled out of bed and decided to change the brow game forever. She sat down at her well-lit, expansive vanity, leaned forward and studied the buggers: a hundred little hairs arched at the perfect angle to form two symmetrical frowny faces. But despite their shapeliness, Tamang was displeased. She felt a sinking sense of complacency; everyday she worked her brows into the same humped shape. She needed to shake things up. Reconstruct the twins. And so again she leaned forward, this time armed with Elmer’s glue, concealer, and black gel liner. She prodded and poked and painted for 40 minutes until at last, her mirror revealed two thin, dark squiggle brows. Three admirably smooth tildes along each brow ridge.

Although Tamang appeared confused, she was indeed pleased. She snapped a pic for Instagram with the caption “New brow trend??? When you’re tired of being basic. Somebody dare me to go out like this.” The photo stirred up the comment section, a mixed drink: one part abhorrence, one part uncertainty, two parts newfound fandom. Soon, followers were gluing their own eyebrows into waves and posting pouty photos.

Our eyebrows are key to communicating emotions. Pluck too far in one direction and you’re stuck looking permanently stressed/bitter/constipated. The squiggle fad takes the raised brow of a skeptic and multiplies it by three. But the good news is the squiggle brow can be achieved without a single pluck; use concealer and liner to carefully form a bumpy hillside above each eye.

If the Independent may be so bold, it recommends you try the temporary squiggle brow first, as the brow bandwagon rolls forward at a steady speed: now thick and manicured, once a bushy, Eugene Levy look, flashback to the sliver brows of the ’20s and the pointy Spock brows Grace Jones wore so well. The annals of brow-beauty tell us Ancient Egyptians used kohl and mesdement, composed of lead, to darken their brows and shaved them to mourn the death of their cats. The Ancient Greeks—fancy folk—wore false eyebrows made of dyed goat hair.

Only time will tell if the squiggle brow will demonstrate the staying power of the greats: the unibrow, moving gracefully as a single unit; the sensual, soft-angled “S” brow; the shakily drawn on grandma brow. Or perhaps it will fall among the forgotten fads of the rainbow brow, rhinestoned brow, glitter brow, and infamous barbed-wire brow.

The fate of the fad may depend on overcoming the overwhelming criticism that the trend simply can’t be worn out of the house. For those harboring such concerns, here is a list of places to try out the new look:

The ruins at the Colosseum—it could just be the strobe lights! 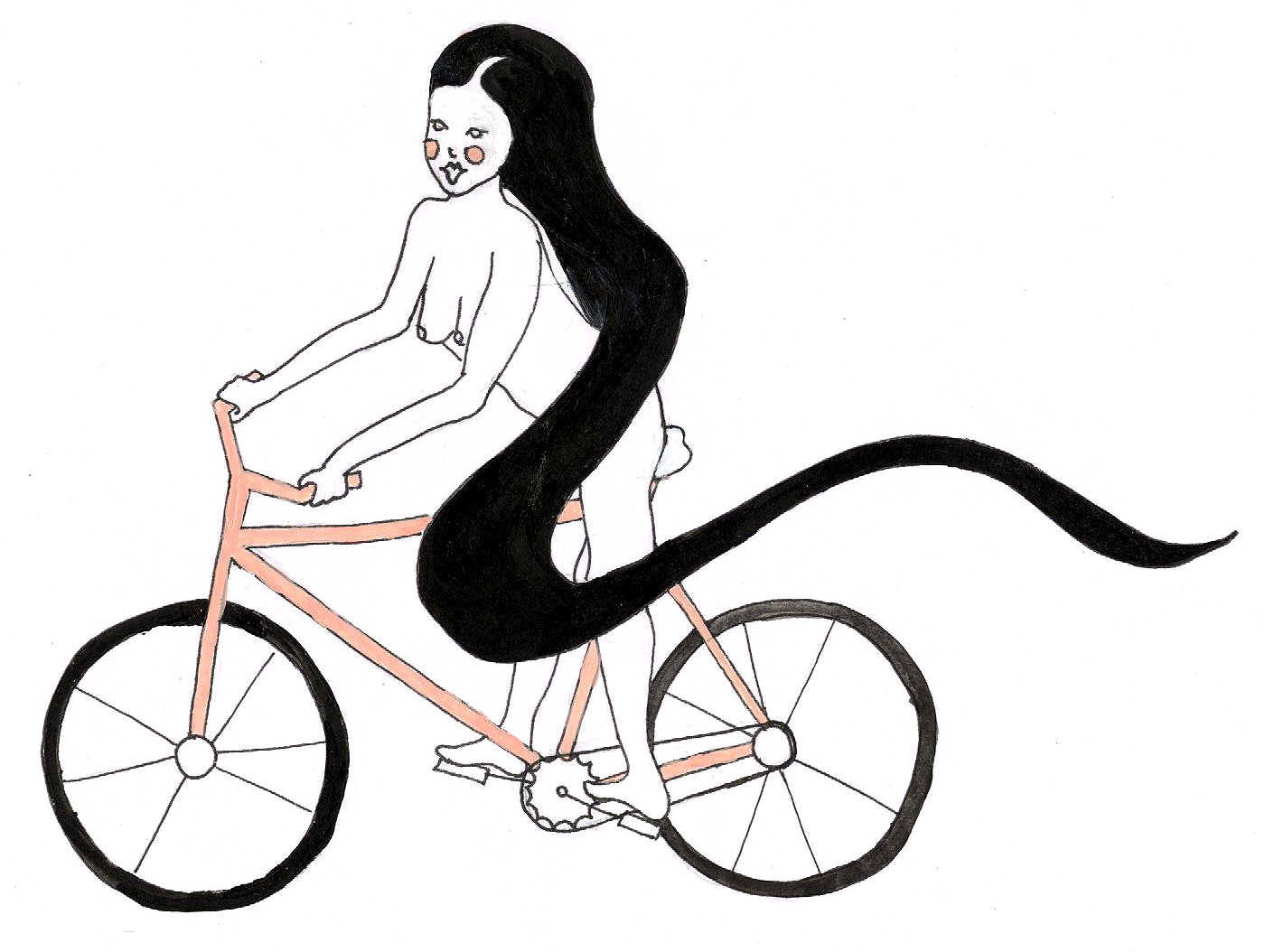 A swarm of bike riders flooded the streets of Philadelphia this past weekend. Bike by bike, booty by booty, riders gathered at Glendinning Rock Garden. Instead of seeing the standard, polka-dotted jerseys whiz by, onlookers encountered colorful body paint and quite a few bare body parts. These exposed riders weren’t professionals gone wild, exhausted by daily tedium to the point of undressing. Rather, this annual event—known formally as the Philly Naked Bike Ride—aims to promote nudity while highlighting cycling and environmental responsibility.

Organizers estimate that the ride drew roughly 4,000 participants last year. It is the second largest event of its kind, beat only by the ride in Portland, Oregon. Participants bike a 10 mile route through the city, past the Philadelphia Museum of Art and Independence Hall.

One might note the irony of promoting cycling safety with a ride that seems rife with the potential for collision and chafing, but in the nine years of the event, the ride has always gone silky smooth. This past Saturday, the gathered crowds chanted “Only in Philly!” as they rode. What’s not to love? Take your commute, subtract the carpool lane, and make it nude!

While some participants took the plunge and mounted their bikes fully undressed, others embraced the event’s “bare as you dare” motto and rode in underwear. According to event organizers, participants’ creativity in ‘attire’—or lack thereof—is one of the best aspects of the ride. This past Saturday featured bikers in plastic horse heads, clown masks, and superhero capes. Organizers offered only one dress guideline: bring a backup set of clothes to avoid awkward bathroom breaks or pit stops in local businesses along the route. Rumor had it the local Shake Shack was terrified the naked Tour de France would stop by for a ’shroom burger. The official event site also assured riders that sitting naked on a bike seat is not as uncomfortable as one might think! In the event of overheating or discomfort, they encouraged wrapping the seat in a t-shirt, bandana or, for the more luxurious derrière, “a swatch of velvet.”

Along with the costumes, participants also featured a variety of body paint, much of it done by LA based body paint artist Matt Deifer, who held a pre-ride paint session. In a bizarre moment of community, people of all ages, genders, and backgrounds stretched out on a tarp in a public park and were splattered with neon paint. One chest read, “this body beat cancer!” Another read, “bare is beautiful.” But by the end of the 10 mile trek, all slogans had melted into a pool of colorful perspirant.