The Corner of the Beach

Bridging a gap in narrative tactics

Watch the following segment for bullshit.

There is a new corner of the beach at the elbow of Cape Cod. 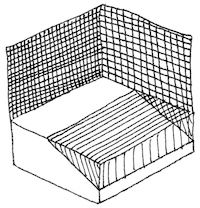 Usually, beaches are long, straight lines. This is easy to remember,because they mirror the straight line of the horizon, which is where the sky and ground meet. Here, the sand stops like a sawed board. The end is “no point,”—instead, a fat clunk. One tide (L) slaps against the other (R) as it processes down a snub. Eventually it finds what it is: the literal end of the road.

Local newspapers sideline this material fable. Assuredly, the corner is an Effect to a grander Cause; a new break in Chatham’s barrier beach. This ecological event (an inevitability, following a landmark 1987 breach) is what is receiving a lion’s share of the press. The corner, and the material of proof, is shored-up.

My personal belief is that the neglect doesn’t bother the corner, which is in the process of rounding itself off. Becoming a pen-tip instead of a table’s crummy edge.

To the editor: this procedural softening is a tasty affect, but less definable and less stomach-sating than the explicit ker-chunk of an outer crust’s rupture in one overnight sublimation.

The breach follows a large and natural momentum but makes something weird and human: a corner, with the many understood significances of silence, hiding, and degrees.

Okay. What did you come up with?

The argument, never explicitly stated, is further masked by the documentarian’s clear-printed bias. Attention uniformly paid to the “soft” knowledge of corner formation and a preoccupation with metaphoric efficacy dissolve into a mythic doctrine (“anarchist-without-a-clause”). The medium is tactical ignorance; or, tonal bullshit.

Bullshitting is a low-tech way to fill the space of the air with material that is true to its own senses. It is quiet propaganda, because it reorganizes “if/thens” for its own sake.

Though this sounds like a black-hat practice, it can be quite aesthetic, even beautiful—the woven complication gives it a padded, admirable, craft.

It creates its own grounding. It anthropomorphizes, it scales and appraises, but it does not capitulate, and it does not wash off. It performs and can do so with grace. It, strictly, does not: “mean.”

Bullshit is a bureaucratic necessity. A false structure in a social system: a knot that, in spite of its fuzziness, operates as one tangle, well-spun, but uniformly confused.

On a trip to collect some sand, silt, and photographs with my friend and research partner Jonah, I climbed over many piles, wishing I could twist my baseball brim around to the back. My head was lacking both content and container, and I felt extremely bare in the peninsular air.

Here’s a question: Is the wave-piece a short story? 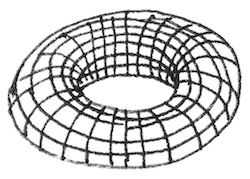 Yes, it seems the arrangement qualifies.

Lots of story-telling is bullshit, tastefully arranged. If faking-it is not outted automatically as a “hiding” gesture, then there are a thousand possibilities to get swept up in. Fictive frailty implodes a generalizing hope, and implicates witnesses in pesky attempts to support or sustain what may be an evil argument.

Formal dislocations, like the flip of effect-and-cause in the water above, or in the poetic induction of totally imaginary crud, are choices meant to create trust in narrative method.

When decisions are faked, faked, faked, there is a build-up of bullshit debris. Have you ever been asked to get one form signed, then the next, then the next? Where do you think they all go? The system supports its particular maintenance (as it must), but sometimes things get out of control.

Back at Chatham Beach, there is a pilgrimage going on. Everyone wants to see the new breach in the sandbank. I had a tough time understanding what a breach might be—it seems that this word is a generality, applied to this specific kind of rip.

Basically, it’s a failure in material.

The Ford Ranger had just made it out there. Something was wrong with the car, which made it shake at low speed. The seats of the car were plated in shifting scales like looking-glasses, which are actually CDs. Gripping the car seat. Slipping into the CDs. CDs not breaking under ass.

Another failure in material.

Weird self-moment of the CDs under ass. The CDs start then stop to turn into a chain mail. Improvisationally pick-up the CD: the CD-reader does a droplet of a read on the metal surface and maxes it out of control. Breaks the CD by reading the CD. The CD mechanics cause you a problem, then charge you $250 to take a look at it.

Fatal misconduct of the pulled-tide…

The water failed its own style-guide,

I introduce two essays, as proof-of-holes, and later sand-bank evidence. 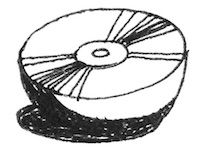 Holding a CD in one’s hand, one would wish that it were 3D. But it looks weighs and smells like total flatness, total to the edge of vision, flat and super-zoomed. What if, the flatness eats itself out. Forward, into idea, that digital insertion is the idea that the smallest segment of the thing might be a large exploded whole of the thing, rather. Rather, that the sample is justly equivalent to whole; that the sample contains all the necessary information to reconvene the Geneva convention of the many-numbers in the parts of a few. Meditating on the fearful CD, the thing feels so two-dimensional that it would burn a hole through the palm-pilot and sink down into the realm of flatness, another word about deadly, that which is unspecific predisposed and skinny-planar. Hell is about the Lowest Common Denominator. The CD, would wish it were 3D, notes on the reflectivities, so squandered on this disc, oughta-be like a sphere to me and levitate skillful like Jem, like Brass Skyy, Maus. 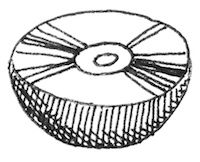 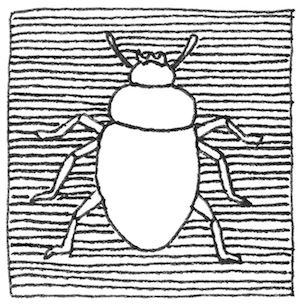 Digital music is all like a bunch of buggy levers like on the stomach of a six leg bug. It goes creak crick creak as it balances itself There and Back Again. Pull the lever and the bug goes crick crick crick. That’s why headphones put wires into our bodies, to turn them into antennas, and it’s part of a global conspiracy to turn humans into bugs. I don’t have many science fiction story ideas, but I’ve had two in the last week. One was that the sun won’t rise again. I think this has been done before but not in the way I want to do it. The other was that one traffic light in America stops working and it causes at first fairly minute problems but because of the basic human character of the first person affected by this shift, the effect exacerbates the universe and causes extreme global panic. These ideas are, as you can see, oval mirrors of each other. That’s why the entire two-part story is called the oval mirror story and why it is macroeconomic, but microergonomic as a library (seeing as it only takes up two books on the shelf).

Where choices don’t make special sense. For instance, I quote

B. relationally to me, not in terms of logic, but in terms of space; mixing of different temperatures of water is irreversible.

I had a friend once who purchased a GAP baseball hat. It was a branded hat, with the logo of the GAP across the top.

Manipulation of decisions is -editorial lies,

One weirdness or inaccuracy would form an outlined experience. It’s a failure in normal activity. In this one odd failure, taking a bath in un-normal, and this bullshit pond allows you to support other positions.

My impulse to position Chris as savior is kind of krypto-internalized patriarchism. I ignore my impulse to be true to my OWN self, allow my own Rogue element, and instead begin to submit to the narrative of explaining-logic. This is why the swallowing of Bullshit is sinister,

It can be just a material, instead.

At the root of it, it’s a fear of not knowing.

Mangle the water together. It would then, disappoint itself. Right after a collision, there is a time during which everything is unsure. Manipulation of this point (pushing one pixel up, one pixel down, in blue or magentas) is a tactical art—re-twisting the general impulse for nonfixity into a series of BULLSHIT FACTS.

These are popcorn attacks on a long-term congealing meaning. Quarks!

The new corner: the beach-forms haven’t rusted yet. Parallel puddlings of wave-splat echo the swell.

The science of bull-shit is this, an unfixable sandbank push-around.