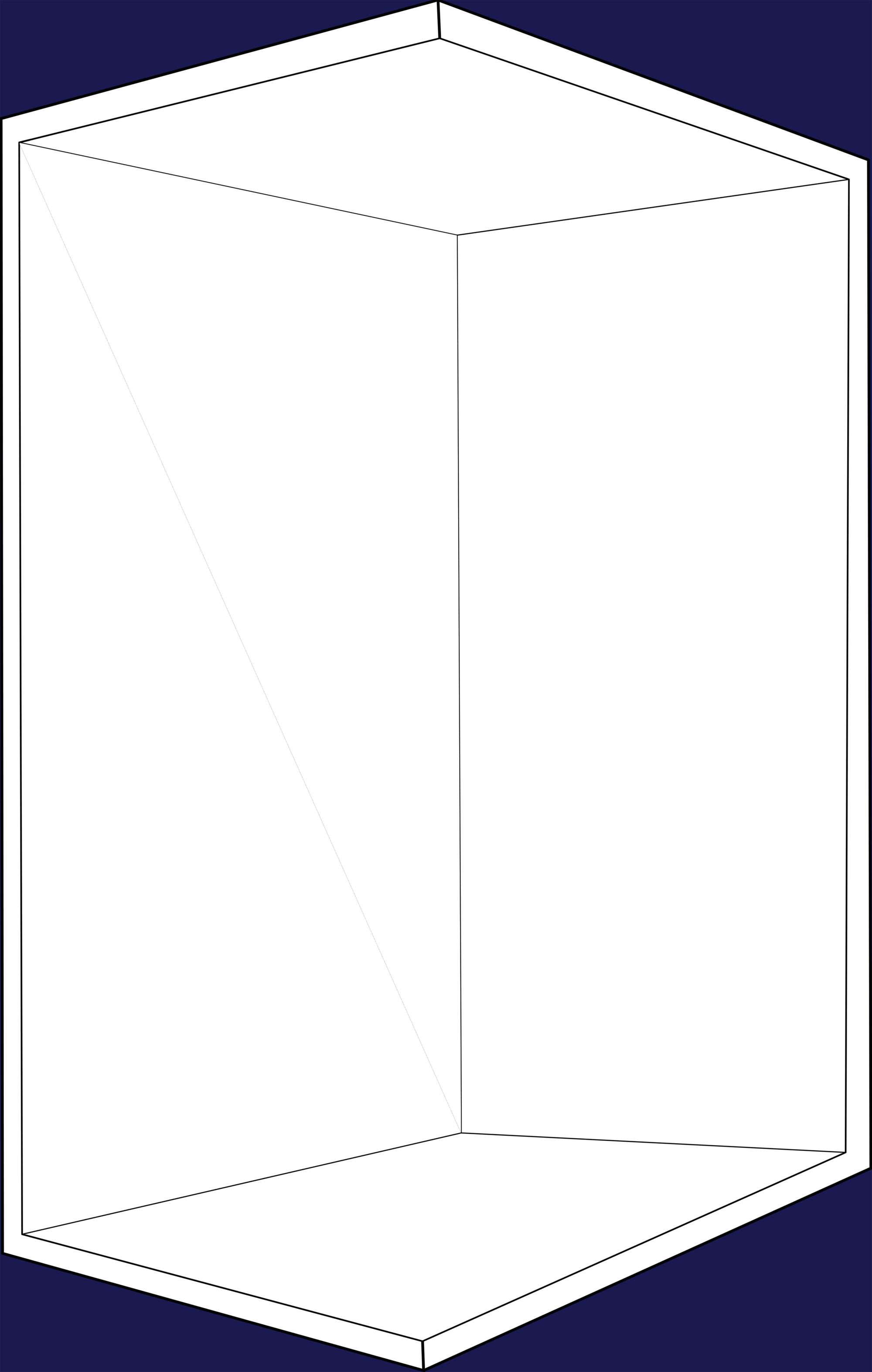 On a gray and rainy Tuesday, I decided to make the pilgrimage from my home in Brooklyn to the Whitney Museum of American Art’s new riverside location for its 2017 Biennial, which opened on March 16. Through social media I had tracked the controversy surrounding a painting called Open Casket, in this particular biennial, and wanted to experience the painting within its context. I arrived at the large modern glass building, a flashy extension of the Manhattan Highline. My first thought concerned the wealth that was contained within the hard, cubicle-like white walls of the museum. Without stepping inside the edifice, I had a sense of what I’d encounter, just from looking at its façade. To no surprise, the crowd was composed of mostly well-dressed white patrons. This is not to say that there were no other people of color visiting — there were indeed a handful wandering the space who stood out amongst a sea of white.

In How Racism Takes Place, a book by Black studies scholar George Lipsitz, he writes that the conception of white spaces “does not emerge simply or directly from the embodied indemnities of people who are white. It is inscribed in the physical contours of the places where we live, work, and play, and it is bolstered by financial rewards for whiteness.” While no sign hangs on the door when you walk into a museum like the Whitney that says ‘no coloreds,’ it is figuratively hung on the walls; where lack of representation in art takes the place of old signs of segregation. Class dynamics, too, add to the problem—unlike other museums in New York, the Whitney charges fixed prices which are rather high, with adult tickets selling for $22, students and senior tickets for $18, narrowing access to the museum’s space.

Upon arriving at the Whitney, I took the elevator up to the 5th floor and made my way to a painting in the back: Dana Schutz’s Open Casket, depicting Emmett Till’s brutalized dead body in a casket, with a white flower resting on his stomach. The painting recalls the severe and abstract style of painter Francis Bacon. Schutz is white, and this is where the controversy begins.

It’s necessary to know the story of Emmett Till before talking about a painting of his body. Emmett Till was not a Southern boy. He was born in Chicago, Illinois in 1941 to mother Mamie Till. He arrived August 21, 1955 in Money, Mississippi, in the Deep South, where he was going to stay with family. On August 24, he and some of his cousins went to a local store for some refreshments. The store was owned by a white couple, Roy and Carolyn Bryant. Emmett went into the store to buy a pack of bubble gum, while the other boys waited out front. Emmett’s 17-year-old cousin Wheeler Parker told Jet, “Somebody said there was ‘a pretty lady’ in the store and Bobo [Emmett Till] said he was going inside to buy some bubble gum. After a while, we went in and got Bobo but he stopped in the doorway and whistled at the lady.”  In a recent interview with Professor Timothy B. Tyson of Duke University, Bryant revealed that she had lied about Emmett Till’s whistle. The truth, however, came out decades too late.

At 2AM on August 28, seven days after Emmett had arrived in Money, the vigilantes came. Emmett and his family were asleep when Roy Bryant and his half-brother J.W. Milam broke in and kidnapped Emmett Till from the Wright house. What happened next was truly horrific. The two men, Milam and Bryant, took a still-sleepy Emmett to the bank of Tallahatchie River, where they shot him behind his left ear. For the two white men, this fatal gunshot wound was not sufficient punishment for a child who whistled at a white woman. The two men closed a large metal fan around Emmett’s neck, fastened tight with barbed wire. The fan they used was made for ginning cotton. They threw his unconscious body into the dark water.

On September 2, Mamie Till demanded an open casket for her son’s funeral. She invited the press, because she wanted America to see how racism and white supremacy had grossly deformed her son. From this bold act she had hoped for change.

The Whitney is no stranger to controversies. In 2014, writers and educators Eunsong Kim and Maya Isabella Mackrandilal co-authored a piece for the New Inquiry in which they critiqued the Biennial’s half-hearted attempts to make the space inclusive. They wrote, “The insertion of people of color into white space doesn’t make it less colonial or more radical—that’s the rhetoric of imperialistic multiculturalism, a bullshit passé theory. What’s more, the 2014 Whitney Biennial didn’t even bother to insert more people of color.” That year, 32 percent of the artists were women and 7.6 percent were people of color. Responding to this criticism, the arts collective HOWDOYOUSAYYAMINAFRICAN? withdrew from the Biennial. Since then, the Biennial administrators have made a concerted effort to be more inclusive, but continue to draw accusations of tokenism and pandering to broader audiences.

As I looked at Open Casket, a couple behind me discussed the price of putting paint to its canvas. Here was a white couple discussing the cost of a Black boy’s dead, deformed body. Here were white people commodifying Black suffering—a lynching recurring all over again within the white walls of the Whitney.

London-based Black artist Hannah Black called for the work to be removed, generating angry letters and a firestorm of responses on social media. In her open letter to the Biennial’s curators,Christopher Y. Lew and Mia Locks, Black said, “I am writing to ask you to remove Dana Schutz’s painting Open Casket and with the urgent recommendation that the painting be destroyed and not entered into any market or museum…Although Schutz’s intention may be to present white shame, this shame is not correctly represented as a painting of a dead Black boy by a white artist—those non-Black artists who sincerely wish to highlight the shameful nature of white violence should first of all stop treating Black pain as raw material…The painting must go.”

The open letter, initially shared on Facebook, included the signatures of a number of artists. Responses were divided. Lew and Locks said in a statement, “By exhibiting the painting we wanted to acknowledge the importance of this extremely consequential and solemn image in American and African-American history and the history of race relations in this country.” Many artists of color supported Black’s stance, while a handful of others were more wary. Artist-activist Coco Fusco wrote in Hyperallergic, “I find it alarming and entirely wrongheaded to call for the censorship and destruction of an artwork, no matter what its content is or who made it.” On her Instagram feed, the celebrated African American artist Kara Walker said, “The history of painting is full of graphic violence and narratives that don’t necessarily belong to the artist’s own life... a lot of art often lasts longer than the controversies that greet it. I say this as a shout to every artist and artwork that gives rise to vocal outrage. Perhaps it too gives rise to deeper inquiries and better art. It can only do this when it is seen.”

Upon seeing the painting myself, it was hard for me to separate the controversy from the work. Before I arrived at the Whitney that day, I knew that I was going to see a depiction of the Black body in art that would challenge me. The painting itself did not align with my own artistic sensibilities. I found it to be derivative and not a huge departure from Schutz’s other work. Nevertheless, the painting’s subject matter made it worthy of further consideration. I had a strong visceral response to the painting. Was it the conversation swirling around the painting, the presence of a painting of a Black man by a white artist in a white space, or was it the disturbing imagery? I decided that it was irreducibly all three.

If part of the artist’s intent had been to bring about these questions, would the controversy around the paintings be different?  In an interview in Artnet Schutz states, “I don’t know what it is like to be Black in America. But I do know what it is like to be a mother. Emmett was Mamie Till’s only son. I thought about the possibility of painting it only after listening to interviews with her. … I made this painting to engage with the loss.” Schutz, by avoiding the racial dimensions of Emmett Till’s death, ignores and devalues Mamie Till’s demands to keep talking about racism and America’s legacy of white-on-Black violence.

Open Casket was painted under the assumption that we live in a post-racial America, in which Schutz can create a work of art about lynching without acknowledging the legacy of white appropriation of the Black voice. She created the work specifically for the Whitney’s audience, and that spectacle is part of the presentation. Schutz’s quoted in Artnet as saying, “I made this painting in August of 2016 after a summer that felt like a state of emergency ... The photograph of Emmett Till felt analogous to the time: what was hidden was now revealed.” In doing so, she unwittingly opened up a conversation about the way in which the violated Black body has been put on display for public consumption. Ironically, she became guilty of perpetrating the very horror of the events she was critiquing.

I believe the destruction of art can awaken some of our more fascistic impulses. We only need look back to the war conservative politicians waged against the National Endowment for the Arts during the ’80s and ’90s. Black artists such as Dread Scott became targets of white conservative ire for their confrontational work. Institutions that supported free expression of artists came under siege for work that challenged the status quo. If anything, Open Casket has continued to fuel our conversations around inclusion and censorship, forcing mainstream institutions like the Whitney to respond to the growing demands of multiculturalism in America. Until artists of color have equal access to reflect their realities, the story of America will continue to be told through the white gaze and, as a result, fragmented and incomplete—merely a pure abstraction.

RUBY AIYO GERBER B’20 asks you to think about the spaces you occupy.