Week in Our Art Has Failed Us 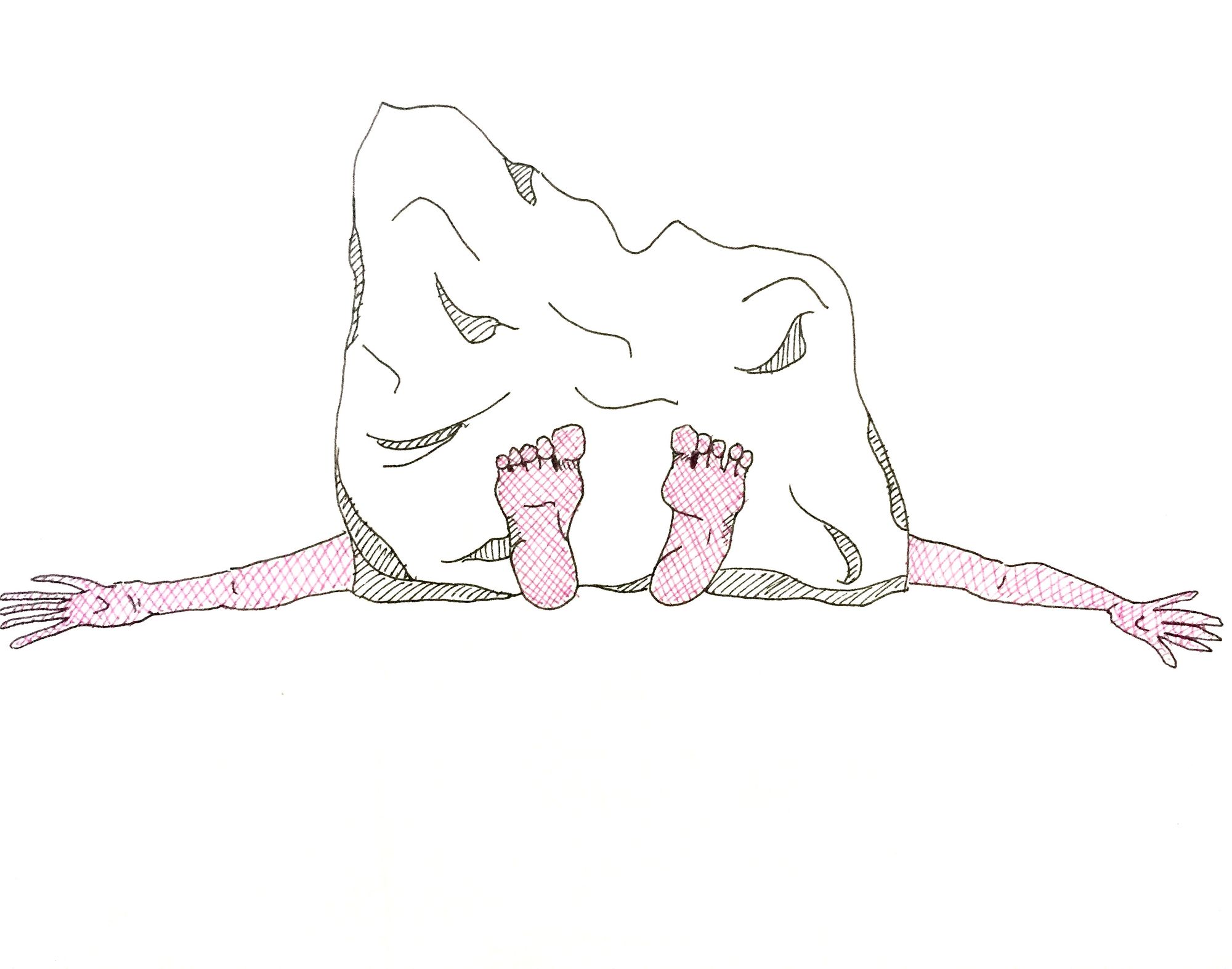 Last week, French performance artist Abraham Poincheval took up residence inside a rock for seven days at Paris’ Palais de Tokyo museum. In order to contextualize Poincheval’s art in the broader context of rock-living, we turn to the beloved echinoderm Patrick Star, who dubbed a brown boulder his home for over 18 years.

Poincheval is a slim, stogie-smoking Frenchman who enjoys stew and spending dangerously long amounts of time in incredibly cramped places. Star is a flubberous, flushed sea starfish who prefers Krusty Combos to stew, but like Poincheval finds peace and serenity inside mineral aggregates.

After emerging from the rock, Poincheval told Agence France-Press that, inside the rock, he “didn’t feel oppressed at all, but very well-connected to the rock.” Poincheval’s rock had air holes for him to breath and a small cubby to hold a supply of water, stew, and dried meat. Cables were inserted to monitor Poincheval’s heart and serve as an emergency video feed. Poincheval chiseled a small capsule below his rear to defecate.

Star lives a life of luxury in comparison. His house flaunts a TV, two green chairs, and a lamp. Star is also known to lift and carry the entire rock dwelling when he dreams. In the episode “Home Sweet Pineapple,” when Star dreams spiders are attacking him, he picks up his rock and bashes SpongeBob repeatedly with it. Poincheval’s humble abode was a 10-ton stone and there is no indication that he ever tried to lift it. Star’s house was a small pet rock that grew into a large, spacious one. Poincheval’s rock is a limestone boulder and has showed no signs of growing.

Both share strong connections to their hideouts and have whispered sweet nothings into its porous frame. “I thank it very much for having been so enthusiastic about welcoming me,” Poincheval told National Public Radio. Describing his time in the rock, Poincheval said, “it’s this sensation—you have to be in a fluid state, a kind of particle in the middle of this mineral world, that’s rather strange and rather meteoric.” Star, who has called the rock his home for much longer than Poincheval, expressed a similar disposition in his song “Under My Rock.” “It’s cold and hard and kinda grey, but it’s the only place I’ll ever stay,” Star crooned. Poincheval’s goal was to travel “through geological time,” and become the “beating heart of the rock.” This view, on the other hand, didn’t resonate with Star as profoundly.

For his next performance, the fearless fellow plans to squat inside a glass encasement and incubate chicken eggs with his body heat until they hatch. The Guardian reported that the endeavor is planned to take 23 days over which Poincheval will consume solely rich ginger in hopes of maintaining a body temperature of 37 degrees Celsius. 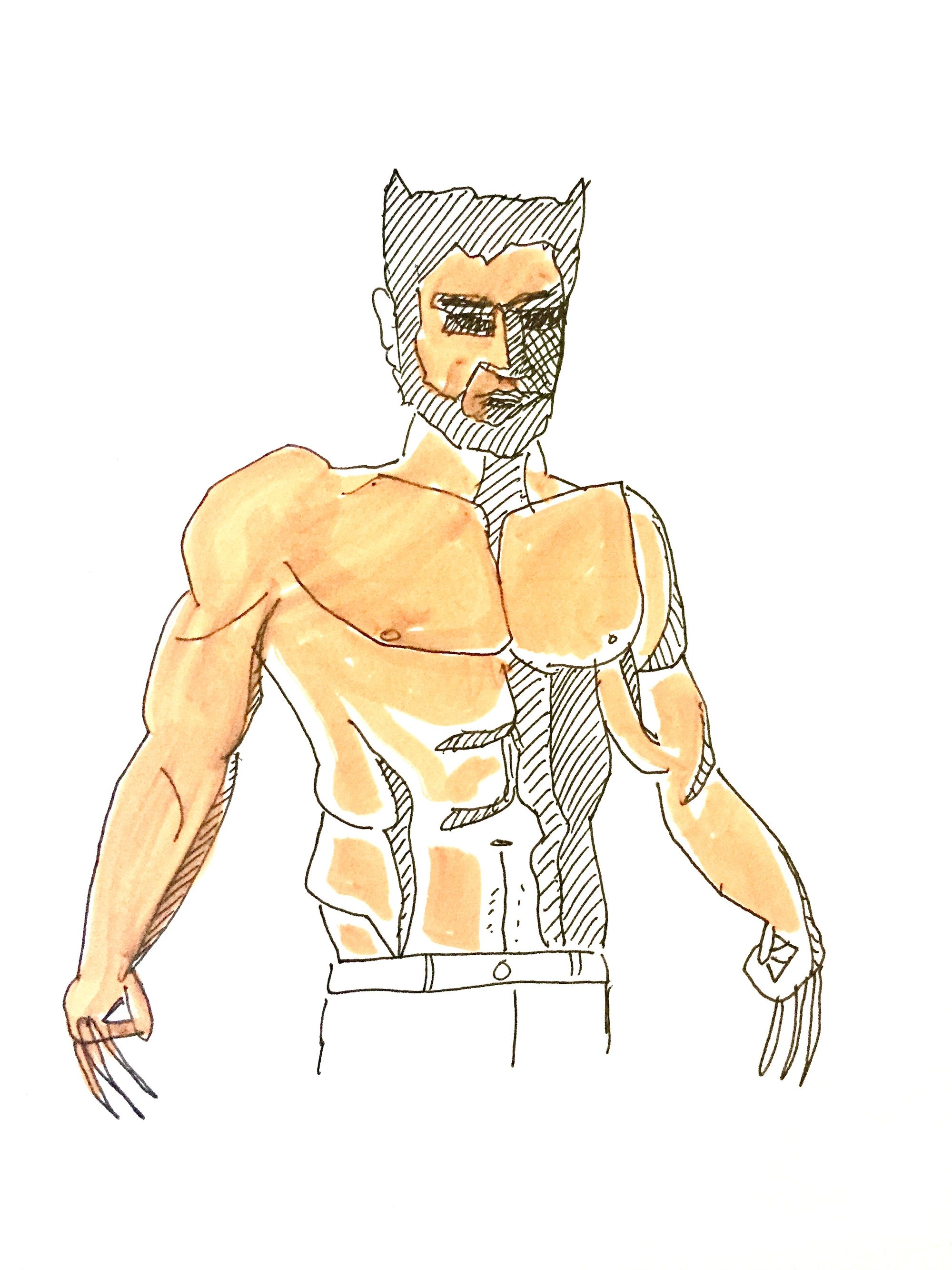 I JUST WANTED TO GET STONED AND WATCH X-MEN

(Note: this was going to be “Week in Capitalism is Weird,” but let’s be honest, what isn’t a week without capitalism being weird? Anyway, that didn’t happen.)

With midterms in full swing, what could be better than indulging in a late-night procrastination bout in the form of a big-screen thriller? Perhaps this collective desire to stave off real work manifesting all across the nation is why Logan just became the highest grossing Wolverine movie ever: domestically it’s made $180 million in two weeks (or about $550,000 an hour, if you’re into comparing salaries.) Movies make money all the time—so what?

A quick detour to remember that capitalism, to keep us satisfied, pretends to offer salvation by taking the critiques levelled at it and offering itself up as a solution. There are plenty of problems and dilemmas to be critiqued in the current moment: rampant inequality; an international refugee crises; supralegal corporations destroying nature via climate change and fracking; or simply the deep, unlocalizable anxiety resulting from economic and cultural shifts that leave us without a sense of who we are. So, the capitalist system must do some recuperating, because it can’t allow for a real revolution. Someone has to point out the things we all know are wrong with the world, give us a pretty (but hollow) solution, and sell that back to us. What is infinitely reproducible, easy to distribute, and can be tied to other commodities (sequels, action figures, $9.75 popcorn)? The action-packed, CGI, superhero movie!

Enter Logan. Also, enter hardcore spoiler alert. What should have been a cut-and-dried, Wolverine fueled blood-bath of Adamantium claws, car chases and explosions (maybe with a little romance, some drinking, a life lesson) instead tried to address every problem mentioned above. Inequality appears as poor farmers facing mega-farms (in 2029?). Wolverine’s petri-dish daughter, Laura (with admittedly really sick spikes on her toes) is a Mexican refugee fleeing the evil corporation that created her, as well as dozens of other future-soldier, “GMO-Mutants.” Because if it wasn’t wildly apparent that this is a nature/science battle, the movie makes it perfectly explicit: that poor farmer? He grows organic corn. The mega-farm? They do GMO.

Dad-Wolverine and Daughter-Wolverine enjoy their quintessentially American, blood-filled road trip and arrive at the Canadian border only to be found by the Evil Multinational. In a wild plot twist, the super-heroes kill all the evil people and wander back to nature where they feel most at home. But Wolverine, to save his daughter, does what Wolverine never, ever does—he uses a gun. Proving, yet again, that the only way to beat ‘the system’ is to give up any of your moral or ethical commitments and become as evil as what you are trying to fight. The film ends with a touching moment (in the focus groups kind of way) in which Laura rotates Logan’s gravesite cross (it seems not even Hugh Jackman wants to make another X-Men movie) and turns it into an ‘X,’ framing the path that the young mutants take, into the woods and 40 more years of X-Men films. (12-year old mutants have a high return on investment). There’s an Oedipal drama in there somewhere, too—just for good measure.

It seems to have worked! Logan, on top of a boatload of money, has a 92 percent rating on Rotten Tomatoes. Art, the great challenge to “the system,” the realm of big ideas, the land of revolutionary potential, has failed us and the critics love it. Congratulations, capitalism—you won this round!