by by David Adler & Rick Salamé 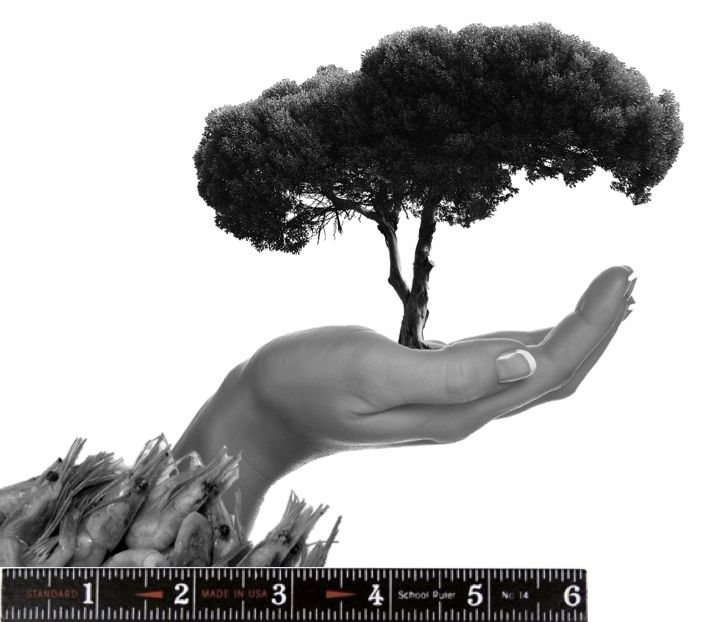 And across the pond, 5,000 miles away, Prince’s Park. A soft hamlet of grass, three handsome trees—Faith, Hope, Chairty—and a small bench parked in the middle of the street in Burntwood, Staffordshire, England, surrounded on all sides by a three-foot fence.

These are the battlefields of today’s Parks-and-Rec war, vying for the coveted position of World’s Smallest Park.

I want to emphasize here, before the ugly semantics, that this is no trivial matter. The stakes are high: The Guinness Book of World Records, for many 10-year-old boys and girls
in elementary school libraries across the nation, is a sacred text. Longest Finger Nails, Longest Bout of Hiccups, Longest Bridal Train—these are figures etched into the collective memory of the tiny.

“It is a city park. It’s maintained, watered and weeded, planted just like any other city park,” a spokesman of Portland Parks and Recreation said. Plus, “this park has a legacy and a history that goes back from the 1940s until today.”

And it’s true: back in 1946, Dick Fagan returned from war to take up his post at The Oregon Journal. From his window, he saw a small hole in the street intended for a light post and took it upon himself to collect some soil and plant some flowers. From then on, Fagan featured the little park regularly in his column, with tales of forests and leprechauns.

Just as much as Mills End is a tribute to those American values of industriousness and entrepreneurialism, Prince’s Park is to Britain’s stale monarchy—the sign reads: “Dating from 1863, the park was created to commemorate the marriage of Albert Edward, Prince of Wales.”

So, like most things, it has come down to that USA v. GBR eternal struggle. On this, Portland Parks and Recreation was quite clear: “We Americans have a pretty good track record when it comes to taking on the Brits. Perhaps they’re still smarting over that whole American Revolution thing,” Ross announced, high-fiving reporters with the one hand, chugging beer with the another, and giving a figurative middle finger with the third.—DA

They are the small, and they are tasty. They are the delight of 1950s dinner parties and the prized snack of your sauce-smeared fourteen-year-old cousin. They are shrimp. And for shrimp, ladies and germs, it’s been a rough year.

Boats in the Gulf of Maine caught 660,000 pounds of shrimp during the 2013 season, which ended on April 12. By the Independent’s calculation, that’s nearly forty million of the tender sea-bites.

But it’s not enough. Not nearly enough.

Six hundred and sixty thousand pounds might sound like a lot. But this year’s harvest was only a fraction of previous hauls. In 2012, boats took in over five million pounds of the cocktail crustaceans. In fact, the 2013 shrimp catch was the smallest since 1978, when my great-uncle ate too many at his retirement party.

Ay—the shrimp are bountiful. It’s the Man who’s curbing the catch. More specifically: the shrimp stock in the Gulf of Maine has been repeatedly overfished in the past few years, and the Atlantic States Fisheries Commission set a limit on the 2013 harvest in an attempt to curtail the damage. So although the shrimp are teeming, they need a chance to teem some more. With the extra time to mate ‘n’ rejuvenate, it’s hoped that the critters—which are probably more important to the North Atlantic aquatic ecosystem than they are to your next catered event—will return to healthy population levels, so that they can be plundered with gusto agane.

In the meantime, buy Maine shrimp while you can. Harbor Fish, a Portland, ME distributor, sold out its entire stock in three hours back in January. And stay close—the shrimp are highly perishable, so they taste best in New England.

If you have to settle, you can always pick up imported tiger prawns at the supermarket. Remember: the fruits of aquaculture are varied.—SPE

Ring the Bells Out (Briefly)

Democracy is just like dating—it’s the little things that count. Sometimes the best way to express yourself is to give her a tacky greeting card, or rub his feet, or push “DingDong! The Witch is Dead” to the top of the UK pop charts in celebration of her death.

A Facebook group bluntly titled “Make ‘Ding dong the witch is dead’ number 1 the week Thatcher dies” launched on April 8, the very day Margaret Thatcher jumped the mortal coil. Clearly sights were set a little lower than the complete undoing of the former Prime Minister’s conservative revolution, but perhaps a well-placed stunt is as good a way as any to express disapproval of her legacy of privatizing industries and deregulating the financial sector. As if on cue to vali-
date our human love of symbolic action, the international news media latched onto the story of the internet campaign and gave it coverage totally out of proportion to its 11,000 Facebook supporters. Unfortunately for believers in the power of online activism, the plan didn’t pan out. On April 14, the Official Charts Company published the tally: 52,605 copies of the 1939 throwback were purchased, making it the second most purchased song of the week.

As the BBC’s Sunday night top-40 radio show approached—a day of independence for all the Munchkins and their descendants—conservative Members of Parliament and free speech advocates argued over whether or not the BBC should run the 51-second song. BBC Director General Lord Tony Hall, balancing his love of the “important principle” of free speech against his opinion that the gesture was “distasteful,” delegated responsibility to a subordinate who decided to only air a five-second clip of the song, according to British newspaper, The Independent. Yes, let the joyous news be spread, a lasting victory for free speech over individual tastes!

The tiny clip, which was aired on Sunday as promised, was embedded in a special news feature that explained the political context for the song’s chart placement. Listeners were reminded—in case they missed it—that Thatcher “strongly divided political and public opinion,” a not-so-subtle way of acknowledging that, for some, the lady from North London was no Good Witch of the North. But above the politicking and equivocation, the short refrain was heard in all its national broadcast glory and thousands of anti-Thatcherites savored the moment. Ding dong, the wicked witch is dead. It was a very small victory for them, but, like a mini-cupcake, it was still sweet.—RS