The Limits of Probation

Alternatives to jail time in an age of mass incarceration 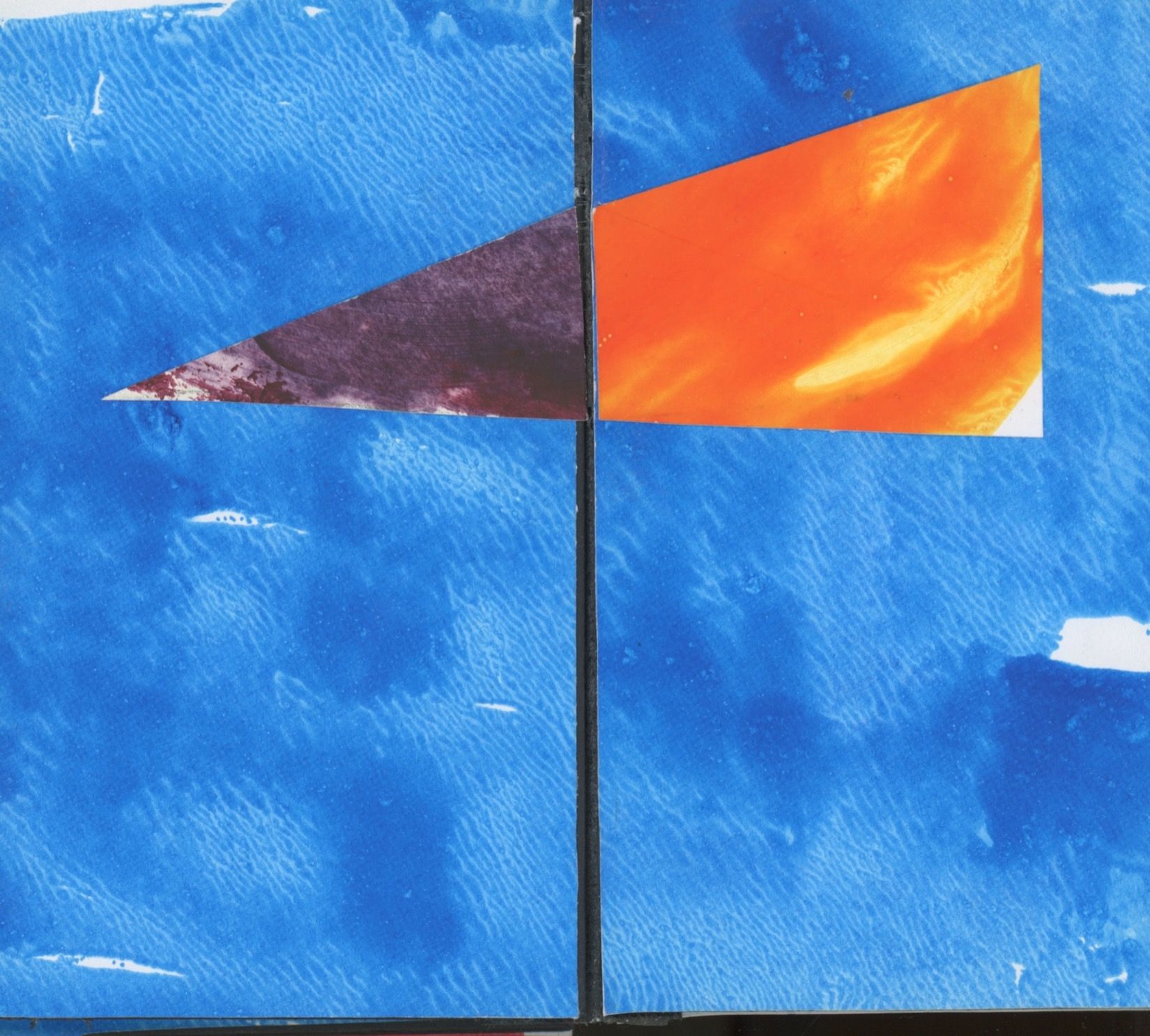 Rhode Island has 23,000 people on probation. That is 2,793 people per 100,000 residents, the second highest probation rate in the nation. This is in part due to the length of Rhode Island’s average probation sentence, which is 6 years, three times the national average, according to statistics from the Bureau of Justice. In 2015, Rhode Island’s Council of State Governments (CSG) Justice Center found that the state’s average length of a probation term for property and drug-related felony offenses was 4.5 years, compared to a national average of 2 years.

In Rhode Island, 1 in 20 adult males and 1 in 6 Black adult males are on probation. According to a study by the Formerly Incarcerated and Convicted People’s Movement, Rhode Island has put over $137 million in Providence towards arresting and incarcerating its residents, most of which is directed at people of color; Providence’s West End, home to a large Latinx community, has the highest level of incarceration in Rhode Island, and the state’s Department of Corrections spends $19,340,000 a year policing the neighborhood. Although probation and incarceration seem like discrete elements in Rhode Island’s criminal justice system, probation’s supposed rehabilitative function is made difficult to carry out, and therefore increases the likelihood that people on probation will end up back in jail or prison.

Rhode Island’s high probation rate, coupled with underfunding, means that those on probation are not afforded the resources needed to prevent recidivism. This is in part due to probation officers’ large caseloads, which are above the national average and impair their capacity to provide meaningful services. The CSG Justice Center found that while 87 percent of Rhode Island’s sentenced population is on probation, less than 40 percent receive active intervention from Rhode Island’s Probation Department. While some have argued Rhode Island is more progressive because it utilizes probation more than incarceration, the former largely contributes to the latter. In fiscal year 2015, over half of those sentenced to incarceration were people who had violated their probation.

In July 2015, Governor Raimondo formed a bipartisan group called the Justice Reinvestment Working Group, a combined task force of state policymakers, members of the judiciary branch, correctional officers, prosecutors and defense attorneys, behavioral health administrators, and community advocates. The group hoped to create legislation that would address issues of outdated probation policies and ineffective practices in hopes of decreasing recidivism and officer caseloads. The six reform bills, proposed at the end of the congressional session, incorporated plans to modernize probation by reducing the average length of incarceration for probation violations, creating varying tiers of intervention based on a person’s risk and needs, funding more transitional programs, and incentivizing behavioral health care providers to ensure access to treatment for high-needs individuals. The CSG Justice Center predicted that the legislation would reduce the active probation population in Rhode Island by 46 percent and halve active caseloads per probation officer from an average of 155 to 76 cases.

The legislation, originally proposed in 2015, promised forward motion after years of stagnancy in Rhode Island’s approach to dealing with the problem of incarceration. In spring 2016, the Senate overwhelmingly approved the package, but the bills died on June 18 after the House failed to act on them before the end of the session. House Speaker Nicholas A. Mattiello (D), who controls which bills are discussed on the floor, wasn’t convinced the legislation was thoroughly researched. He told the Providence Journal that the justice reform package was “never a priority for the House,” and that he opposed making Rhode Island “a test case for a national model on criminal justice.”

To people like Judge Judith Savage, who co-chaired the Justice Reinvestment Working group and worked on the bills for over a year, the death of the legislation demonstrated the disheartening opposition to reform of any kind. “It is so important this legislation be passed because of the significance it would have on communities who have bore the burden of incarceration, probation, and re-entry,” Savage told the Independent. “No one can defend our recidivism rate. It is clear that whatever we are doing is not working, so focusing on making those convicted more successful and productive is what the whole process should be about, and this legislation had the potential to make some huge strides in that.”

Despite the bill’s defeat, on June 23 the Rhode Island Supreme Court ruled on new regulations that riffed off the legislation’s original goals. The new regulations capped the length of nonviolent offenses at three years, provided a way for those who have served three years to petition the court to have their sentence ended, and raised the state’s burden of proof for re-sentencing people who violated their probation terms. Most reformers, like Savage, are hopeful about the changes, but tinkering with a machine that never operated properly may not be a solution at all.

The grounds of the Rhode Island Department of Corrections is organized into four major domains: the Office of the Director, Administration, Institutions and Operations, and Rehabilitative Services. The sheer size of the grounds makes one reflect on the many elements responsible for making someone a probationer: officers, discharge planners, administrators, computer systems, paperwork, files, restitution fees, no-contact agreements. There is a sense of stagnancy on the grounds, something the Probation Department is, in some ways, trying to push back against. Idling quietly off Route 37, the complex is designed to restrict, separate, control, and oppress. Quiet is a good thing here; the grounds were built to subdue the noise of havoc, of crime. The grated windows, large metal locks on doors, and tall chain-link fences are physical representations of its determination to contain.

The Probation Department itself is, despite its banal appearance, a lively place. People wander in and out all day. Big decisions are being made on the first floor in the Risk Assessment Unit where protocol has been constantly evolving since the Supreme Court ruled to allow probationers who have served three or more years to petition for an end to their sentence.

Probation officer Beatriz DiRissio has worked out of an office on the second floor for eight years now. DiRissio, in charge of the domestic violence caseloads, is currently assigned 110 people. Rhode Island probation officers on average handle 155 cases at a time, though DiRissio thinks a manageable number would be 60.

DiRissio conducts check-ins, referred to formally as reports, with probationers throughout the week. She tries to see people who have recently been discharged from the Adult Correctional Institute (ACI) every two weeks. If they are homeless, she’ll meet with them weekly. If they have an income, a stable home life, and have started their mandated treatment, she will see them once a month. “You have to be flexible. Most of my cases are struggling to find jobs, support their families, and overcome personal obstacles,” DiRissio told the Independent in her Cranston office last November.

These check-ins involve assessing people’s risks and needs in order to ensure high-risk individuals receive higher levels of supervision. DiRissio classifies her caseload according to how violent each case is and the person’s number of prior offences. For every domestic violence case, the court mandates the Batterers’ Intervention Program (BIP), a five-month program comprised of 20 two-hour classes that teach people how to identify abusive behavior, react to situations in a non-abusive manner, and communicate with their partner. There are currently only five treatment providers in the state that offer the court-mandated BIP. The waitlist for this program is long. Additionally, the program is not funded by the state and requires participants to pay for their own treatment at each session, placing a large financial burden on the participant. While the program works to address domestic violence, it is not a replacement for substance abuse treatments or mental health services, yet Rhode Island courts often mandated it without either.

DiRissio stresses that it is difficult to mandate programs designed to prevent recidivism that haven’t been sanctioned by the court. Even if DiRissio manages to pass a motion that authorizes treatment for drug or alcohol abuse, the majority of probationers don’t have health insurance, are unemployed, and thus have no manageable way to afford the treatment without it becoming a daunting financial burden. DiRissio explains that the job demands a certain amount of subservience—the acknowledgement that your ability to help is limited by the uncompromising structure of incarceration.

Due to the limited funding provided to preventive and skills-based resources for those in the probation system, officers become their guidance counselors, cheerleaders, law enforcers, and therapists. An officer’s first aim is to ensure their clients follow the terms of the probation sentence. This involves completing mandated treatments and attending regular report meetings. The officer’s second aim is to work with their clients to prevent recidivism. However, there are no guidelines for how to accomplish this. In a system with scant resources, overflowing caseloads, and limited time, prevention proves hard. The completion of court orders alone is often not enough to achieve true rehabilitation and make it so that probationers aren’t reincarcerated.

Especially with people on her caseload who lived under threat of homelessness, DiRissio made every effort to set them up with housing and employment, but a few years later the same people would end up back in her chair. “I would constantly check the arrest list and see names of the same guys I thought I had helped,” she explains. She has come to realize that there is a cyclical nature to the probation system, and it is hard not to take it as a personal failure. “I wish I could say it only happened once and awhile, but I’m afraid it’s more than I’d like to admit.”

With thousands targeted by the system itself, and hundreds battling to work effectively inside it, Rhode Island’s probation department is struggling to carry out the preventative and rehabilitative work it was built to do. Many activist groups in Rhode Island have organized to protest and respond to the Department’s shortcomings. These groups focus their efforts not on reforming the structure, but aiding those inside it, shouldering much of the work the system is unable to.

Direct Action for Rights and Equality (DARE) is one such Providence-based group that organizes families in communities of color to work toward social, economic, and political justice. Their “Behind the Walls” campaign unites incarcerated people with their family, friends, and a network of former inmates to ease re-entry and reduce recidivism. The program builds strength and solidarity among people affected by the Prison Industrial Complex and elevates their voices and stories. It does so by directly involving those formerly incarcerated in the process of identifying and addressing systemic problems. DARE articulated a four-point probation reform platform that included elements like limiting sentencing on violations to the time remaining on probation, and extending Good Time to those on probation. State legislators would do well to heed the advice of activists at organizations like DARE. They know their communities best.

EVE ZELICKSON B’19 encourages you to donate to Black and Pink and DARE.