Week in WTF is Happening in the UK? 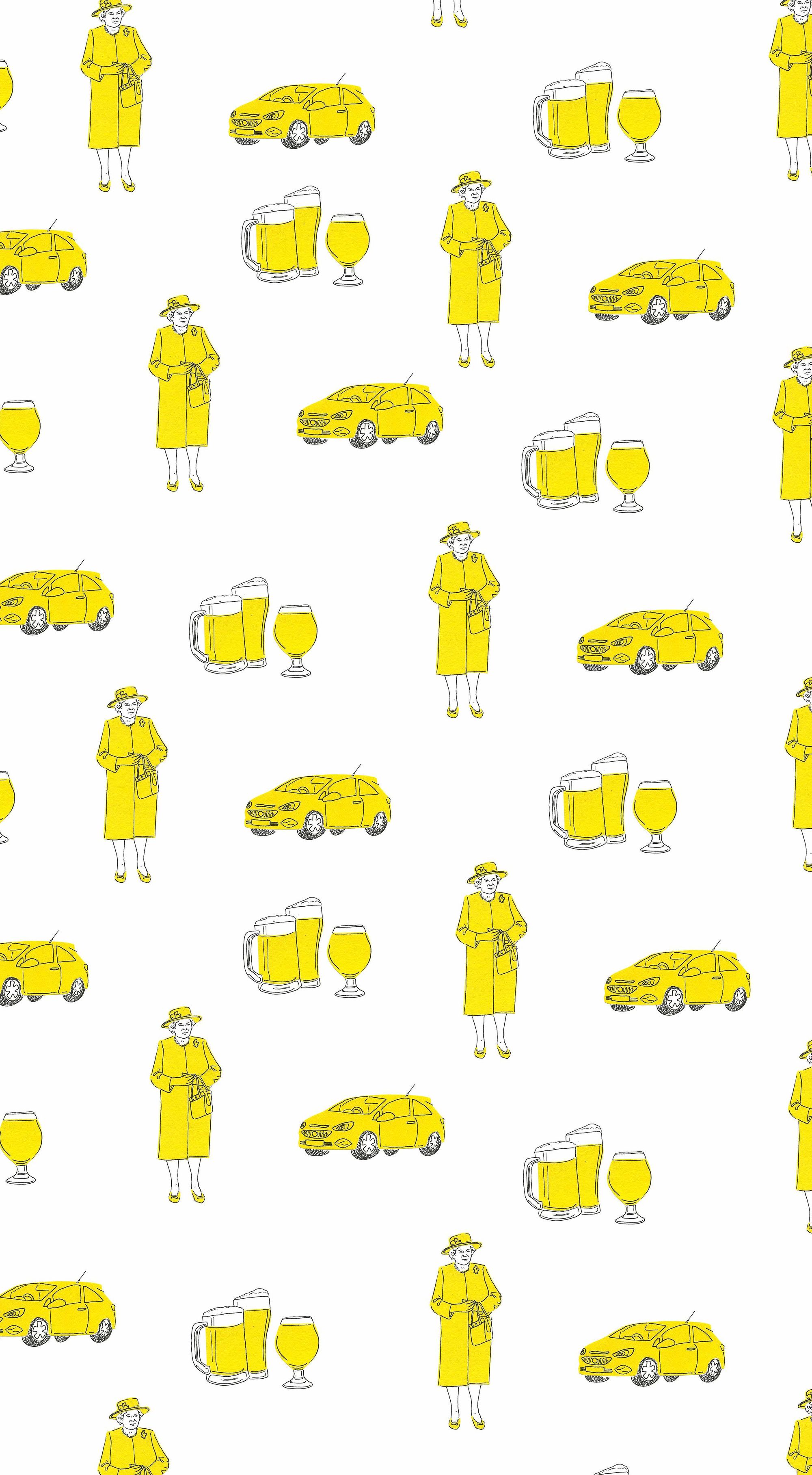 “The Pub is Closed, Long Live the Pub!”

Ever since the British have had hops, hot and smelly pubs have been a staple of the United Kingdom’s national culture. But in recent years, due to the rising price of alcohol, bans on indoor smoking, and the bloody EU, they’ve seen a steady decline. According to the Guardian, there were only 52,750 UK pubs by the end of 2015, down from 69,000 in 1980. In 2009 pubs were closing at a catastrophic 45 a week. The rate of decline has since slowed to 21, but the decline continues all to pot.

Even Brexit can’t save the pubs. Much to the chagrin of Brexiteers, for whom the Brexit vote was a welcome promise to reclaim the real pre-post-imperial British culture from within the Indian-cuisine-coming-soon-sign-covered, boarded-up windows of England’s pubisphere, the British beerocracy has given bugger all aid to the public.

Pub advocates lost the plot this week in response to the release of the first post-Brexit budget, which includes raised taxes on small businesses. In response to attacks on the budget as a damp squib, Chancellor Philip Hammond explained that these measures are necessary for building a large enough reserve to cope with any potential post-Brexit turbulence.

The post-Brexit government’s ongoing assault on pubs have many pub-goers asking an important Q: what is British culture anyway?

In true Brexit fashion, many pub advocates have taken matters into their own hands. With over 185,000 members around the world, Campaign for Real Ale (Camra)—est. 1971—has been leading the pub-crawl. Camra’s recent beer festivals have fermented into a bubbling political scene. A volunteer at Camra’s most recent festival said, in a video posted on YouTube, “It’s ruddy good fun. Really good beer. It’s really nice to meet people who like ruddy good beer.” Another said, “It’s fun to be at. There’s beer. You can drink beer. Lots of beer.”

In this heated publitical climate, many pubs have been doing some soul searching and reevaluating what it means to be a pub. Some have even gone so far as to abandon their usual flat, warm cask-ale for craft beer, and, when times get really desperate, for actually fizzy, cold beer, which the British have historically mocked as American piss. In an exclusive interview with the College Hill Independent, Filk, the owner of the popular Oxford pub, the Gardeners Arms, lamented, “We can no longer just be a boozer, every pub does food.” Many pubs have been forced to resort to using technology. Data from consumer analysts at The NPD Group shows the number of people ordering food from pubs online or through smartphone apps soared by 59 percent last year, with deliveries of pub classics like bangers, mash, and casual misogyny, now accounting for 4 percent of the UK’s takeaway market.

In a recent development, the Sun reported that singer James Blunt stepped in to buy the Fox & Pheasant pub in Chelsea under company name ‘James Blunt Pubs Ltd’ in order to save it from demolition, boasting to a friend that, ‘It’s going to be a pub full of aristocrats and even royalty,’ according to TimeOut London. It remains to be seen whether this two-for-one coup can save the prince and pint from their bad publicity.

‘Twas yellow broke the mellow last week—the yolk-yellow of a Vauxhall Corsa automobile, belonging to Bibury, UK resident Peter Maddox. The kerfuffle in question peaked with the vandalization of the car the night of February 22. But our story begins back in 2015, when Mr. Maddox—age 84—bought the car. Within weeks, a string of neighbors and visitors had taken to their Twitters to bash Mr. Maddox’s abominable auto, which had so disrupted the visual peace. Bibury is, after all, an officially registered Area of Outstanding Natural Beauty—one of 350 conserved sites in Wales, England, and Northern Ireland. (Scotland’s Trust, naturally, maintains its independence).

You would say that Bibury deserves the designation, if you’re into the picturesque. The village goes for a classic ‘nature’ look. The type of place where you look around, half-expecting an elf to pop out. Instead, they got a vroom-vroom lemon-drop with an ecoFLEX engine. Vocal among the dissenters was @KookyCotswolds, who tweeted a photo series of the abomindation in context.. Amidst the rolling hills, stone cottages, and towering oaks, one can’t help but spot the parked lemon. Kooky’s caption: “Bibury’s elephant in the room. The picture postcard street photobombed by the ugly little yellow car—every day.” Kooky seems to have missed the fact that elephants are almost never yellow.

The controversy then died down a bit, only to be resurrected a few weeks ago. In that sleepy corner of Gloucestershire, in the shadowy silence of a Sunday night, one or more vigilantes seized their chance to rectify Peter’s visual violation. Expert vandals they were, too. They smashed two windows, scratched each individual panel (to maximize repair costs), and etched the words “Move Freddie” into the bonnet (aka the hood, for our US readers). Who is Freddie? No one seems to know. Perhaps it’s what the neighbors have nicknamed the car.

Many of the townsfolk have expressed their sympathy in the aftermath of the attack. But these are the same townspeople whose autos range from forest green to forest brown. Local police Sergeant Garrett Gloyne seems to consider all of the residents suspects. In a statement, he reaffirmed that the car had been “a bone of contention” among the villagers, and he has set his team to conducting door-to-door interviews.

Mechanics have estimated £6,000 in damages to the car, for which Peter hopes to get a write-off. But Mr. Maddox and his corn-flour Corsa are determined not to take this lying down. Peter has promised to buy a lime-green vehicle if the repairs on this one prove costlier than the value of the car. A solidarity convoy of yellow vehicles is also scheduled to roll through Bibury on April 1, now dubbed Bright Yellow Day by Peter’s supporters. Peter himself will not be accepting the proceeds of fundraising associated with the event. These will be directed to The Butterfly Garden, an education and therapy initiative for the disabled of Gloucestershire. To this end, Peter has set up a crowdfunding portal, where he has raised almost £800. Help Peter reach his goal of £2,500 at www.justgiving.com/fundraising/brightyellowconvoy-butterfly.

Kate Bush—art-pop innovator, interpretive dance connoisseur, and the impersonation I whip out to make my mother feel weird about the time she went to art school in 1983—remains a time capsule for many reasons. Until the end of last year, she represented the best kind of ‘80s lady politics: progressive feminist reimagining of classic novels in songs like “Wuthering Heights” and, in “Running Up that Hill,” a parable of gender inequality in which, instead of settling for finding as much power as the men in her life, she literally asks to trade places with God. 1983 Art School raved about Britain’s latest popular symbol of female empowerment, just as much as I did when I was 15 and unearthed three LPs of The Dreaming in basement boxes.

It seems like the world’s been doing a lot of digging around musty ‘80s relics lately, and the truth is that most of them should have been left to foster particularly funky mold. The UK’s current faux-populist, pro-Brexit Prime Minister, Theresa May, seems like she found former uber-conservative PM Margaret Thatcher next to a stash of (obviously unopened) copies of The Queen is Dead. While current comparisons between Thatcher and May in British papers have rested on little other than their status as successful female politicians (and stern, stiff-lipped dispositions), there is a sadly valid tradition of austerity politics that is much stronger than their shared steely gaze.

This made it particularly strange that Bush, a once-trendsetter for a world Thatcher wasn’t even remotely aware of, strongly endorsed May at the end of last year. “I think it’s the best thing that’s happened to us in a long time,” Bush commented to the Canadian magazine Macleans. “[May is] a very intelligent woman but I don’t see much to fear. I will say it is great to have a woman in charge of the country.” It was a comment that necessitated as much unpacking as Bush’s flailing, leotard-centric choreography. It’s hard to argue with the “great[ness]” of female representation in high politics. But the idea that this means “nothing to fear” for the refugees threatened by her strict border policies is a harder sell than 50 Words for Snow, by far Bush’s most boring album, which is actually about snow. Maybe I’m being reductive, but it’s not as reduced as Bush’s career at this point.

It’s hard to watch the woman who asked to be God give her support to such an unmerciful power. The mark of true progressivity—from 2017, and not dug up from our parent’s basements—might be to do some (cloud)busting of past idols, thanking our heroes for the work that they have done without relying on them to carve the path for further progress. But if I return to the lyrics of “Wuthering Heights”—a person locked out in the cold, asking for Heathcliff’s mercy to be allowed to come home—I might still hear a valid parable for the stakes of May’s violence, even if the woman who authored those words has chosen to stop hearing them. As she sang out on the moors: “How could you leave me / when I needed to possess you? / I hated you, I loved you, too.”