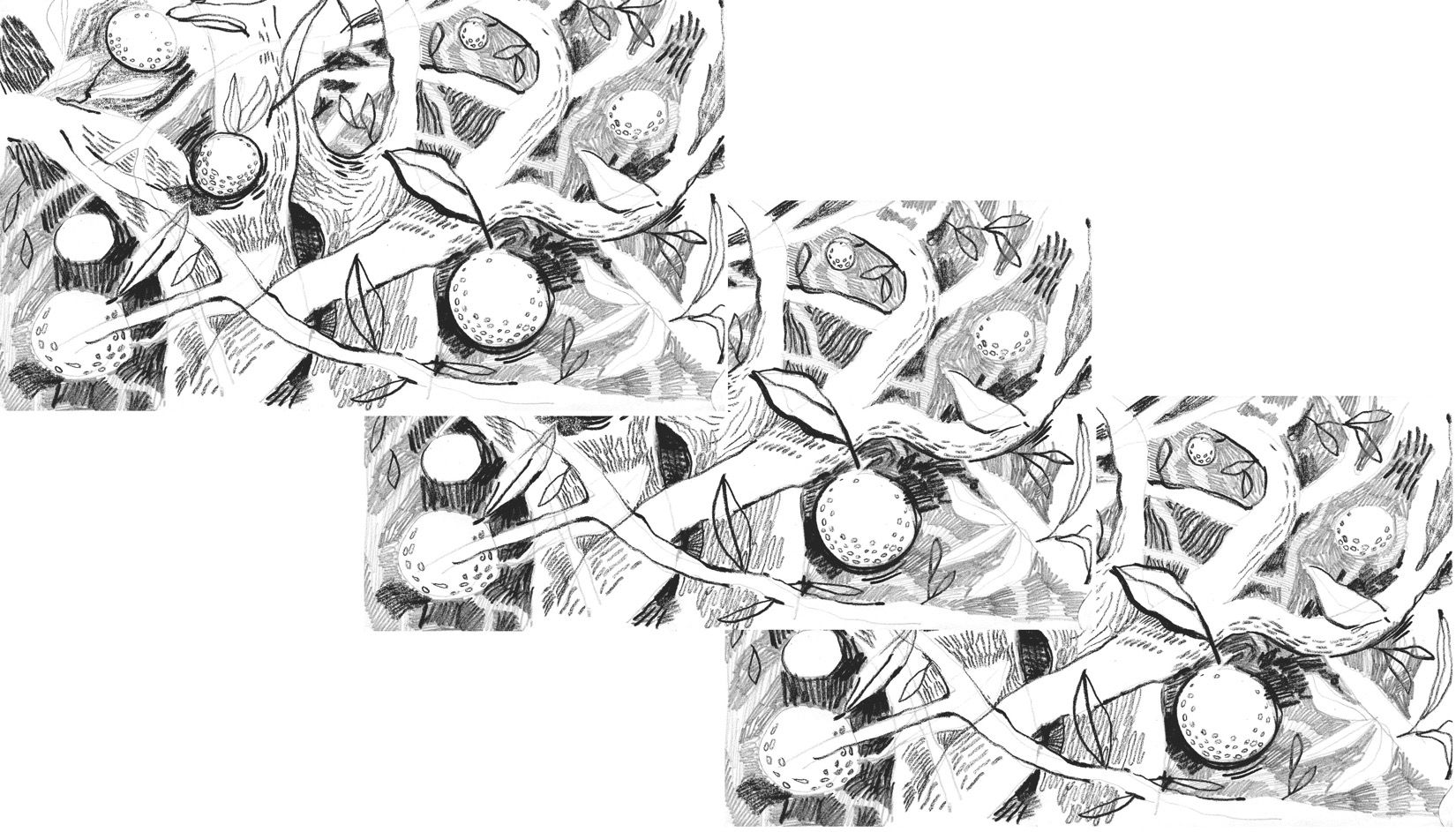 Daniel Ramirez Medina was asleep in the living room of his father’s home in Des Moines, Washington on the morning of February 10, 2017, when agents from Immigration and Customs Enforcement (ICE) arrived at the front door with a warrant for his father’s arrest. According to a report filed by the agents involved in the arrest, ICE received verbal permission to enter the house and upon encountering Ramirez immediately questioned him about his place of birth, his immigration status, and his criminal history. Ramirez was then taken into ICE custody and transported to Northwest Detention Center, a privately owned ICE holding facility in Tacoma, Washington where he remains to this day, contesting his detention from the inside of his cell.

Ramirez is a recipient of Deferred Action for Childhood Arrivals (DACA), a federal program started by the Obama administration that provides work permits and protection from deportation for undocumented immigrants who came to the US under the age of 16. ICE spokesperson Rose Richeson released a statement explaining that “Ramirez [was taken] into custody based on his admitted gang affiliation,” which Ramirez denies saying. His DACA status has been terminated over these allegations of affiliation.

On February 13, three days after Ramirez’s arrest, a group of immigrant and civil-rights attorneys headed by Mark Rosenbaum filed a petition in Seattle federal court on his behalf asking for his immediate release on the grounds that his detention violates the Fourth and Fifth Amendments. The amended petition filed on February 22 argues that ICE assumed Ramirez was in a gang based on his race and tattoos “despite having no evidence to support its false allegations.” Determinations of gang membership do not require evidence of criminal activity and are often made based on the visual assessment of one or two law enforcement officials.

Under these specifications, gang members can be identified based on their association with other gang members, creating an illogical and self-referential definition of the term rendering it meaningless. Determinations of gang membership can be made on the basis of unverifiable information provided by third-party sources. The broadness and circularity of the criteria used in the identification of gang members have troubling implications. According to the rules put forth by ICE, if people believe someone is a gang member, then they are one. The consequences of this fallacy carry dire consequences for brown and Black people, who are disproportionately classified as gang members based on established stereotypes of what a gang member is, who they are, and what they look like.

According to the brief filed by his lawyers, Ramirez was first questioned by ICE at the time of his father’s arrest. Ramirez presented agents with his DACA identification card and work permit. When agents asked him if he had ever been arrested he told them that he had. His single brush with the law occured in 2015, when he was arrested by a State Patrol trooper for speeding and was issued a ticket for $150. For ICE, this was justification enough to transport him to a holding facility for further questioning.

At the facility, court records filed by the Department of Justice (DOJ) say Ramirez was asked whether he had ever been involved in gang activity. “No, not no more,” Ramirez responded. He explained that he had left California where he spent time hanging out with the Sureños, a Mexican-American street gang operating primarily out of the American Southwest. Ramirez also said that now he associates with the “the paizas.” Although several minor gangs throughout the U.S. have names that include some variation of the word paisanos, or countrymen, the term is used colloquially among people of shared Mexican descent to denote camaraderie and friendship. ICE, however, took his statements as an admission of gang affiliation.

On the same day as his arrest, Ramirez filed a classification appeal with the Northwest Detention Center requesting to be removed from a high security gang unit to a lower custody level. As further evidence of his gang ties, ICE officials pointed to the written statement Ramirez provided on the appeal form that reads “I have gang affiliation with gangs so I wear an orange uniform.” Before this sentence, on the first line are faint pencil marks that appear to have been partially erased. A brief filed by Ramirez’s lawyers alleges that the erased portion previously read “I came in and the officers said I have gang affiliation...so I wear an orange uniform,” and was altered to make it appear as though Ramirez had admitted gang affiliation. Whether or not the written statement was tampered with, the second and final sentence of the statement stands as an unequivocal denial of gang affiliation: “I do not have a criminal history,” writes Ramirez, “and I’m not affiliated with any gangs.”

President Donald Trump's executive order on immigration signed on January 27, 2017 has provided ICE with the legal backing to increase its arrest and deportation efforts, allowing ICE to expand its targets from people with serious criminal convictions to any undocumented person in the United States. Obama era-policies strongly discouraged ICE from questioning and detaining suspected undocumented bystanders or from carrying out pre-planned immigration raids. A fact sheet released by the Department of Homeland security stated that under Trump’s executive order: "ICE will not exempt classes or categories of removal aliens from potential enforcement...All of those present in violation of the immigration laws may be subject to immigration arrest, detention, and, if found removable by final order, removal from the United States." Trump’s campaign rhetoric on immigration was underpinned by efforts to generalize all undocumented people as criminals, focusing a disproportionate amount of attention and vitriol onto Muslim and Latinx immigrants. The executive order has delivered on Trump’s campaign promises to crack down on undocumented people.

The vague and subjective criteria for gang member classification offers ICE broad leeway for expediting deportation processes for those suspected of gang affiliation. Trump infamously launched his candidacy by characterizing the majority of undocumented Mexican immigrants as criminals, gang members, and rapists. In an interview with online publication the Intercept, Mizue Aizeki, the deputy director of the Immigrant Defense Project, said that “by throwing around the label of ‘criminal,’ the Trump administration will continue to exacerbate the harms caused by the extensive criminalization of communities of color—including racialized policing.” According to the Washington Post, a concerted wave of immigration raids in mid-February resulted in the arrest of 683 undocumented immigrants.

In California and other states, efforts have been made by immigration activists to shield federal law enforcement from accessing information on statewide gang databases. ICE uses a gang-tracking software application known as ICEGangs modeled on California’s CalGang database, which has come under fire for weak oversight, lack of transparency, and making excessive errors. A 2016 state audit examined four user agencies, including the Los Angeles Police Department and Sonoma County Sheriff Department, found that 23 percent of the roughly 150,000 entries could not be substantiated. Out of 100 individuals reviewed by auditors, 13 were inappropriately included. 93 percent of all individuals entered in CalGang were male and 70 percent were Latinx.

Recent sociological research indicates that the majority of U.S. cities remain largely segregated by race and socioeconomic status, a pernicious legacy of discriminatory housing processes and systemic concentrations of poverty within cities. Latinx people comprise the majority of entries in databases such as CalGang. Due to the relative racial homogeneity of American families, neighborhoods, and communities, brown and Black people, disproportionately represented in gang databases, are more likely than people of other races to associate with known or suspected gang members. Law enforcement rely on visual cues about how a person dresses, how a person speaks, and where that person congregates in order to identify gang members, which makes brown and Black people far more likely to be identified as such than people of other races.

In the current political climate of increased hostility toward immigrants, undocumented or otherwise, racist anti-gang policies put undocumented Mexican immigrants in a precarious position. Daniel Ramirez Medina’s arrest is but one example of the fragility of measures designed to protect undocumented people. His DACA status and all of its protections were dissolved upon contested and unsubstantiated allegations of gang affiliation.

Applying for DACA is a burdensome process that can take up to four months to complete. The Department of Homeland Security also charges a filing fee and a biometrics fee, which totals around $500 per applicant and per renewal. In addition to having a clean criminal record and proof of high school enrollment or graduation, applicants must pass a series of FBI background checks intended to determine whether that person may present a threat to public safety or national security. Ramirez was granted DACA status in 2014 and his status was renewed in 2016. That he passed successfully through the application on both occasions signals that there was no information uncovered in any background checks that would indicate gang affiliation. Ramirez’s classification as a gang affiliate was made unilaterally by the ICE agents involved in the February 10 raid on his home.

Trump’s executive order has called for the hiring of 10,000 new ICE agents and the expansion of the number of detention centers in the US. ICE has been empowered to target any undocumented immigrants convicted of a crime, no matter how small. The New York Times conducted interviews with 17 agents across the country and noted that several have described their jobs as becoming “fun.”

Daniel Ramirez Medina remains in the federal detention facility where he has been since his arrest on February 10. His next hearing is set for March 8 when a judge will decide, after hearing oral arguments, whether the case belongs in the US District Courts or immigration court.

NEIDIN HERNANDEZ B'19 is thinking about ways to resist.