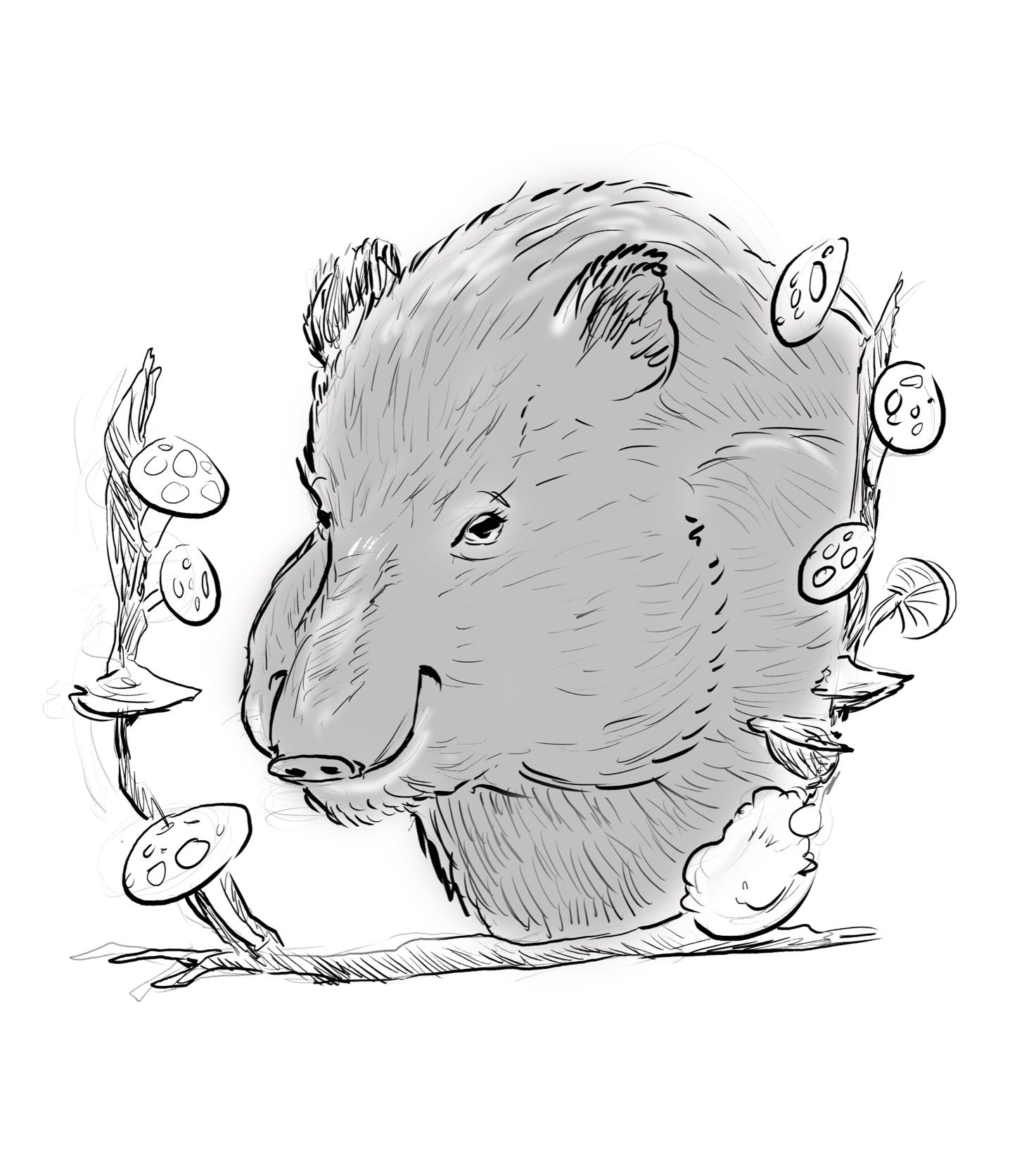 NUCLEAR MELTDOWN IS (NOT) A BOAR

It’s safe to say that the weather has been wrong these days on planet Earth. This fact is particularly true in the Czech Republic, where an unusually cold winter has local wild boars resorting to a diet of ‘false truffles.’ Hidden under the snow, these ‘shrooms’ are just as deceptive as their name implies. While truffles do confer nutrients to the wild boars, the cost of this nourishment is steep: they have been absorbing the radioactive isotope Caesium-137 for all thirty years since Ukraine’s Chernobyl Disaster, when at least 5 percent of the Chernobyl power plant’s radioactive reactor core spilled into the surrounding environment. In 2017 ,wild, angry pigs are the real life torch-bearers of nuclear meltdown, running around the Sumava mountain region with contaminated flesh.

The boar has a proud history of symbolizing strength in cultures around the world. The wild boar is a symbol of courage and ferocity in Celtic and Arthurian lore. In Hayao Miyazaki’s animated epic Princess Mononoke (1999), the boar is the guardian of the forest. In Rhode Island, the boar is the face of cold cuts. In the Czech Republic, wild boar meat is a delicacy, a traditional component of hearty Czech goulashes. Its sudden inedibility poses a threat to stew, not to mention the heart and soul of this national dish.

This isn’t the first time that radiation from Chernobyl has left its glowing marks on traditional cuisine. The 1986 disaster immediately brought about bans on food exports from countries as far away as Norway, devastating European import stores in immigrant neighborhoods across America. Today’s a-boar-ration threatens mushroom picking—a classic Eastern European leisure sport. (In elementary Russian textbooks from the 80s, it’s common to see the phrase “I pick mushrooms” taught alongside words like “love,” and “Sunday.” )

It is hard to find representations of post-Soviet Eastern Europe that do not portray the region as monolithically decrepit and folksy. The same reason why we call old-lady headscarves ‘babushkas’ in homage to the Slavic grandmother is the reason why we apply the image of a still-writhing Chernobyl to everything beyond the now-drawn Iron Curtain. Pictures of the Chernobyl plant—the shell of a nuclear dream enveloped in weeds—support American stereotypes about the borscht belt. Former Soviets are day-drunk in Adidas tracksuits. They have pet bears on unicycles. Mafia connections abound: Moscow-based pop duo t.A.T.u.’s third most popular song on Spotify proclaims loudly and clearly: “NOT GONNA GET US!”

Most importantly, Putin is a con artist ex-KGB authoritarian imperialist. But is Trump any different? Do we not have gross problems of environmental racism in the US? There may be radioactive mushrooms in Eastern Europe, but the United States is a few pithy executive orders away from seeing the EPA abolished.

America is bad. Russia is bad. But somewhere in a very icy field near the Austrian border, I wish I could be like the boars: carefree, eating mushrooms, unbothered by the stakes of the word ‘false.’ 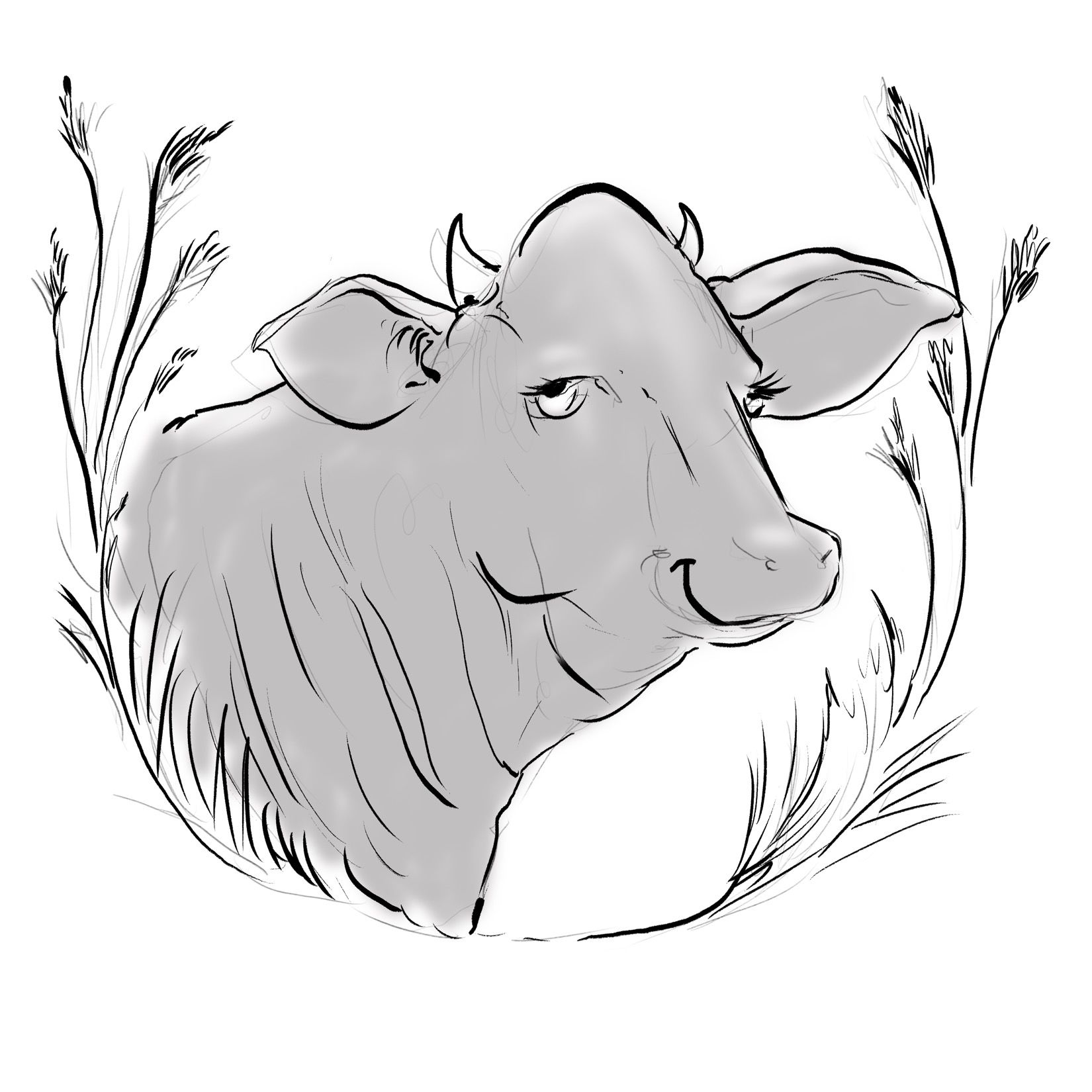 Freddie remembered a time when things were different. When he could look up and feel a breeze against his face, walk across an open pasture with grass, and stand around without a care in the world, chewing cud with his friends. He had dreams then.

Until they came for him. Took him to a dim room in a concrete jungle far away from the open hill, surrounded by strangers, huddled dirty and catatonic, pressed together in caged rooms. Once a week, on Fridays, some from their number taken away, never seen again.

He saw light ahead, rushed forward past cages and bloody floors and the hind legs of fellow bovines hanging from racks, out into sunlight. He paused, took his bearings. Buildings rose up all around, higher than any he had ever known. Giant monsters roared by; people everywhere began to stare and point. A sign on the corner read, Welcome to Jamaica, Queens. He didn’t know where that was, but he knew he had to find his pasture. The shout of his captor jolted him into action; he began the brief, glorious act that would define his life, trotting forward with the frantic bovine energy, crying out to the masses for help—but when he looked closer he saw to his horror that some among them clutched hunks of his fellows in their hands. With equal shock they looked back as their food ran past them.

If you were walking down 165th Street in Jamaica Queens, on the afternoon of January 21, 2017, you would have seen Freddie in his last ditch effort to avoid the grisly fate that awaits stock cattle. The authorities eventually detained him and managed to wrangle him back to his cell in the Archer Hallel Live Poultry shop. Freddie’s captors informed the press that he would be executed the next day, as intended.

But Mike Stura had different plans. An animal rights activist who ran the Skyland Animals Sanctuary & Rescue Center in New Jersey, Stura saw the news of Freddie’s plight on TV and frantically drove overnight with his trailer to the slaughterhouse. The next day, he managed to bargain for Freddie’s release.

The epic saga—which circulated widely in the bovine community—appears to have inspired his fellow steers. A month later, a bull broke free of his confines in another Queens slaughterhouse and evaded authorities for several hours. Lacking Freddie’s good fortune, however, the bull suffered serious injuries and died as police detained him with high powered tranquilizers.

Perhaps a not-so-subtle sign from the universe telling New Yorkers to become vegetarians. 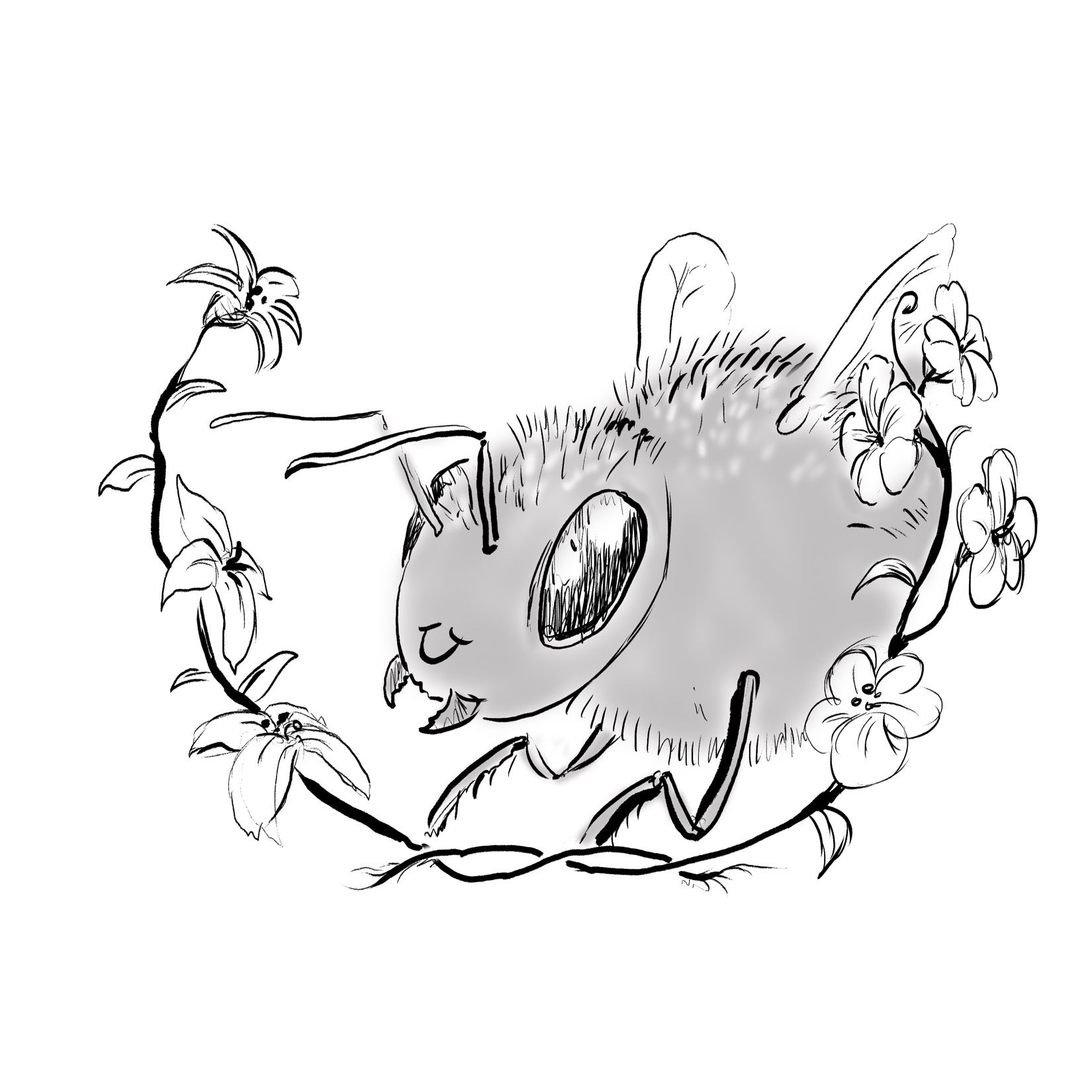 “Why are there bees? Where are they coming from? And why are they in a very specific area of the beach?”

These are the chilling words of Martha Duff, resident of Naples, Florida, as reported by NBC Miami. She was responding to the thousands of dead bees who have recently been washing up on the shore of Naples beach, in Southwest Florida on the Gulf of Mexico. No one can quite figure out the cause of the phenomenon—as one expert told NBC, bees on the beach is very unusual.

Of course, for those of us connected to the bee world, a different question poses itself: “Why are there humans?” We are in the midst of a man-made catastro-bee, a climate change and pesticide driven decline in bee population so precipitous that former president Bee-rock Obama implemented the first ever national strategy for improving the health of bees in the spring of 2015.

But bee-death still looms. Bayer, a chemical, pharmaceutical and life sciences company, whose products include the neonicotinoid insecticides largely responsible for the bees’ demise, is currently seeking to merge with Monsanto, the massive multinational agricultural corporation  (pending regulatory approval). Should the merger go through, it will mean unprecedented expansion of the use of neonicotinoids on farms around the world, spelling certain trage-bee.

“Why are there bees?” Martha asks. Does evolution have a goal? I could not say. But the fact remains that the bees are here, in the “very specific area of the beach,” and they are dying.  What can we do? SumOfUs, an advocacy organization, is attempting to use legal routes to stop the merger. They are accepting donations for the effort.

Bee the change you want to bee in the world.