Keeping the Fire With Us and the Resistance in Us

Reflections on the #NoDAPL movement 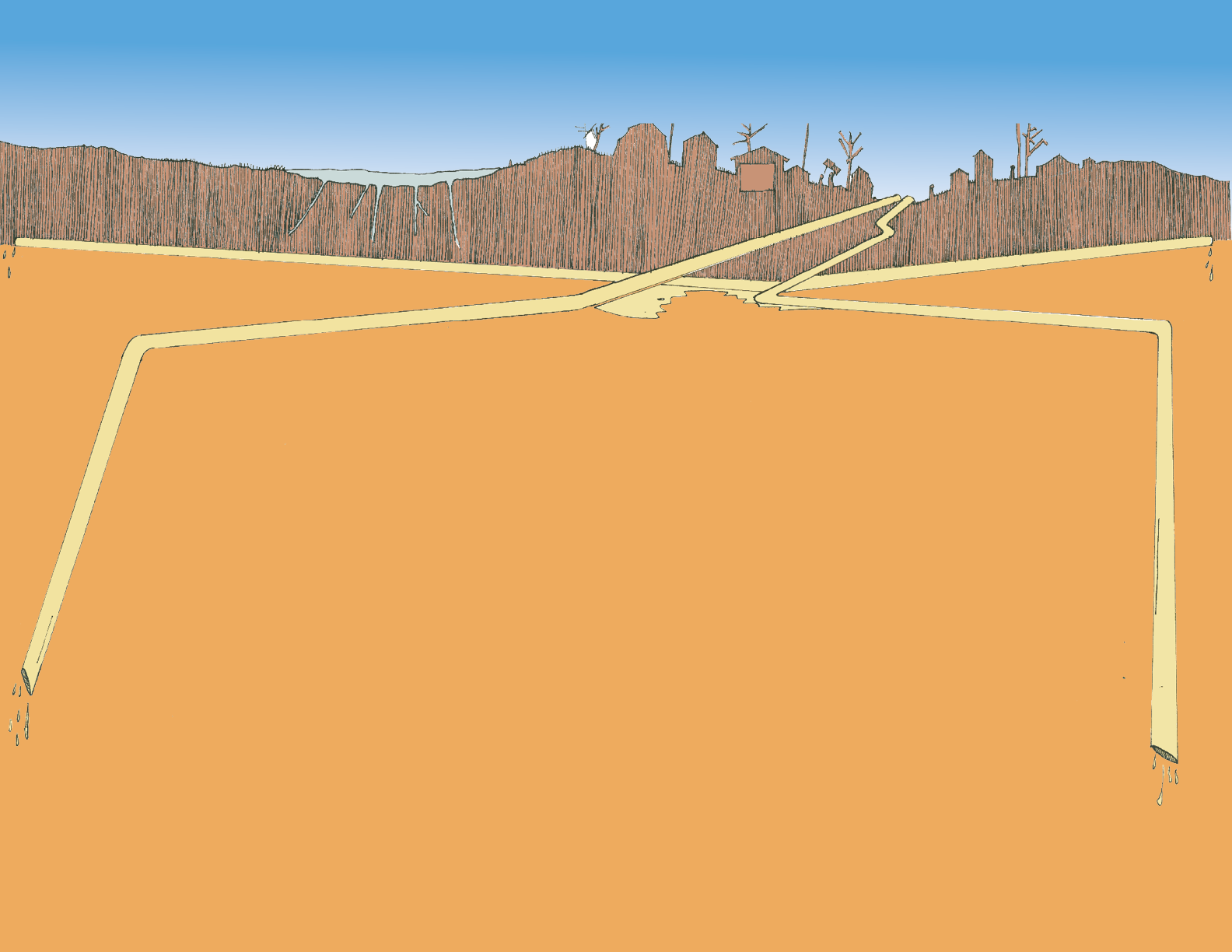 In response to the proposed construction of the Dakota Access Pipeline in April 1, 2016, owned by Energy Transfer Partners, L.P., Native American activists of the Standing Rock Sioux Tribe and their allies created several campsites in Cannon Ball, North Dakota. The activists, who refer to themselves as Water Protectors, began small grassroots resistance actions starting in April 2016 with the establishment of the Sacred Stone Camp on LaDonna Brave Bull Allard’s land on the Standing Rock Sioux reservation. Eventually, as the camp outgrew LaDonna’s  property, another camp was formed—the Oceti Sakowin, along the banks of the Missouri River in the unceded land of the 1851 Fort Laramie Treaty.

Several calls to action against the Dakota Access Pipeline were made by LaDonna Brave Bull Allard, youth movements and organizations, and several tribal members of the Standing Rock Sioux tribe, whose 1851 Treaty rights were violated by the construction of the pipeline. Since the establishment of the camps, support came from over 200 tribes, non-Native supporters, and international campaigns and organizations.

In response to this large-scale mobilization of Water Protectors, police from 24 counties and 16 cities from 10 different states, along with private security forces hired by the Dakota Access Pipeline companies, have been involved in the militarized police presence at Standing Rock. As of November, total policing costs for Standing Rock within the state were $10.9 million, and the Morton County police have spent an additional $8 million, equipping police forces at Standing Rock with military-grade equipment including land-mine-resistant trucks, armored personnel carriers, rubber bullets, tear gas, water cannons, and pepper spray.

On January 24, 2017, Donald Trump signed an executive action renewing construction of the Dakota Access Pipeline and the Keystone XL Pipeline after further construction had been halted in December of 2016. This order effectively swept aside ongoing human rights abuse cases at the hands of police enforcement and legal precedents that rejected the legitimacy of the pipeline. The Dakota Access Pipeline will now carry 500,000 barrels of crude oil per day from the North Dakota Bakken oil fields to Illinois, crossing under the Missouri River and into Sioux lands outlined in the Fort Laramie Treaty, endangering the drinking water and environmental health of millions in the immediate vicinity of the pipeline on reservation lands and downstream of the pipeline.

An emergency evacuation order for the Oceti Sakowin camp issued by the governor of North Dakota and the Army Corps of Engineers was enforced on Wednesday, February 22, 2017. Protectors have gathered their belongings, camping gear, and cultural items. Longhouses and structures have been burned and left as ashes as a sign of respect and to avoid degradation by the police. Although the camp has been evacuated, the resistance remains.

We, a collective of Native students at Brown University, visited Standing Rock and stayed at the Oceti Sakowin camp from November 17–20, 2016. We felt this was an important step for us to take in order to support the camps beyond financial means and to be a part of a movement we are all personally invested in. In the camp, we participated in orientations, attended meetings, helped construct traditional winterized houses, and worked in the main kitchens.

This experience was invaluable and sustaining. We are still reflecting on this moment and our experiences visiting the Oceti Sakowin camp. Some days, we can talk and laugh about our time there and we can give you the sorts of stories you want to hear—the types that will lift you up and give you hope. But other days, we are holding our breath waiting for the next piece of bad news about the people out there; some days we can’t focus because we are waiting to hear about what is going on. We are waiting to hear about our friends and families. Some days, there aren’t really words we can give you in this imperfect language, language which is not our own, to describe the experience of having been at Standing Rock.

For many of us, the camp was a place of renewal and resilience. This camp was a place of ceremony and as Native peoples, we cannot convey that experience with words. It was ceremony when we were helping Winona Kasto cook indigenous foods in her kitchen to feed Water Protectors, cutting vegetables, cooking stew, shucking corn, and serving food. While we helped clean up afterwards and move boxes of food in preparation for winter, we listened to Winona—her warmth and wisdom sustained us much more than we could have sustained her. It was ceremony as we met camp elders like Lee Sprague, who was a part of the Cold Water Rescue Team that helped plan actions against the pipeline along the Missouri River, while also ensuring the safety of water protectors in and along the river using traditional Anishinaabek winter and wild-ricing technologies. He was working to build Pueblo-style houses and an off-grid community in preparation for the sub-zero winter temperatures. The people we met, the stories we heard, and the songs we listened to are all sacred.

As young Native students who have entered this movement alongside many youth organizers, this moment in history builds upon the movements of our elders, who fought in past struggles. This movement has mobilized resistance to settler colonialism and built coalitions of indigenous peoples and people of color across diverse communities who have historically been oppressed. The teachers of these lessons of historic resistance against US empire have included the ancestors of the Lakota, Black freedom fighters of the Civil Rights era, the Black Panther Party, the American Indian Movement, the leaders of Idle No More, and environmental justice movements. We also recognize the labor of women, gender non-conforming folks, LGBTQ+ folks and young people within these struggles and in the Standing Rock movement. By recognizing their labor we can improve our future coalition-building in order to be more intentional with uplifting marginalized identities in our common struggles for liberation.

We cannot explain to you what it was like to plan our trip to Standing Rock as we watched Trump get elected, or what it was like to leave camp and have our friends and family attacked hours later with flames, water cannons, and rubber bullets. We feel immense gratitude toward everyone who checked in with us, who sent us out there with their prayers, their love, their support, and their solidarity.

Now, several months after our trip out to North Dakota, the Water Protectors and members of the Standing Rock Sioux from the Oceti Sakowin camp are being forced from their homelands. Drone footage from the Digital Smoke Signals website captured plumes of smoke rising from the longhouse frames, with the Oceti Sakowin camp sprawled out across the Missouri riverbanks in skeletal resistance, preparing for evacuation. Seeing the muddy network of camp roads from up above feels like an eerie echo of what we saw when we were there. The veins of campgrounds wrapped around themselves, reminding all of us now that the movements of resistance are breathing, moving, and living through those who have stood in solidarity with the movements at Standing Rock. In this moment, we are reminded that this resistance will continue, and that we owe it to the people there, the people who supported us in getting there, the people who shared news with us, who share common histories of colonization, oppression, racialization, marginalization on this land in turtle island—we owe it to them to continue to carry this heart and life with us.

So after the banks of the river flood in the springtime, we’ll have to ask ourselves—what will come next? Even after the physical evacuation of the camp, the Water Protectors continue to resist the construction of the Dakota Access Pipeline on the Standing Rock Sioux tribe’s land. Here, as students we will constantly negotiate our role in activism and what it means to continue to decolonize here in this space at Brown University. We come back to a campus full of pristine brick buildings and silences. Silence on the violences that happened here, that continue to this day. Wherever it is that we go—from Providence to Bismarck and back again—we still see violence. These violences continue when institutions of power like Brown do not talk about the colonization that took place on this land. Violences spread and rooted themselves across turtle island, continuing today in Standing Rock. University silence is always violence. So what does resistance look like here, coming from and in solidarity with Standing Rock?

When we come here to Brown, we are met with different attempts at dispossession. And so resistance, whether it’s at Standing Rock or at Brown, involves finding out how to reclaim, how to resist dispossession. When we try to think of what resistance looks like at Brown, and what solidarity looks like for us within Native Americans at Brown, we try to think of the moments of love, the landscapes of community that we are able to create for ourselves within this place that allow for us to resist dispossession, that allow us to reclaim our voices, sense of selves and self-worth, the spaces that allow us to heal and feel whole. When we think of these moments of resistance and love, we think of the communities that stood with us as we worked to get Brown's Fall Weekend holiday changed to Indigenous Peoples’ Day, the communities that we stood with and that stood with us during the student walkout held just days before we left for Standing Rock. We share laughter with each other even when we are in moments of pain and uncertainty that help us through the day-to-day. We think of the mentors and faculty members who remind us each day to love bigger and stronger—who have pushed us to fight harder and stood by our sides every step of the way. And we think about what we have seen spring up at Standing Rock, the survivance that has flowed out from that space.

The public and government response to the Standing Rock movement lays bare the ways in which the United States, a settler-nation, continues to ignore, profit, and take land from Indigenous peoples. The evacuation order ignores the treaty and land rights of the Standing Rock Sioux tribe and the months of global activism against the construction of the Dakota Access pipeline. The pipeline was rerouted through sacred sites, through sacred land, and near the drinking water of the Standing Rock Sioux tribe when its original route went too close to the predominantly white city of Bismarck. The current leader of the United States has made active financial and political investments in the companies that have made the Dakota Access Pipeline possible. In spite of court rulings, in spite of human rights laws and basic constitutional rights, in spite of continued efforts by the Water Protectors to ensure access to clean drinking water—the Dakota Access Pipeline construction continues. Native people and their allies are being actively policed, criminalized, and attacked because they are fighting to maintain their basic rights to self-definition, a future for themselves, their communities, their land, and their water.

But, when we look at what has been happening at Standing Rock, we have to recognize first and foremost that this is also what decolonization looks like. This process of decolonization, of resistance, and of resilience—of living as indigenous peoples on this land—is something that was alive long before the United States. It will continue long after this moment in time. Our ability to imagine a decolonial future is our resistance, and it will be our liberation.

NATIVE AMERICANS AT BROWN suggest these readings and ask that you support the following organizations:

Places You Can Donate

+ Legal Funds for Red Fawn, a trained medic providing medical assistance helping injured water protectors during a police raid when she was arrested by officers.