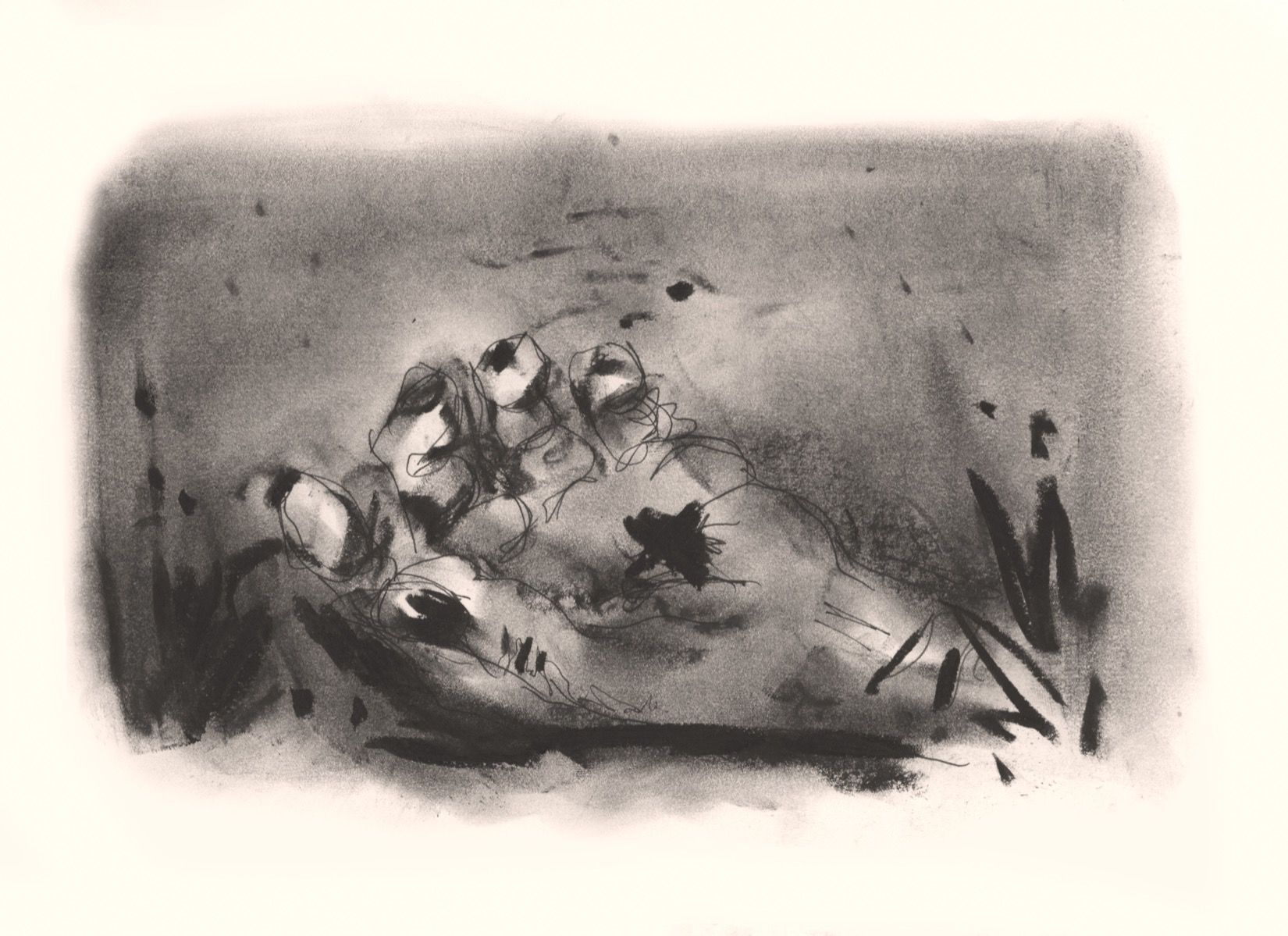 i. the myth of resentment

There in Mount Sinai I was trusted with the tablets of stone, but didn’t understand that their contents were a gift to be shared with the rest of humanity. I took all Ten Commandments to myself, onto myself, and thus became the juror of others and the defendant before me. It’s because men are mere children that I took all those laws to myself. Now my back bends with the weight of two broken slabs that, severed into two identical parts, resemble tombstones. One I lay at my childhood resting place—I didn’t have the luxury of keeping her alive for longer. The other I clout into the boy’s grave, burying it deep so that he won’t escape, but the boy is not there: mine is a symbolic gesture that distresses more than it comforts me. They say that joy for a mother is to see her child play, but I’m not anyone’s mother, and he’s not anyone’s child. No, those years are gone and I’m left with a yellow flower with which I mourn the girl every Friday night. The ritual is always the same: at dusk, I plant the flower over her grave and make sure it is well grounded, only to unearth it at dawn, that unwitnessed time of the day when the dead whimper and the living soil their hands.

Someone wrote that it’s a pity Sophocles entered tradition as a marmoreal figure of the classical era. He should have entered it as the guy who falls in love with those statues and blows them up once the love is no more, to scatter the sediments of what he deposited in them.

iii. personal mythology: the hole on the palm of my hand

In “The Hand that Caresses the Night,” the fourth episode of the second season of anime series Mushishi, Ginko meets a young man who has a mark shaped like an eye on his palm. Tatsu is tainted: the wound is the mark of an animal that whispers decay.That’s why he smells like sweet wine mixed with rotten flesh. This is the only way Tatsu hunts: he purges the life off animals with a gentle stroke of his hand. This is the only way Tatsu dreams: by plunging others into dreamless sleep. He learned these skills with his father, from whom he inherited the eye-shaped mark.

Tatsu and his kid brother were afraid of their father, but Tatsu promised to protect the kid brother, who instead of a wound on his palm had a wound in his guts that made him spit blood. Tatsu knows his brother is sick. He does not know he is sick as well. He needs his mark to hunt, but above all, he needs it to feel like himself.

Towards the end, Tatsu’s father killed animals mercilessly, for the sake of the hunt. One day Tatsu’s father became translucent, later that day he lost his shadow, and by the next morning he had disappeared—all that remained were his clothes, disposed as if his body was still there, dreaming of being king of the mountain. He didn’t die, he just lost his body and soul. He is still in the mountains, says Ginko. You’re also just a part of these mountains, says Ginko. You’re right, says Tatsu, but his hand keeps caressing the night.

Yesterday I looked at myself in the mirror: I was weak and paler than usual. I sunk in my bed. It’s as if I didn’t sleep. It’s not that my sleep was interrupted—I was. I should have fallen asleep with my right hand hanging from the side of the bed so that I could hold on to the bedframe in case I sunk and sunk and disappeared into the mattress. Instead, I felt awake with my right hand clinging to my body, imitating Tatsu, who would lose his arm to the animals he hunted before he let himself become prey.