How to appear at the club—or on the page 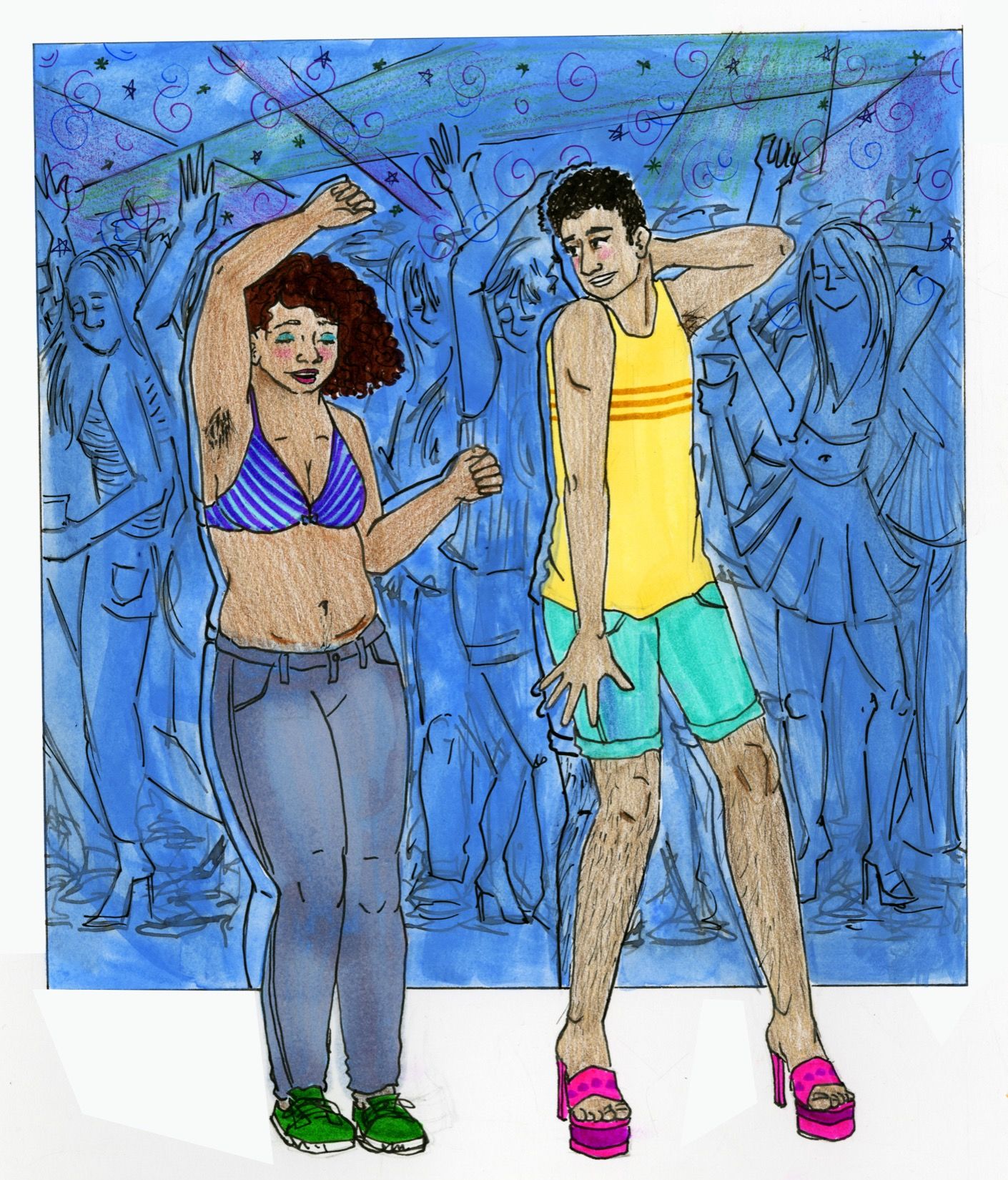 “Work! You look fabulous,” one queen exclaims to another. Getting dressed up to go out for the night is more than a preparation ritual—it is an event in and of itself. After all, you have to make an appearance when you arrive. Make. Them. Drop. Dead.

While looking fabulous may seem superficial, it can have a political bent. Madison Moore, a DJ and queer scholar on the side, points out in Fierce, “fabulousness is a mode of creative expression, an aesthetic need that is typically employed by bodies responding to oppressive or otherwise restrictive cultural conditions… ‘Appearing’ is to physically demand space, attention, and to announce oneself through the creative labor of self-expression.” In a heteronormative culture where queer narratives—and especially narratives of queer people of color—are often hidden or erased, fabulousness can create visibility. It is a radical act of self-assertion, a tool of resistance and empowerment, saying loud and clear: I am here.

But even more, fabulousness fabulates: physical appearance tells a story. You enter a space and rewrite its dynamics by commanding everyone’s attention. Of course, to do so, you must become larger than life and make a statement. Through fashion, you can playfully reimagine the visual possibilities of the body and make yourself into a tall tale, almost too grand to be believed. You are the spectacle. You are, as we queens might say, “serving a look,” “legendary,” “slaying,” “giving life,” “flawless,” “everything.” Hyperbole in appearance becomes a way you can escape the constrictions of gendered norms.

In walks a sonnet in drag: falsies, lamé, glitter and all… Hold up, say what? Why are we talking about poetry? I thought we were talking about being fabulous! Well, my queen, etymologically speaking, fashion and poetry are cousins. Both mean ‘making,’ and, may I remind you, both work on text(ile) as their material. Fashion creates poetry on the body; poetry fashions language into a body. And we measure both by the currency of style.

Appearance can be as liberating for a poet as for a fashion icon. Experimental writing on the page can playfully escape normative formal constraints to perform fabulousness. For example, Sophie Mayer’s “A Volta for the Sonnet as a Drag Queen” loosens the sonnet’s conventional constraints and personifies the sonnet’s volta as a drag queen. The volta is the “turning point,” the moment of surprise in the sonnet when everything changes, and Mayer’s poem title queerly likens this rhetorical device to a drag performer. This becomes a jumping off point to reimagine the limits and possibilities of the sonnet.

Dressed in drag, the sonnet’s original form is almost unrecognizable. Loosely, Mayer’s poem outlines the shape of two sonnets, with the first one riffing increasingly against traditional sonnet form and the second even more wild and free. It is as if Mayer invites us to watch the sonnet change in the dressing room, and then come out to perform in full drag.

To be real. The sonnet’s a pose. Vogue. Let your

body be told what (not) to do. To the letter,

if enjambed: the stance, the torch, the blow…

Her rhythm is free and flowing, allowing colorful sound play—like internal rhyme, puns, repetition, syncopation, and alliteration—to shine. This is more like how time feels in a club, when you’re dancing with friends late at night. There are no clocks, there is no choreography; you move freestyle as you feel moved. Club time resists the time signature of the workday and revels in a looser, queer temporality inspired by the beats on the dance floor. Mayer gives us hints of this soundtrack by riffing on lyrics from Madonna’s gay anthem “Vogue” (a song, it is worth noting, which appropriated voguing from black queer ballroom culture for the mainstream). Like a dancing body on the club floor, this sonnet is loose and energetic, and probably pretty tipsy. No rigid formal wear here. If only for the night, the sonnet is free from society’s regulating eye to experiment with its identity.

Gay clubs are often framed as utopian spaces for liberation and pleasure. However, they also frequently reproduce hierarchies of power based on race, gender, ability, and body size. Thin, white, cis gay men might be able to experience a gay club as a safe space removed from homophobia; but other clubbers, especially queer and trans people of color, may be ignored, exotified, or harassed in the same space. Fabulousness, then, is all the more important for queer and trans people of color to assert their presence, whether in a white-dominated club or in their own haven.

Marvin K. White, a Black gay voguer, captures this urgency in his poem, “the dancer.” A fabulous dancer in a club commands the attention of everyone around him as he loses himself to the music. These other folks look on with jealousy because they “never seem to be able / to catch the holy ghost or make music / do the things it does for him.” Through their gaze, his fetishized body is described as if it encompassed the entire club—his “smiling / teeth bouncing light like disco ball” and “his body is dance / is wet with music.” But White’s dancer seems oblivious to their presence, let alone their attention. He dances for his own pleasure, enjoying his fabulous reflection in the mirror as his dance partner:

he in the mirror smiling

that he still here.

As closing time approaches, the other people in the club try to cruise him, as if they are entitled to his attention. When this fails, they try to “throw off his rhythm / hurting what they cant have.” White uses violent metaphors to frame their dehumanizing gazes—“the looks shot into his back / he is a moving target.” But despite their attempts to derail him, he keeps smiling and dancing. He refuses to play into the toxic, meat-market logic of these clubbers who treat him as a “target” rather than as a person. In counterpoint to their efforts, the poem’s recurring line, “he in the mirror,” creates a persistent reflexivity, emphasizing the dancer’s presence: he is really here. In circling back to this image in the mirror, White’s poem reinscribes the dancer’s humanity and makes clear that his pleasure is a strategy of survival in an unwelcoming gay club environment. He engages with the space on his own terms to experience pleasure for himself.

This is a revision of fabulousness, not as a performance for others, but first and foremost for the self.