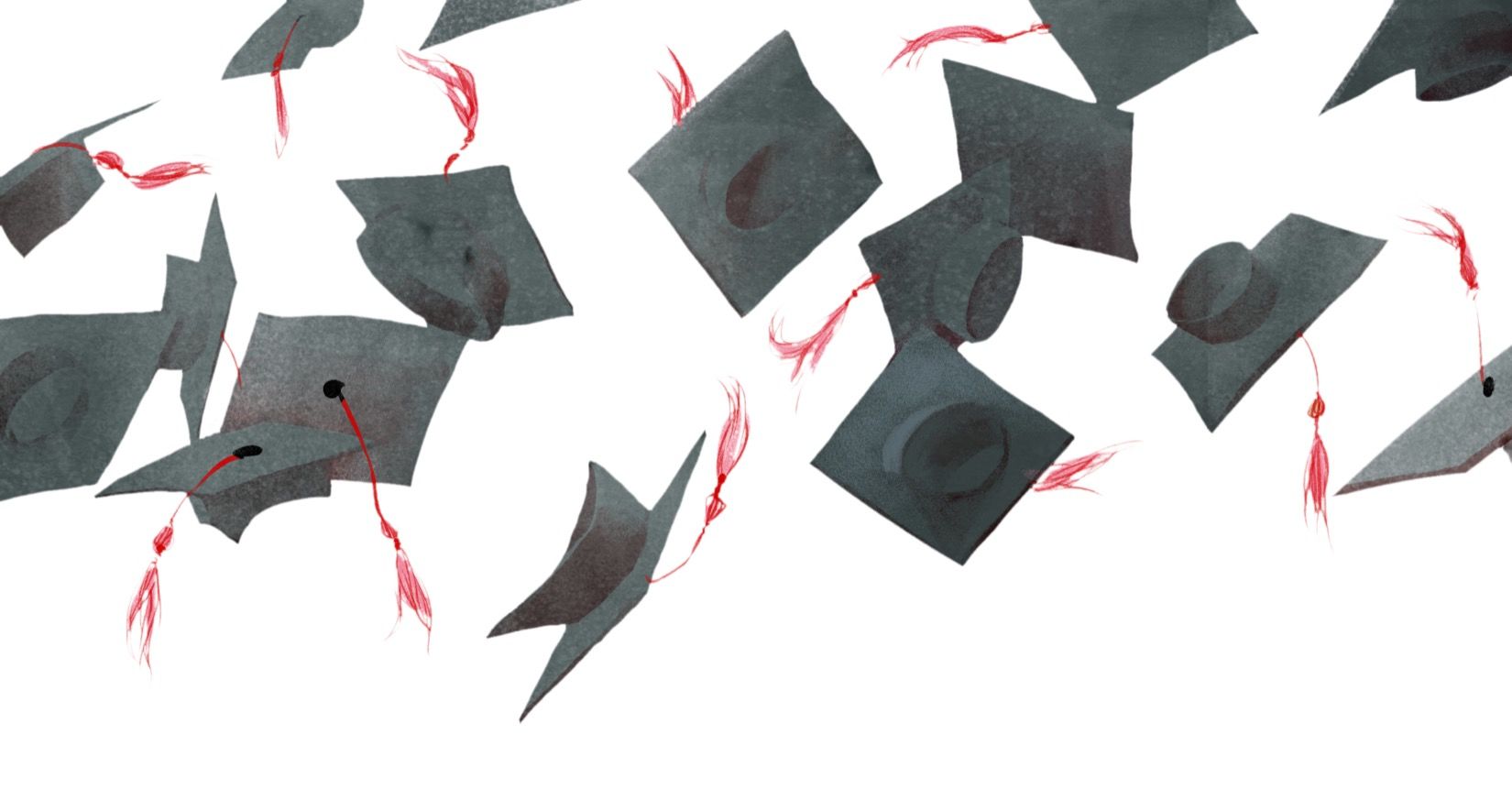 Javier Juarez, a student at the Community College of Rhode Island (CCRI), was walking to class when he came upon two large groups of people holding hand-made signs and shouting. On one side were young students, on the other were a group of older white protestors. Both groups exchanged hisses and boos across the divide.

A man on the edge of the crowd turned to Juarez, pointing to the young people, “Can you believe this?” the man asked. “They are taking taxpayer money.” Juarez played along, pretending to agree with the stranger.

“There was a lot of hate on that day,” Juarez told me. The protest was in opposition to a proposed policy allowing undocumented immigrants to be eligible for in-state tuition at Rhode Island’s public higher education institutions. Juarez didn’t know about the policy before the rally, and was shocked by the vitriol.

Juarez is undocumented. He immigrated from Peru and attended high school in Cranston, Rhode Island. After earning his associate’s degree at CCRI, Juarez was hired by Fresenius Medical Care as a social worker and scheduler for dialysis patients. Working full time for four years, Juarez was offered comprehensive benefits and high wages.

“I could see that [at Fresenius] you needed a degree to make more money,” says Juarez. So when Fresenius Medical Care relocated to Atlanta this past year, Juarez accepted his severance, and enrolled at Rhode Island College (RIC) to earn his bachelor’s degree. This wasn’t an easy decision—his tuition for the first semester was more than half of his severance pay. But he is confident that it was the right one.

Juarez remains eligible for in-state tuition at RIC under a policy adopted in 2011 by the R.I. Board of Governors for Higher Education. Any student who has attended Rhode Island high schools for at least three years, regardless of their citizenship status, is eligible to receive in-state tuition at public institutions, according to the policy. The in-state tuition policy was not voted on by the state legislature, but enacted by the board, which has since been replaced by the R.I. Council on Postsecondary Education. Rhode Island is one of eighteen states with this in-state tuition policy, but one of only two states that passed the policy through a separate board decision.

Representative Grace Diaz (D) has served Providence’s District 11 since 2004. The first Dominican-American woman elected to state office in US history, Diaz has proposed legislation advocating for immigrants rights and child welfare throughout her six terms in office, including bills to eliminate housing discrimination and increase access to childcare for low-income families.

Since 2005, Rep. Diaz and District 2 Rep. Juan Pichardo (D) have attempted each year to pass a bill codifying the in-state tuition policy into state law, but they have never had enough support in the state legislator.

“The problem is that the majority of undocumented students are the lowest income people," Diaz explains in her State House office. "And on top of that, they don’t have any documents, so their families have no opportunities to work regular jobs,”

Like Diaz, the Coalition of Advocates for Student Opportunities (CASO), an activist group that has pushed to make higher education more accessible for undocumented students by, has provided resources to students while petitioning the state legislature. The Coalition also funds the Tam Tran Scholarship, which provides additional financial support to undocumented students attending college.

“It’s not an economic factor, it’s an educational and a human factor,”  Marta Martinez, one of the founding members of CASO, says to me at her office in Providence’s West End.

Martinez remains committed to getting the policy codified into state law. Most importantly, she is concerned that “as quickly as we enacted the policy, another Governor could decide it is over.” Rep. Diaz sends the bill to the fifteen member Education Committee every year, but each time, the bill gets redirected to the Finance Committee where it is denied. “We can’t get it out of committee,” Martinez says, “even though we work day in and day out.”

But this frustrating cycle has the potential to significantly change as a result of Governor Raimondo’s proposed fiscal 2018 budget, which includes a program providing two years of free tuition to students who attend Rhode Island’s public colleges. This benefit would be available to all students who have attended three years of high school in Rhode Island, regardless of their citizenship status. According to the Governor’s estimates, free tuition would cost the state an estimated $30 million a year. The bill has not yet been approved by the General Assembly.

Juarez remains optimistic regarding the new program. “It’s about time that Rhode Island took the lead on something and not just followed,” he says. Since he’s graduating RIC this semester, Juarez will not directly benefit from Governor Raimondo’s proposed legislation. But he knows many undocumented students who could. 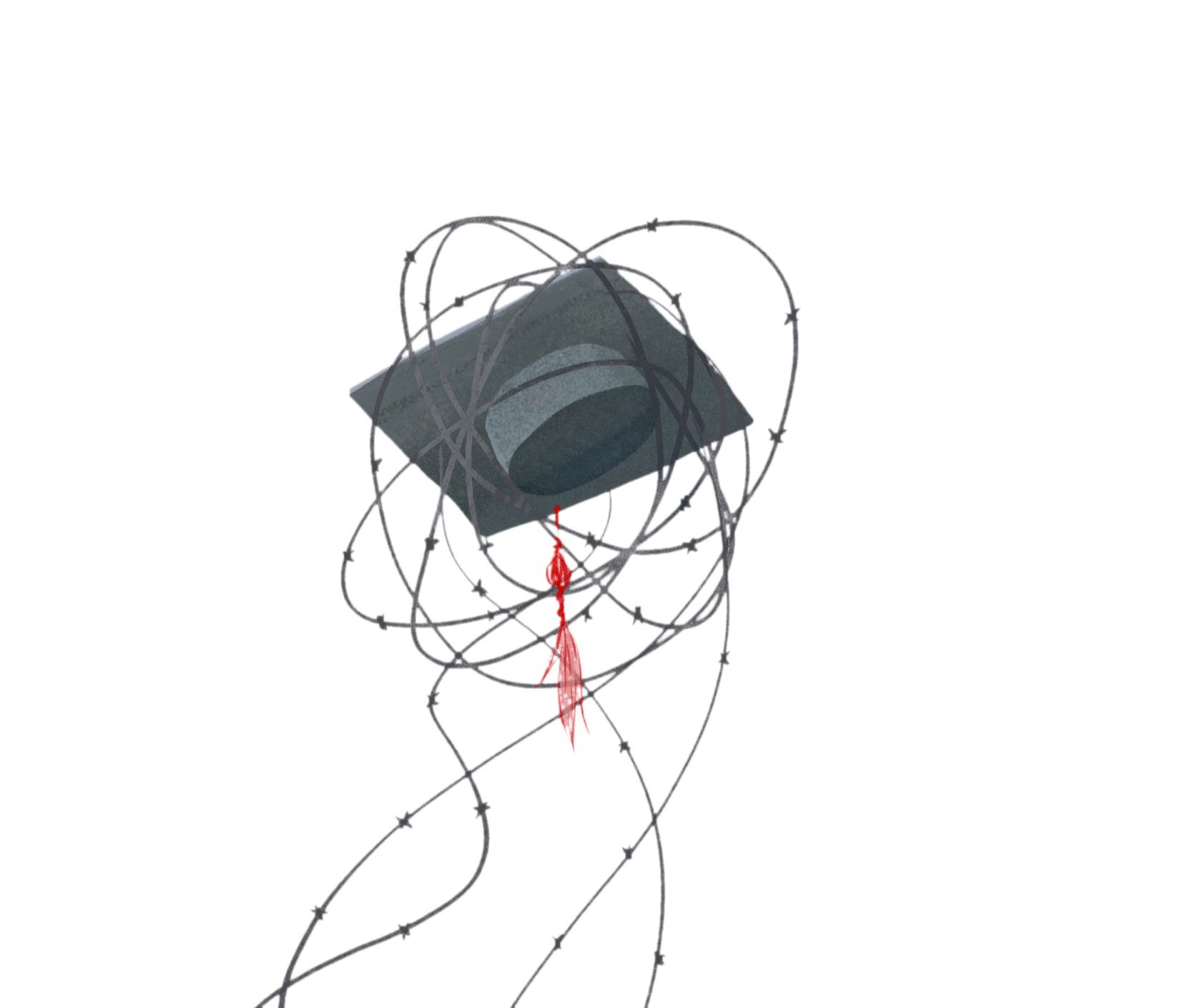 “A big part of it is that folks don’t know about this,” says Daniel McGowan, a reporter for WPRI. Citing political opposition to the policy, McGowan blames the government for the lack of public information available about the policy.

Simon Moore, the founder of College Visions, a Providence organization providing advising and financial support for low-income and first-generation college students, offers a different explanation. He cites a lack of institutional support and educational resources as primary reasons for the policy’s disappointing results thus far. “It is one thing to say undocumented students can get in-state tuition, it is another thing for our public higher education institutions to say we are embracing the idea that undocumented students are coming to campus,” says Moore. He believes that more work has to be done in order to dispel “legitimate concerns about what extent they [undocumented students] are going to be welcomed and embraced on campus.”

Moore emphasizes that mental health services and peer support groups are also necessary to make sure undocumented students feel safe in their educational environment and successfully graduate at the same rate as their documented peers. “We need to understand this as a holistic youth development issue,” Moore adds. “One of the challenges for undocumented students is a real sense of powerlessness and unknown for the future.”

Juarez explains that financial burdens are likely the primary reason why so few students have taken advantage of the policy. “I play soccer with a lot of young people,” he says, “and they always say they want to go back to school, and they know they have in-state tuition, but they don’t have the bare minimum funds… just to register for classes.”

The Rhode Island Board of Education is slated to vote on a potential tuition hike at all of the public higher education institutions, which, according to the Rhode Island Council on Postsecondary Education, would increase the price of RIC by $600. Juarez worries that the hike will put an even greater strain on undocumented students. The Tam Tran scholarship, run by CASO, provides only $500 to the undocumented students they support, which is the equivalent cost of one class at CCRI. According to Martinez, CASO is actively trying to raise money in order to increase the size of the award.

Some lawmakers and lobbyists like Terry Gorman, President of Rhode Island for Immigration Law Enforcement (RIILE), are concerned that the in-state tuition policy is not constitutional. RIILE has consistently opposed the policy, and is working to repeal it by petitioning the state legislature. According to Gorman, the existing policy is in direct violation of three laws which make it illegal to give benefits to undocumented immigrants. One of these laws, 8USC1324, states that if the government gives in-state tuition to undocumented immigrants, the government must provide in-state tuition to all students regardless of state residence. Because of this, Gorman believes that any out-of-state student could sue Rhode Island.

The CASO website counters this argument, stating that the in-state tuition policy is based on high school attendance, not residency, thus eliminating the potential illegality of the policy. Additionally, CASO emphasizes access to education as a human right and a necessity for undocumented students who have lived the majority of their lives in the United States. In order for Rhode Island to compete in the globalized economy, CASO asserts, the government must work to support an educated workforce, which includes talented undocumented students who strive to achieve upward mobility through higher education.

On November 8th, Juarez stayed up late into the night to watch the Presidential election results. When it became clear that Donald Trump would be the next President of the United States, Juarez set his alarm for 7AM. First thing the next morning, Juarez went to the Department of Motor Vehicles to renew his driver's license. He had not renewed his DACA (Deferred Action for Childhood Arrivals) status, a 2012 immigration policy enacted by President Obama that provides work permits and relief from deportation to undocumented immigrants who arrived in the U.S. as minors. Denied a new license, he returned home immediately to overnight his DACA application. His DACA status has since been renewed, and extends to 2019.

“That is something I wouldn’t have done if Clinton was elected,” Juarez says. Because Trump has promised to repeal DACA if elected, Juarez is trying to protect himself from deportation for at least two more years, which is the duration of a DACA renewal. Martinez told me that Juarez’s anxieties are common among undocumented students. “On election night, my phone went off like crazy. I got texts from every student I work with,” she says. There is little concrete advice that she can offer, as Trump’s future policies are so unknown. “I turn to the individuals themselves to offer support and calming words,” she says. “That’s all I can do.”

Trump’s presidency also reduces the likelihood that the policy allowing undocumented immigrants to receive in-state tuition will be codified into state law. Gorman says, “Hopefully the deterrent created by Donald Trump being President will be a deterrent to pass a law to give in-state tuition to illegal students.”

According to Rep. Diaz, “If Trump got rid of DACA, there is less chance that anyone here will vote for undocumented students. The Speaker [Rep. Nicholas Mattielo (D)] has a tough race, and his district is pro-Trump. Because his district is against immigration, he will not help us to pass it.”

“But the chances of gaining support outside the House is bigger," adds Rep. Diaz. "Because more and more people want to fight back.”

Juarez is studying for the LSAT, and hopes to attend law school when he graduates from RIC. However, he worries about the cost of law school, “I am currently planning on how to pay for law school. It’s not going to be $8,500 like at RIC, it’s going to be $120,000," he says. "That’s the predicament I am in.”

Juarez first realized he wanted to attend law school when he encouraged an undocumented friend to attend CCRI. He told him about in-state tuition eligibility, showed him scholarship programs, and set him up with the CCRI soccer coach. “That was rewarding to me,” Juarez says. “I just want to help people,” he adds, and becoming a lawyer seems to be the most expedient way to do that.

“Some people assume their destination is predetermined, but they can totally change that, they just need to do the work,” Juarez says. He wants to support his fellow students, undocumented and otherwise, as they take their future into their own hands. “I know how hard it is, and I know I’m not the only one.”

KATRINA NORTHROP B’19 believes in the right to the highest attainable standard of education.