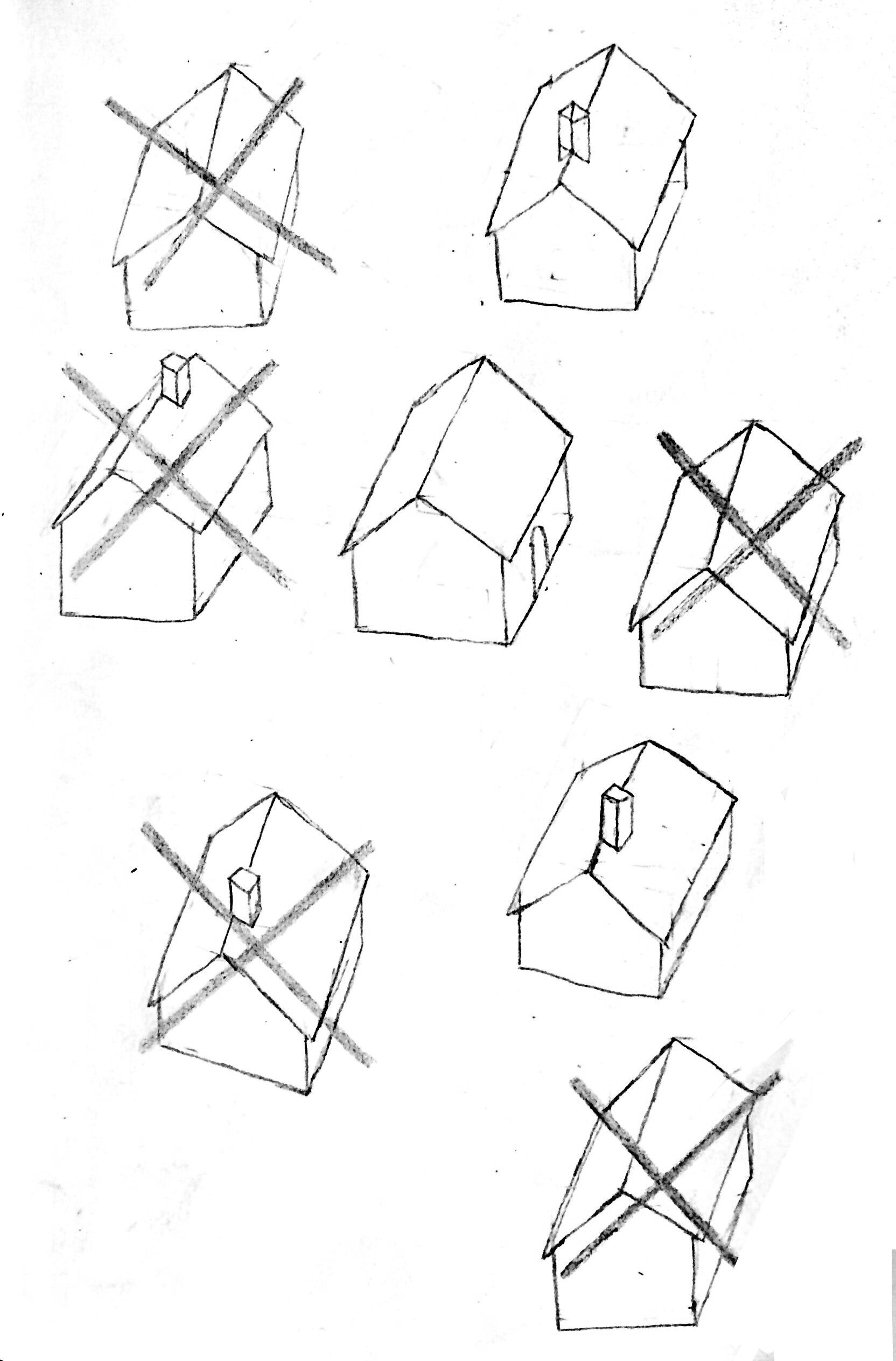 “Wir schaffen das,” insisted Chancellor Angela Merkel in late August of 2015 when she announced Germany’s open door policy to welcome and house refugees seeking asylum in Western Europe. This deceptively simple assertion that “we can do it”—a catchphrase reminiscent of President Obama’s iconic “yes we can”—rings increasingly hollow in light of Germany’s growing inability to account and care for the refugees that have crossed its borders in record-shattering numbers since that summer.

Nearly two years after committing to providing sanctuary to refugees risking their lives to enter Europe, and despite Chancellor Merkel’s unwavering commitment to her open door policy, the German government is beginning to reassess its promises. Days after Merkel’s Christian Democratic Party (CDU) suffered huge losses in Berlin’s regional elections last September, the Chancellor spoke publicly about concerns that she had lost control of the refugee situation. In an atypically personal address, the Chancellor disclosed, “If I could, I would turn back time by many, many years to better prepare myself and the whole German government for the situation that reached us unprepared in late summer 2015.”

Merkel’s administration has begun to make concessions to a growing constituency of resentful German voters—likely in hopes of winning a fourth term in the 2017 federal election. CNN reported Merkel’s popularity ratings at 45 percent, a five-year low of her eleven years in office that is expected to decline further. The Wall Street Journal reports that half of all Germans are opposed to granting Merkel a fourth term because of her refugee policies. Consequently, the German government has begun taking steps to curb the influx of refugees. While speaking at an event days before Merkel issued her her own placating remarks, Vice Chancellor Sigmar Gabriel offered support for an “upper limit” on refugees entering the country.

Al Jazeera reported last week that Germany will begin sending many refugees back to Greece beginning in March. The criterion for this resolution, publicized this past January, are set by the European Union’s Dublin regulations, which assert that refugees can only file for asylum in one EU member-state, the first upon which they set foot. This policy will place greater strain on Italy and Greece, who the Pew Research Poll reports have both received over 160,000 asylum seekers, many of whom are from Libya—and these figures don’t include refugees who travel to Greece through Turkey.

The Dublin regulations were established at the Dublin Convention in 1990 to reduce the amount of asylum seekers who are endlessly transferred from one EU member state to another. But this regulation has been difficult to enforce. The ability to track refugees traveling through Europe requires fingerprinting new arrivals. Italian officials often don’t take fingerprints of refugees that land on their shores because Italy hasn’t allocated the resources to support them if they are sent back. Similarly to Italy, Greece is not well-equipped to handle the greater amounts of refugees that they receive because of geographical happenstance. Even before Germany begins the process of sending refugees back, Greece is already struggling to manage its own influx of refugees—and has come under fire, according to Al Jazeera, for “not acting quickly enough to ensure that all refugees are adequately housed.” It is currently unclear how refugees with no recorded point of entry will be treated in Germany.

The German government also announced last week that they will begin offering asylum seekers, who are expected to have slim chances of success in Germany, up to 1,200 euros to leave the country on a voluntary basis. The government has budgeted more than 40,000,000 euros for the expense of what they have termed the StartHilfe Plus Program, which went into effect this past Wednesday. The plan has been marketed as a method of avoiding the violence of deportation. But it benefits the German government far more than any refugees. The operating costs for the StartHilfe Plus Program are substantially lower than the cost of tracking down and deporting asylum seekers. While it remains to be seen how effectively the plan will be implemented, the program seems an unattractive option for people who have already invested large amounts of time and money and risked their lives to get to Germany in the first place.

Hoping to stem the flow of refugees from Northern Africa, leaders from the European Union have also made plans to work with the government of Libya to inhibit migrants seeking passage to Europe through the Mediterranean Sea. The central points of this agreement with Libya include: increasing coastguard training, uncovering and obstructing smuggling routes, and increasing European involvement in the region to improve the economic conditions. A World Bank report explains that Libya, embroiled in political and civil conflicts, is on the brink of economic collapse. The new plan is an effort to prevent refugees from reaching European soil, to displace an ongoing crisis beyond Europe’s sightline. Outspoken critics of the agreement include Médecins Sans Frontières, who have denounced the endeavor to return people to, and block people from leaving, a country that “makes a mockery of the EU’s so-called fundamental values of human dignity and rule of law.”

In its most ideal version, an open door policy allows all those seeking refuge a comprehensive network of support, but the German government may not have anticipated the sheer number of people who would cross their borders. Germany received over 1.1 million people seeking asylum in 2015, according to the German news outlet Deutsche Welle, a number which the United Kingdom’s Independent estimates dropped to 280,000 in 2016 with 430,000 backlogged cases. Der Taggesspiegel, a German daily, stated that Germany received more applications from asylum seekers than the rest of the European Union countries combined. And while many are ultimately turned away, priority is given to those fleeing war zones such as Syrians, 95 percent of whom are granted asylum according to Deutsche Welle. Because conceptualizing figures on this scale can be difficult, The Atlantic’s Heather Horn describes the influx of migrants in other terms: “Imagine between two and three times as many undocumented immigrants as enter the United States each year all heading to California, asking for asylum.”

While countries like Hungary, according to Der Spiegel, greet refugees with “water cannons and tear gas,” the German government has sought to create spaces for refugees despite governors from each of Germany’s sixteen states reporting shortages of beds, doctors, teachers, and other necessities for housing migrants set for indefinite, if not permanent, stays. The refugee crisis, nativist fears that the country will be overrun with foreigners, and the subsequent strain on German resources has damaged support for Chancellor Merkel and fostered a new radical right.

Right-wing nationalist populism is gaining traction throughout the country. Fears of economic collapse fused with xenophobia have mobilized violent, Islamophobic rhetoric. Alternative for Germany (AfD)—a 3-year-old right-wing nationalist political party that has received mounting support in recent elections—declared in their 2016 manifesto that “Islam is not for Germany.” While the refugees traveling to Germany are predominantly Muslim, the Pew Research Center reports there were 4.8 million people who identified as Muslim in Germany as of 2010—that’s 5.8 percent of the population while the current influx of refugees totals roughly 1 percent of Germany’s 80.6 million residents.

Germany has made greater, more progressive, strides to welcome asylum seekers than its European counterparts. The process of traveling to Germany and of obtaining asylum or a path to citizenship is often drawn-out and harrowing. Moreover, the Guardian reported in 2015, when public support for welcoming refugees was at its highest, “arson attacks on refugee shelters continue on a daily basis,” and that “reports of refugees being greeted at the doors of their new homes by neo-Nazis humming Third Reich songs or being pelted with banana skins [were] not uncommon.” To quantify this experience, Deutsche Welle published the results of a report from Germany’s Federal Criminal Police Office (BKA) citing 970 attacks on centers for asylum accommodations and 2,396 crimes against refugees in public throughout 2016. It would be naive to assume that refugees ever tread on German soil with ease.

Chancellor Merkel continued to defend her open door policy despite a series of four unrelated attacks committed by Muslim extremists in Germany last summer, after which her approach was denounced by citizens and fellow government officials. These attacks, paired with bombings in France and Belgium, have led to growing resentment of Muslims in Western Europe.

While Merkel still backs her open door policy as “absolutely right,” public support has waned. The initial response to the open door policy was positive, with a Zweites Deutsches Fernsehen poll reporting a 66 percent approval rating for the government’s decision to widely accept asylum seekers arriving in Germany. But current public opinion of Germany’s commitment to refugees coming predominantly from the Middle East and Northern Africa is in sharp decline.

On December 19th, 2016, Germany was rattled again by an attack on a Christmas market in Berlin. A Tunisian man who had been denied asylum crashed his van into a crowd, killing twelve people and wounding fifty. AfD termed the victims of Germany’s deadliest terrorist attack in decades “Merkel’s dead.” The challenges of welcoming over a million refugees from Northern Africa and Western Asia so quickly into a country that the CIA World Factbook lists as 91.5 percent ethnically white—and overwhelmingly Christian—have led to increasing support for the far-right and vehemently anti-Muslim AfD. Deutsche Welle describes the platform of AfD as one built upon Nazi-like rhetoric, climate change denial, xenophobia, and Euroscepticism. This breed of right-wing nationalism has gained notable support throughout Germany, ranging from the progressive city of Berlin to more rural parts of the country—especially in the former German Democratic Republic, East Germany, where unemployment is decidedly higher and where residents earn less on average than their western counterparts.

The door, which was never fully open, is closing. Merkel and the CDU are buckling under the pressure of growing resentment toward their policies. The CDU and other popular parties will likely continue to backtrack and shift their platforms further to the right.

Perhaps those who oppose Merkel’s open door conceive of national borders as preordained truths, not social constructions. Lines are drawn in sand, lodged in mountains, designated by rivers, fought over in blood, and eventually settled on paper. Immigration policies determine who can pass over these lines effortlessly and who—at the whims of others—are forced to abandon their homes and risk their lives. The countries comprising Europe and North America are largely to blame for instability and violence throughout the region of North Africa and Western Asia. Legacies of economic exploitation, wars, occupation—often justified through abstract claims to moral virtuosity—have left ruptures in formerly colonized countries.

Michael Müller, the mayor of Berlin, warned his city this past September that if Alternative for Germany scored in the double digits in the capital city’s elections, it “would be seen around the world as a sign of the return of the right-wing and the Nazis in Germany.” AfD won 14.2 percent of the vote. Chancellor Merkel’s hopeful “wir schaffen das,” seems less and less likely.

HANNAH MAIER-KATKIN B’18 doesn’t believe in an upper limit.