Outcroppings from the botanical margin 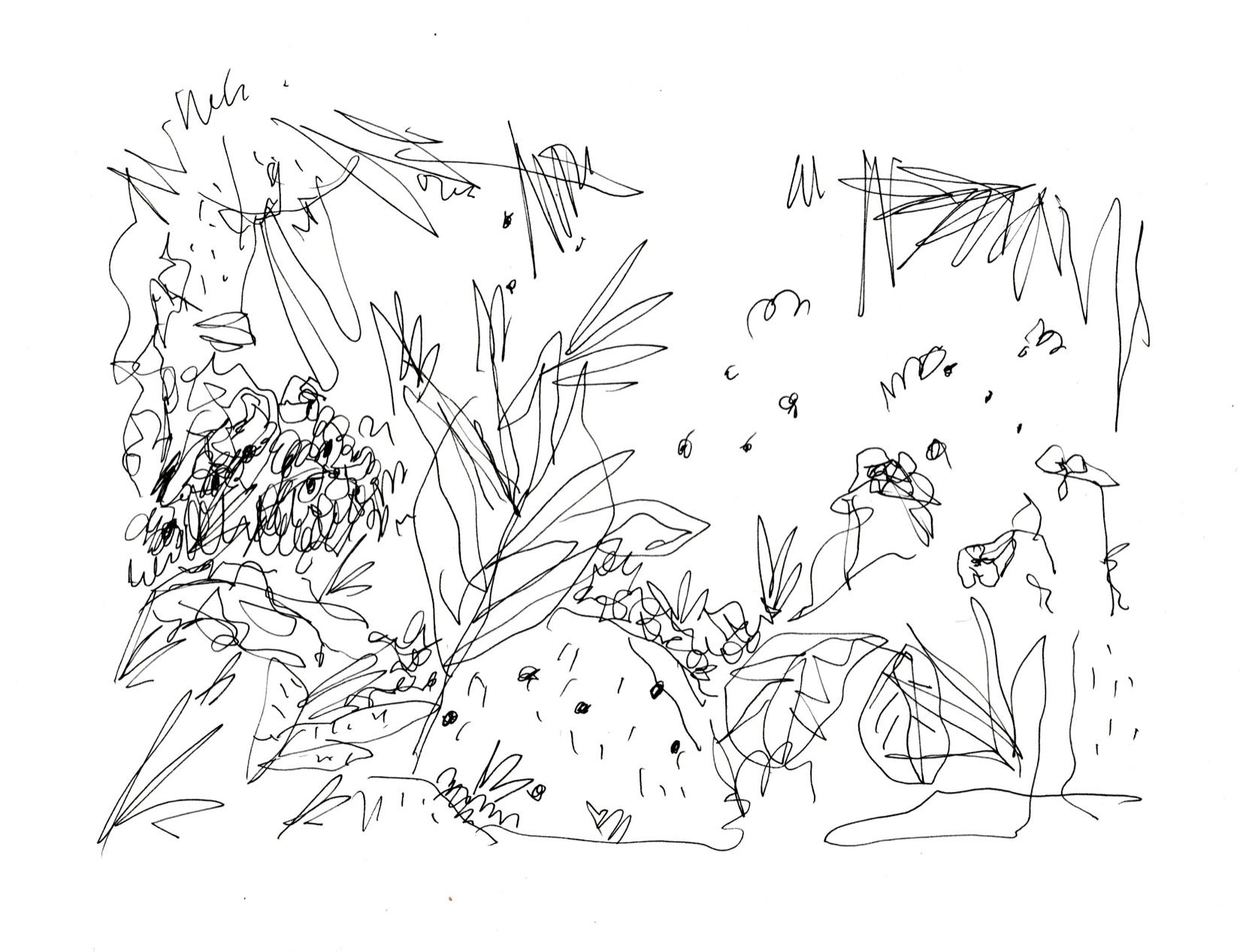 Ashes to ashes—all dead in there?

I’m at the Brown University Herbarium. Working. Looking at some specimens—dead plants, really. One hundred thousand dead ones. Each individual is meticulously strapped to oversize paper sheets. Pasted in the lower corner of each is a small card—a toe tag—containing the essential information: a species name, a date, and a locality. For hourly pay, I transpose all this data and the accompanying bodies into an online database.

What’s it like to be strapped to a piece of paper? Standard size, regardless of how big or little you are. To be kept huddled amongst your distant relatives, but separated from the them by walls of paper? To be classified by type, figured in terms of your morphological features, and left in cabinets for 150 years? All of this, after being plucked toward death from your home (Tahiti? Siberia? Syria? Sonora?) by a paid collector of beings more or less like you.

What is lost in these cabinets? What is kept? One inquires into the contents of life itself.

“In a restricted sense... protoplasm is immortal: its vital activities have been continuous, without interruption from the beginning of life upon the planet.”

All new organisms on Earth are produced through two processes. Some cells pursue meiosis, or sexual reproduction, while others reproduce exclusively through asexual mitosis. By these two means, cells have perpetuated the entirety of the Earth’s genetic content through the millennia—but it was never only information being passed on. Metaphysically speaking, it is also the torch of life. Scientifically, it is the protoplasm—a vital substance endowed in the cell’s creation, and extinguished at its destruction. Between lies what we call a lifetime.

A herbarium assistant is an organism, too—an organism free to speculate, but generally busy with work. Here, it is to sort, type, and click. Stay pasting barcodes at the LCD aft of this faintly-refrigerated botanical crypt. Incidental that I, faced with the stream of remains, succumb to wanderlust.

Keith Basso, an anthropologist, records a story about an Apache man who ties barbed wire for work. He chews tobacco, and as he spits and wraps the wire, he lists off some names of places around his country. If you ask him what he is doing, he tells you, “I ride that way in my mind.”

I find myself riding, in my swivel chair, slipping across the surfaces of ink that pin the date to each. Each fragment of tribe, space, and time settles into a three-dimensioned frame. Some of the species I have seen living; some of the places I have visited in person. I take a particular pleasure in these familiar locales. But most of these places have arrived in my mental map as transfers from other crypts—atlases, texts, tongues. This one is a cyborg landscape, half encyclopedia, but anchored by the concrete proof of a body, labelled and strapped down. 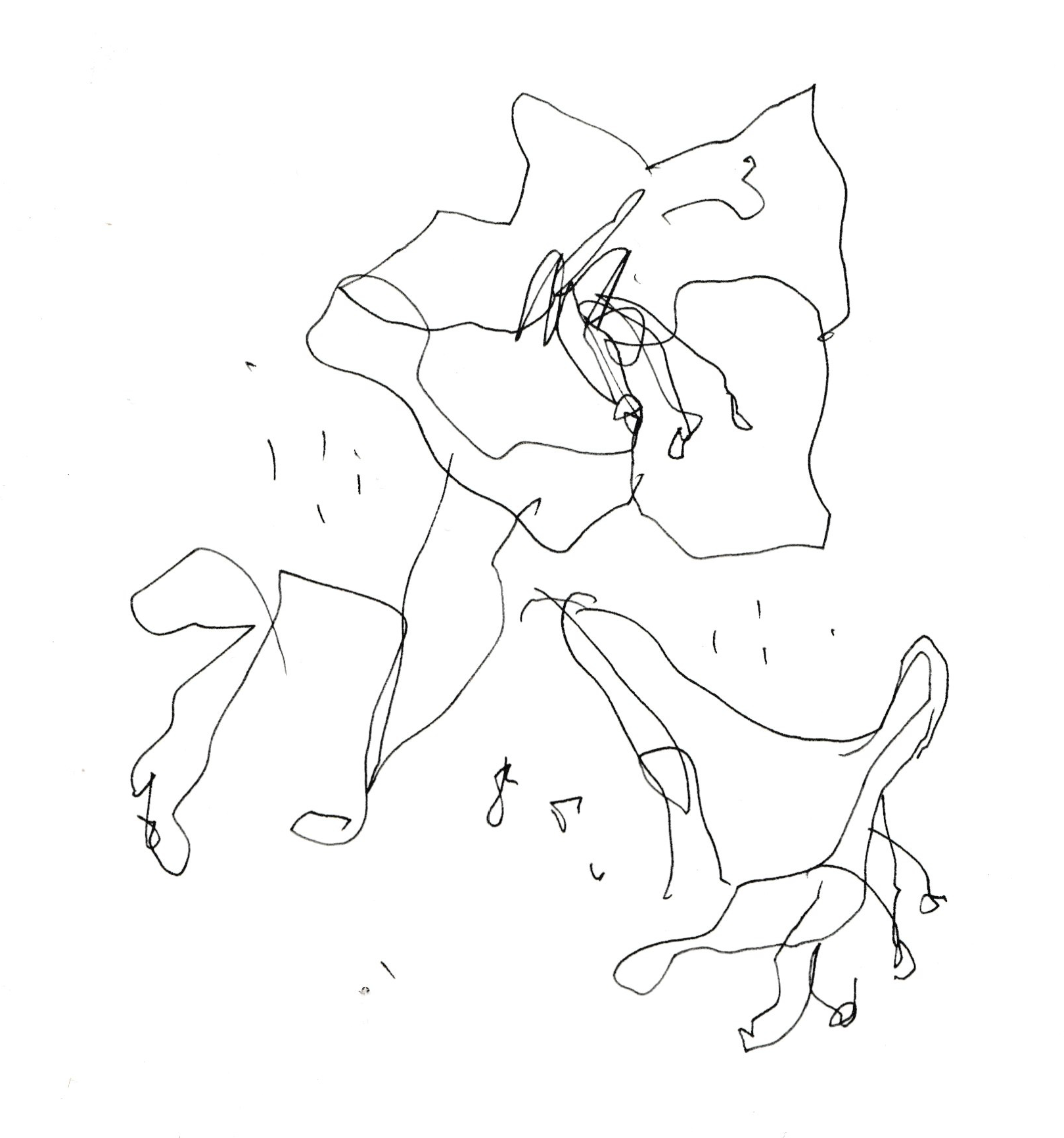 Information about the lives of the plants themselves—and on those watered them, knew them, needed them—is lost to a century’s indifference. Information is less scarce on the collectors. Searching the web yields a stream of stilted obituaries, lists of achievements, and a flurry of black and white photos. With an alchemy of dry air and noxious chemicals, western academics mummified plants in past centuries as part of an enlightened crusade to complete a taxonomy of living things. Collectors went out in the field. They stalked and re-staked the bounds of the living globe. It is by their handiwork that a herbarium assistant may ride through deceased pastures.

Whatever distance separates these two landscapes—the field, the crypt—lies in the hunt that transferred specimens from one to the other. The process was modest: a trained man boarded a train or a wagon or a ship. He wandered a land, selecting with an eye to stem and leaf from the vegetable matter that covers this planet’s brown skin. With sharp blades he cut them out and spread them across the sheaf; he bound them, and sent them here.

Alas, the vague profile of the prey makes for the harvester’s ambiguous moral standing. To take a rock is theft. To take a life is murder. But a plant?

“In this way all animal and plant forms have been produced, each being but the temporary dress of a proliferating mass of protoplasm; a detached mass of tissue which feeds, breathes, and often moves and perceives, for the better support and protection of the continuous living protoplasm.”

Regarding theft: what, really, is the difference between this mausoleum and the produce aisle? In both, the life has left the living. Fruits that might have seeded are plucked. Long limbs are hacked, and leaves stripped. The difference is in the fate of the material. Plant-parts perched along the produce aisle will be consumed and incorporated into new living forms. Here in the Herbarium, the cycle of life is ever deferred. Bodies remain suspended an inch above the reeking mass of abiota, strapped to the paper, just short of death. The air is parched. Some proud ancient has snatched them into limbo.

Regarding murder: I don’t expect anyone to believe that killing a plant is tantamount to killing a human. Maybe not even an animal. Still, I expect none to deny that a plant lives. If it didn’t, there would be no grain, no produce aisle, no life cycle. Each and every one of the grasses, herbs, and trees in the Herbarium has lived. They may have lived on. Those sharing tight quarters behind beige metal doors may have bloomed and seeded, brightening the same bog or cliff for a hundred and fifty springs and winters. The stuff of their selves would have scattered by the season to all corners. Their contents would have unspooled, following the seasonal switchbacks of rebirth to form a rippling spoor across space and time. Instead kept strapped to the paper is a dried flower.

And today, a Herbarium assistant withdraw that flower from the shelf, and places it… where? In a folder, right beside the door.

Of course, no specimens slither off. But, sorting hundreds of specimens at a time, a Herbarium assistant is liable to cause small amounts of damage to their spines and extremities. I watch little fragments splinter away—a shriveled hawthorn berry skitters across the matte black table; gold leaf like dust from the maple descends—and find their way to the floor. A fleck sticks to the bottom of my shoe as I exit the building—a wisp, stealing out from the coffin’s cracked lip.

“Even its death is an adaptation, for by this means new and perfect somata are constantly taking place of those whose usefulness as guardians of the protoplasm has become impaired by the inevitable injury to which organisms are constantly exposed.”

I hesitate to plunder the thieves’ den. Willing to part with the odd twig, I cannot stomach the thought of losing full segments of this landscape carved in limbo. Its contours and its rhythms are familiar. There are distances and déjà vus, short-cuts and traverses. There is vitality in these bundles, these snapshots, these outcroppings. They exist as momentary extracts from the teeming mass of life, ever organized, fractured, and reorganized.

And still, the years will out-wait these cabinets. Piece by piece, all of this will re-enter the soil, and stretch anew toward the sky. Birth, rebirth, and the gap between. This gap is the map of concern.