Skeletons in the Water

The health of Earth's oceans 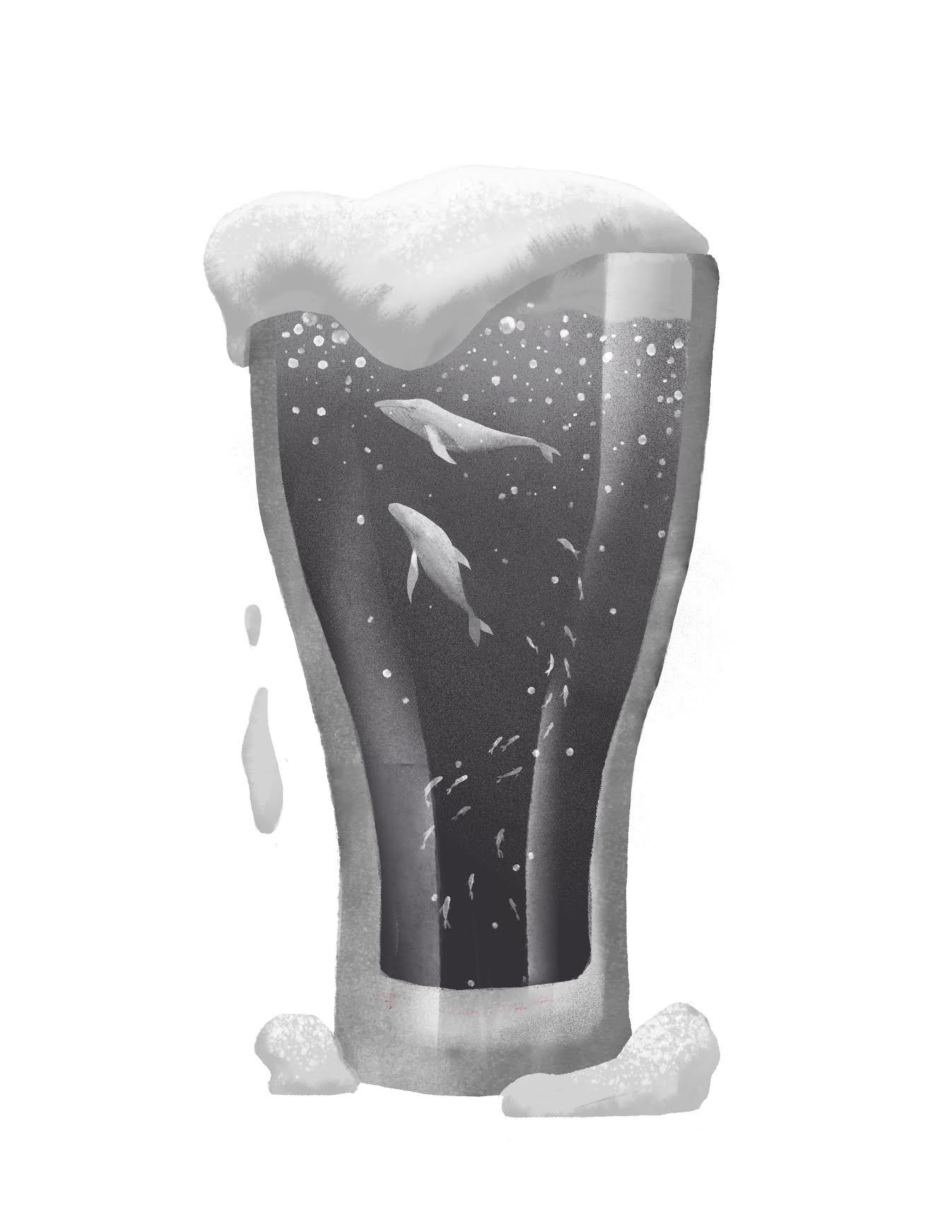 Earth’s oceans are much like human bodies. In the quest to maintain homeostasis, our bodies and oceans strive to resolve any perturbations and restore healthy, natural conditions. Rising atmospheric carbon dioxide levels are currently pushing our oceans further away from those natural conditions. Although we can reasonably predict how our bodies will respond to illnesses like the flu, though, we cannot fully grasp the extent to which oceans will respond to rising anthropogenic carbon dioxide levels. It’s completely unprecedented, and we’re diving into the deep end.

Though humans have only been around for the most recent 0.1 percent of the planet’s history, we have profoundly modified the Earth to meet our needs. Land use change, agriculture, damming, fossil fuel burning, and cement paving in cities have caused and continue to cause large amounts of carbon dioxide to be released into the atmosphere. As a result, current atmospheric carbon dioxide levels are the highest they’ve been in human history, and they show no sign of slowing down. Preliminary data released by the National Oceanic and Atmospheric Administration (NOAA), a part of the U.S. Department of Commerce, indicate that current atmospheric carbon dioxide levels are around 404.48 parts per million, and continuing to rise.

Though alarming, atmospheric carbon dioxide measurements don’t tell the whole story—only a fraction. In a 2004 study on the oceanic sinks for anthropogenic carbon, Christopher Sabine of the Pacific Environmental Marine Laboratory and colleagues found that about 34 percent of carbon dioxide released into the atmosphere by fossil fuel burning, cement production, and land-use change gets stored in the oceans, leaving the rest to get stored in the atmosphere and terrestrial biosphere. In fact, the oceans are the largest active carbon sink on Earth, holding more of Earth’s carbon than terrestrial biomass and the atmosphere combined. If the 34 percent of carbon dioxide produced by human activities didn’t dissolve into the oceans, Earth would be much warmer due to carbon dioxide’s affinity for trapping heat. This heat-trapping quality of certain atmospheric gases is known as the greenhouse effect. As anthropogenic emissions rise, a greater amount of carbon dioxide is dissolved into the oceans.

Many of us have encountered dissolved carbon dioxide before in the form of carbonated drinks. However, unlike a can of soda, the uncapped oceans instead transform carbon dioxide into aqueous chemical compounds. The dominant carbon varieties produced by carbon dioxide and water increase the relative acidity of the ocean. For most of the oceans, the pH range is tight—pH scale ranging from zero to 14, most ocean waters fall only between 7.6 and 8.5. High anthropogenic carbon dioxide production threatens this delicate range. The increased acidity greatly threatens marine organisms with calcium carbonate and aragonite shells such as clams, oysters, quahogs, scallops, conches, and corals. Under acidic conditions, it requires more energy of these organisms to build their shells and skeletons because the acidic waters can actively dissolve them. If it’s not energetically efficient for these organisms to build their shells or skeletons, then they’ll stop. This threatens vast marine species populations.

Rising ocean acidity isn’t new. During the last ice age, the significant loss of plant life freed up a large amount of carbon, which, like 34 percent of anthropogenic carbon dioxide today, found its way into the ocean. The resulting acidification affected living marine organisms at the time, literally dissolving them alive. But it didn’t stop there. It extended deeper, and greatly disturbed the graveyards of marine organisms below the surface.

When heavy marine organisms die, they sink into the depths of the ocean slowly. The water strips the bodies of all nutrients leaving only their skeletons and shells behind. This process occurs again and again, and the remnants accumulate on shallow marine shelves and deep ocean surfaces over time. However, when the oceans become acidic as they did during the last ice age, the accumulated skeletons of marine organisms begin to dissolve, and this dissolution ultimately restores ocean water back to its previous pH range. Unlike a recovery from a cold or flu which takes days or weeks, the recovery from ocean acidification takes between 5,000 and 10,000 years. As long as enough skeletons are present, the oceans can dissolve them during acidic periods and maintain a pH which supports extant marine life.

Due to the unprecedented nature of anthropogenic carbon dioxide production, Earth and environmental scientists can’t refer to history textbooks to determine the exact effects of human-induced ocean acidification. Instead, they must refer to ocean modeling. Using mathematical modeling to incorporate the major feedbacks and processes that dictate oceanic carbon dioxide dissolution, ocean modeling predicts how they will respond to rising carbon dioxide levels in the future. According to the Geophysical Fluid Dynamics Laboratory/Princeton coupled climate model, the rate of oceanic uptake of carbon dioxide may begin to slow as soon as 2025 in some scenarios.

It can be tempting to think that the end is nigh considering all of this information. But, geologic change acts on long, long timescales—far longer than our lifetimes. The oceans will respond to changes in ocean acidity over the next thousands of years, and we’ll observe and monitor it to further our own knowledge about how the ocean works. Maybe by then humanity will have found a way to sequester or end anthropogenic carbon dioxide emissions altogether.

It’s equally tempting to feel hopeless about our oceans in the face of climate change. But the only way to cope is by taking action, no matter how small the effort may seem. Anyone can take simple steps to reduce our collective carbon footprint. Donating a dollar or two to research that tracks Earth geological systems is an easy contribution for anyone who’s financially able to do so. Non-scientists and scientists alike must work together to make sure that climate change denial has no stage by addressing falsehoods about climate when we see them. And in an era where falsehood thrives, messaging is key. We can make sure to share our support of sustainable environmental policies at the local, state, and federal levels. There is no easy, catch-all solution to our climate and ocean woes—but our only redemption is the willingness to try something.

FATIMA HUSAIN B’17 is ready to dive in.