An interview with Dave Zirin 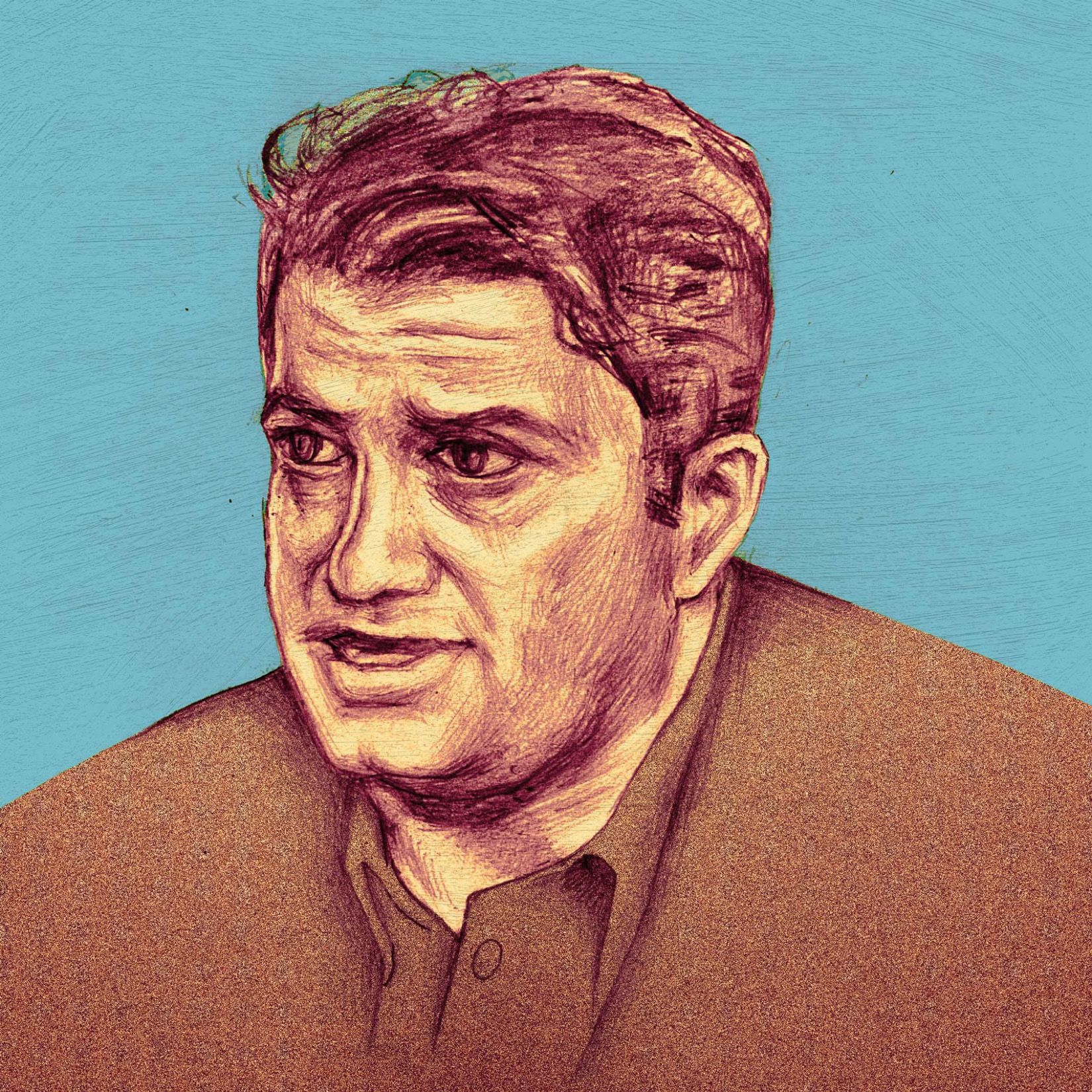 Dave Zirin is a sportswriter at the Nation, whose work can also be found at the blog Edge of Sports. He covers the intersection of sports, politics, and social justice. In 2016, Zirin provided extensive, critical coverage of corruption by Olympic and Brazilian officials and forced displacements at the Rio Olympics, locker room rape culture, and the legacy of Muhammad Ali following the legend’s death. Additionally, he followed NFL quarterback Colin Kaepernick’s national anthem protest and owner as well as coach endorsements of Donald Trump. His work on the politics of sports has been awarded and recognized by the New York Press Club, Northeastern University’s School of Journalism, the NAACP, and PEN America, among others. Recently, the Independent spoke with Zirin over the phone about Kaepernick, compensation for college athletes, and the role of the Ivy League in college sports.

The College Hill Independent: As you detailed in your article “2016 in Sports: Joy and Resistance While the World Burned,” there was really a wide range of protests from athletes this year. But the most notable was Colin Kaepernick. Why do you think his protests lost steam throughout the year? Certainly many people, myself included, learned the third verse of the national anthem, but what did his protests accomplish?

Dave Zirin: It didn’t lose steam, it just got swallowed by the election and its aftermath. It didn’t fade because fewer people participated but because it was overwhelmed by other things. Kaepernick spread the protest to high schools, middle schools, and more, but the media is like a cat on a laser pointer. The election took all the oxygen out of the room and moved the discussion away from police accountability to how we can survive a Trump presidency; Colin and the people around him and other athletes didn’t stop.

In terms of accomplishments, it started conversations that needed to happen and it promoted discussions in spaces that otherwise have the luxury of removing themselves from the discussion of whether the police represent a threat or a safe space. It was electrifying because he took a side—he wasn’t trying to build a bridge. It inspired others who felt the same way, but who weren’t connecting with the ESPY awards ‘build a bridge’ arguments [made by Dwyane Wade, Carmelo Anthony, Chris Paul, and Lebron James]. The question ‘what did it accomplish’ comes from a misreading of the history of athletic protest—the history of sports and struggle is how athletics feeds into and accelerates broader struggles.

The Indy: On a bit of a different topic, you’ve also written about stadium construction and public funding. The new Rams stadium in LA and the Warriors’ new stadium in San Francisco are both privately funded, which seems like an improvement. Does private property and funding solve some of the issues of stadium placement and renovation? How can we protect low-income communities of color from such destruction and displacement?

DZ: Even if it is privatized there are all sorts of tax breaks. When owners say ‘oh, it’s privately funded,’ it’s actually heavily subsidized through tax breaks and the like—the Warriors are getting real estate in San Francisco, you might as well hand them a suitcase full of platinum. So a lot of that is spin. There are these strategic hamlets of gentrification, so it will take anti-gentrification movements and affordable housing movements to ensure that those areas are maintained. You know the phrase ‘you can’t be just a little bit pregnant’? That’s not the case here—there really is such a thing as greater or lesser evil stadium construction deals, and you can sand away the worst effects of them. It comes down to public officials basically blackmailing owners—saying, ‘you can’t build unless you build affordable housing, make equal investments in infrastructure,’ et cetera. Because it’s not an investment in urban infrastructure, it’s a replacement for it.

Or you can end up like Atlanta—the Braves have a relatively new stadium and they move to the suburbs. There are too many stadiums. It’s highly racialized in Atlanta: it’s a majority-Black city, and you’re moving the stadium to the suburbs. There’s just a chance for free, cheap money over there. It’s the same with the Georgia Dome, even in a city that needs infrastructure spending and doesn’t have a real history of supporting the football team.

The Indy: You’ve also been writing recently about paying college athletes and in particular college football players. Will we ever see paid college athletes? What needs to happen in the government or the NCAA for us to get to that point? I know there was the recent court case [O’Bannon v. NCAA] about athletes being paid for the use of their image.

DZ: It won’t happen with these courts. But I’m a big believer that the center will not hold. Dabo Swinney [head coach of Clemson football] just made $6 million! The last time they won a title the coach made $50,000. That tells you that there’s a profound economic change at the base of the sport. It’s absurd. There’s been a mild shift for the athletes with the new stipend [at major sports programs for laundry, snacks, and other small costs], but that’s a drop in the bucket. It was clearly meant by the NCAA to avoid an instance such as Northwestern [whose football team tried to unionize]. Piecemeal reforms will come, and players at the top have the most capacity to drive change. But all the players are talking about payment and that’s a huge change, people are speaking out about it, and it’s in the public consciousness.

Some people have a magic wand theory about college sports. If I could wave a magic wand I would turn athletic sports participation at schools into a graduation requirement, make it as least ‘jock’ as possible. Many people see physical fitness and teamwork as good values! There are schools that make them a compulsory part of education, as when radical athletic director Jack Scott at Oberlin was in charge. I would change college basketball and football from being minor leagues, from being multi-billion dollar systems of indentured servitude that are heavily reliant on Black labor—the same two sports with the highest proportion of Black athletes.

The Indy: I think the Ivy League provides an interesting example because they don’t have formal athletic scholarships; instead, they give often need-blind financial aid that everyone pretends isn’t for athletics. And that gives athletes some agency because they can quit the team and keep their money and their place at the school, but it also glosses over the fact that athletics is really the primary job of some people at these schools. What do you think of the Ivy League’s approach?

DZ: With the Ivy League, there’s such a small minority of students who are able to juggle high academic and high sporting ability, and the Ivy League gets to pluck them. It’s really an unrealistic sample size about the amount of time, energy, and luxury that it takes to play those sports. We’re way past the days of seeing a kid playing on the street and saying, ‘give that kid a scholarship.’ It takes so much money to play high school sports and be in that pipeline. So it would be interesting to  look at the class of Ivy League athletes and see where they’re coming from—it takes a tremendous support system to be able to achieve as a teenager.

The Indy: This past semester also saw several Ivy League schools suspend various sports teams, such as Harvard men’s soccer, Columbia wrestling, and Princeton men’s swimming and diving for racist, misogynistic, and homophobic behavior. But in the scheme of college sports scandals, these aren’t nearly the most extreme—this year we saw [Oklahoma football player] Joe Mixon continue to play football after the release of a video of him physically assaulting a woman, and worse behavior is routinely unpunished. Why has the Ivy League cracked down on these teams? Is it to preserve their image and powerful cultural influence? Will other schools follow suit?

DZ: You have to ask, why are schools taking this public stand? I’m not an Obama apologist—I’m quite the critic. But one of the things that the Obama administration did was expand Title IX’s capacity to prevent violence against women on college campuses. And that has scared administrators around the country because it’s made them liable. It’s a pocketbook issue. [University of Oklahoma football coach] Bob Stoops said as much about Joe Mixon and why he is doing something now. It was one of the more morally craven press conferences I’ve ever seen, but I appreciated his honesty. He said, ‘it’s not opportunism, it’s a very different world now than it was 2 years ago.’ The effects of Trump on Title IX will be interesting—laws are only as strong as they’re enforced. Has there been enough change in campus codes and consciousness to maintain this level? Or will schools just say ‘fuck it, the Department of Justice and Secretary of Education aren’t enforcing it, so why should we give a shit?’